In August of this year, the New York and Long Island audiophile societies, respectively known as The Audiophile Society and The Audio Syndrome, hosted Andrew Jones, vice president of engineering for Elac. Each audio society’s events are typically well-attended; however, this meeting, held at a member’s home, was packed to the proverbial rafters. This was due not only to the attendance of members from both clubs, but the opportunity to witness Jones demonstrate Elac’s newest active speaker, the three-way, floorstanding Navis ARF-51 ($3999.96/pair, all prices USD), and provide insights concerning its design. 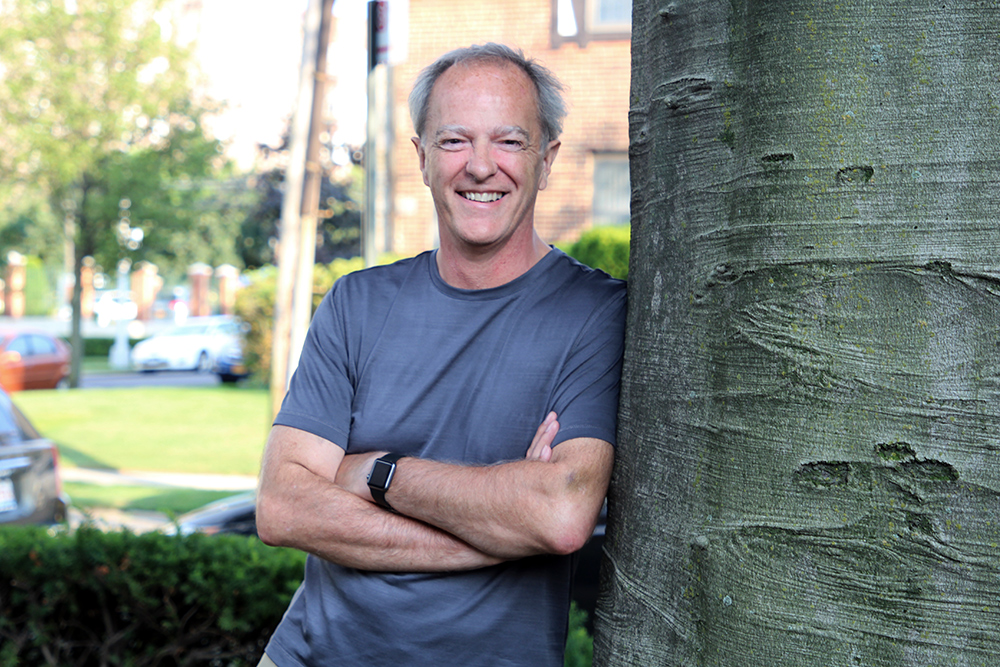 I arrived at the event a few minutes early to find Jones making a last-minute check of the playback system. We chatted a bit, during which time he told me that, in addition to the Navis ARF-51s, the all-Elac system consisted of the Alchemy Series DDP-2 preamplifier, digital-to-analog converter, and streaming endpoint ($2500); Discovery Series DS-S101-G music server ($1100) configured as a Roon endpoint; and Discovery Connect DS-C101W-G wireless transmitter ($399.99), the latter of which uses Elac’s proprietary AirX2 technology to connect to each speaker’s wireless receiver at 16-bit/44.1kHz. All tracks played at the demo were from a hard drive connected to the Discovery server. Cables were by AudioQuest.

Jones told me during our pre-event discussion that with the Navis models, Elac is testing the waters in the active-speaker market, which is now growing despite the fact that audiophiles have historically resisted such products. Conversely, Jones stated, for the last few years, the market for large, passive speakers has declined. Elac has recently grown, he asserted, only by capturing market share from other manufacturers.

When I asked Jones about the challenges of designing active versus passive speakers, he politely indicated that he would cover that topic during the presentation. I took that as an opportunity to head for the food line, which by then had grown to be substantial. 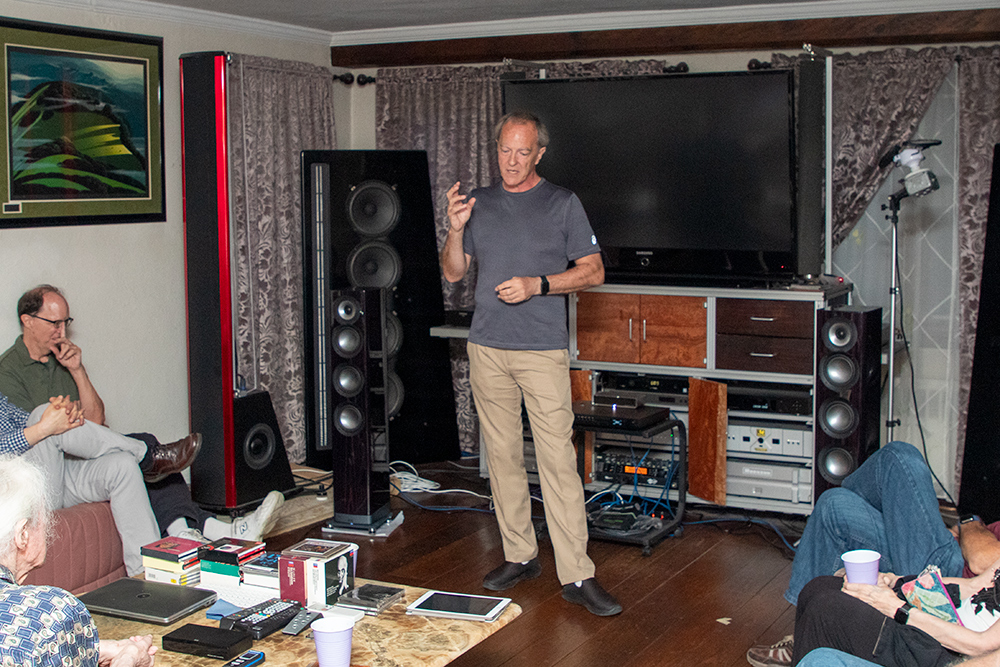 We’ve been following the historical market acceptance (or lack thereof) of active speakers for quite some time. Back in May of 2017, for example, SoundStage! publisher Doug Schneider wrote an article for SoundStage! Hi-Fi titled “Is It Finally Time for Active Loudspeakers?” In April of this year, Gordon Brockhouse penned an article for SoundStage! Simplifi titled “Active Voices, Part One: Elac’s Andrew Jones,” in which he interviewed Jones regarding the topic. Most recently, in September of this year, Gordon’s review of the Navis ARF-51 appeared on Simplifi -- and he subsequently bought the pair to use as his reference speakers.

Jones began the presentation by noting that before joining Elac in 2015, he designed speakers, both budget-priced and spendy, for Pioneer and its high-end brand, TAD, as well as KEF and Infinity. Jones characterized the lack of market acceptance for active speakers with little diplomacy, stating that with the exception of some models offered by Meridian Audio, such speakers had “failed miserably” from a sales perspective. He noted, however, that DSP-based active speakers have long garnered acceptance in professional recording studios.

Jones then explained that the Navis ARF-51 is the bigger brother of the three-way Navis ARB-51 speaker ($1998.98 per pair). The ARB-51 uses the same drivers as the ARF-51, but is a stand-mounted design that contains only one woofer instead of the ARF-51’s three. According to Jones, the Navis line is not an active rework of Elac’s passive Uni-Fi speaker line. Rather, much of the Navises, including the drivers’ motor assemblies, cones, and magnet structures, are new designs. 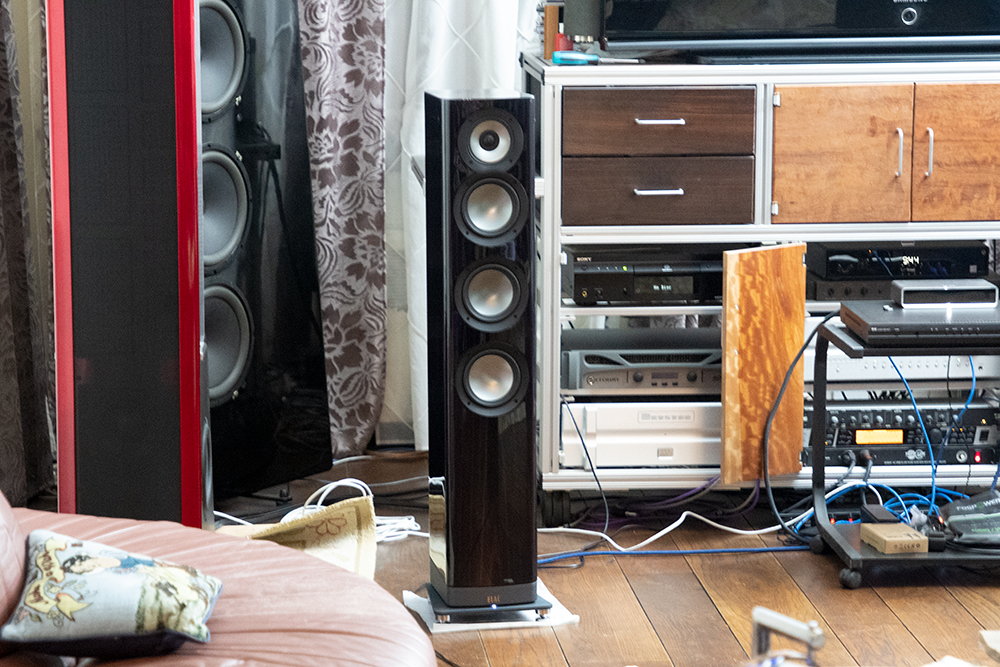 Each ARF-51 contains a 1" soft-dome tweeter that is coincidentally mounted within a 4" aluminum-cone midrange. The three woofers have 5.25" aluminum cones. The midrange driver and woofers are driven by dedicated Bridged Amplifier Switching Hybrid (BASH) amplifiers -- one 100W for the midrange driver and one 160W for the three woofers. Driving the tweeter is a 40W class-AB amp, which is somewhat less efficient than the BASH amps. The speaker has two sub-enclosures, an upper and a lower, with two bass ports at its lower rear.

Jones stated that since each amp is optimized for its respective driver or drivers, it needs to operate only within a limited frequency range. As he explained, this means that it operates into a relatively simple impedance and doesn’t require high current, which can create heat, and thus distortion and operational failures.

Jones also pointed out that the Navis ARF-51 can compensate for room-boundary gain and character via three toggle switches on its rear panel: +1dB, 0dB, or -1dB settings for the tweeter and midrange drivers, as well as +1dB, 0dB, or -4dB for the woofers. If the speaker is used with a subwoofer, a high-pass filter can be set at flat, 60Hz, or 80Hz. The Navis ARF-51’s internal line-level crossovers are analog, which Jones stated forgoes the need for additional A/D and D/A conversions. 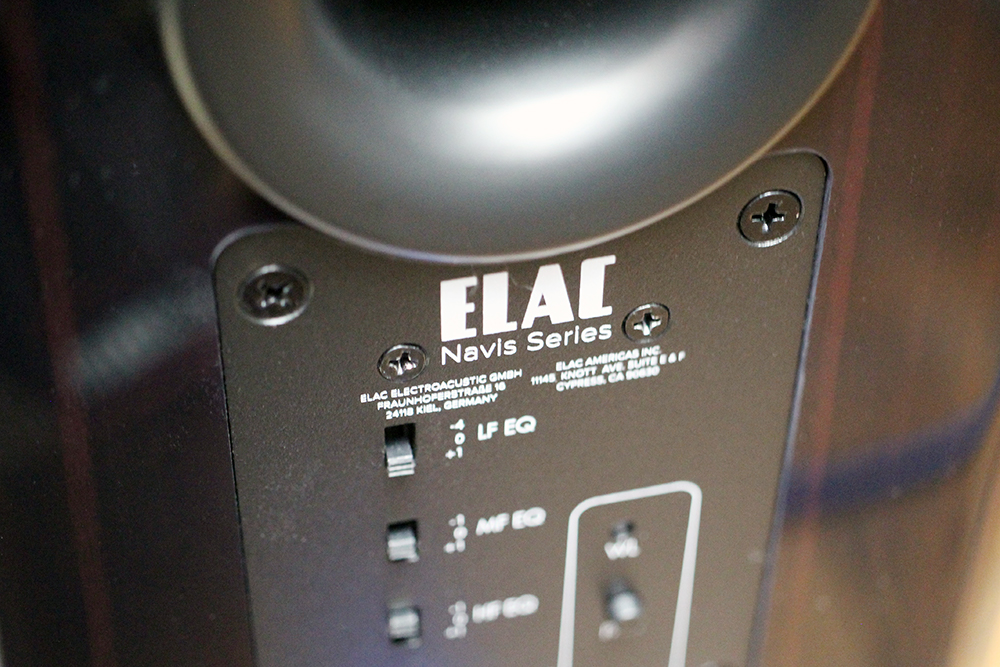 An important point Jones made was that active speakers do not allow the user to choose either amps or cables. This, he stated, accounts for at least part of the resistance of audiophiles to such speakers -- they tend to like to mix and match their own components. However, the Navis ARF-51’s analog design -- all of the digital components reside elsewhere in the audio system -- allows the user to keep their preamp and front end, whether analog or digital. This flexibility, he stated, preserves an upgrade path for the Navis purchaser.

Further, as Doug and Gordon have noted in their articles and reviews, advances in technologies relating to things like digital signal processing, amplifiers, and crossovers have made the category increasingly cost-effective and sonically compelling. Active speakers also require fewer boxes and cables than do traditional passive speakers.

It was time for the rubber to hit the road, as they say, and Jones queued up some music. After focusing on cost-no-object and other expensive speakers with some of those other brands, Jones has become known for high-performance speakers that range from moderately priced to dirt cheap. I will let Gordon’s review of the ARF-51s flesh out the details of the sound, but I can say that the demo did nothing to interfere with Jones’s reputation. 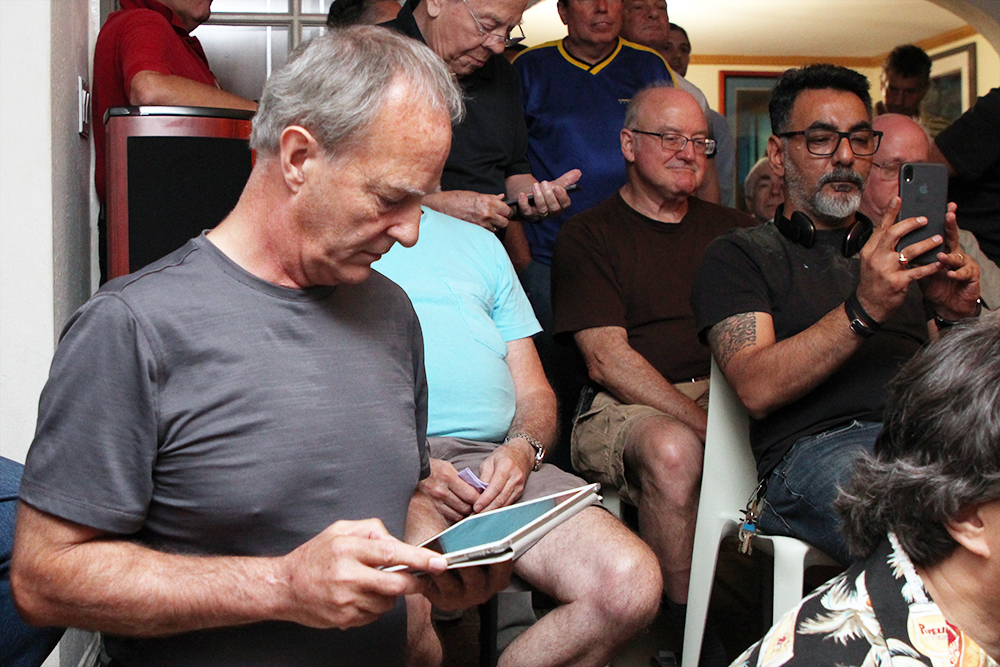 Streaming John Campbell’s “Down in the Hole,” from his Howlin Mercy album (16-bit/44.1kHz FLAC, Elektra), the sound was throaty and raw with impressive transparency. Lisa Lovbrand’s voice in “Let’s Get It On,” from Let me Love You (16/44.1 FLAC, Roxy Recordings), had excellent presence, with strings that were warm and inviting. Looking around the room, I observed some serious toe-tapping and head bops.

I was also surprised that the speakers seemed to go down relatively far into the lower frequencies, something that is partially room dependent. When Jones played Deadmau5’s single “Seeya” (16/44.1 FLAC, Virgin), the ARF-51s provided all of the bass slam that one could reasonably expect from speakers that cost $4000, including amplification.

I did notice that the sound of many tracks played during the demo had a little too much upper-frequency energy, perhaps due to the fact that the room appeared untreated. I spoke with Jones about this after the presentation, and he agreed, stating that in an attempt to address the issue, he had already dialed down the treble while setting up using the ARF-51s’ toggle switches. He also told me that he felt the sound improved a bit once the room filled up with people, providing a measure of diffusion. 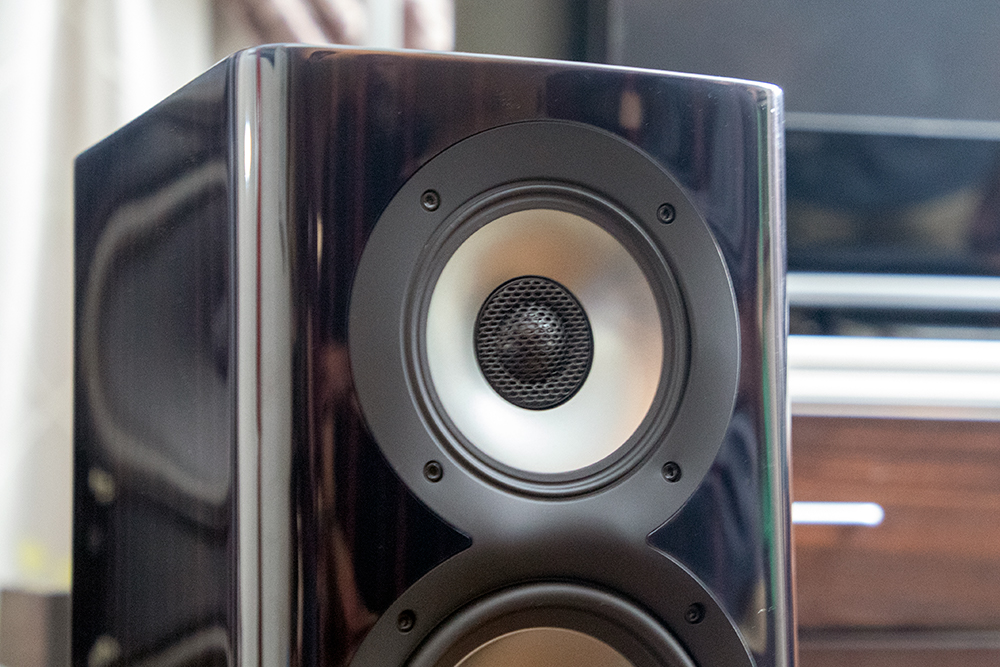 On the other hand, the high-frequency issue may relate to Gordon’s main criticism of the speakers -- that sibilants and consonants could sound a bit hot, particularly on female voices. I don’t think that bothered Gordon too much, mind you, since he purchased a pair. After hearing the Navis ARF-51s, I can understand why.

The Audiophile Society and The Audio Syndrome have long histories of hosting audiophile manufacturers at their meetings. In addition to Andrew Jones, recent presentations have featured Alex Chorine of Alexus Audio, Ken Stevens of Convergent Audio Technologies, Michael Griffin of Essential Sound Products, Merrill Wettasinghe of Merrill Audio, Sonny Lo of Orinda Acoustics, Harry and Mat Weisfeld of VPI Industries, and others. Undoubtedly, more presentations are on tap. Stay tuned for upcoming reports.