One Day at Magico

I often find that a company’s products are a reflection of their creator, and in the case of Magico’s loudspeakers, the resemblance to Alon Wolf is unmistakable. The founder of the Hayward, California, manufacturer is a serious man, one who talks with an unwavering sense of purpose. As I sat across from him in his office, his fanatical attention to quality became quickly apparent. Behind him was part of a medium-format camera on a gorgeous wooden tripod that he used to take the stunning photographs that adorn the walls of his office. On his wrist was a Japanese watch with a movement that makes a Patek Philippe’s look amateurish by comparison. And on his desk were a couple of drivers from a competing loudspeaker maker that he eagerly compared to his own designs, explaining in detail how the materials and methodologies that Magico employ offer superior performance. For Wolf, appearance comes a distant second to technical excellence. “We build loudspeakers, not furniture,” he told me matter-of-factly. 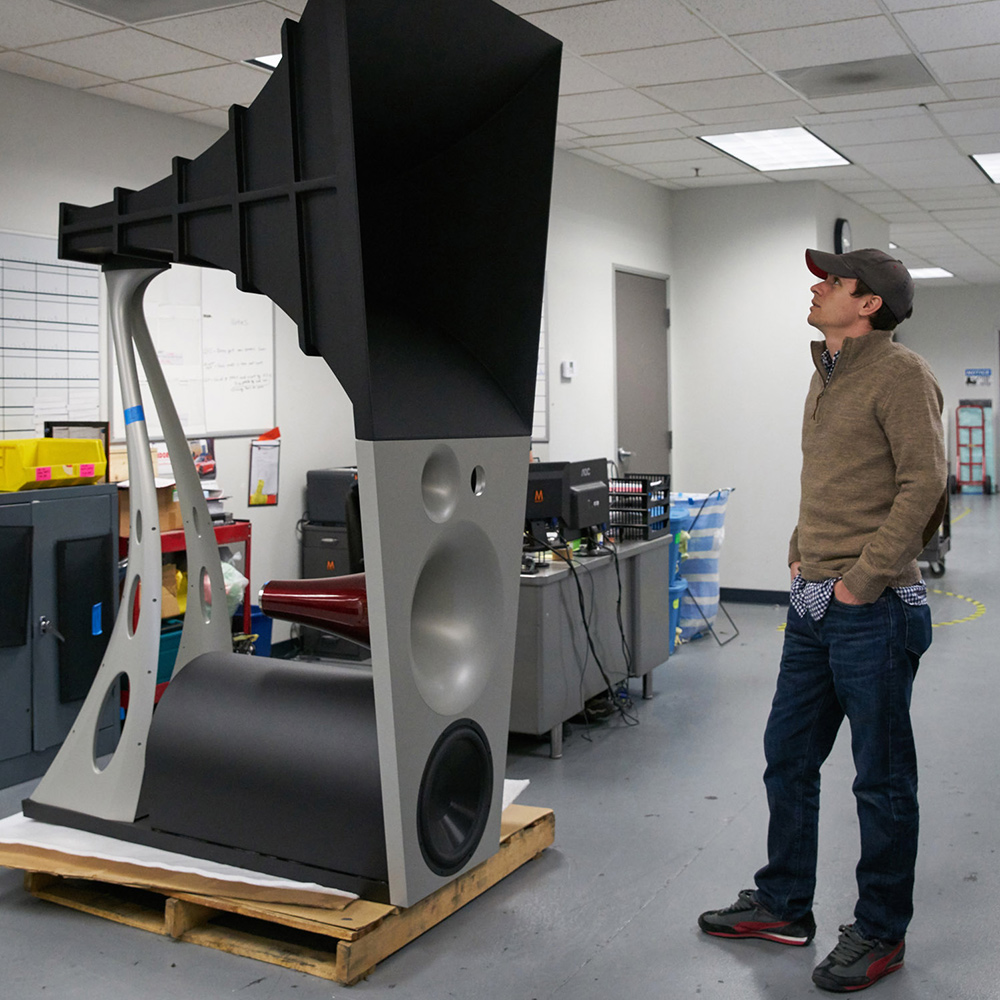 Hans Wetzel with the Ultimate 3

The 11-year-old company has no fewer than 35 employees, and around a half dozen engineers working on the company’s products, which span two loudspeaker ranges, two limited-edition speakers, and a couple of accessories. Magico’s facility is impressive, with five multi-axis CNC machines in a machine shop working constantly to produce the various panels of their S- and Q-model speakers. Nearly every component is either manufactured or assembled in-house, even down to the shiny floor spikes that underpin each of the company’s speakers.

Quality control is taken to a fanatical degree, with each and every driver that goes into a Magico tested against a master reference via a Klippel QC system. Once each loudspeaker on the line is finalized, it’s burned in for 24 hours, and the entire loudspeaker is then measured against a reference model. Even more impressive is what takes place in between these rigorous quality-control checks. Everything from the $16,500 USD/pair S1 Mk II up to the biblical, $229,000/pair Q7 Mk II, and limited-edition $600,000/pair Ultimate 3, is brought to life in the same large assembly space. I learned that it takes around a day for a pair of new S1s to come to fruition, while the newest iteration of the Q7 needs around six weeks of work before it begins to sing. 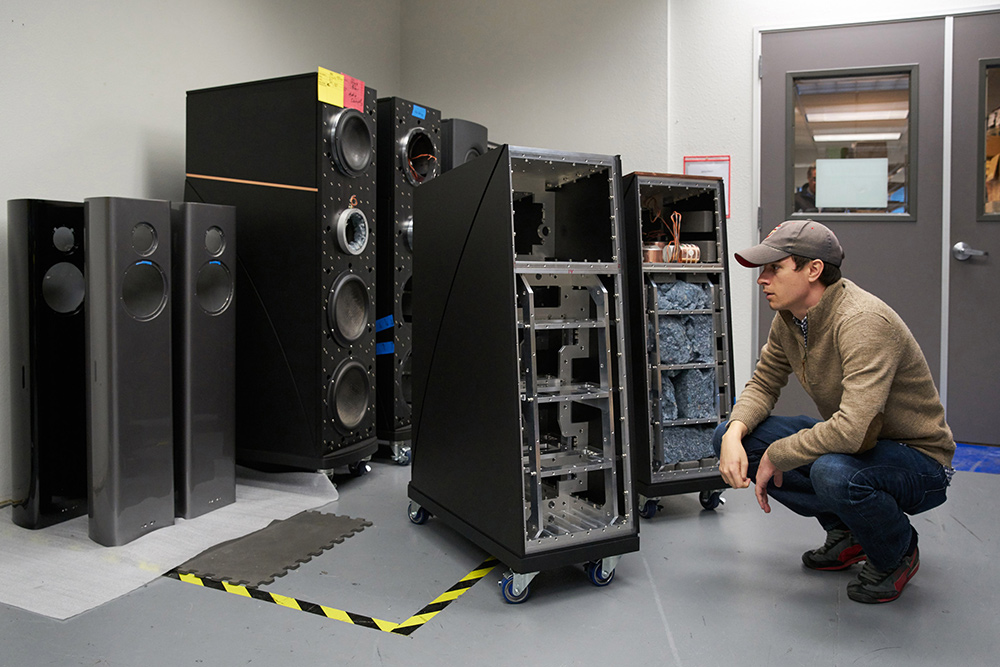 What I found most impressive during my time in the assembly area was being able to peer inside the innards of both the company’s S-series and Q-series loudspeakers. I’ve visited a number of reputable speaker manufacturers in the past couple of years, and none have lavished their products with the individual attention and sheer quality of materials that Magico does with its creations. These are purpose-built precision instruments. Put more directly, they’re tools. I imagine some French- and Italian-based competition scoffing at Magico’s minimalist design aesthetic, and taking umbrage at the liberal use of high-grade aluminum and the hundreds upon hundreds of fasteners, bolts, and rods that comprise some of Magico’s more complex floorstanding models. In some respects, this is hi-fi by the pound; I get the impression that Wolf would rather close up shop than sell something that didn’t look and feel high quality. Luckily, there’s substance here as well: Magico’s Q-series loudspeakers may just be the most overbuilt and non-resonant enclosures money can buy. The boutique, ultra-high-end manufacturer may charge premium prices for its products, but seeing (and feeling) the final product will make a believer out of you. And this is coming from a serial skeptic who writes predominately about affordable audio products. 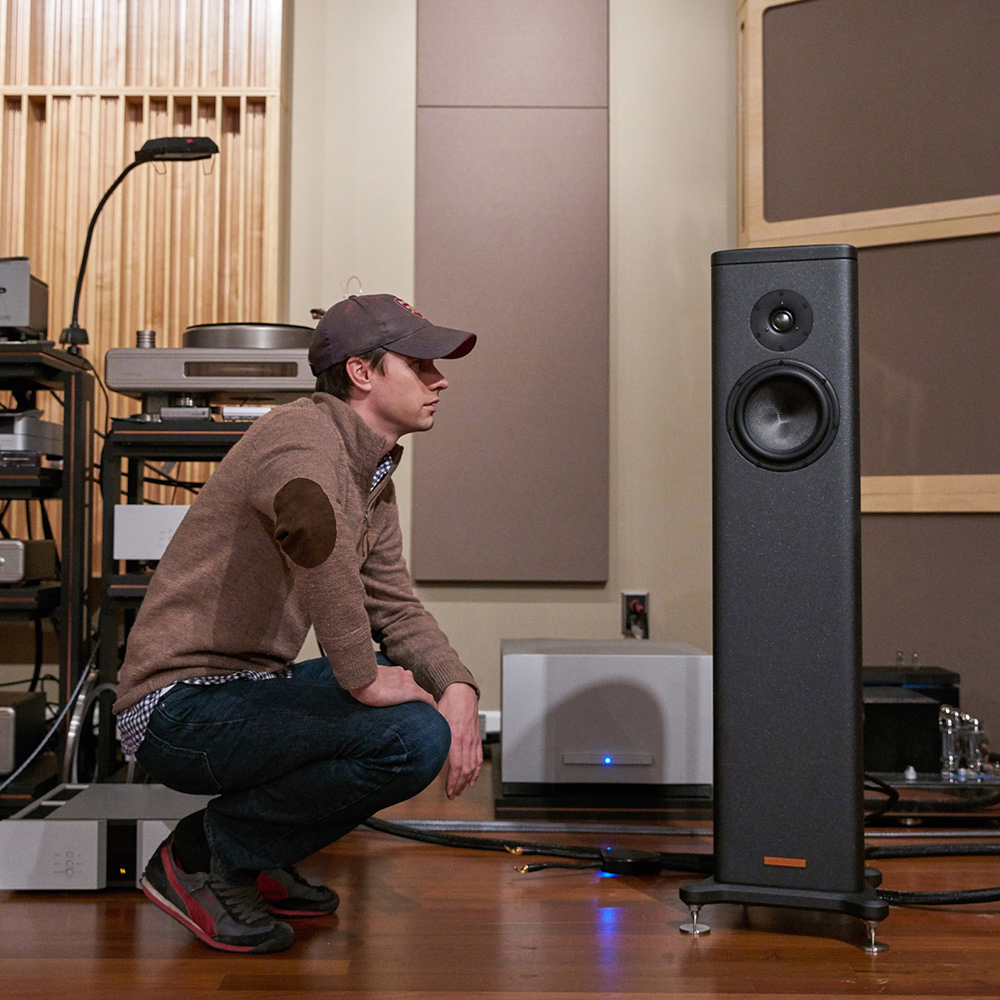 Most of the reason I had visited Magico’s headquarters was to be introduced to its new baby, the aforementioned S1 Mk II, which I’ll be reviewing in the near future. The two-way design is, to my eyes, the prettiest product the firm turns out. A one-piece, extruded-aluminum chassis contributes to a weight of 110 pounds, and it’s highly braced. The 1” MB7 diamond-coated beryllium tweeter found in the S1 is the exact unit found in the line-leading $58,000/pair S7, while the 7” M390G midbass driver is fashioned from carbon nanotubes and coated with a layer of graphene. Graphene, it should be noted, is a bit of a holy grail for material scientists, the properties of which helped a pair of researchers from the University of Manchester win the Nobel Prize in Physics back in 2010. Specifically, the wündermaterial is approximately 100 times stronger than steel, and in this application, it allows the diaphragm of the midbass driver to be 20 percent lighter, and an astonishing 300 percent stiffer than that of the original S1’s midbass unit. 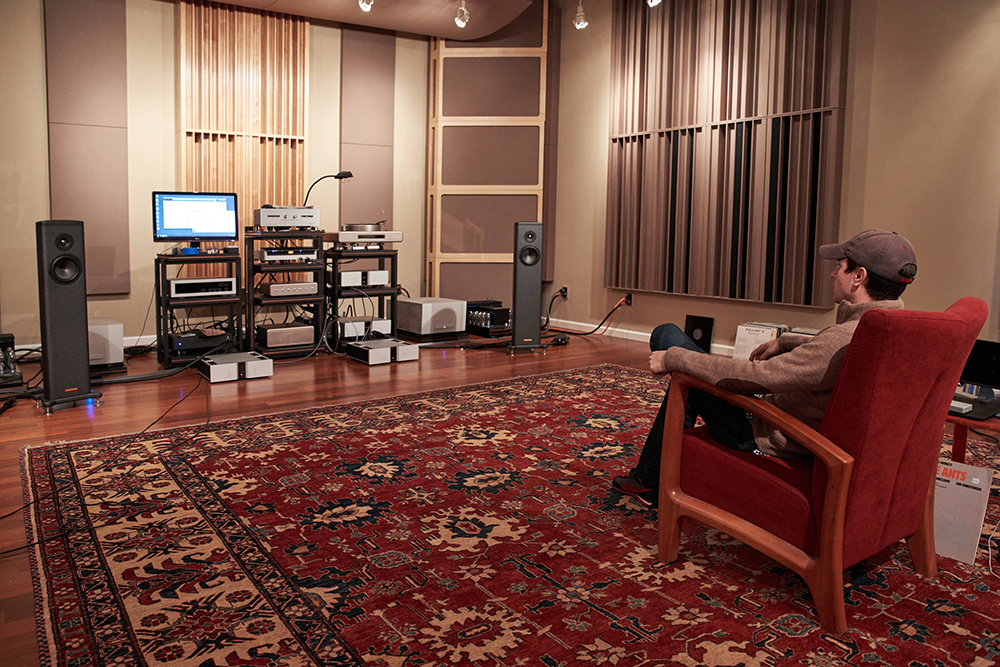 In Magico’s state-of-the-art listening and evaluation room, the S1 Mk IIs were partnered with some of the finest electronics money can buy, from Baetis Audio, Constellation Audio, and Vitus Audio, which is a far cry from the modest Hegel Music Systems H360 integrated amplifier-DAC that I use at home. My frame of reference wasn’t ideal, it should be said, so I’ll reserve final judgment until my review pair arrives. But I’ll leave you with this. There are an uncomfortable number of expensive two-way designs out there that promise to reveal a multitude of celestial truths, only to later expose themselves as false prophets. The Magico S1 Mk II is not one of them.