Some 18 years into this reviewing gig, it takes a lot to get me excited anymore given what I've seen and heard so far -- something that goes doubly true for solid-state preamps and amps, which rarely have anything new, innovative, or special about them. But as you'll read below, Luxman, which began life in Japan in 1925 as Lux Corporation, charged me up more than I ever thought they could with their new C-900u preamplifier and M-900u amplifier, which I saw in Montreal in January at Philip O'Hanlon's music demonstration at retailer Coup de Foudre. The C-900u and M-900u retail for $19,000 apiece in the United States, so they're certainly not cheap, but they're not as outlandishly priced as some of the high-end separates you can find these days. 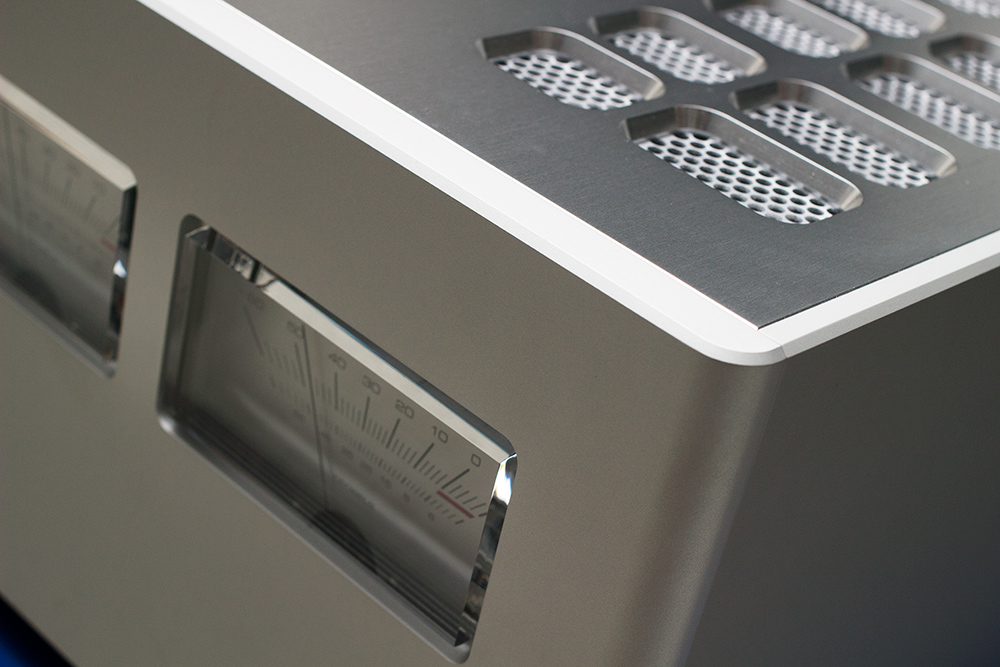 Philip was using the duo as part of his demo with a pair of Vivid Audio Giya G3s, which was no coincidence -- he is the owner of On a Higher Note, which is the North American distributor of Luxman and Vivid Audio, as well as some other brands. I was quite taken with the stunning-looking, retro-styled C-900u and M-900u at the demo, so I asked Philip if I could review the pair, to which he replied, "We'll see." Then nothing more was said.

I didn't know exactly what Philip meant by we'll see, particularly since one of the reasons that he asked me to go to Montreal to his event was actually to see those pieces, but I didn't push him on it afterwards -- I thought that perhaps he just wanted me to actually see and hear them there, but nothing more. Besides, I had more than enough gear on hand to review to last me most of the year.

But that wasn't the end of it -- I received a call from Philip in June and he said, "Do you still want to review the Luxmans?" Frankly, I was a little startled because I'd basically forgotten about the pieces in the half year since I last laid eyes on them, but I said, "Sure." Then he explained to me that he was previously unsure if he'd have any review gear available to me in Canada, but now that he had enough units in stock, he was happy to lend me the C-900u and M-900u for a couple of months. 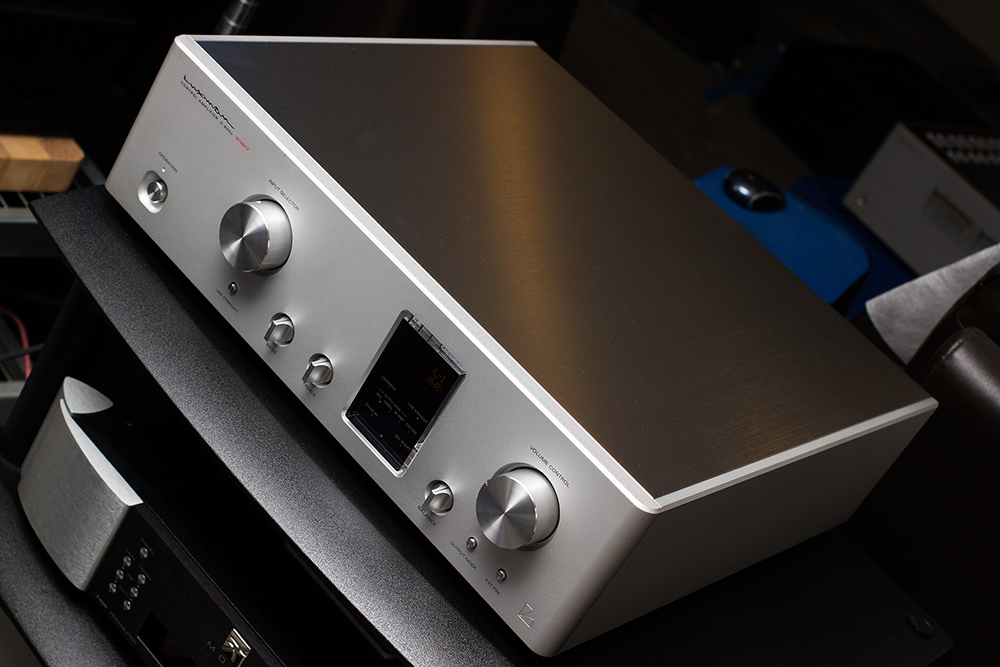 By mid-July I had the Luxman pieces in my house, although I used the C-900u for only the first few weeks because I couldn't get the M-900u up to my listening room right away -- it weighs over 100 pounds and my room is on the third floor! So I started with the C-900u and the Hegel Music Systems H30 amplifier, which is what I had up there for review already, until I could coerce a friend to come over and help me haul the M-900u up. That proved to be the best way to start, anyway, because I could get a handle on the preamp's sound in a familiar system before I added the amp.

Both are now up and running, but there's only a little bit I can tell you right now about them because I don't want to take anything away from the reviews when those get published. But what I can tell you is that the M-900u can be configured as a stereo amp or a monoblock. As a stereo amp it's rated at 150Wpc into 8 ohms or 300Wpc into 4 ohms. As a monoblock it can deliver 600W into 8 ohms continuously, but no 4-ohm rating is supplied. They state it will deliver up to 1200Wpc into 1 ohm in stereo, mind you, or 2400W into 2 ohms as a monoblock, so suffice it to say that the M-900u is a powerhouse whether used in stereo or mono. The M-900u also incorporates what's called a Darlington circuit, which is some sort of feedback mechanism that's used to lower high-frequency distortion. 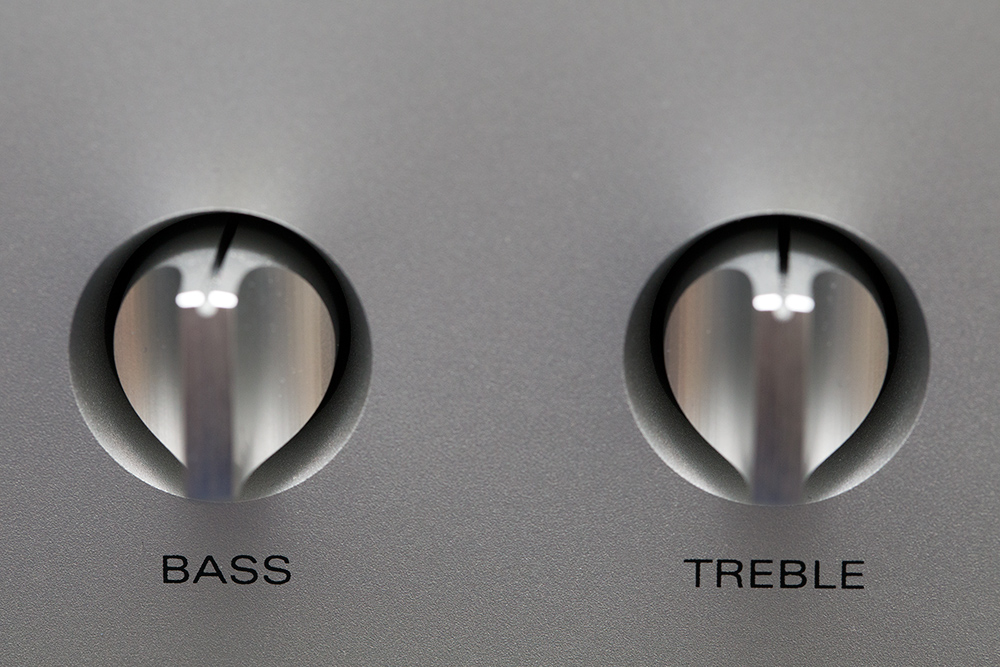 The C-900u is a fully balanced design that also has the Darlington circuit. However, what I find unique with it are the front panel's bass and treble tone controls, which are supposedly very difficult to implement properly in a balanced circuit. These controls can adjust the frequency response by +/-8dB at 100Hz and 10kHz. I've played with the tone controls a bit, which I'll elaborate on in the review, but for the most part so far I have had them switched off and listened to the C-900u "flat" to get a good handle on its sound like that. 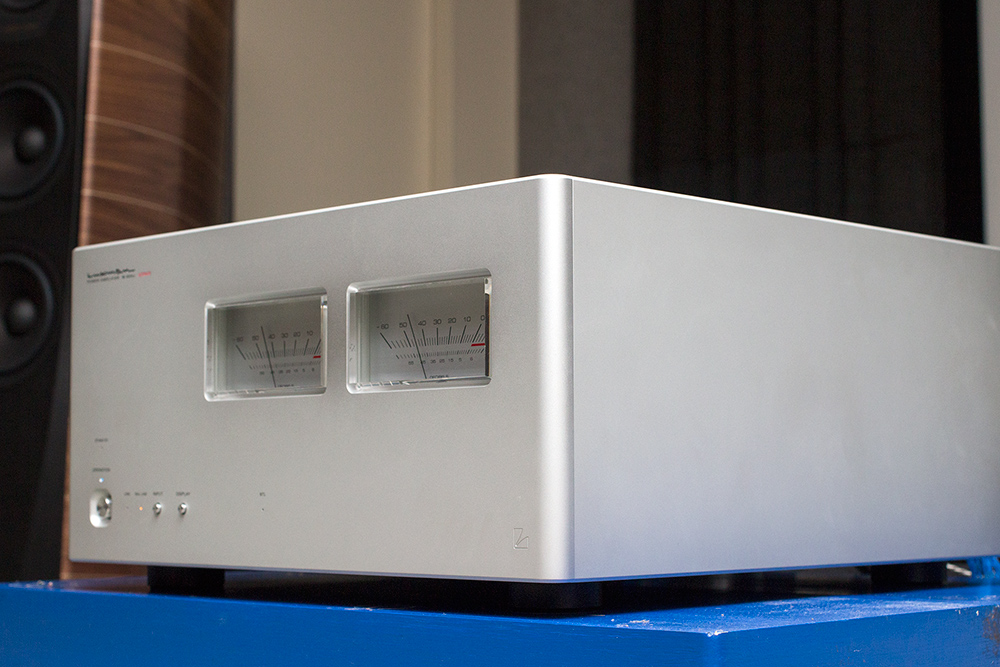 The only other thing I want to say is that as impressed as I was with the pair in Montreal, I'm even more impressed now that they're both in my room, so I'm glad Philip called me back to review them. One reason is that they're by far the best-built components I've ever reviewed; in fact, my jaw dropped at how well they're built. I've always applauded the casework of Boulder's products and have considered their offerings to be a good benchmark for build at a certain price -- but to my eyes the Luxmans are even better. Another is that from what I can glean so far, they're astonishingly good sounding -- right now they're sounding nothing short of glorious hooked up to the Sonus Faber Olympica IIIs, which arrived for review in August and I wrote about in this blog section last week. The two words that leapt to mind upon first listen were smooth and spacious. But to learn more, you'll now have to wait until their reviews go online on SoundStage! Hi-Fi this fall. Until then . . .