This is my first take on the new Astell&Kern AK120 media player (64GB, $1299 USD) from Iriver, a Korean company that claims its new product is capable of producing "Mastering Quality Sound" in a portable package (complete review forthcoming). 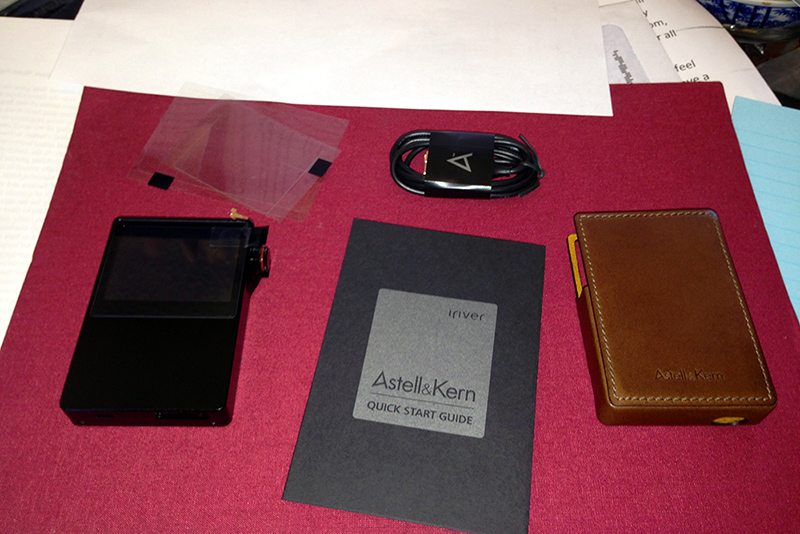 Early this summer, I took the AK120 on my trip to Prague, using it first on the long, mid-leg flight from San Francisco to Frankfurt, then for the following three weeks in the subways of the Prague metro, late at night in my Vinohrady apartment, and knocking about the quaint and historic streets of Malá Strana and Staré Město in the Golden City on the banks of the Vltava River. The AK120 was a superb audio companion and very easy to use. And it's so compact -- about the size of a pack of Gitanes cigarettes -- it fit nicely in my pants or shirt pocket. I had "my tunes" wherever I wanted and in high-resolution files and Red Book in Apple Lossless too.

Premiered at Munich's High End 2013 and just released at the time of this writing, the AK120 is one of the sweetest audio gizmos I've come across. An upgrade over the previously released, single-DAC AK100 (32GB, $699), the dual-DAC AK120 holds 64GB of audio files via its internal memory and can add 128GB more via two 64GB microSD cards (for a total of 192GB). It's equipped with two Wolfson WM8740 DACs that handle any of the standard formats (including DSD via new firmware released in July) and has a nifty, ergonomic design that's attractive and pleasing to use. Best of all, it sounds great with all types of music, its dual DACs providing fabulous resolution, speed, and great timing. The limited warranty is for a year, accessories for 90 days.

The AK120 measures 2.33"W x 3.50"H x 0.57"D and weighs only five ounces. Its attractive case is of a brushed anodized aluminum with an elegant hairline finish. On it there are a 2.4" QVGA touchscreen, a small analog volume control wheel, and three tiny control buttons for back, forward, and play/pause. Across its top are the earphone/optical-out terminal, an optical-in port, and the power button. On the bottom strip are the micro-USB port and a sliding door to the slot for two microSD cards. And it slides neatly into an Italian-leather carrying case. Like a Porsche for portable audio, the thing just oozes righteousness, compact power, and ergonomics.

Setting it up was pretty much a snap. After I installed Iriver Plus 4, the AK120's music manager (stored internally), loading audio files was just drag and drop. Hi-rez files take up a lot of space, though, and I got to the 64GB internal limit pretty quickly, loading full symphonies, concertos, and other complete albums (I don't listen to "songs"). I didn't have a chance to add any microSD cards until after I got back from my trip.

Charging it up the first time, though, was tricky. It turned out that the AK120 may not have been fully charged when I first tried it, hooking it up to my iMac overnight, as I was later told charging stops or slows when the computer goes into standby. After a few phone calls in to Iriver’s technical support team, I was advised to switch to using an iPhone charger, which has a higher voltage than my computer's USB 2.0 port and can't go electronically idle. But, alas, I never seemed to get the claimed 14 hours of playback time. My norm was only about six hours, which was disappointing.

Throughout my trip, I used a pair of Cardas EM5813 Model 1 earphones, a new product that debuted at T.H.E. Show Newport Beach 2013. Uncomfortable with its stock rubberized plastic eartips, I switched them out for Comply foam eartips, which I could listen with for hours without discomfort.

What was the sound like? Unfailingly rich and resolving with clean highs and a gorgeous midrange. Bass could sometimes be diffuse, but mainly because I was in planes and subways a lot and using earphones. Otherwise, the AK120 was great with orchestral music, opera singers, jazz, rock, and anything else I could throw at it. Much better sounding than my iPhone 5, it made all listening pleasurable and involving. 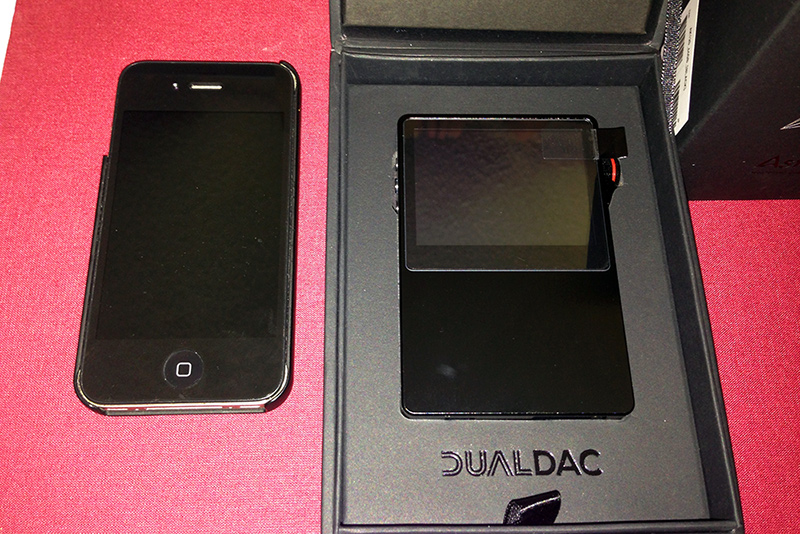 Female voices like opera soprano Renée Fleming and jazz singer Diana Krall sounded superb even in Red Book resolution (16/44.1 ALAC). Both sounded clear, extended, and had great microdynamics and a smooth midrange. There was absolutely no glassy etch or raggedness, even in Fleming's prolonged, coloratura highs.

Male vocals sounded great too. Among those I listened to were João Gilberto, Paul Simon, Peter Harvey (an operatic bass), and the inimitable George Benson. Every essential aspect of their vocal characters came through, from Gilberto's dry nasality on "The Girl from Ipanema" (24/96 FLAC, Verve) to Simon's sweet and tender poignancy on "The Boxer" (24/96 FLAC, Sony). But it was Benson's virtuosity on his breakthrough version of Leon Russell's "This Masquerade" (24/96 FLAC, Warner Brothers) that knocked me out. His singing style is a complex hybrid of jazz, pop, and personal swagger. His large vocal range, full of numerous shifts in interpretive timbre, climbing glissandos, and signature, syncopated scatting that doubles the speedy flat-picking of his electric guitar runs just never really came through on any digital recordings I'd heard before. It was the original LP that had been my reference. But hearing the classic tune in 24/96 was a revelation. The AK120 captured the soulful and dynamic quality of the music and all of Benson's bravura vocal style so well that I felt myself wanting to sing along in-flight, surrounded by the plane's sleeping passengers.

Wind instruments sounded wonderful, from the astonishing tenor saxes of Stan Getz and John Coltrane to Gerry Mulligan's mellifluous baritone and the agile clarinet of Benny Goodman (all 16/44.1 ALAC). But it was with piano music that the AK120 really strutted its stuff. Via my iPhone, pianos always sound distorted to me, the bass keys loose and rumbly, the upper registers tinny and ragged. Via the AK120, the piano on Alfred Brendel's Beethoven Piano Concerto No. 1 in C major with Simon Rattle and the Wiener Philharmoniker (16/44.1 FLAC, Philips) and Glenn Gould's Bach: The Goldberg Variations (24/96 FLAC, Sony) was always crisp and crystalline in the highs, tight and without echo or rumble in the bass.

As a further bonus, massed strings on various other recordings sounded pleasing and sweet, warm in the midrange with open highs even in Red Book resolution (16/44.1 ALAC). Orchestral music, previously banished from my portable listening, hard to take via the iPhone because of the edginess it imparted to the treble range in strings, the constant glassy tone, became instead a great pleasure via the AK120. The bassoon in "The Adoration of the Earth" from Stravinsky's The Rite of Spring performed by the Budapest Festival Orchestra conducted by Iván Fischer (24/192 FLAC, Channel Classics) sounded warm and full with a pleasing resonance. String attacks were unfailingly speedy and dramatic without edge or glassiness. And the brass fanfares presented brilliant, precise timbres in a diverse tonal palette full of varied colors.

In the end, I found the Astell&Kern AK120 completely indispensable for portable listening. It much more closely matches my reference quality playback than the iPhone 5, and the three weeks of intense use while visiting Prague most definitely verified Iriver's claim that the AK120 provides "Mastering Quality Sound." Frankly, I don't see how I can ever do without it now.

Below is a short tour of Prague shot with my iPhone 5's camera: 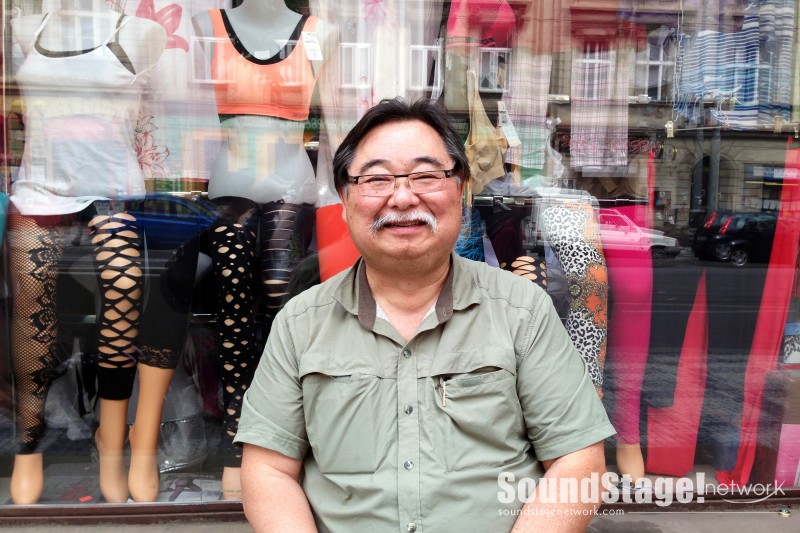 Prague's Estates Theatre in the distance