Bob Clarke started Profundo in 2002 after a stint at Musical Surroundings and while he was still a lecturer at UC Berkeley. He already repped the famed Viva tubed electronics and picked up the distribution of Transfiguration cartridges from Japan because, he said, he'd always loved them, temporally and tonally. "They're easy to listen to and natural," Clarke said.

For the longest time, Transfiguration employed a single-ring magnet with the coil inside the magnetic ring, but they've discontinued that and now employ a double-ring magnet. To Clarke, the new cartridges -- the Phoenix ($4250) and topline Proteus ($6000) -- sound even better. Trenner & Friedl speakers came along in 2003 after he heard them at the Frankfurt High End show (precursor to Munich). These are fine speakers made in a small factory in Graz, Austria. The line includes the aforementioned Art monitors ($4250/pr.), the Dizzy two-way floorstanders ($8500/pr.), the Pharoahs ($12,500/pr.), the Ra Box ($25,000/pr.), the three-way Isis (to be introduced at Newport 2013; $40,000/pr.), and the current Dukes ($175,000/pr.). Heed came about, Clarke said, because he wanted a more affordable line of electronics that wouldn't compete with Viva. And he found that in the Hungarian manufacturer, which produces an extensive line of headphone amps, phono stages, DACs, transports, integrated amps, stereo amps, monoblocks, external power supplies, and a two-way nondirectional loudspeaker. 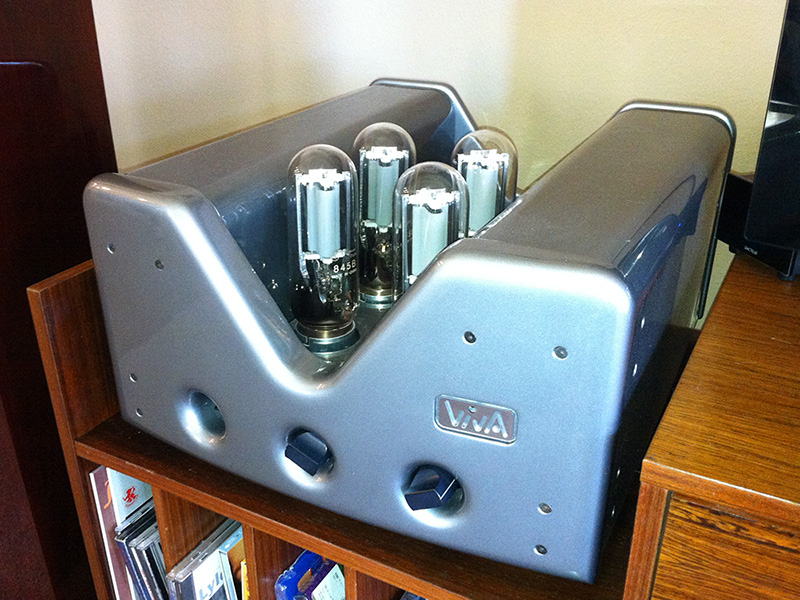 Viva, designed by Amedeo Schembri in Vicenza, Italy, (see "Getting It Done in Dueville: A Visit with Amedeo Schembri of Viva Audio") is perhaps Clarke's most well-known line and the longest standing. The power amplifiers feature large, direct-heated triode tubes and striking V-cut industrial designs on oversize chassis in snazzy automotive finishes. At prices ranging from $10,000 for the modest Solistino integrated to $45,000 for the new Aurora monoblock amps, Viva produces a complete line of superior-sounding prestige electronics. The amp pictured above is the 20Wpc Solista integrated ($17,000) in a gorgeous silver finish.

Born in Los Angeles and raised there and in San Diego, Clarke has the audio roots of a hobbyist, loving music and having been a devotee of J. Gordon Holt since the '80s. After that, things quickly went from hobby to passion as he tried to get his system to sound like live music. Clarke got into importing and distribution because he wanted the gear for himself at first -- equipment that connected to the emotional heart of music. Now he has a dealer network of about 20 that he calls "the active core" -- Blackbird Audio in California, EARSNOVA in New York City, Renaissance Sounds in Vermont, Quintessence Audio in Chicago, and Eugene Hi-Fi in my own hometown among them.

When I asked him what he liked about the business, Clarke said, "Because it's now possible, with gear we have, to recreate the experience of going to live concerts." And he really likes his dealers, who are "a good group of guys who just love music." He wants to add five to ten more dealers nationally, reaching into the South and Southwest. He keeps doing it because he likes the people and likes building systems that work.

What about the future? Clarke said he's hoping to add a high-value line of turntables and branch into computer audio. "But it has to make me want to dance," he said.