I first met Bob Clarke of Profundo in the hallway outside of his demo room at the California Audio Show back in 2010. I remember a strikingly gorgeous sound coming from a pair of Trenner & Friedl Art monitors driven by Heed electronics, with cabling from Cardas. But it was hard to get into the room, not only because it was so crowded with showgoers that there was no space to squeeze in, but also because Bob was so congenial, gracious, and witty out there in the hall. We struck up an exchange characterized by high-speed repartee, and I was having so much fun talking that, for a while, I forgot to keep up with my rounds of the show. It did help that Bob had a good bottle of wine in hand -- I think it was a California Cab from Mondavi -- and poured me some in a clear plastic cup. 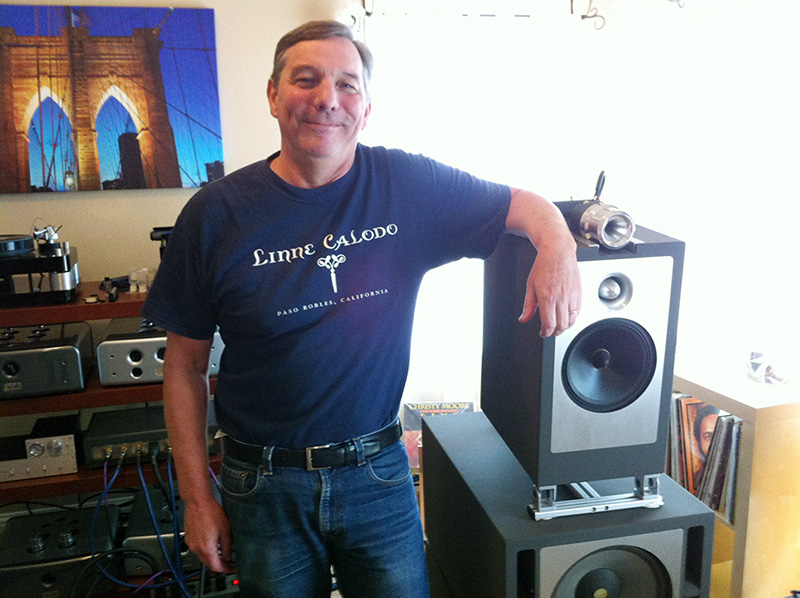 Since then, Bob has hosted me for steaks at CES and for Tex-Mex in Austin, and he's moved from El Cerrito, California, (near Berkeley) to Round Rock, Texas, (near Austin). For some reason, he has a penchant for living just a few miles north of a major research university, maybe because he holds a Ph.D. in German literature, specializing in the poetry of Paul Celan -- a genius of the 20th century. Bob still teaches and tutors on occasion, but his main business is Profundo -- the U.S. distributor for Trenner & Friedl speakers from Austria, Transfiguration cartridges from Japan, Heed solid-state electronics from Hungary, and Viva tubed electronics from Italy. It's a very exclusive distributorship, emphasizing quality and a kind of audio connoisseurship on the order of a small, specialized art gallery. More for his own pleasure than for any demo, Bob's set up two listening rooms in his new Texas home, one living room system and another reference-level system in a large upstairs bedroom. He'd just put together the reference system the week before I arrived for my two-day visit this March. 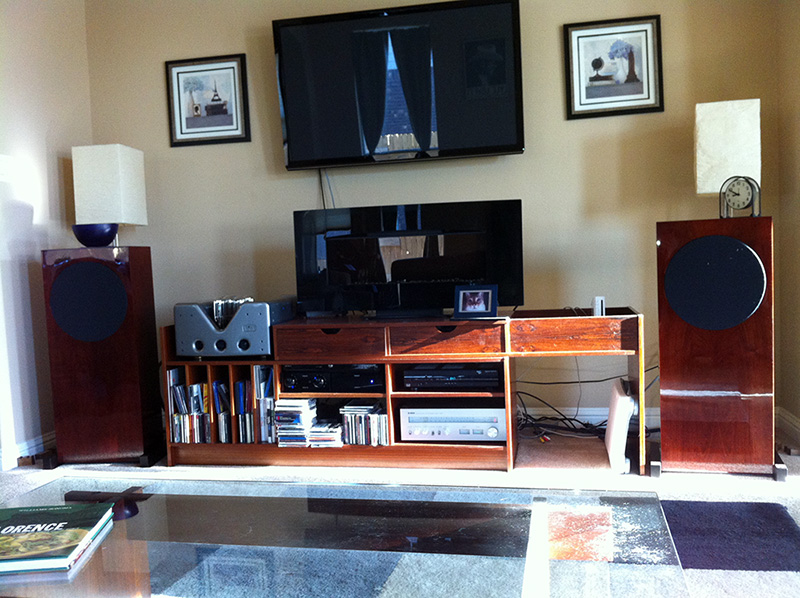 Downstairs, arranged around a flat-screen television, the system featured a pair of Trenner & Friedl Pharoah speakers ($12,500; 92dB/8ohm), wide-baffle two-ways that marry an 8" paper cone with a 1" compression horn tweeter. The coating on each cone consists of six layers of Italian balsamic violin lacquer -- for durability, flexibility, and a natural tone. The speakers themselves can be placed 10cm from a back wall -- very good for urban apartment dwellers or anyone in tight quarters. The rest of the system was a Heed Obelisk PS stereo amp ($2100; 50WWpc), a Heed Obelisk PRE preamp ($1950), a Heed Dactilus 3 DAC ($750), and a discontinued Sony disc player used as a transport.

From my demo CD-R, I heard a very sensuous presentation of the bossa nova classic "Corcovado" from Brazilian Dreams as performed by Pacquito D'Rivera's small group and an ensemble of singers. There was a beautiful tone to Rivera's clarinet in a solo that was particularly agile, with rapid runs and expressive fortes. The system had a lovely balance, good bass, and clean treble. Though I was bone-tired from nearly a week of travel before I arrived, the system and the lively, sensual music it played made me want to get up from where I was lying on the sofa with my shoes kicked off. Dancing was out of the question, so I tapped my toes, curling in rhythm inside Prada socks. Bob was such a great host; he fetched me grapes and cheese as I titivated with imaginary stars above a Brazilian beach at midnight.