Every married guy knows what a mancave is -- that private place in your house you can retreat to in order to do your manstuff. Alone. I have one, and you probably do too. If you don't, I know you want one -- don't lie!

But how many of us are lucky enough to have a manplace, an entire house or condo to do as we please? That's what TAD's chief speaker designer, Andrew Jones, implored me to come see. His promise: “It's the best listening room in Tokyo that you'll ever see; in fact, it's what most audiophiles should see in order to know what they can aspire to." Serious stuff.

With that promise, we hopped a cab with TAD's CEO, Yoshihiro Hirano; the proprietor of this manplace, Hironobu Takezawa; and a couple of his friends, who were simply described as "audio fanatics" (one was cherishing his Original Master Recordings Beatles The Collection box set the entire time). The destination: a first-class condo in the upscale Ginza area of Tokyo with the promise that it's like going up to audiophile heaven. 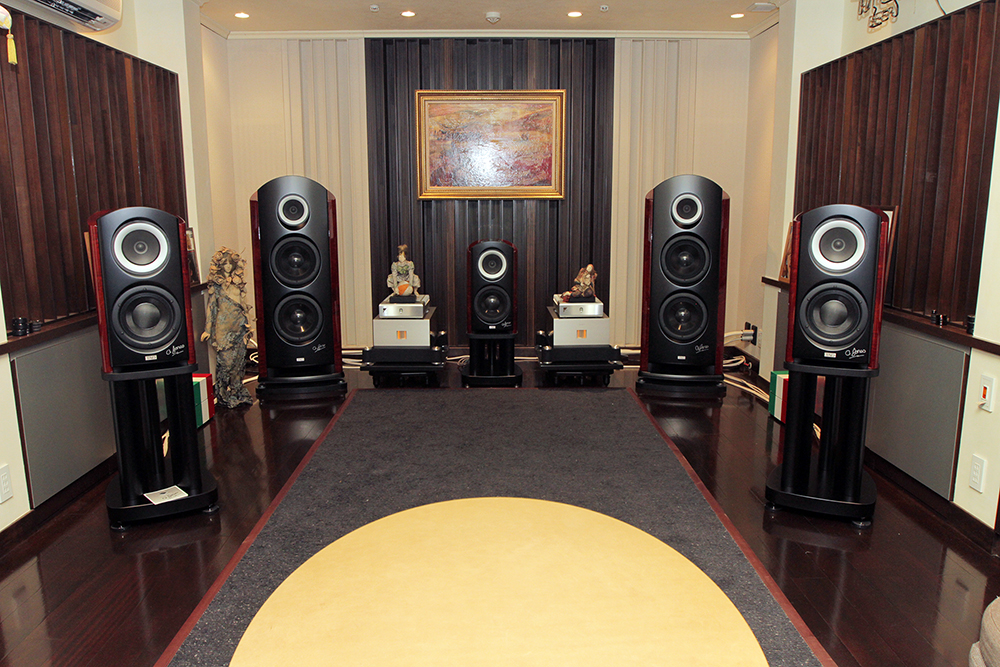 Upon entry to the building's lobby, I was at a loss for words, but Andrew summed it up nicely with his British sense of humor: "Like a Las Vegas hotel, only it's your home." Then upon entry to Mr. Takezawa's condo, I was completely floored -- an entire place dedicated to his audio hobby, including an incredible listening room decked out with TAD electronics and speakers, a home-theater system with a motorized drop-down screen and a Sony 4K projector, Argento cables throughout, and acoustical treatments everywhere. Now I thought I had a good room . . . 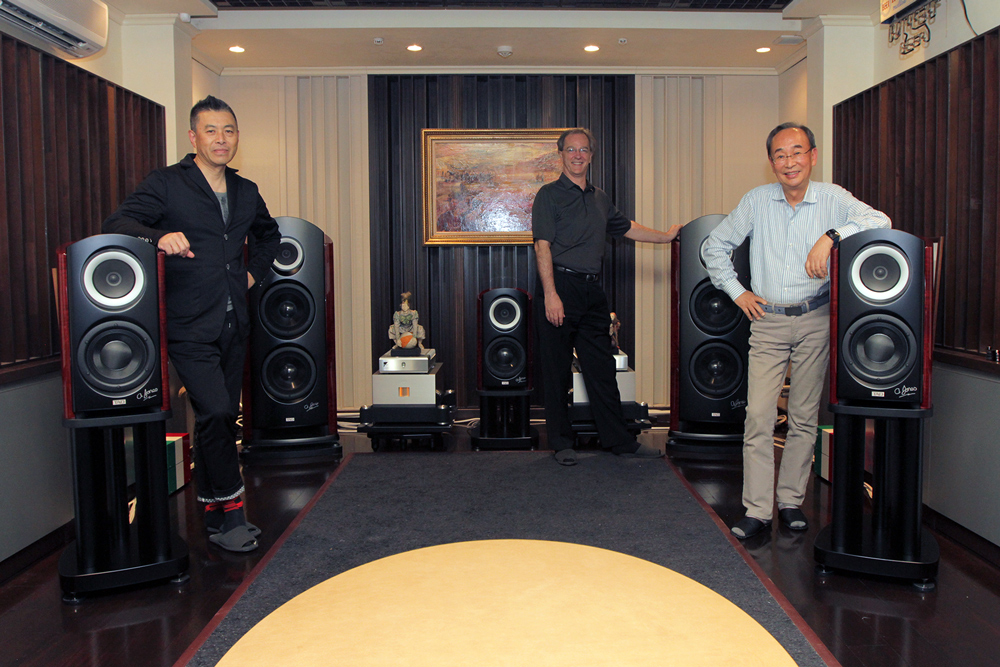 I was positioned in the main listening chair, Hironobu played DJ, and what came out of the speaker end of the room was topflight sound: spot-on tonal balance, alarming levels of detail, musical air that hovered like a cloud, and a soundstage that pushed past the front wall. About halfway through the demo, though, I received my next surprise -- I thought I was listening to TAD's floorstanding Reference One speakers, which were at the far end of the room, since the soundstage was so deep and seemed to be emitted from somewhere around there, but I wasn't. I was actually listening to the Compact Reference speakers, which were positioned farther up.

My first clue that it wasn't the Ones was a Holly Cole track in which the soundstage was stretching just a little too far out either side of the speakers to be plausible. At that point I knew something was afoot, and when I started to mention something to Andrew he simply smiled, signaled for me not to say more, and then explained that he knew I'd be fooled, at least for a time, because he still has trouble believing that the sound doesn't come from those speakers, too.

Mr. Takezawa bought the Compact References after some neighbors complained about the Reference Ones' bass disturbing them. It was Yoshihiro who masterminded the setup after he'd played with a similar arrangement in his home. The result is staggeringly good, since it's impossible to identify the CRs as the source of the sound. It was one of the best loudspeaker disappearing acts I've ever witnessed, and if I were allowed to include this in the Best of TIAS 2013 article I'll be writing for SoundStage! Hi-Fi in December, this system would be my top pick. 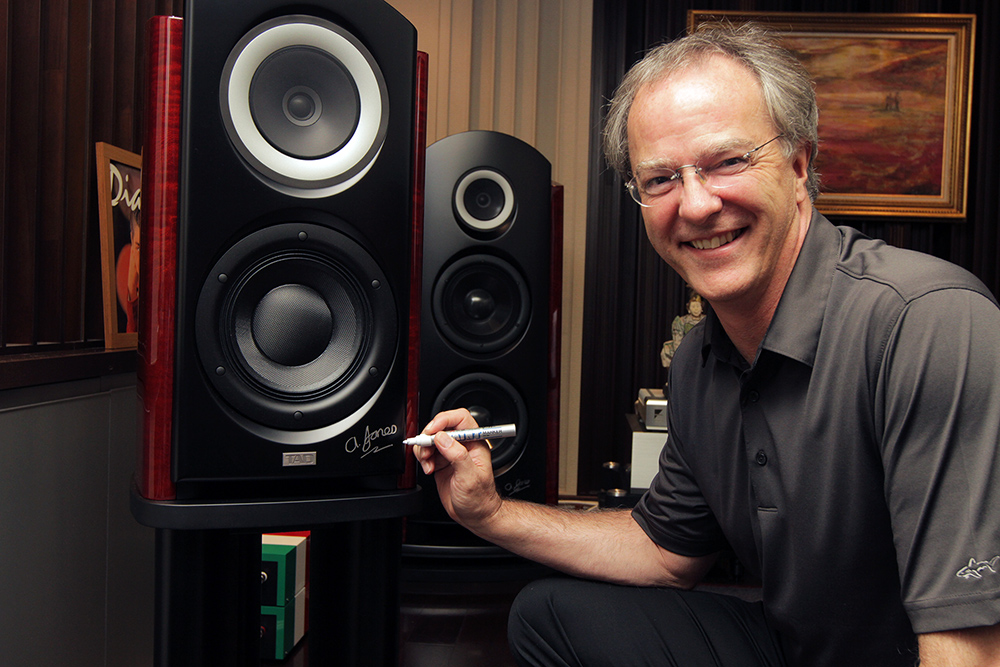 Andrew Jones personally signed each speaker in the room

Mancaves are a must; don't let anyone tell you otherwise. Manplaces such as Hironobu Takezawa's are what real living is about. The fact that one exists in the Ginza district of Tokyo is as amazing as the stereo system it contains -- and it's something that I am certainly thankful I was able to visit and hear. Suffice it to say that Andrew's promise was fulfilled.