While strolling the halls of the Hotel Irvine, site of last weekend’s T.H.E. Show Newport 2016 in Irvine, California, I encountered numerous interesting products that didn’t fit into categories large enough to populate an entire column. So I thought I’d wrap up my new products coverage with a column full of somewhat random stuff: headphone amps, acoustic treatments, and more. They’re arranged here in alphabetical order by brand, with all prices listed in USD. 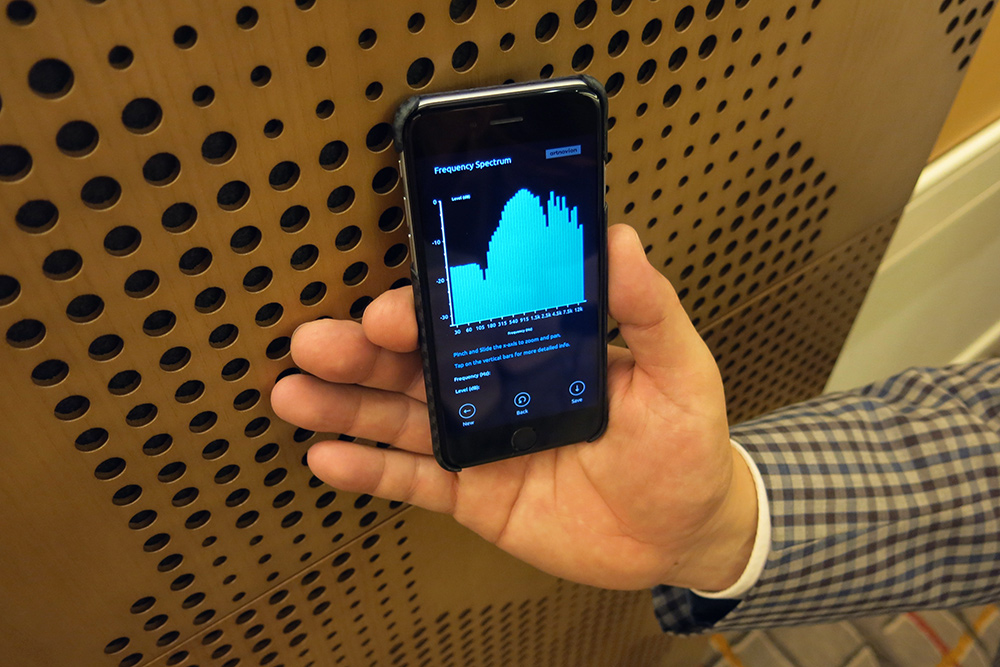 Artnovion has developed what may be the world’s most high-tech acoustic treatments (or maybe the world’s only high-tech acoustic treatments). The panels themselves are nice, available in more than 50 designs and finishes, and mounted using hardware rather than construction glue. What really makes them stand out, though, is the company’s iPhone app, which sends out a test sweep from your phone and picks up the reflected sound in your room through the phone’s microphone. Once the phone “reads” your room acoustics, you can use the app to see what effect adding different products in different numbers will have on the sound. If you e-mail the result to the company’s engineers, they’ll send you a 3D rendering showing the recommended products and placement, as well as a full acoustical report. The panel shown here is the Komodo; prices for a 2’ x 2’ panel start at $35 and run up to $575, with most costing about $125. The company said its Lugano panels will soon be installed in the Vienna State Opera. 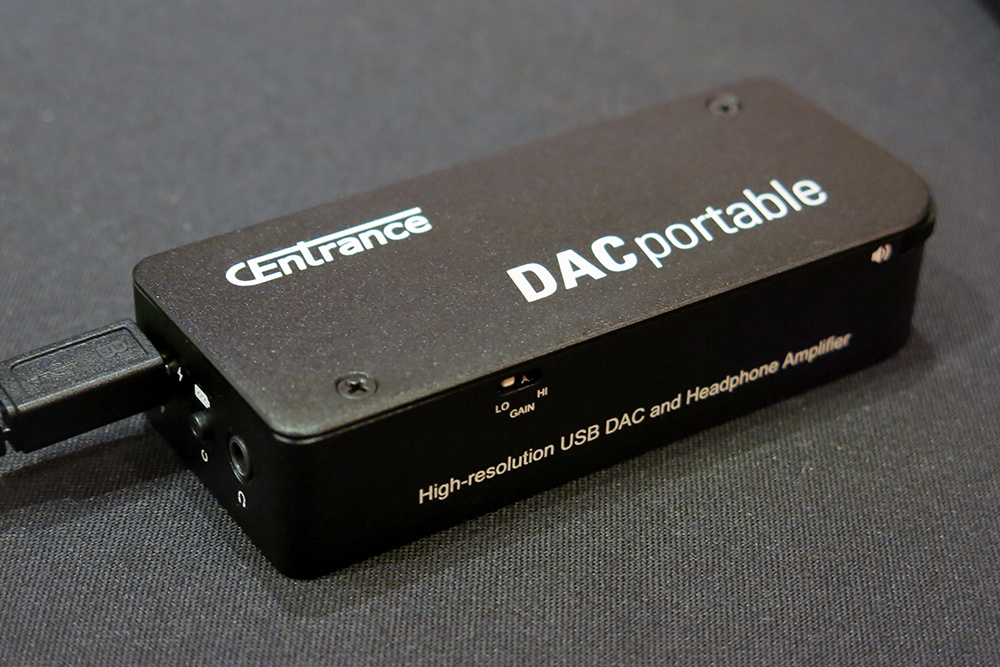 With CEntrance’s $349 DACportable, there’s no need to suffer sub-par sound anywhere. The compact DAC-headphone amp, which is slated to ship next month, is said to work with Mac and Windows computers, as well as smartphones and tablets running iOS or Android operating systems. The DACportable is powered by an internal rechargeable battery rated at 10 hours of run time. My favorite feature is its bass and treble boost switches, which bump up the lows or highs subtly (about 1.5dB) to suit your headphones, your music, or your taste. 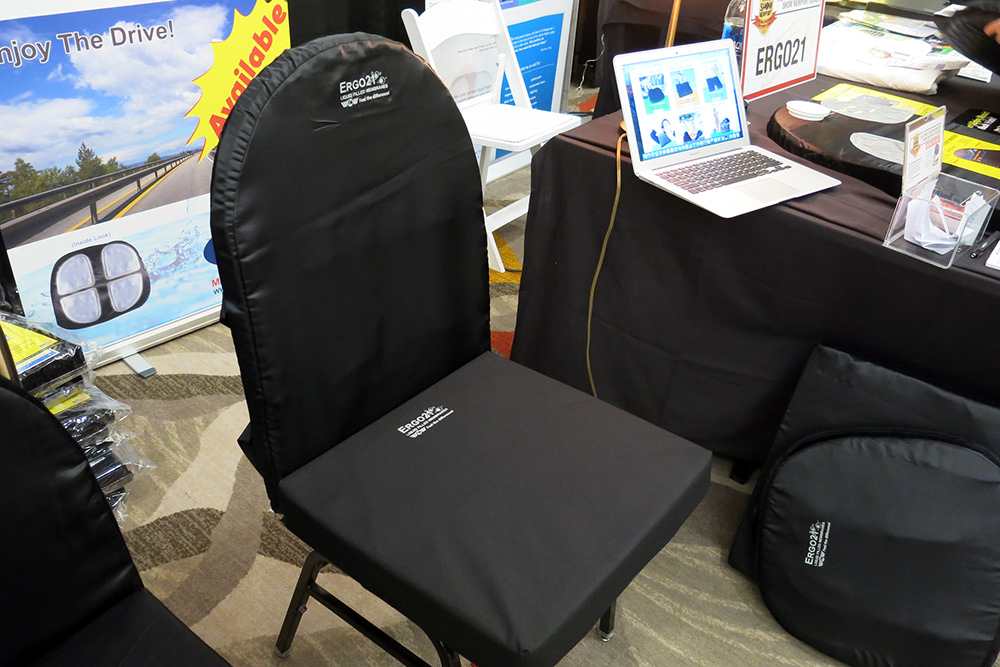 I did a double-take when I saw the Ergo21 booth, wondering why a seat cushion company would be at a hi-fi show. Well, you can’t relax and focus on the music if you’re uncomfortably seated, right? Company founder Steve Gambhir told me he tried 19 different materials while developing the product, eventually settling on a liquid-filled membrane called Liqui-Cel that he said is also used in hospital beds. “It doesn’t sink like most foams, but it doesn’t hurt you,” he said. I can say the cushions you see here were certainly the most comfortable seat I found in the Hotel Irvine. Prices run from $59 to $129. 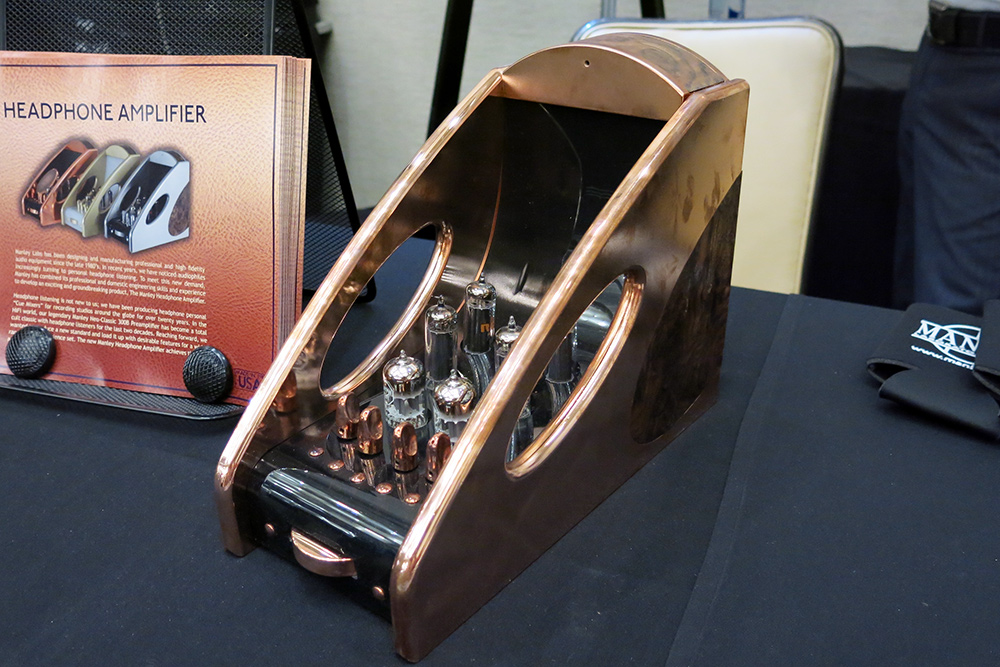 Manley Labs expects to ship the stunning new Manley Headphone Amplifier this autumn, at a price of about $3500. You can run the all-tube amp in single-ended or push-pull mode, with 0 to 10dB of feedback. The output transformer has taps for headphones ranging from 12 to 50, 50 to 200, and 200 to 600 ohms. The front has a volume wheel plus bypassable balance, bass, and treble controls. The amp has two RCA analog inputs, with balanced and unbalanced headphone outputs plus RCA outputs that allow it to be used as a preamp. 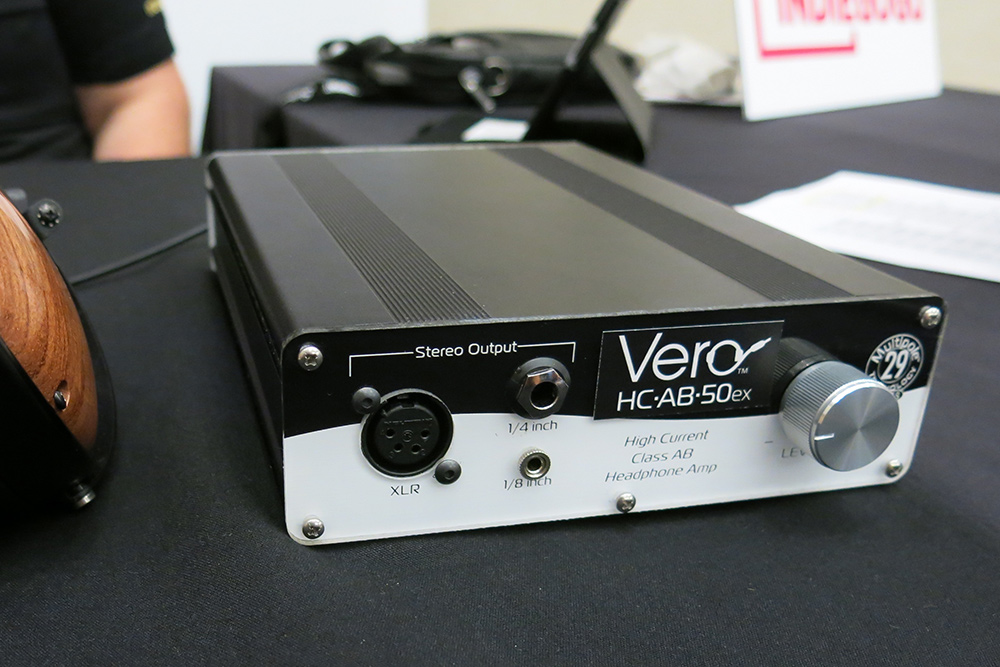 Vero is a new line of headphone amps designed by MIT Cables founder Bruce Brisson. They’re battery-operated so they’re “somewhat portable,” a company rep told me. The phase compensation networks used on MIT cables are built into the Vero’s output stage. The product you see here is a rough prototype; the real one, slated to ship in November, will have a powder-coated chassis with a machined-aluminum front panel. It’s available in two versions: the single-ended output HC.AB.29 for $1999 and the balanced-output HC.AB.50ex for $2999. 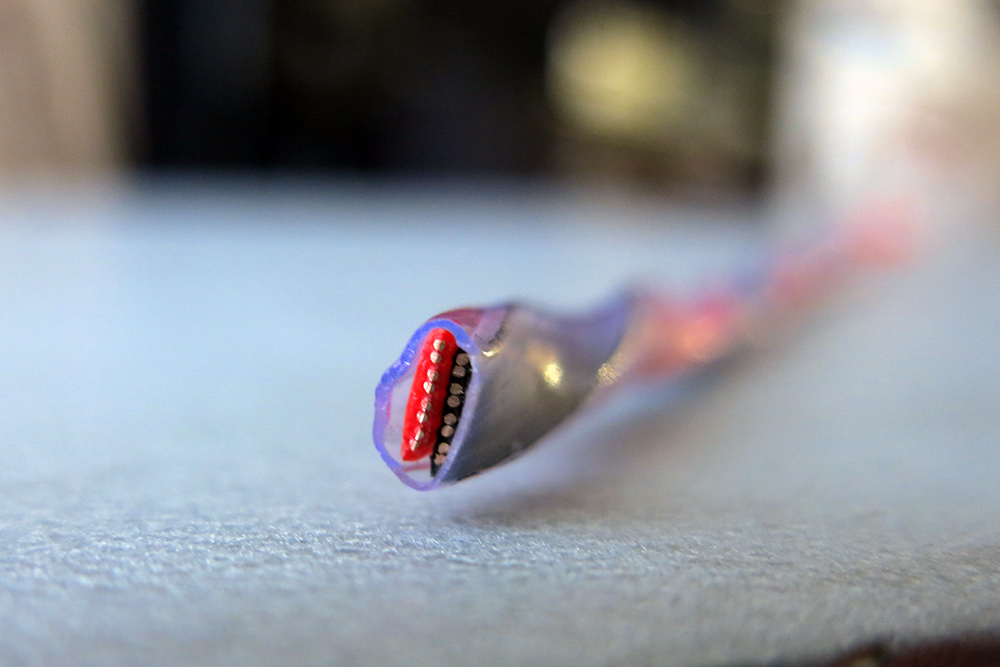 Wireworld performed something rare for a cable manufacturer: an A/B demo of its product. The company’s demo compared its new Helicon 16 cable with a bypass (a very short, very low-resistance connection) and a piece of generic zip cord. It was easy to hear the difference between the bypass and the zip cord, but difficult to pinpoint any difference between the bypass and the Helicon 16. The Helicon 16 features 16 conductors -- eight positive, eight negative -- arranged in pairs in a flat configuration that minimizes inductance. Best is the price: $7 per meter for unterminated cable. Company founder David Salz said the Helicon 16 was originally developed for internal wiring of speakers, but when he realized it was better than the company’s standard low-priced speaker cable, he decided to sell it to consumers.