CanJam RMAF, part of the Rocky Mountain Audio Fest (RMAF) taking place this weekend at the Denver Marriott Tech Center hotel, is probably the number-one consumer audio show in the US when it comes to introductions of new headphones, earphones, and headphone amps. Here are some of the coolest earphones I found at the show, with all prices in USD. 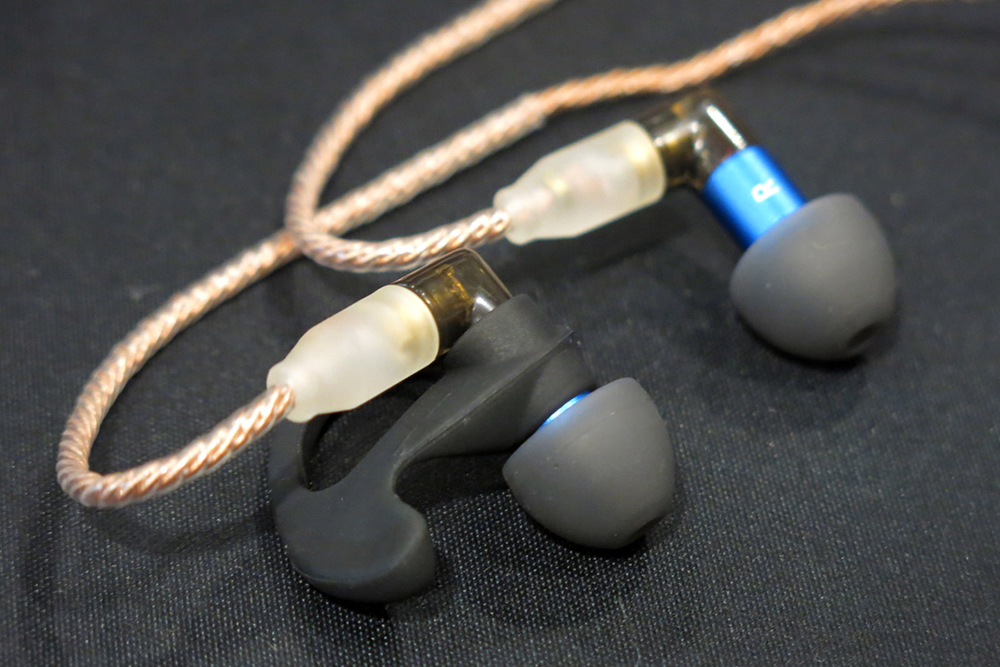 There are a lot of earphones out there, so it’s tough for a new company to differentiate themselves. Akoustyx, a California-based company that manufactures its products in Nashville, Tennessee, is trying to build its reputation by focusing on fit, which, as anyone with much experience in earphones knows, is as important to the sound as the driver or the enclosure. The R-210 earphones ($119) shown here look similar to recent models from Final (see below), but they add an ear flange said to have been developed for hearing protectors designed for the US military. The flanges, which are supplied in three sizes, increase isolation (i.e., blocking of outside sound) and create a more secure fit. The R-210s use a single balanced armature in each earpiece; the R-220s ($199) have two balanced armatures. Both earphones feature enclosures made from aluminum and polycarbonate, and an inline remote compatible with iOS and Android devices. 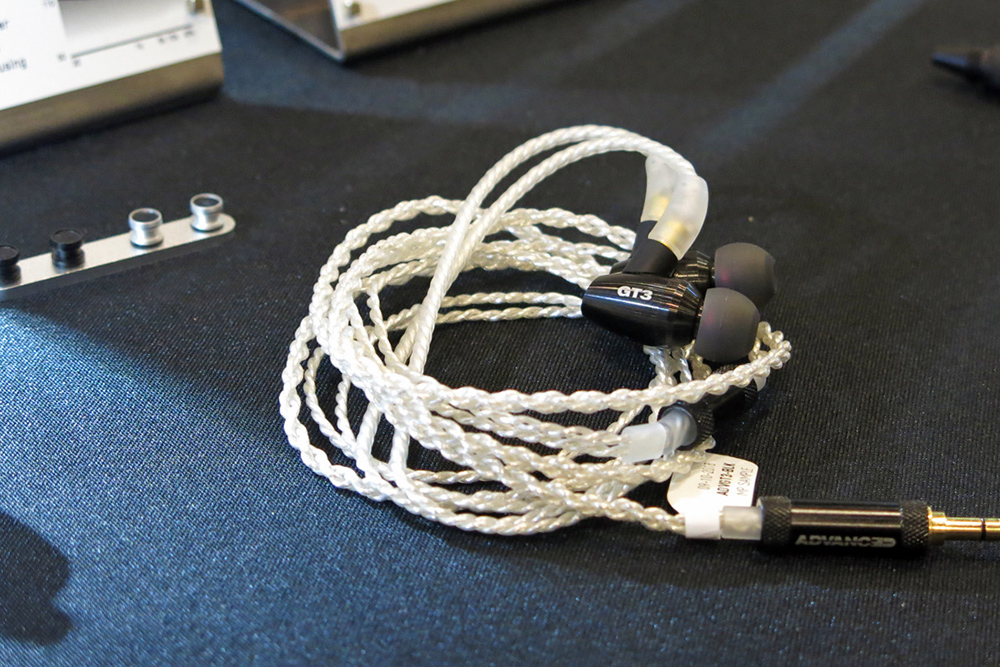 Don’t be scared off by the name of Advanced Sound Group’s new GT3 Superbass earphones ($199), because they come with three threaded filters (shown at left) that tune the sound to your taste. The GT3s’ earpieces are machined from stainless steel. They use a single dynamic driver per earpiece and have MMCX connectors to accommodate the two included cables. One cable is silver-plated copper, while the other is an all-copper cable with an inline remote/microphone. 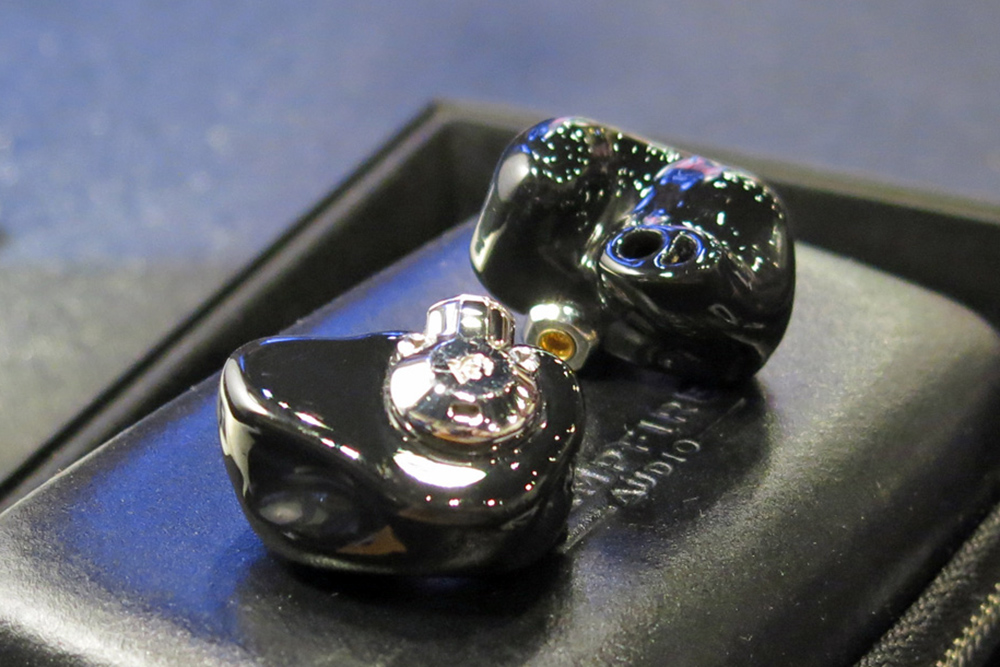 The Equinox earphones ($1499) are Campfire Audio’s first custom-molded design. “We wanted to do something different,” company president Ken Ball told me, and they definitely did. While most high-end custom earphones use balanced armatures, the Equinoxes use a single 10mm diamond-diaphragm driver per earpiece, which Ball said is the result of about $100,000 in research. Each one has a 3D-printed solid body with the sound tube integrated into the structure, and a CNC-machined stainless-steel cable mount. The sound tube is much shorter than the ones in the custom-molded earphones I’ve tried, which Ball says is to make it less invasive and more comfortable -- and which should solve the big discomfort problem I and many others have had with custom-molded earphones. 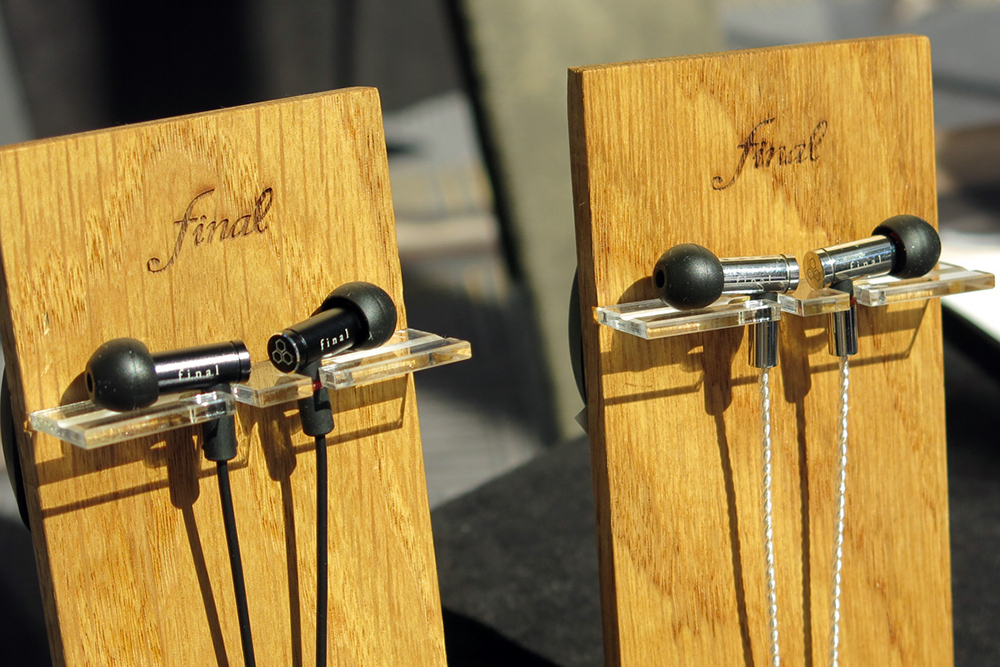 The Final E5000 ($279, shown at right) and E4000 ($149, shown at left) earphones are upgraded versions of the company’s popular budget earphones, the E3000s and E2000s. The difference is that the new models each use an upgraded driver said to deliver a bigger soundstage, and they feature detachable cables using an MMCX connector. The E5000s add a silver-coated cable that the company now sells on its own for about $200.

German company InEar says the new versions of its StageDiver earphones are the first in-ears with all-wood driver enclosures. Although it’s hard to see the seam, it’s actually two pieces of wood, machined to fit the drivers and then glued together after the drivers are installed. Woods available include olive, ebony, pear, walnut, mahogany, and burl. The non-wooden StageDiver includes five models, from the $300 SD1 to the $997 SD5 earphones, all designated by the number of balanced armature drivers inside. The wood construction adds $200 to $300 to the cost, depending on the wood chosen. 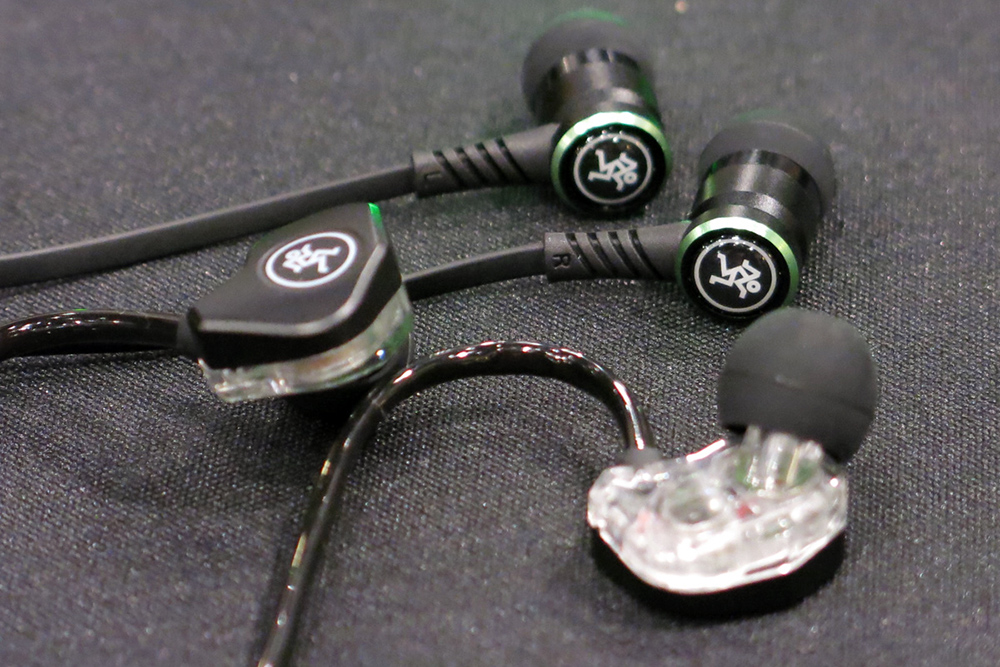 The Mackie brand is ubiquitous in pro audio -- I’d guess that of all the clubs I’ve played in, half used Mackie mixers in their P.A. system. Now they’re trying to make inroads into consumer audio with a couple of new, affordable earphones voiced to sound as much as possible like Mackie’s popular CR recording monitor speakers. The CR-Buds earphones ($19.99) in the background are the base model; they feature a tangle-free cord and aluminum enclosures. The CR-Buds+ ’phones ($39.99) in the foreground feature over-ear cable routing and dual dynamic drivers. 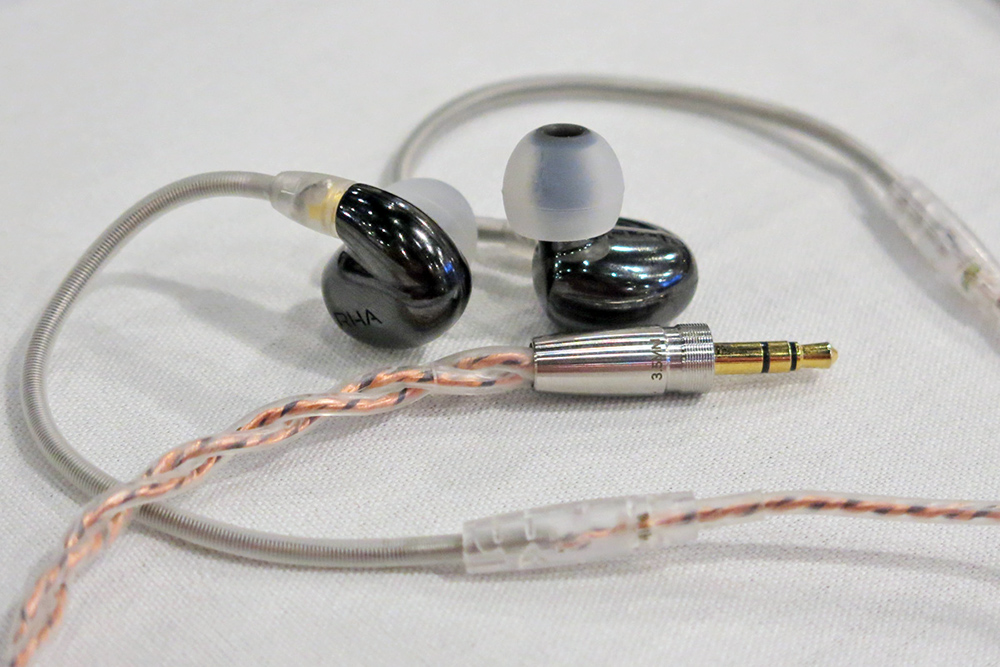 RHA used RMAF as the North American debut of its CL2 Planar earphones ($899.95), which are said to be (and to my knowledge, are) the first closed-back earphones using planar-magnetic drivers. The drivers have a tiny, circular design using concentric magnets on one side of the driver; I can’t tell you more because the diagram the company showed me was too basic to show details. Perhaps just as unusual is the packaging, which includes . . . 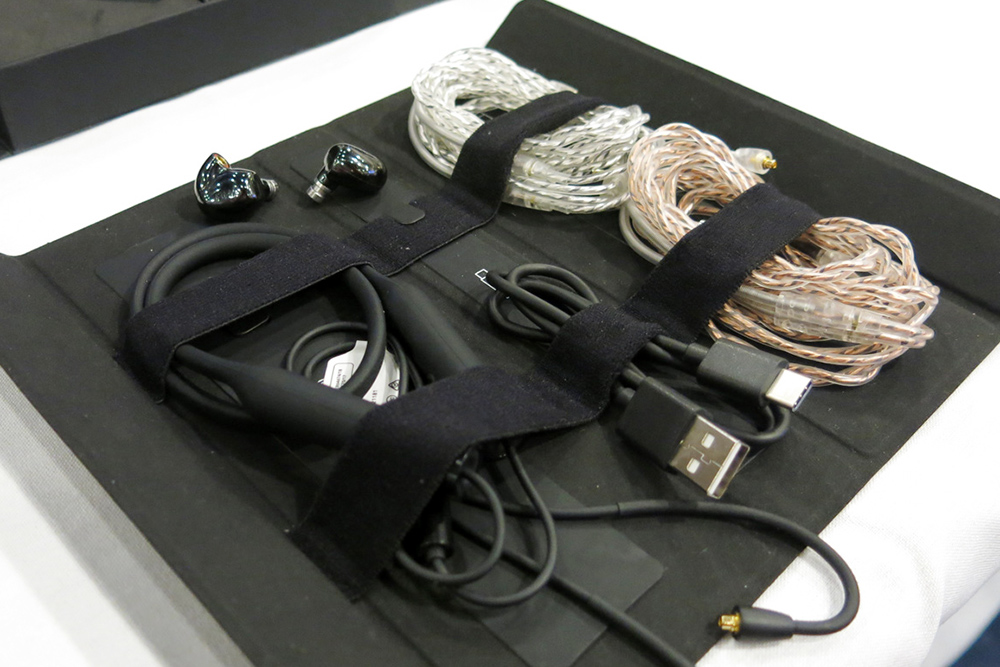 . . . a cable with Bluetooth wireless built in, as well as two passive cables. One of the passive cables is of standard oxygen-free copper (OFC) construction and is tipped with a standard 1/8" (3.5mm) stereo plug. The other cable has silver-plated conductors and a balanced configuration, using a 2.5mm tip-ring-ring-sleeve plug. The CL2 Planars are packaged with eartips in ten different types/sizes, including three Comply foam tips.