If you've ever attended an audio show, you've no doubt been aurally assaulted by a huge stereo system shoehorned into a dinky room playing at 115 decibels. At RMAF 2011, at least so far, that hasn't been the norm. Most of the floorstanding loudspeakers that I've heard have been fairly compact, and there have been a number of stand-mounted designs being demonstrated, particularly in the smallest of the exhibit rooms. 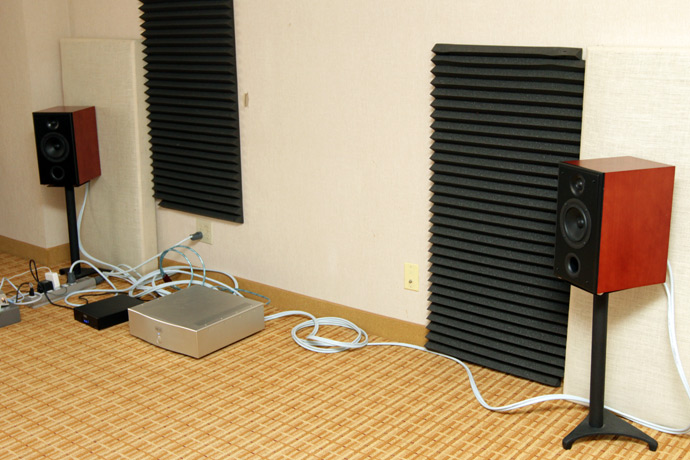 This "shrinking effect" could be happening for a couple of reasons. First, exhibitors have clued in to the fact that, regardless of bass trapping and careful setup, huge speakers typically don't sound good in small rooms. Second, there are more affordable products at RMAF 2011 than I can remember seeing here before. The economy's continued suffering is no secret, and it's definitely impacting the high end. Smaller prices translate into smaller speakers, and in turn smaller amplifiers driving them. The upshot is that there was good sound in many rooms, and when we asked about the prices we often received an answer that was more agreeable to the average audiophile's wallet than we're used to. 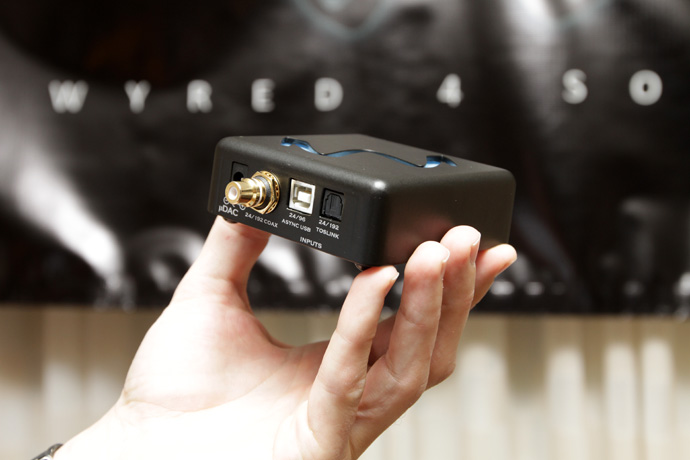 In addition to the smaller systems and lower prices, there was quite a bit of high technology to be heard at RMAF 2011. Everybody, and everybody's brothers and sisters, had a new DAC capable of 24/192 resolution from a USB digital input. These DACs were often small, reasonably priced, and ready for a computer-based audio system. What really amazes me about all this is how truly easy and cheap it is to get better-than-CD resolution from most any audio system. That's a good use of technology in my book. Now if we can just get iTunes to start selling hi-rez . . .

What does all this mean? Well, it could mean that the high-end manufacturers are listening to the consumer, reading the marketplace correctly, and responding with appropriate products. Let's hope so.