Considering the local, regional nature of the Montreal Audio Fest, it’s a tribute to the show’s reputation that a number of big hitters take the time to augment the smaller distributors and manufacturers. It’s gratifying to sit at the bar in the Hotel Bonaventure, pecking away at my keyboard, and see within my peripheral vision at least three of the big names in audio. While the trend in shows seems to be going toward manufacturer and distributor support for dealer-based rooms, there’s still enough of a large-scale manufacturer presence to lend an air of authority to shows like the Montreal Audio Fest -- so that means a number of new product introductions. (All prices in Canadian dollars unless otherwise noted.) 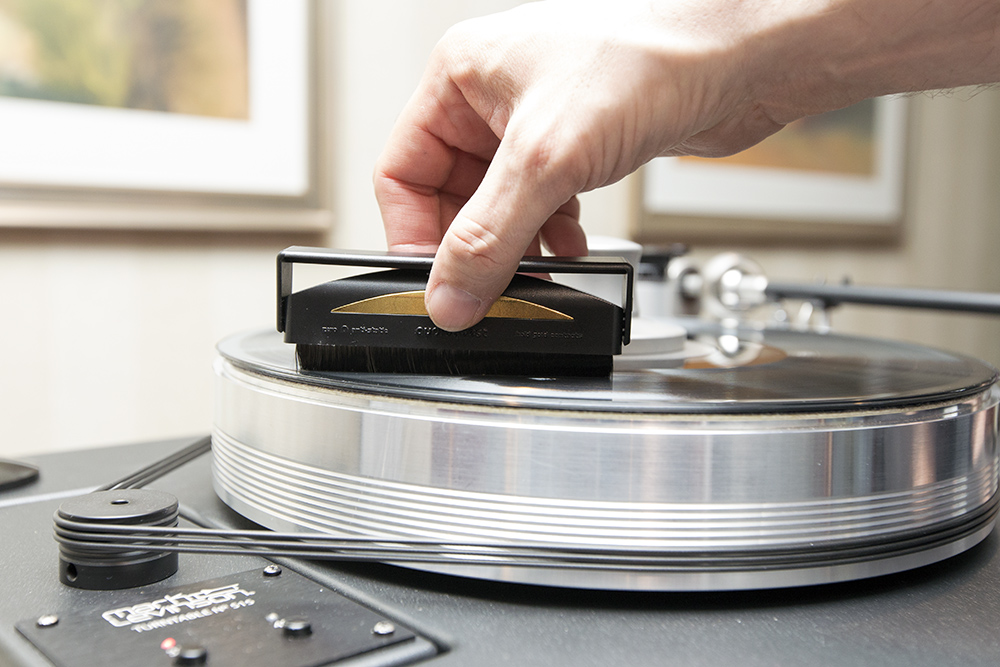 Everything old is new again! Warming the cockles of my heart, AudioQuest is re-introducing its Anti-Static Record Brush (that’s actually the model name!). You may still have one of these from back in the ’80s, but if not, you didn’t miss the boat. AudioQuest has revised and improved the ASRB, most notably by providing a path to ground from the thin carbon-fiber bristles to the metal sides of the brush, and then through your skin to the floor. At $26, the price seems not much different from 30 years ago. 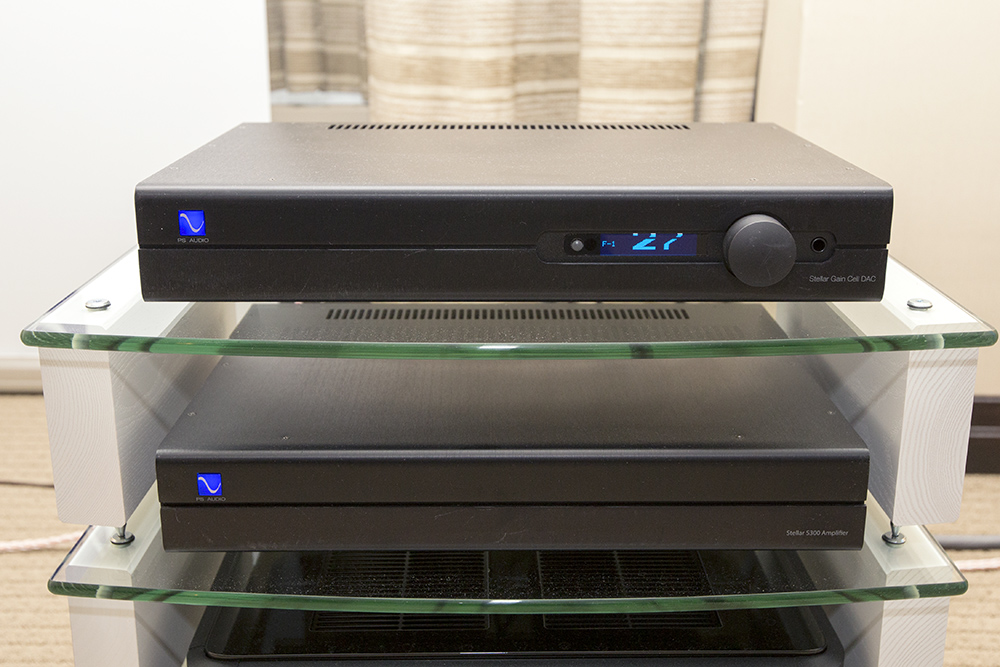 Kimbercan, the Canadian distributor of Kimber Kable, PS Audio, Neat Acoustics, and Custom Design furniture, was premiering the fresh-baked PS Audio Stellar Gaincell DAC-preamp ($2400) and Stellar S300 power amp ($2100). The Stellar S300 is a class-D design claimed to chug out a healthy 300wpc into 8 ohms, which divides out to a very good watt-to-dollar ratio. 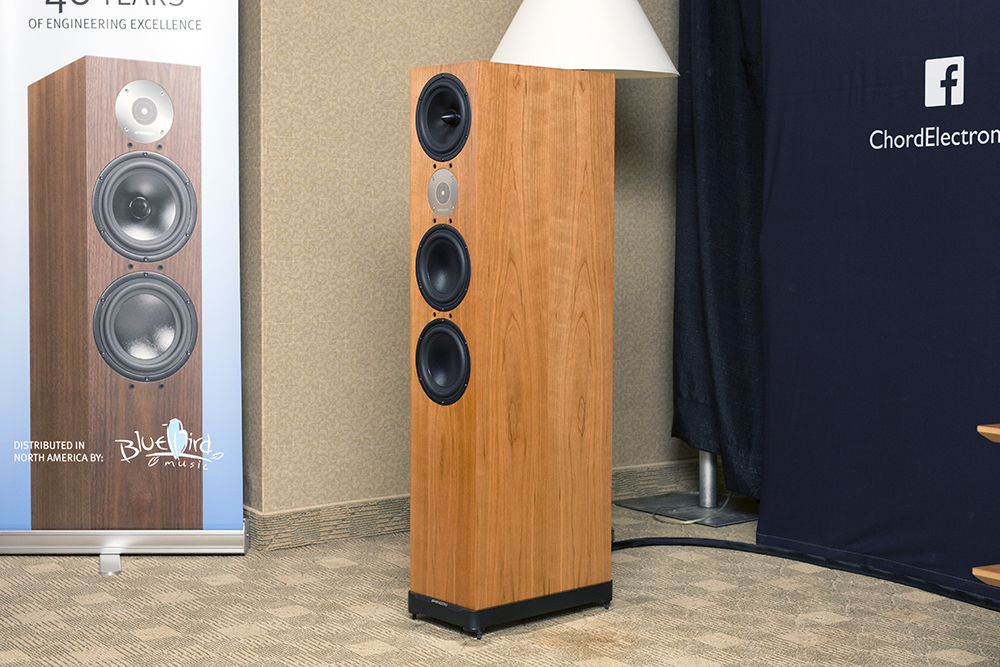 Shown for the first time in North America, the $12,999-per-pair D9 loudspeaker is a large tower from Spendor that’s a departure from the more over-square boxes that have come to define the company’s products. According to Spendor, the D line was designed to produce a more neutral sound with less of an influence from the box itself. Spendor now makes its own high-frequency driver, the LPZ tweeter, which is a soft-dome design fronted by a steel-mesh front plate that serves as a phase-correcting micro-foil. 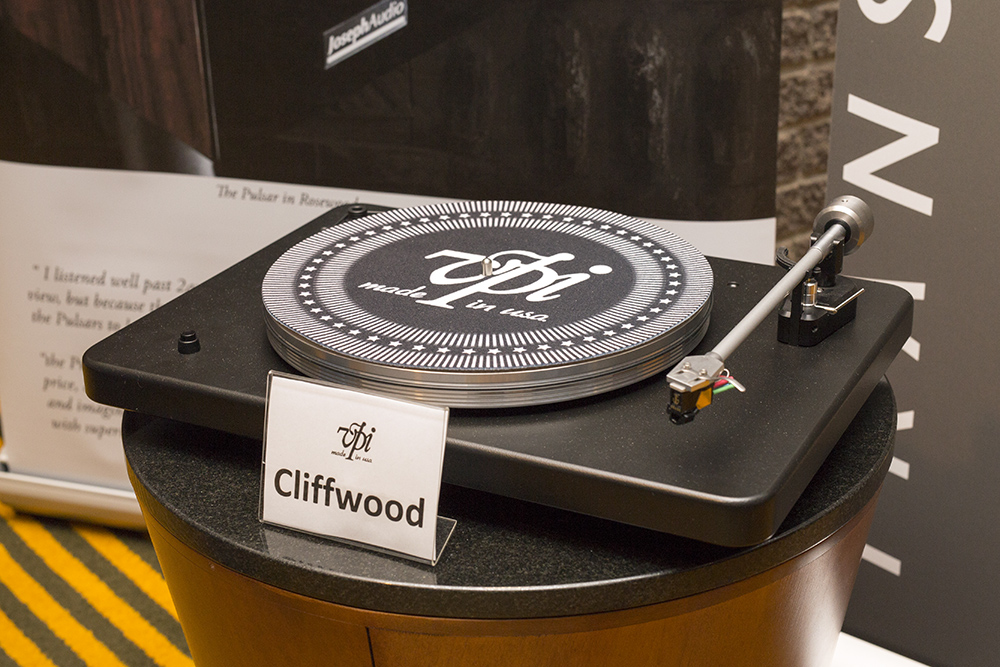 After quite literally assembling it for the first time two days prior, VPI was showing its Cliffwood entry-level turntable. While the company hasn’t yet announced pricing, VPI says that it’s shooting for a retail price of $800 USD, this for a turntable made entirely in Cliffwood, New Jersey, replete with a 9.5-pound machined-aluminum platter, gimballed tonearm, and the 600rpm motor used in the original Scout. The Cliffwood comes complete with a Grado Green cartridge made in Brooklyn, New York. According to VPI’s Mat Weisfeld, the company isn’t targeting the traditional hi-fi distribution channels for the Cliffwood. Instead it wants to get these ’tables into record stores, where younger buyers will have a chance to see what a high-quality turntable looks like. 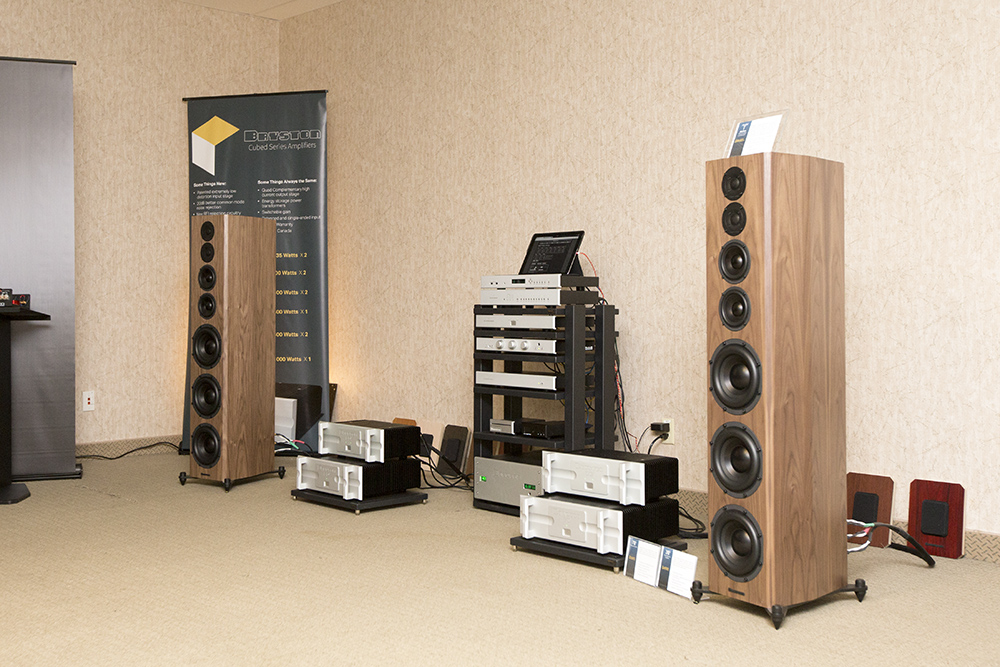 Now here’s a system with infrastructure. While Bryston has long championed the concept of active crossovers, and it’s previously had an active version of its Model T, the company has just released dedicated active systems -- the Model T Active and Middle T Active. Both systems are built around the crossoverless Model T and Middle T speaker, along with the new BAX-1 digital electronic crossover, which converts the incoming analog signal to digital, and then permits manipulation of that signal by variable frequency and Q. The signal is then squirted out to the new 21B3 amplifier, which sports three channels: one 600wpc into 8 ohms, and two 300wpc into 8 ohms. The 21B3, of which you need one for each speaker, is purpose-built for use with the Model and Middle T Active systems. 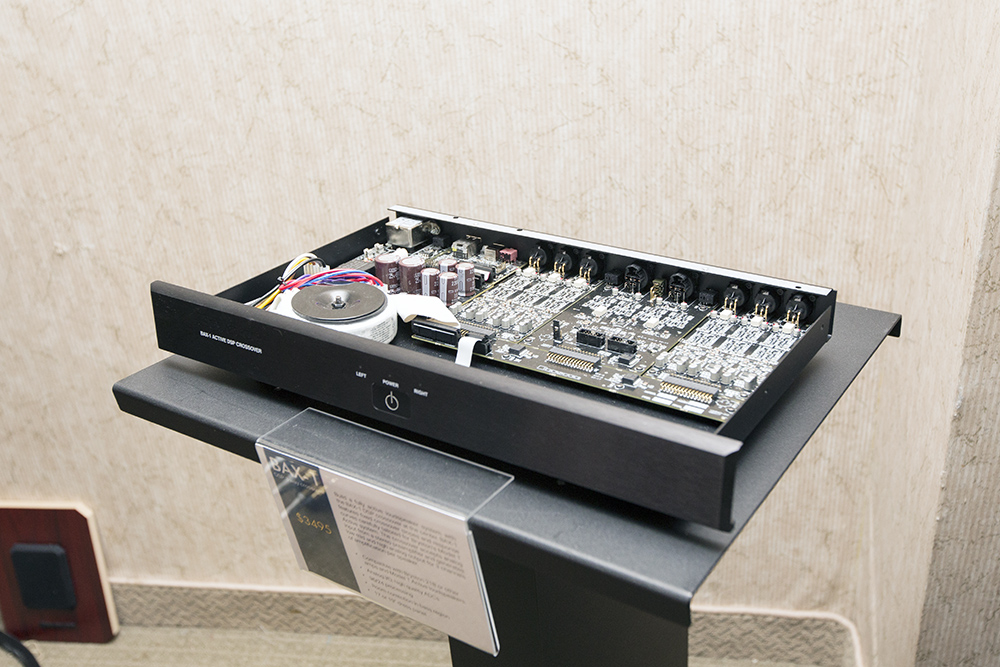 While prices have not yet been formally set for these systems, Bryston expects the Model T Active -- two speakers, crossover, and two amplifiers -- to retail for around $25,000 . . . or so the company hopes. The BAX-1 is available separately for $3495, as is . . . 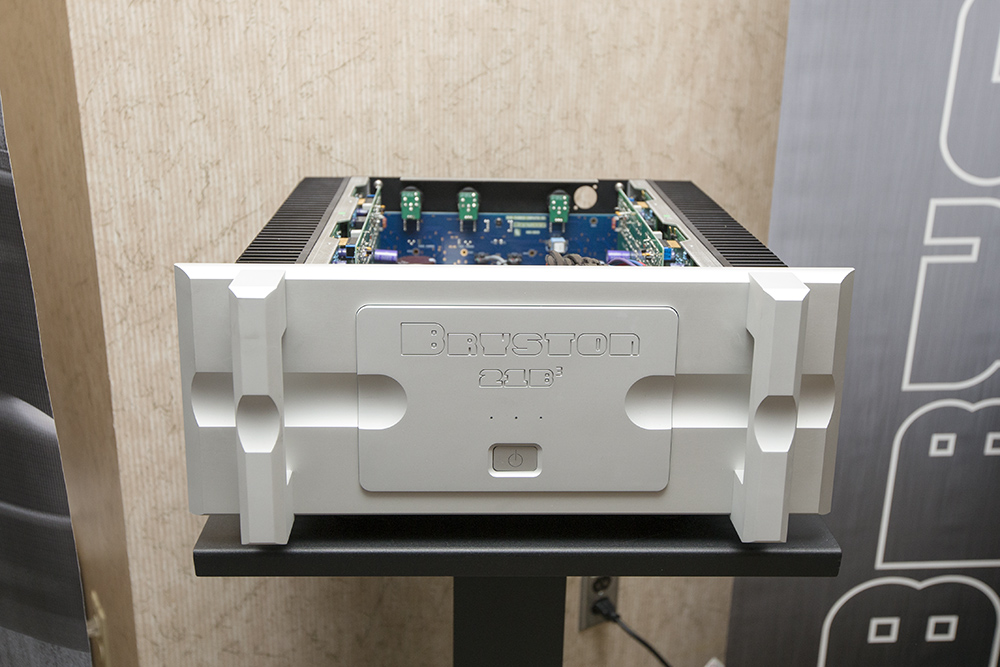