A good night’s sleep and I’m a whole bunch less pissy this morning. Late yesterday afternoon, after I launched into a snarky tirade about the Wynn Audio room, I wandered into Plurison’s expansive suite and was gobsmacked by a sleek, Matrix-like succession of small, stylish, otherworldly sections. Plurison is Canada’s largest audio distributor.

In the anteroom leading into the suite there were two Nespresso machines and a plate of croissants so buttery rich that they juiced out as I bit into them. As soggy as I was at the time, I slammed through three coffee pods, one after the other, and chugged down a day’s worth of caffeine before I moved on.

A few steps farther and the room unfolded into what had to be the most intimidating system I’d ever seen. Usually here at SoundStage! we provide retail prices for all products, but the level of obscene gluttony on display in this vista of excess rendered irrelevant the concept of cost -- let’s just say it was many hundreds of thousands of dollars. 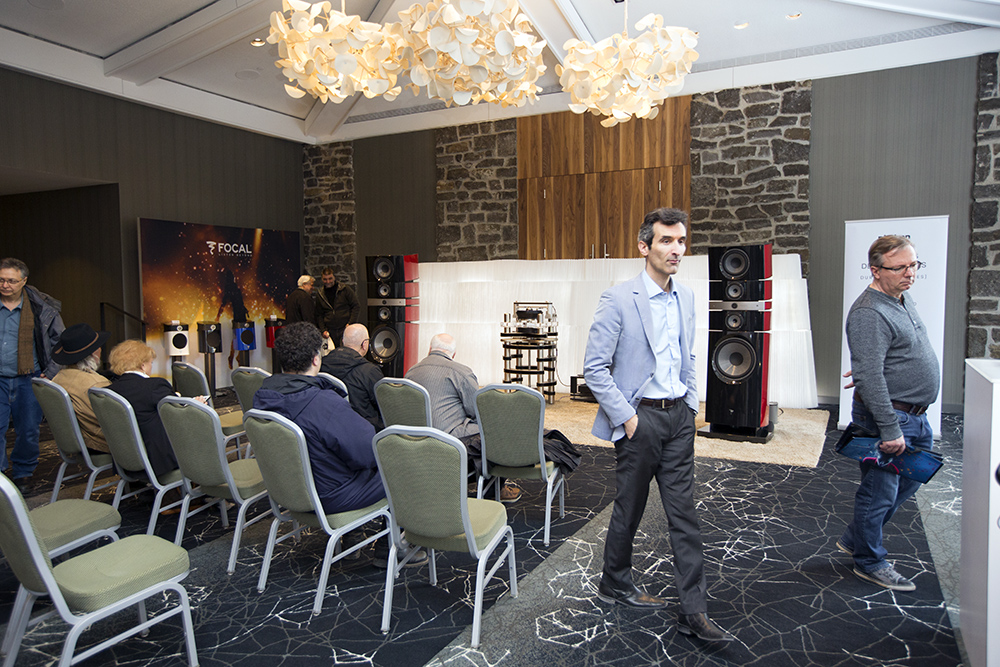 Look: the amplifier and turntable (from Naim and Clearaudio, respectively) in this system are both named Statement, and geez do they mean it. The Naim amp presents like a small fusion reactor and the Clearaudio turntable wouldn’t be out of place orbiting the Death Star. And the speakers were an assault on any sense of restraint. The Focal Grande Utopia EMs are -- quite literally -- large enough to be buried in. In the cavernous expanse of the Plurison room they chundered out enough bass that I felt it down into the pit of my stomach.

An open room such as this isn’t about listening for details, or asking the proprietor to play a disc of your music. It’s about sheer audio pornography. Farther in was the full Rega turntable line. Right next to it sat a vibrant cross-section of Clearaudio ’tables. To the right was Naim’s electronics line and the company’s slinky Mu-so speaker systems. To the left a pair of Devialet’s Gold Phantoms were slamming out high levels of low frequencies. Just about every Musical Fidelity box sat there, and it was hard to walk past without running my hand down their flanks. 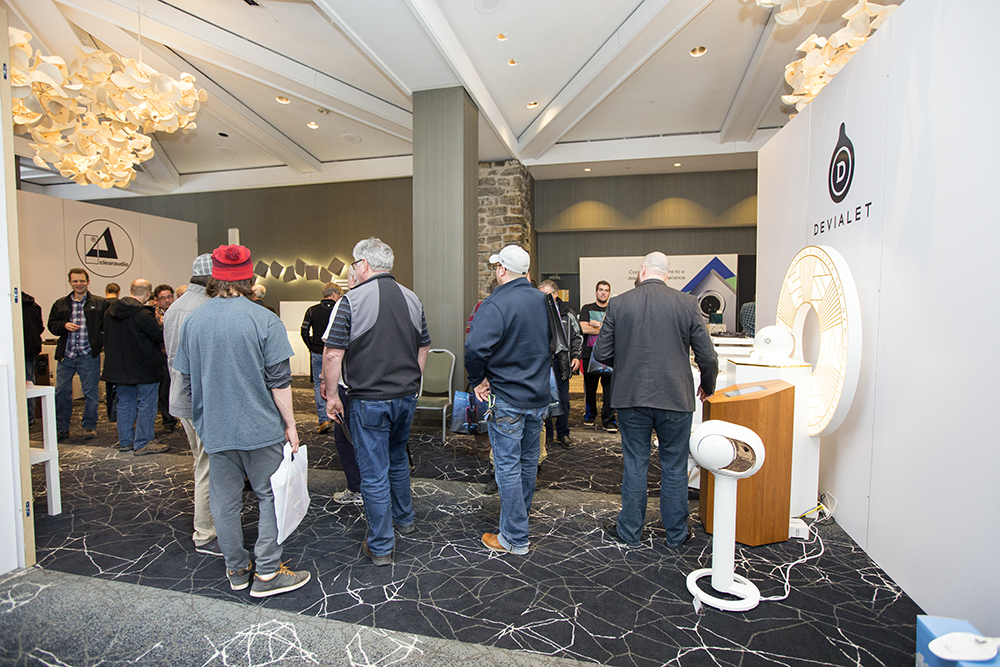 Crystal Cable had its new Arabesque Minissimo Scala speakers on display, and Micromega was showing a fruity array of its M-One integrated amps. If you’re looking for something you can slip into your pocket, Astell&Kern had a carnival-sized booth, and -- for those looking to drop coin at the show, there were Cambridge Audio products for sale right there. 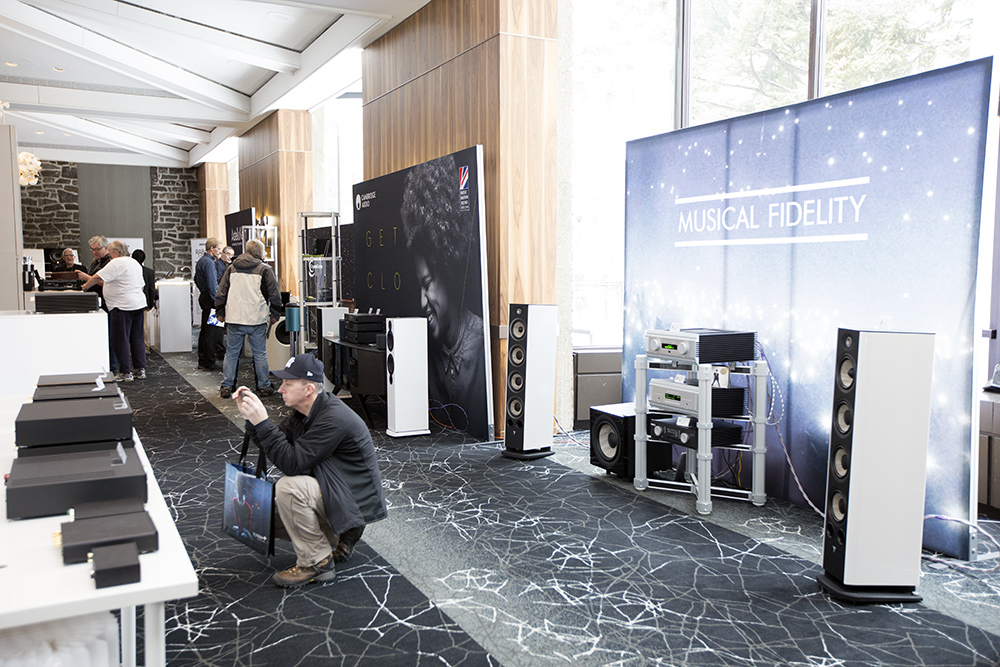 While I’d like to hold up the Plurison room as an example of how audio exhibitions should be done, I realize that it takes deep, deep pockets to pull this off. The networking requirements alone, for I’d guess around seven separate streaming products, require a level of logistical planning that’s far out of reach for most companies.

So yeah, this is how it should be done. It’s how I’d like it to be done at audio shows. And while the example of Plurison is on the rare cutting edge, I’m happy I was there to experience it.