About a week before I got on a plane to Munich, Doug Schneider asked me if I’d like to cover headphones and related products at the show. Absolutely -- a big chunk of my listening is done through ’phones, so I’m really interested in the category.

I was told that Sennheiser, AKG, and Beyerdynamic would be here in force -- a reasonable expectation, as Munich is right in these companies’ backyards. Upon my arrival, I was surprised to find that none of these big European brands were present at High End. But I’ve found tons of new headphone-related products from companies all over the world. All prices are in euros (€) or US dollars ($). 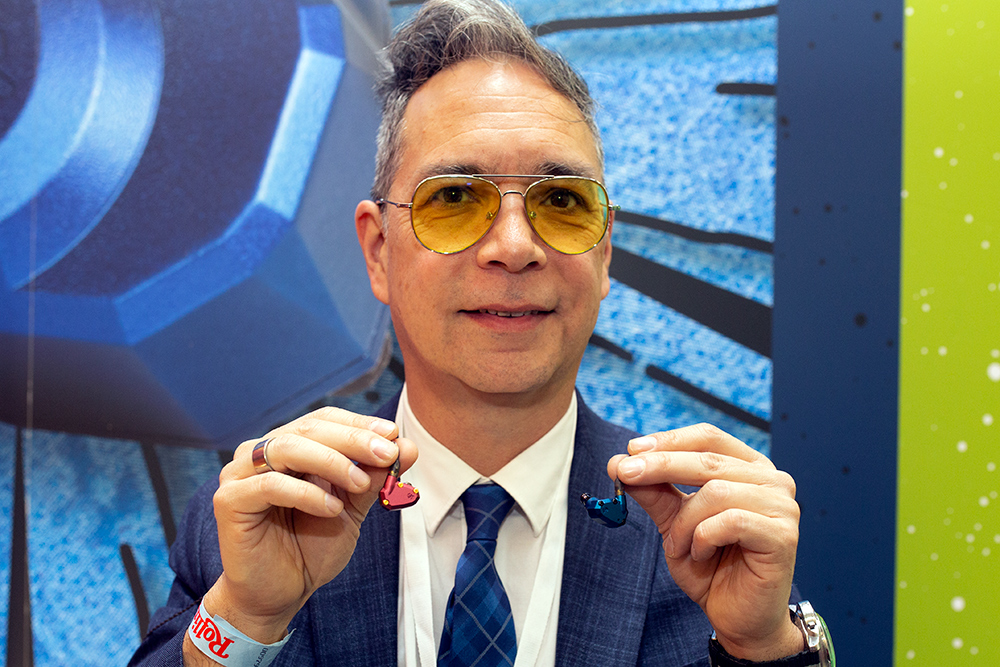 Oregon, United States-based Campfire Audio, whose flagship Solaris in-ear monitors were recognized as a Recommended Reference Component in January on SoundStage! Hi-Fi, introduced two new IEMs in Munich: the entry-level IO ($299, shown on left in the above photo with Campfire owner Ken Ball) and step-up Polaris ($499, shown on right) earphones.

Like all of Campfire Audio’s earphones, the IOs feature the company’s Tuned Acoustic Expansion Chamber (TAEC), said to open up high frequencies and expand the soundstage. Inside each earpiece is a vented balanced-armature driver for lows, paired with a smaller tweeter. The company says that the IOs have the same tuning as its premium Andromeda IEMs ($1499), and so it proved in my brief audition. The IOs combined full, warm bass with lively, articulate mids and highs. While the IOs’ bass was not as clearly defined as the Andromedas’, and mids weren’t as smooth, the two earphones share an unmistakable family resemblance.

The Polaris earphones employ a 9.2mm dynamic midrange-woofer vented into a tuned chamber, coupled with a balanced-armature tweeter. Both IEMs come with a silver-plated copper litz cable, matching earphone case, and large assortment of tips. 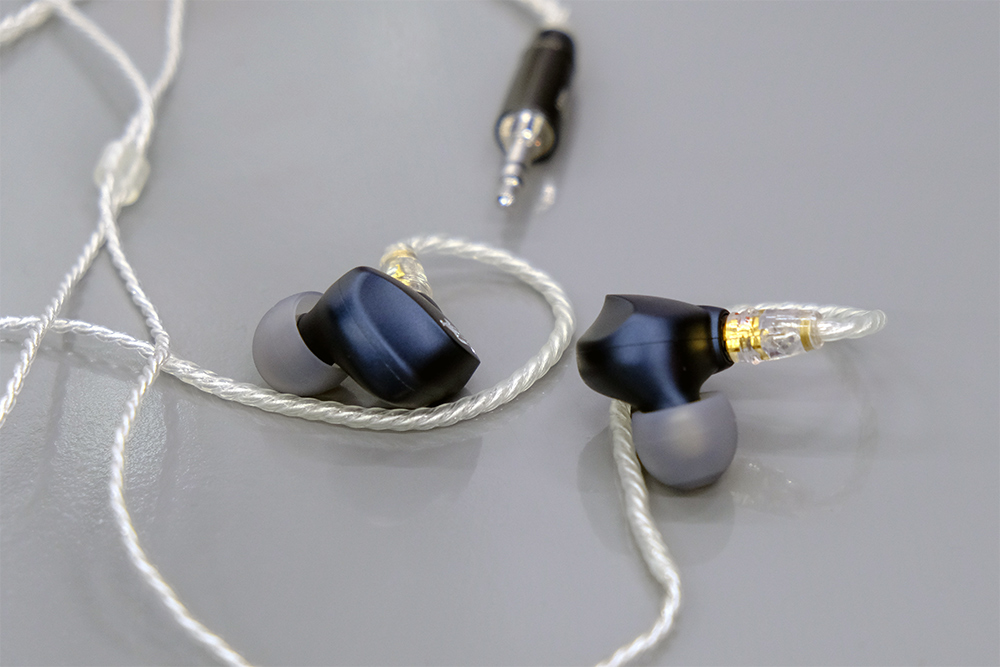 The Romanian brand Meze Audio has had an unbroken series of hit products since the launch of the Meze Classic 99 over-ear headphones in 2015. Earlier this month, Meze Audio’s flagship Empyrean headphones were recognized as a Recommended Reference Component by SoundStage! Hi-Fi.

Meze Audio’s hit parade continued at High End 2019 with the launch of the Rai Penta IEMs (€1099). Each earpiece houses four balanced-armature drivers and a single dynamic driver, in a chassis milled from solid aluminum. Specified frequency response is 4Hz to 45kHz, and distortion is said to be lower than 1%.

I spent an ecstatic quarter-hour listening to music on the Rai Pentas from my LG G7 ThinQ smartphone. Playing a 24-bit/96kHz FLAC file of Ahmad Jamal’s album Marseille, I was blown away by the natural heft and sparkle in Jamal’s piano, the beautiful sheen in the cymbals, and the effortless snap in the percussion. The Rai Pentas uncovered every strand in this recording, yet presented it as an integrated whole. Simply lovely. 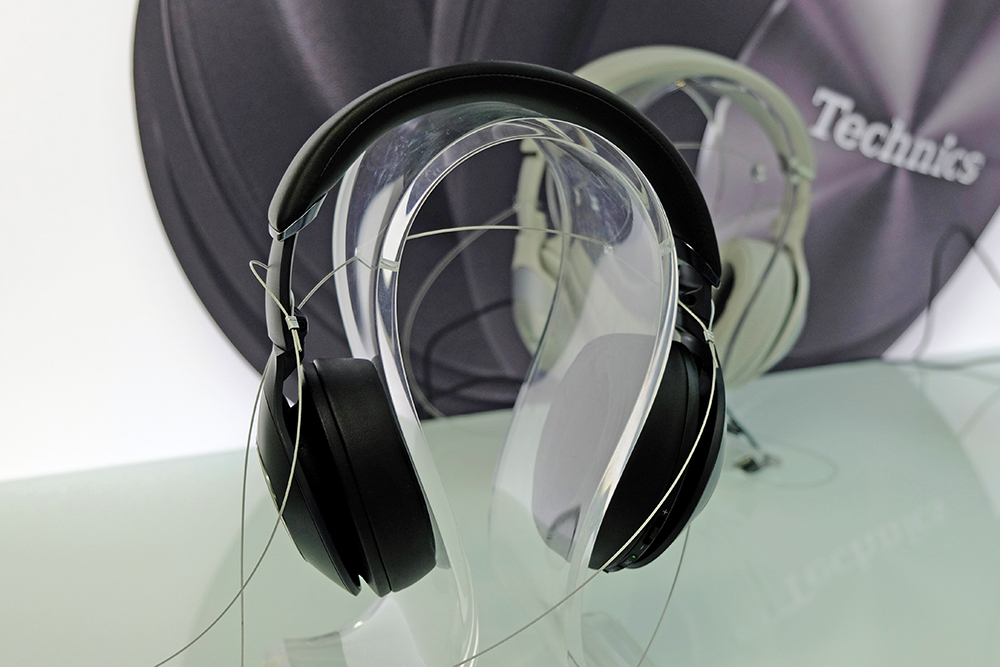 Technics showed two new Bluetooth headphones in Munich, the EAH-F50Bs at €329, and EAH-F70Ns (shown above) at €399. Shipments begin this summer. The EAH-F50B headphones have 40mm dynamic drivers with composite diaphragms, mounted in earcups with 30 ball joints to facilitate a good fit to listeners’ ears. They support Bluetooth aptX HD and LDAC for high-rez wireless streaming.

The EAH-F70Ns add active noise cancelation, with three different modes that address different noise profiles. If you push on one side of the earcup, the headphones will pass through ambient sound so you can hear announcements or a companion who wants your attention. If you move the ’phones to your shoulder, music is automatically paused. 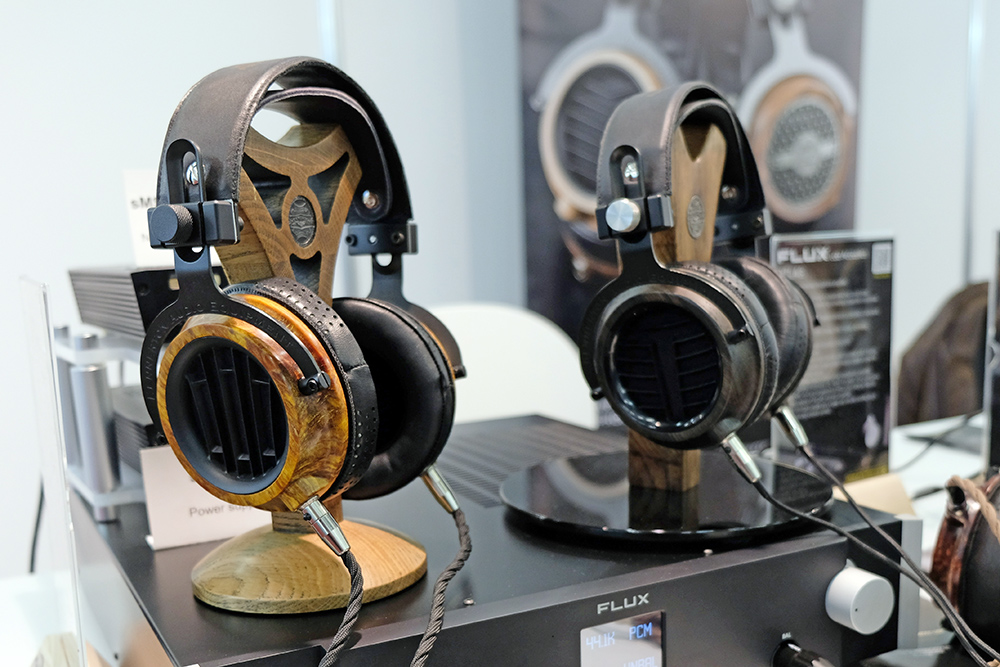 The Russian headphone brand Kennerton showed a new flagship model in Munich. Replacing the Odin, the new Thror planar-magnetic headphones ($3500, shown on right above) have drivers with a new membrane that’s said to provide better resolution and soundstaging than the driver design used in the Odins. The Thrors also have a wider headband with higher-quality leather. And at 480g, they’re 200g lighter than the Odins.

Slotting in below the Thrors are the new Odin Thridi headphones ($2500, shown on left in photo), a hefty model employing a new 80mm planar-magnetic driver with a polyamide diaphragm that’s 10µm thick, and a motor system with ten neodymium magnets arranged in push-pull configuration. 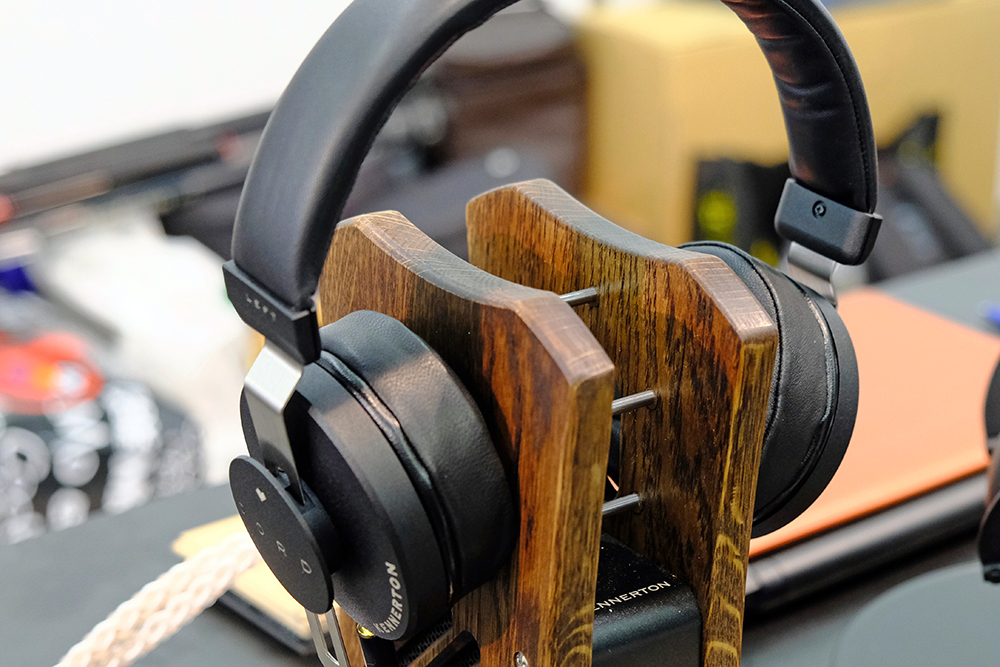 Also new from Kennerton are the Jord dynamic headphones, which are expected to sell for $400. They have 40mm dynamic drivers, steel headbands, and leather cushions. I gave them a play from my LG G7 ThinQ smartphone, which drove them easily. I found the Jords comfortable, with impressively fast dynamics and a solid bottom end that became a little heavy at times. For four C-notes, they’re kinda killer. 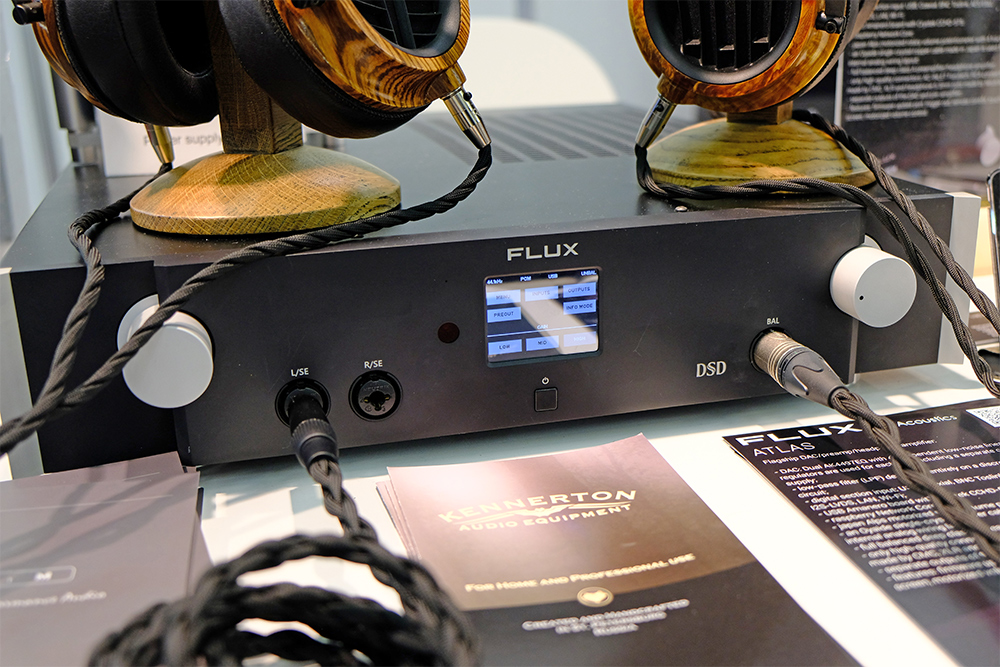 Sharing booth space with Kennerton was Ukraine-based Flux Lab Acoustics, which had two DAC-headphone amps. Flux Lab’s flagship model, the Atlas ($5000), is a large desktop model utilizing AKM AK4497EQ DACs in a dual-mono configuration, with a discrete low-pass filter. Input options include XLR and RCA analog, USB, S/PDIF coaxial, TosLink optical, and AES/EBU. Maximum resolution via USB is 32-bit/384kHz PCM and DSD512. The class-A headphone amplifier, which employs an Alps motorized volume control, is specified to produce 2.6Wpc into 32 ohms. The Atlas can also be used as a preamp, and is equipped with XLR and RCA pre-outs. 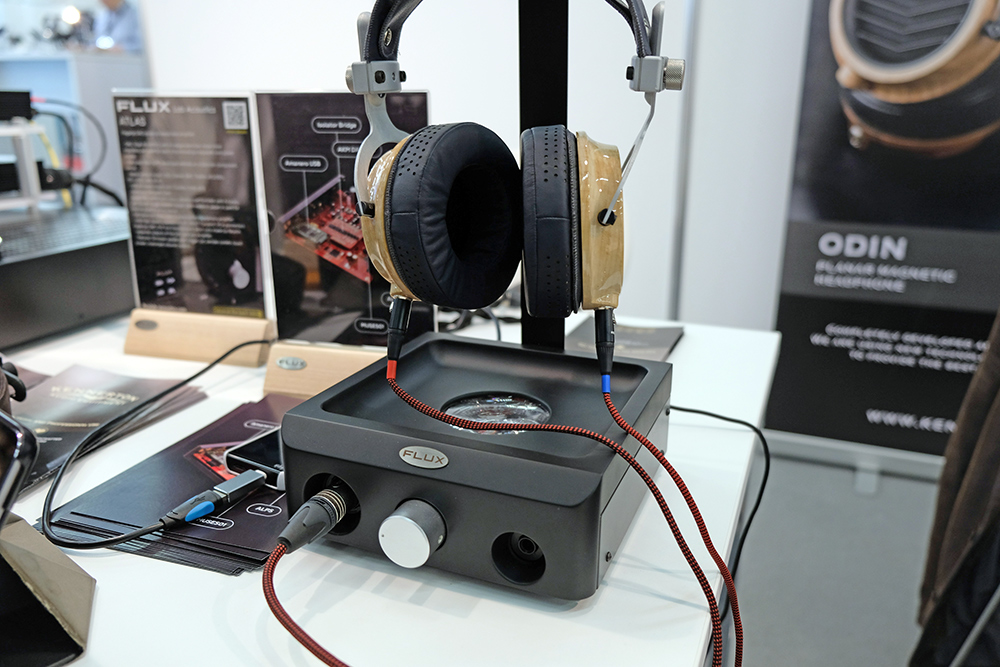 Shipping later this summer for $1000 is the Iriy DAC-headphone amp, which employs an AKM DAC chip, an Alps volume control, and a linear power supply with a toroidal transformer. It’s rated at 1Wpc. 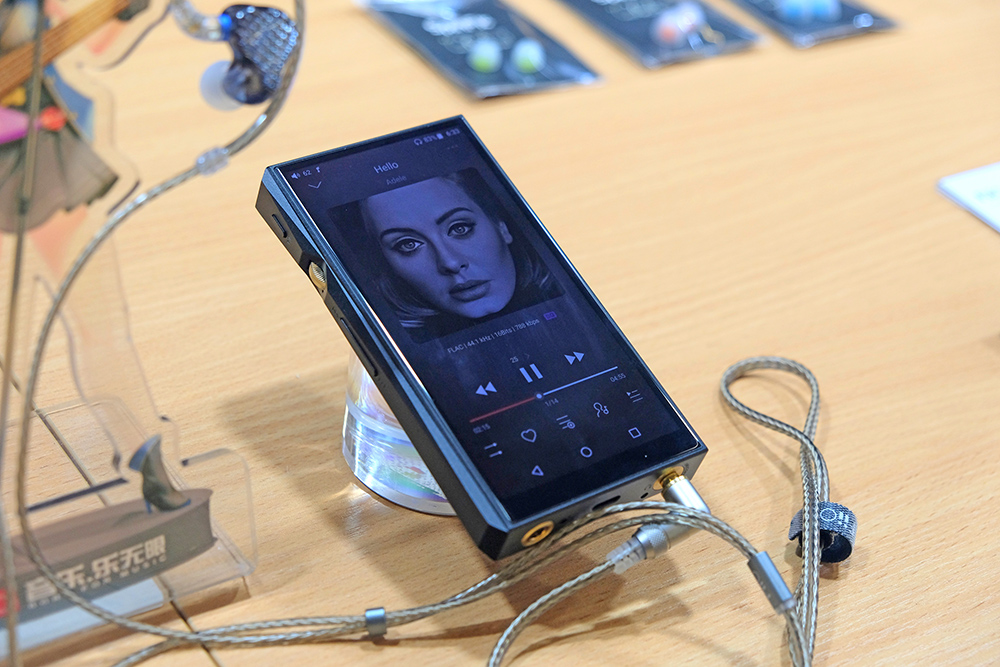 Shipping in late July, the Lilliputian M5 high-resolution player has a 1.54" 240x240-pixel touchscreen and maximum resolution of 24-bit/192kHz PCM. It has some interesting non-audio features, including voice recording and pedometer. Via the USB-C connector, the M5 can function as a USB DAC. Maximum resolution is 24/192 PCM. 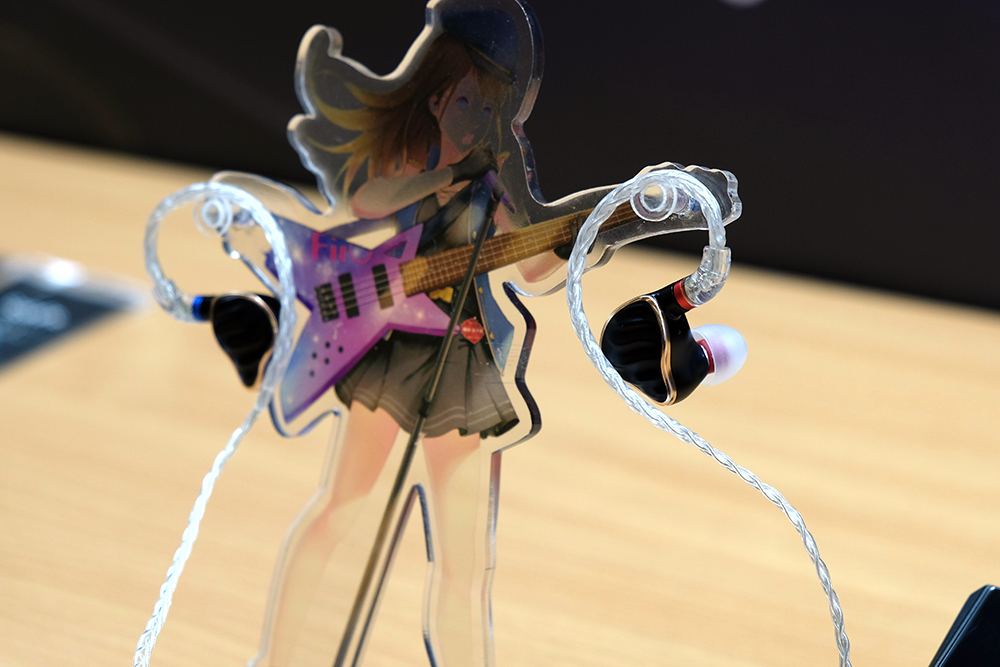 Also new from FiiO are the FH7 in-ear monitors (€499), which employ four balanced-armature composite drivers mated to a 13.6mm beryllium dynamic driver for high frequencies, all in an aircraft-grade aluminum-magnesium-alloy housing. Included with the FH7s are three detachable filters, an eight-strand silver-plated copper cable, and multiple SpinFit CP145 eartips.