Munich’s High End is mostly about serious high-end audio, but this year’s edition also had a lot of fodder for my primary beat, “convenient, lifestyle-oriented hi-fi,” to quote the blurb for SoundStage! Simplifi on our network portal. On the first day, I came across more Simplifi’d audio products than I can cover in a single report, and there are many halls that I haven’t yet visited, so check back for further updates. All prices are in euros (€) or US dollars ($). 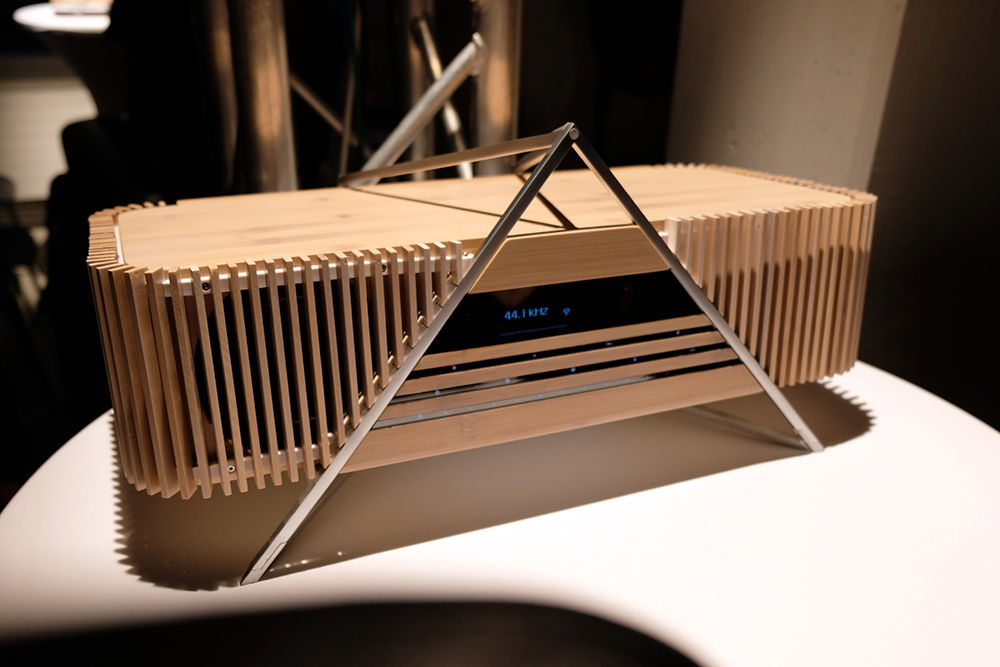 At an offsite event held after the show closed on day one, the UK brand iFi unveiled a new all-in-one powered tabletop music system. Shipping in July for $1299, the Aurora has a wraparound covering made of bamboo slats, and sits slightly raised on an aluminum frame. The striking design drew oohs and ahs from the audience when it was unveiled.

The Aurora has built-in Wi-Fi and Bluetooth, as well as TosLink, S/PDIF coaxial, USB, and Ethernet. There’s also an SD card slot, and RCA and 3.5mm analog inputs. Maximum resolution is 24-bit/192kHz PCM via TosLink and S/PDIF, and 32/192 PCM via USB, Ethernet, and Wi-Fi. Interestingly, the Aurora has a 12V DC power input, as well as a 120/240V AC input, so it can be used in mobile or marine applications.

Multiple Aurora speakers can be combined for whole-home audio, and the system also supports AirPlay.

The digital bitstream is immediately converted to analog by dual ESS Sabre DACs, and from that point, all processing occurs in the analog domain. There’s quite a bit of this going on, including “SoundSpace,” said to expand the soundstage, “TrueBass,” said to extend low-frequency output, and “ART” (Automatic Room Tailoring), which uses attached microphones to detect the distance to room boundaries and adjust response accordingly. 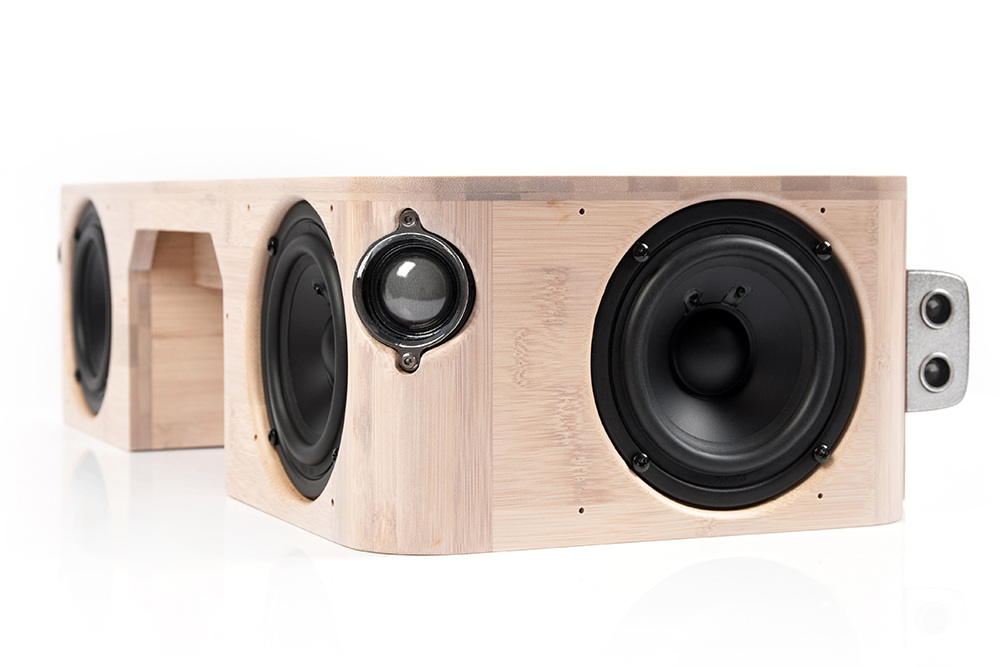 The driver complement consists of two front-firing and two side-firing 4.7" drivers with long-fiber paper cones, crossed over at 8kHz using a first-order filter to angled 1.1" silk-dome tweeters. Lows are reinforced by two rectangular down-firing passive radiators, with diaphragms made of a carbon-iron-ethylene vinyl composite, that sit in a self-centering double-ribbed surround. According to iFi, the system delivers a frequency response of 27Hz-35kHz.

There are four 80W power amplifiers, which iFi calls a “current multiplier circuit.” iFi says the amps’ high switching rate -- in the 1.5MHz range -- as well as their output filter and adaptive feedback loop, enable them to provide superior musicality to typical off-the-shelf class-D modules. The preamp stage uses a pair of Russian 6N3P tubes, which are visible behind the front-panel display. 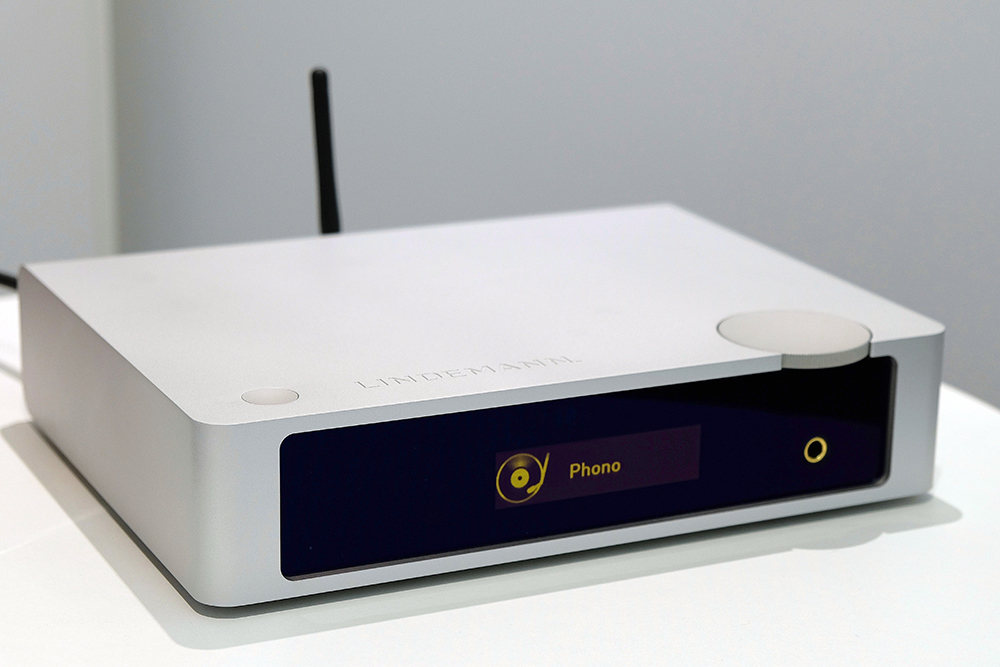 The new Musicbook series from the German brand Lindemann Audio includes two class-D power amps, rated at 250 and 500Wpc, both using Hypex Ncore technology, plus a streaming preamp, the Musicbook:Source. Shipping in June or July for €3280, the Musicbook:Source has analog and MM phono inputs, S/PDIF and TosLink inputs, and a USB port for connecting an external drive.

Maximum resolution is 24-bit/384kHz PCM and DSD via Ethernet. The device employs AKM AK4493 mono-mode DACs and an MEMS FemtoClock with jitter said to be less than 500 femtoseconds. The Musicbook:Source is Roon Ready, and supports a multitude of streaming services including Tidal, Qobuz, Deezer, Spotify, and HighResAudio. In addition to Roon, playback can be controlled by dedicated iOS and Android apps. The housing is milled from a single piece of metal, as is the supplied remote control. Output options include balanced and RCA pre-outs, plus a front-panel headphone output. 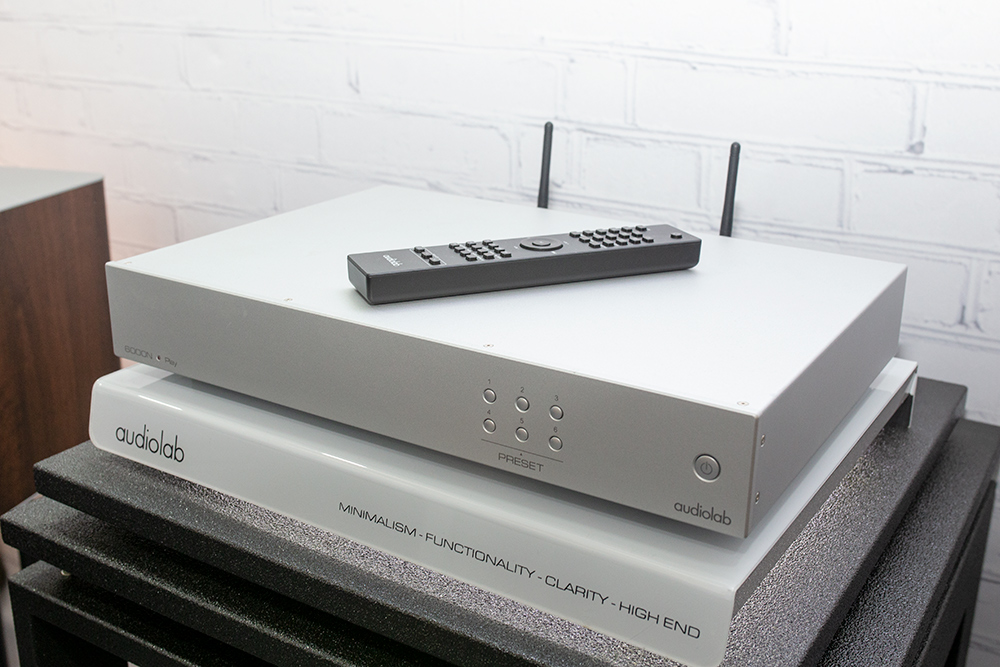 The new 6000N streamer from Audiolab (€499) is intended to complement the 6000A integrated amplifier and 6000CDT CD transport introduced last year in Munich. Based on DTS’s Play-Fi multi-room technology, the 6000N can be combined with Play-Fi components from a multitude of brands for whole-home audio, under control of the Play-Fi app for iOS and Android. Play-Fi supports a wide range of streaming services, including Tidal, Qobuz, Spotify, Deezer, and Amazon Music. 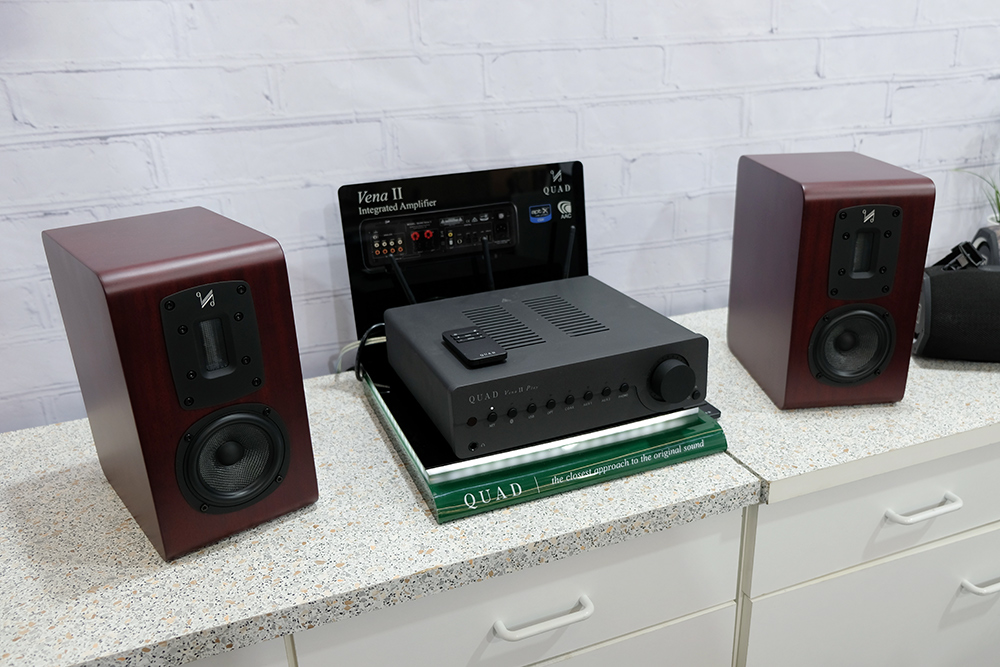 Audiolab’s sister brand Quad showed a new version of the compact Vena streaming amplifier. New features of the Vena II include an MM phono stage, upgraded power supply with 200VA toroidal transformer and 3000µF of energy storage, and dedicated headphone amp (instead of a reduced-power feed from the power amp). Priced at €899 in Lancaster grey finish, or €999 with one of the wraparound wooden sleeves, the Vena II is a class-AB design, rated at 45Wpc into 8 ohms. There are two line-level inputs, optical and coaxial digital inputs, and USB Type-B. Maximum resolution via the USB input is 32-bit/384kHz PCM and DSD256. The Vena II has built-in Wi-Fi and Bluetooth, and supports DTS Play-Fi whole-home audio technology. The Vena II amp is available in a system with Quad’s S1 bookshelf speakers for €1299. 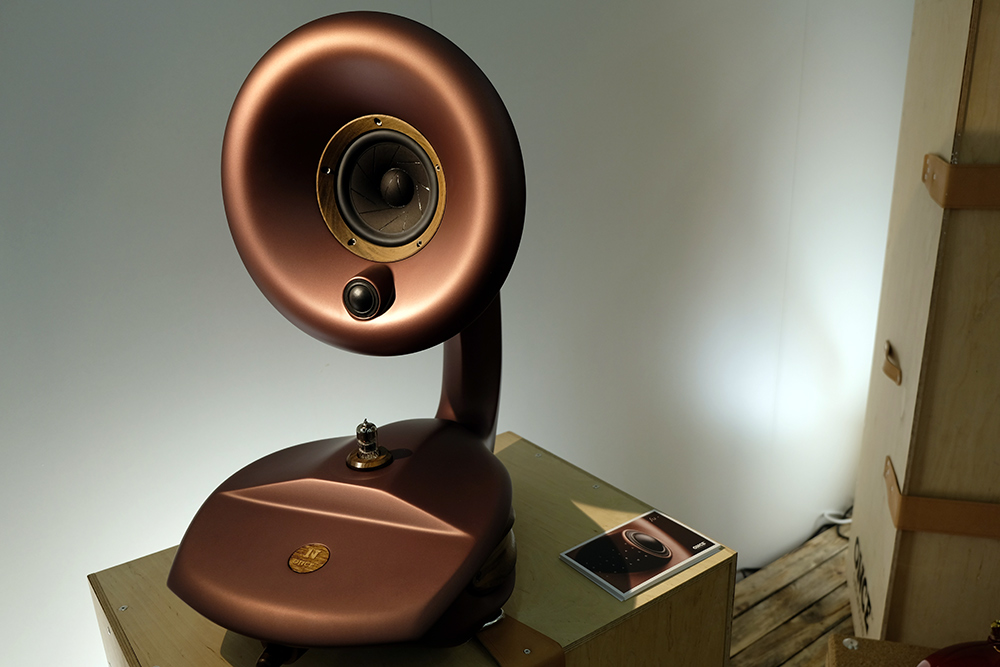 The Turkish brand Once made its debut at Munich’s High End with a tall, wild-looking, horn-loaded passive speaker, the Nar, and this product, the Su powered Bluetooth speaker (€10,000), which to me looks like a Victrola record player from an alien planet. The 70W class-AB amp has an Electro-Harmonix 6922 tube in the input stage. The driver complement consists of a 5.5" sliced-paper-cone woofer and 1" soft-textile-dome tweeter. The Su is built to order, and available in a wide variety of custom finishes like bronze, ivory, and red.