Making Your Own Drivers -- Does it Matter? (Part 2)

Yesterday I examined the question that I know has been burning in your mind: does it matter if a loudspeaker company makes its own drivers? I answered in the affirmative, using the new Sonus Faber Olympicas as an example of why it can be important. And to whom. In Sonus Faber's case, it shows that the loudspeaker company has reached a certain level of maturity in their engineering and has improved their overall technical and logistical capabilities. In other words, they can really make a loudspeaker line. Make as in make.

There's another reason that driver development is paramount to some loudspeaker manufacturers. In a word, it's control. Control, that is, over the entire process of loudspeaker design and the resulting finished product. Imagine for a moment that you're a speaker designer and you have to work around someone else's ideas, and then must incorporate their strengths, weaknesses, and biases into your design. Can you stomach it? To some companies that's a perfectly acceptable tradeoff, and I fully respect that. After all, there is more to a loudspeaker than its drivers, and a multitude of factors can differentiate products. 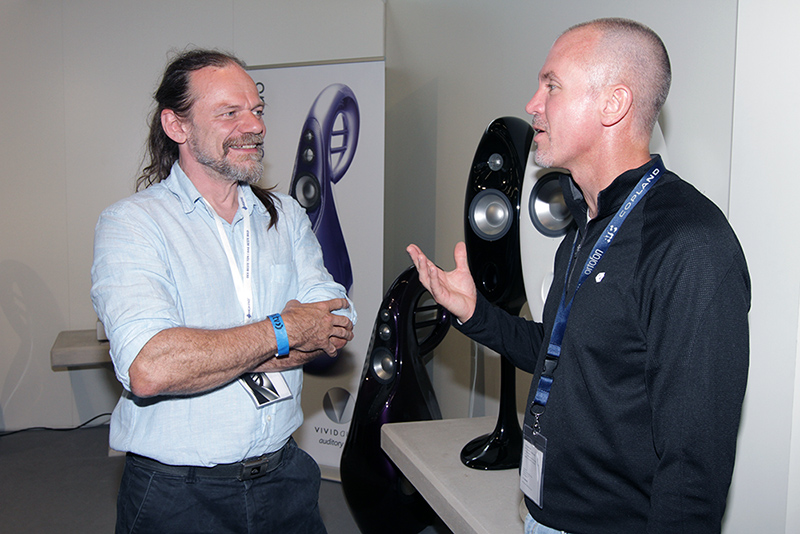 But -- and this is a big but -- if your vision as a designer is of a very specific product, then you know that you just can't fit that round peg into that square hole (or someone else's driver into your baffle opening) and expect it to be what you envisioned. And even if you do squeeze it in, the end result is not really yours through and through.

Laurence Dickie (shown above) feels the same way when it comes to designing and manufacturing the drivers for his Vivid Audio speakers: "The biggest reason why making your own drivers is important was underlined in a big way just this afternoon when I had the pleasure of meeting a driver manufacturer I haven't seen since I first set out on my own 15 years ago," he said. "At the time he assured me his company would be pleased to make drivers to my design . . . until he saw those designs. His reaction was repeated by three subsequent suppliers, who all just rejected those designs as being completely nonstandard and simply not viable. Clearly we have proved that it is perfectly possible to make the drivers, but it just requires a new approach to jigging and assembly." In other words, controlling things from the ground up.

The final -- and perhaps most surprising -- installment comes next . . .