There were new models of electronics at this year’s edition of the Florida Audio Expo, at all different price points and with vastly different form factors and functions. Here is a selection of the most interesting pieces that I saw. All prices are in US dollars. 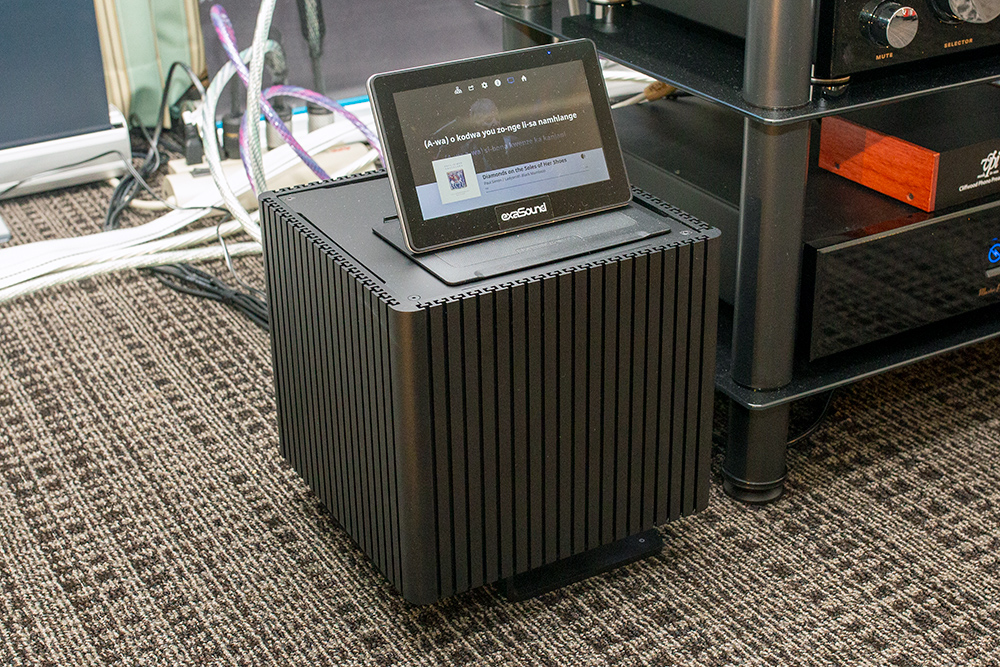 Canada’s exaSound unveiled the Delta Force music server at this year’s Florida Audio Expo. The Delta Force features an Intel i9-9900 eight-core CPU for “heavy-duty DSP processing and upsampling,” and has integral Roon music-management software. The company states that its “silent, high-performance hardware” and exaOS, its “lightweight operating system,” facilitate ideal streaming when feeding a USB DAC and other Roon-supported audio devices. Roon Core provides management of music content stored on hard drives, on NAS devices, and from the streaming services Tidal and Qobuz. The UPnP server offers BitPerfect high-resolution streaming up to DSD512, and PCM up to 32-bit/768kHz. A large 7" touchscreen handles front-panel control. Pricing is said to be between $2999 and $3429 depending on options. We’re hoping to get one for Gordon Brockhouse to review on SoundStage! Simplifi soon. 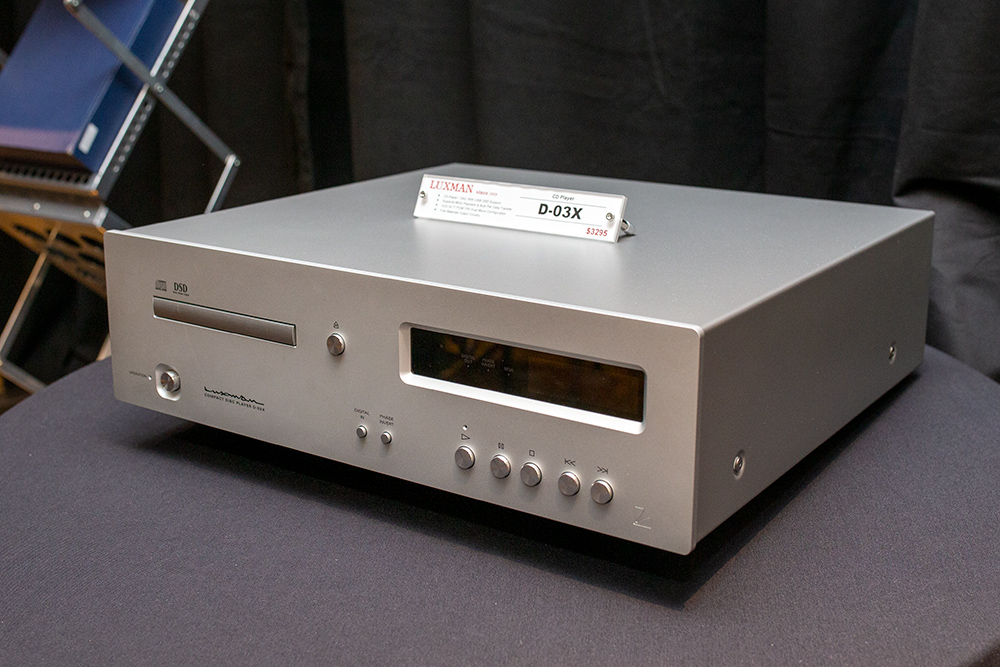 The Luxman D-03X CD player/DAC is a multifunction source device that not only spins the shiny discs but also accepts digital audio from computers, music servers, and disc transports through . . . 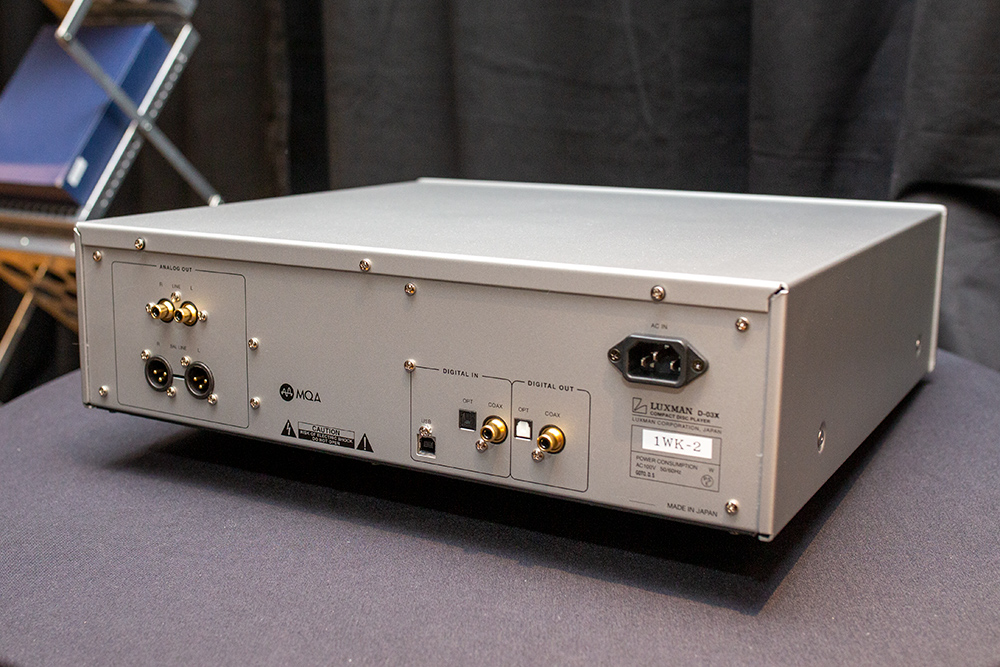 . . . its digital inputs. It also has digital outputs. The D-03X also supports MQA playback courtesy of its dual Texas Instruments PCM1795 32-bit DAC chips. The analog output circuitry is said to be fully balanced, so there are both single-ended (RCA) and balanced (XLR) jacks. The build quality of the D-03X impressed us -- the full-size chassis is reminiscent of Luxman’s pricier offerings. And we particularly liked that all this hardware could be had for the entirely reasonable price of $3295. 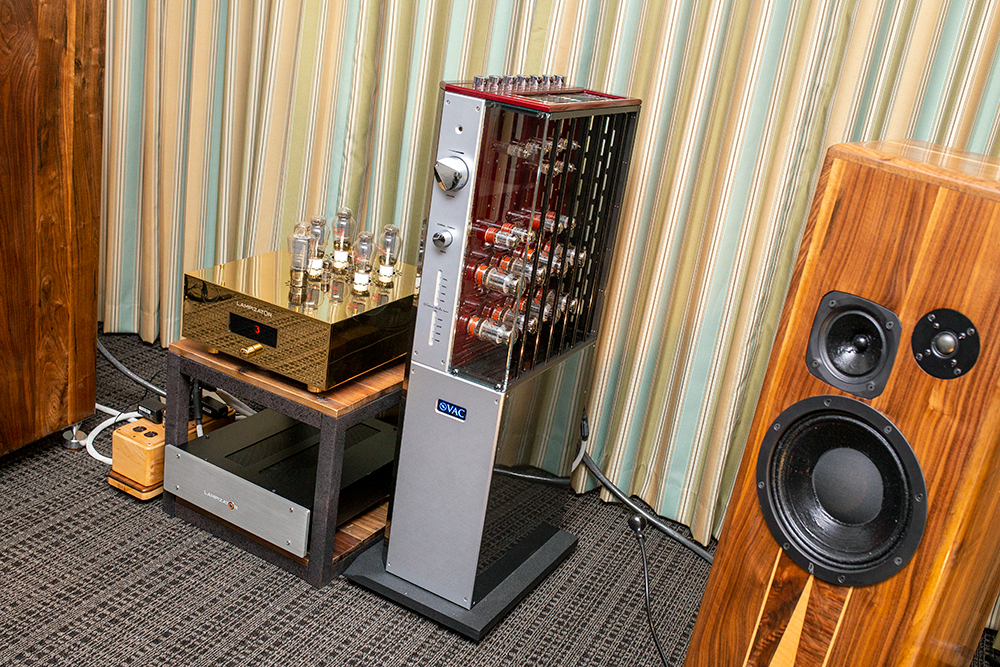 The vertical-format VAC Statement 450i iQ integrated amplifier represents VAC’s serious endeavor to integrate into a single chassis the finest of separate components the company offers. VAC states that this model incorporates the equivalents of the Statement 450S iQ stereo power amplifier and Statement line stage, as well as a high-quality phono stage, in a single, albeit massive and, to my eyes at least, impressive (Doug Schneider wasn’t nearly as smitten by the look or size) package. 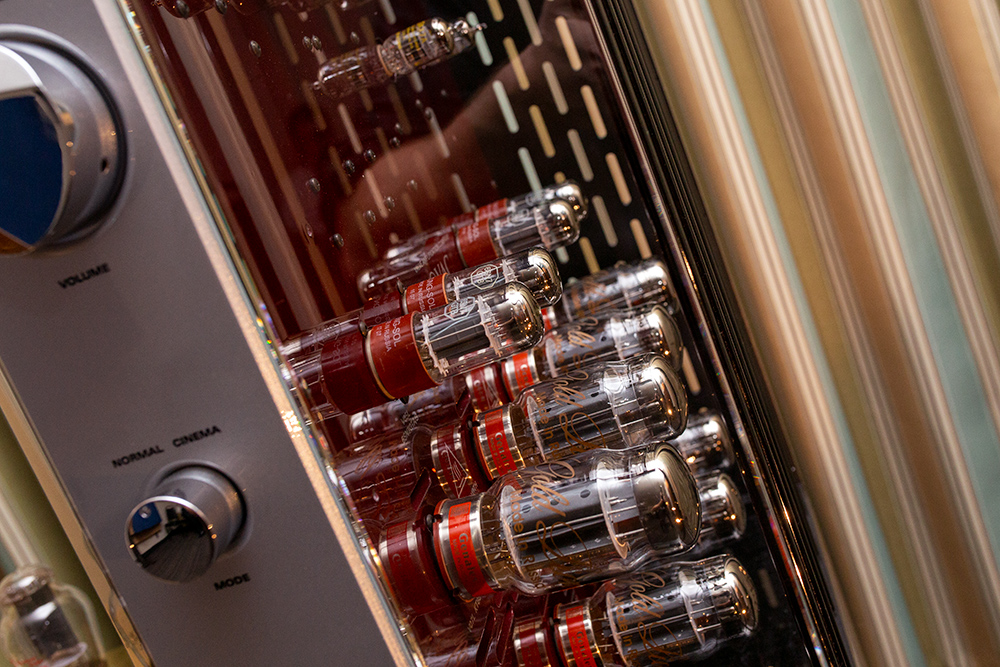 The fully balanced Statement 450i iQ uses KT88 output tubes to produce 225Wpc, enough for most any speaker it would be used with. Balanced (XLR) and single-ended (RCA) inputs are included. The shipping weight for this monster is 400 pounds, and it comes in a custom flight case. As for the price, it’s a mind-blowing $150,000, which makes it the most expensive integrated amplifier we’ve ever seen. 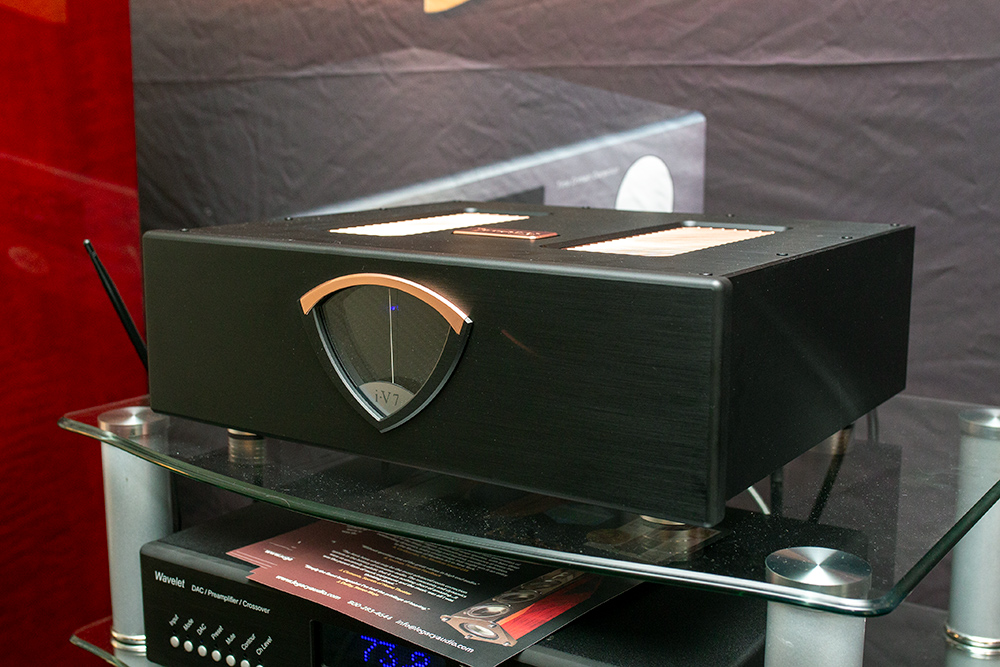 The Legacy i-V7 is a seven-channel high-current, high-voltage amplifier that’s said to be capable of an astonishing 610Wpc into 8 ohms with all seven channels driven. It will reportedly deliver 660Wpc into 4 ohms, and is said to do all of this with less than 0.005% distortion. It uses ICEedge class-D amplifier technology. The 31-pound i-V7 amplifier is specified with 127dB of dynamic range and features balanced and single-ended inputs. 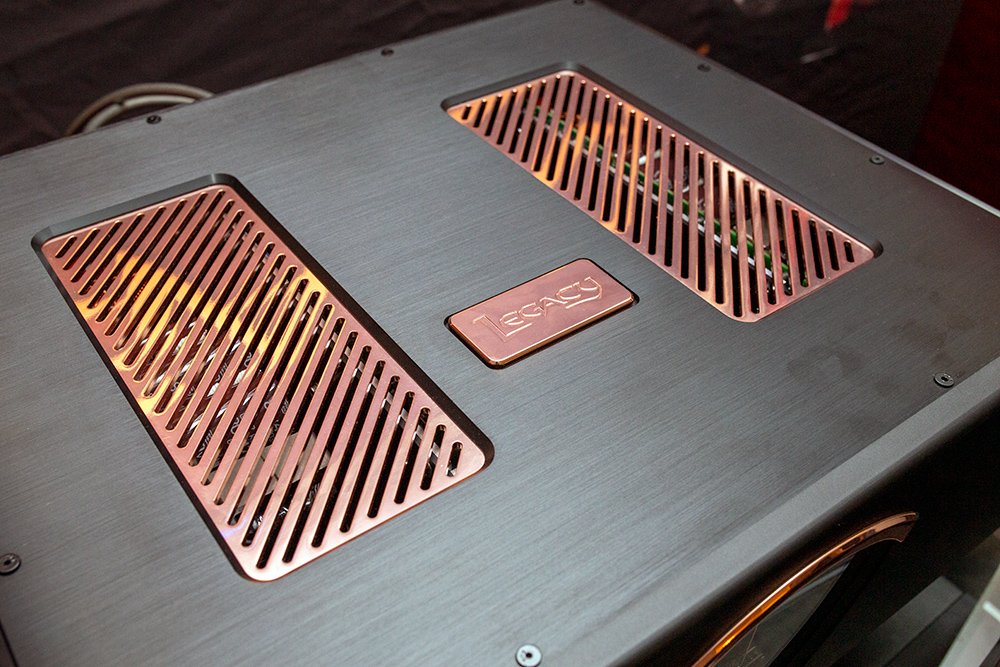 Legacy says that the i-V7 is ideal for both home-theater environments and for powering speakers that use active crossovers and need multiple channels of amplification. The price is $7950. As for those with a traditional two-channel system -- a stereo version is being developed. 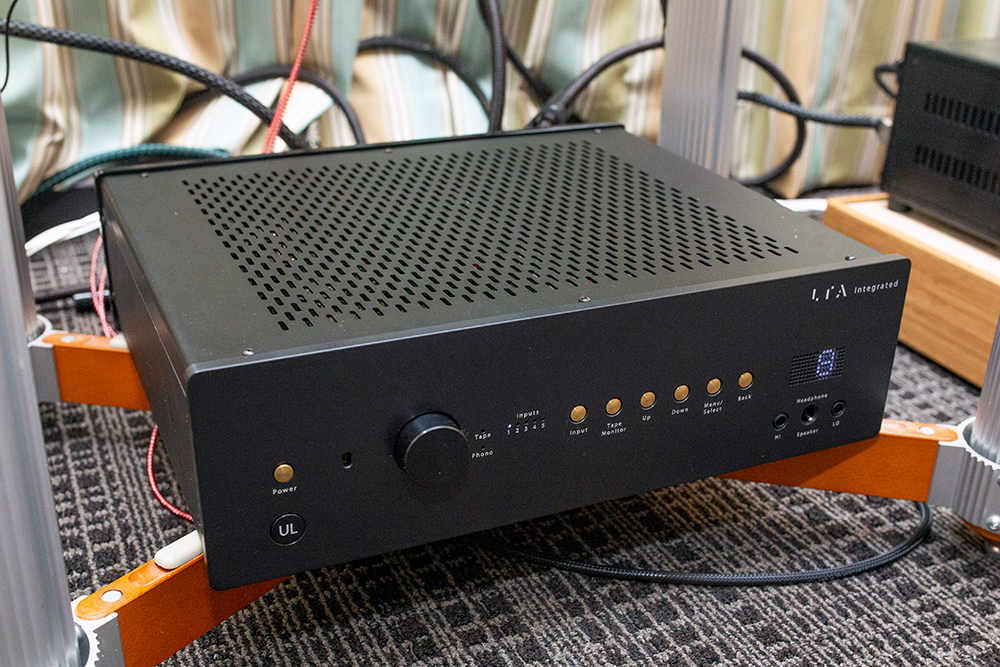 The Linear Tube Audio ZOTL Ultralinear Integrated marries an integrated amplifier with a headphone amplifier. The output transformerless ZOTL produces 20Wpc, which makes it suitable for loudspeakers of high sensitivity. The unit includes high- and low-gain headphone outputs and a stepped-attenuator volume control that can be adjusted by the included remote control. The casework was designed by Fern & Roby, a design firm that produces and retails its own audio product line in its store in Richmond, Virginia. The price of the Linear Tube Audio ZOTL Ultralinear Integrated is $7650. 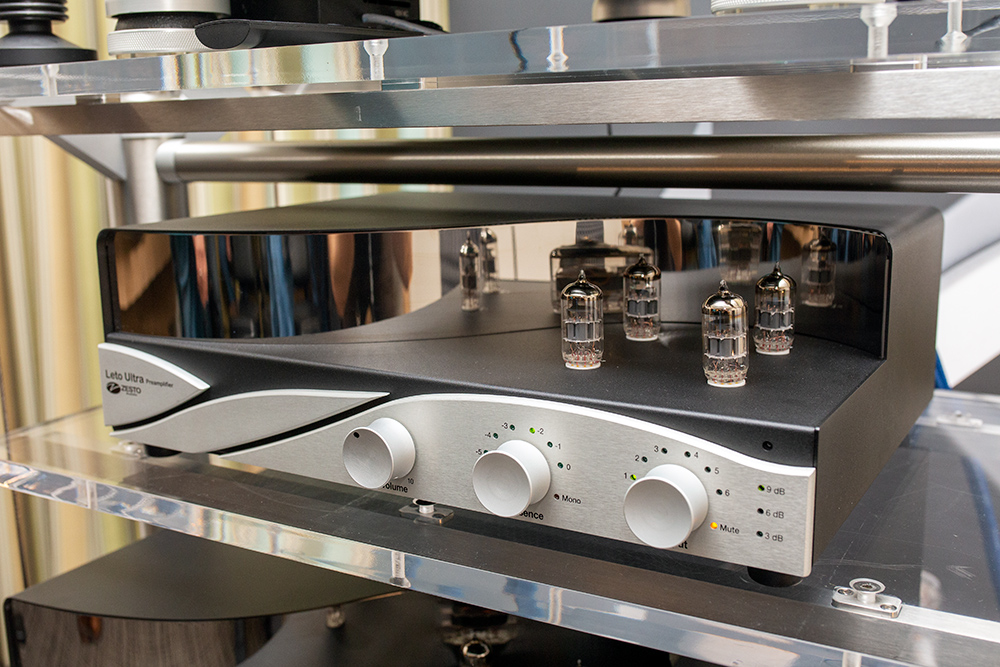 Zesto Audio, which is based in Thousand Oaks, California, showcased its new Leto Ultra, a preamplifier that’s attractive and feature-rich. Priced at $9950, the Leto Ultra has three sets of single-ended (RCA) and three sets of balanced (XLR) inputs, plus two sets of single-ended and two sets of balanced outputs. It also has two JJ ECC82/12AU7 and two JJ ECC832/12DW7 tubes at its core. “New upgraded circuit topology delivers more musical detail with a tighter bass,” Zesto states in its literature. “It has a robust input design to handle higher output sources. Dynamic range is expanded by new circuitry that produces a higher output before distortion. Still 100% Analog tube circuitry throughout the signal path.” 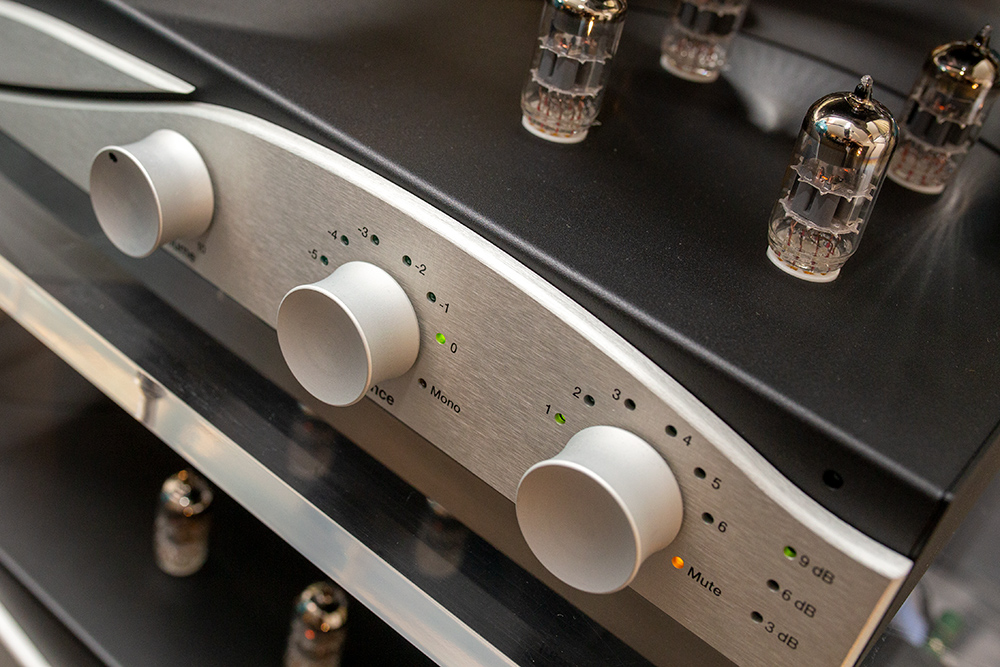 Novel features of the Leto Ultra are gain settings that can be assigned separately to each input: 3dB, 6dB, or 9dB. This feature is handy if the user has components with differing output levels -- it can help to keep the sound at roughly the same volume level from one input to the next. The other is a Presence control, which “adjusts the harmonic balance in the mid and high frequencies allowing you to dial back what you may consider to be too bright, edgy or aggressive.” There are six settings: 0, which bypasses the control completely; -1, which works from 13kHz; and then -2, -3, -4, and -5, which respectively work from 8kHz, 4kHz, 2kHz, and 1kHz. With a reasonable price tag and these features, the Leto Utra preamplifier is definitely something we’d like to review.