Much of the talk at the 2018 CES centered on wireless speakers. But there wasn’t much discussion of the speakers themselves; it was more around the voice-command systems, such as Amazon Alexa and Google Assistant, that many of the latest models use. Of course, I saw plenty of new wireless speakers using only Bluetooth, but most of the ones getting attention had Wi-Fi as well as some variety of voice-command.

Here are the most interesting wireless speakers I’ve seen so far at CES. All prices in USD. 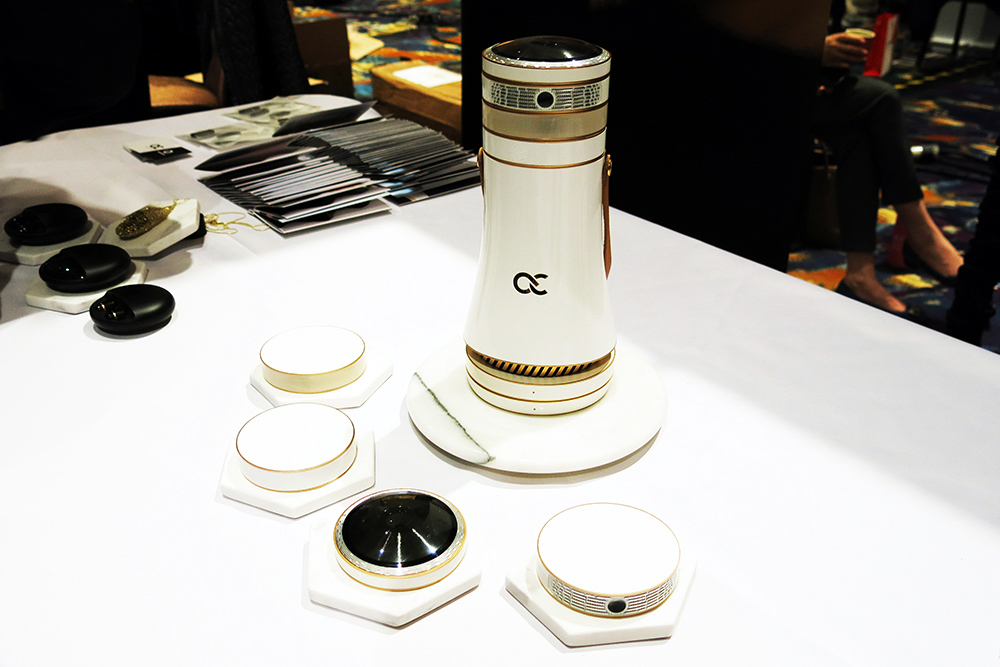 Because Ashley Chloe is (obviously) a fashion-oriented audio brand, I was surprised to see the company showing one of the most technically interesting wireless speakers at CES. The Ensembl is built around a wireless speaker with a down-firing driver, an internal rechargeable battery, and a Qi wireless charging base. In its simplest form, the Ensembl works as a Bluetooth speaker, but you can add functionality by stacking the magnetized, hockey-puck-shaped modules seen next to and on top of the speaker in the photo. The idea is that the speaker doesn’t force you to ally yourself with Google or Apple. Ashley Chloe hopes to offer a single voice-command module that will do your choice of Google Assistant, Amazon Alexa, or Apple Siri, although a rep said the company may have to create different modules for each system. Other planned modules include a 360-degree camera and an intelligent light. The speaker is expected to sell for $199, but the company couldn’t guess at what the modules will cost. 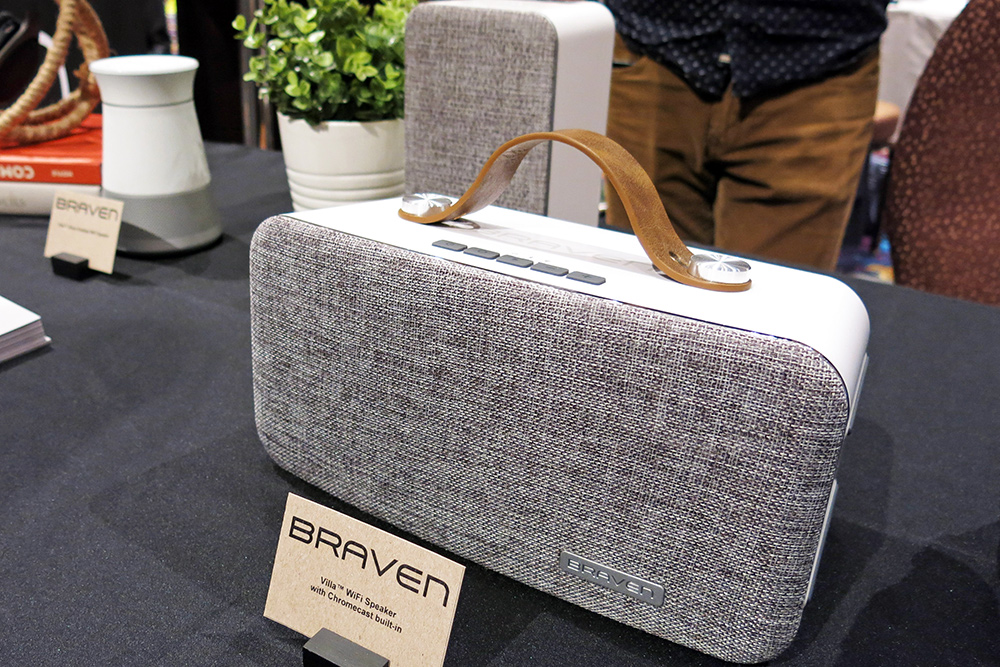 Like many audio companies at CES 2018, Braven is agnostic in its allegiances to third-party technologies; it offers some new models with Google Assistant and some with Amazon Alexa. The one I liked best, though, offered neither -- just Google Chromecast and Bluetooth. The Villa Chromecast ($349) is a lunchbox-sized speaker with amply sized drivers and a leather handle. Connect it straight to any phone or tablet with Bluetooth, or use Chromecast to connect several in a multiroom system. 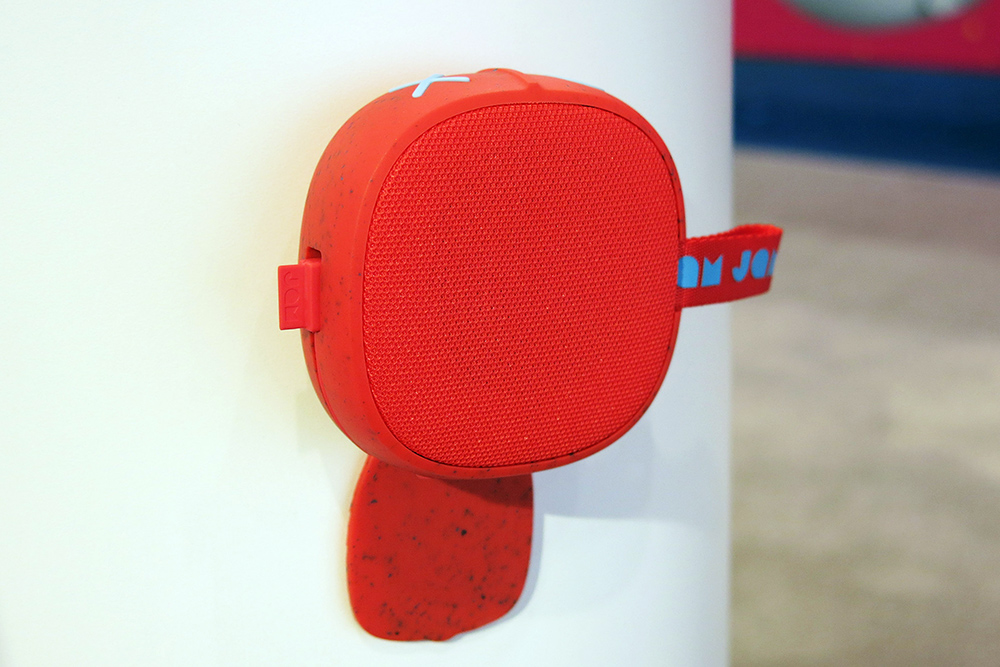 Jam Audio’s previous Bluetooth speakers were pretty generic, but the company’s new line offers cool designs and a pretty amazing set of features for the price. All of them have an integrated charging cable that snaps into the side or bottom, an IP67 waterproof/dustproof rating, and a claimed 100' Bluetooth range -- three times the normal Bluetooth range. While the company offers a broad line, my favorite was the cheapest one: the Hang Around ($19.99), which has a sticky panel on the bottom that lets you affix it to any smooth surface. The plastic piece hanging down at the bottom is the cover for the sticky panel; the tab at left is the end of the charging cable. 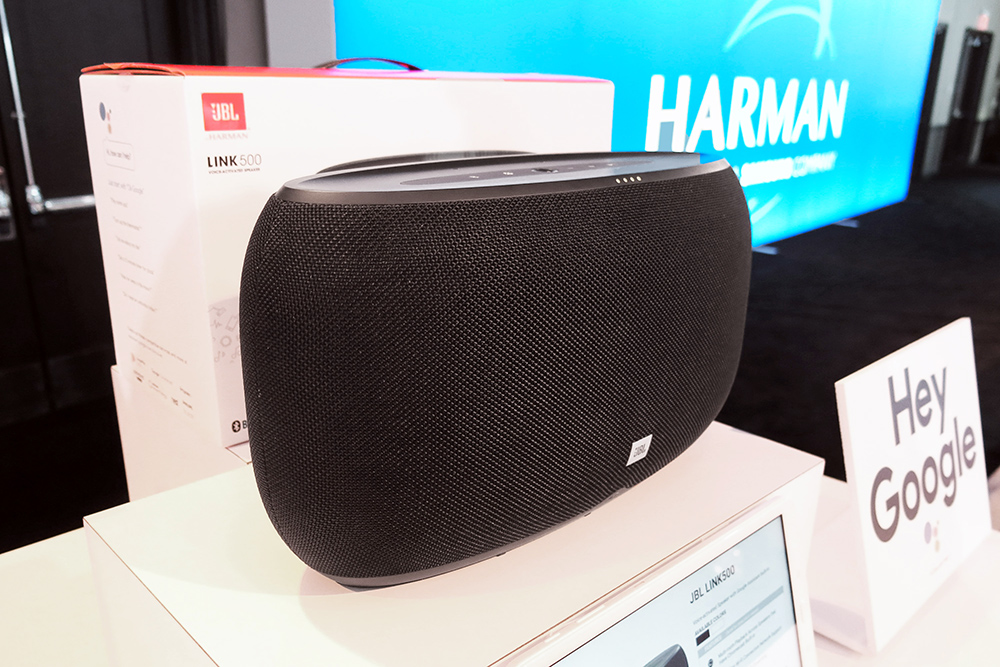 The Link 500 ($499) is a bigger, more powerful member of the Link series that JBL debuted at last year’s CEDIA Expo. With dual 3.5" midrange-woofers and dual 0.8" tweeters, and a 15W amp for each driver, it packs a decent amount of sonic muscle for a wireless speaker. With Google Assistant built in, the Link 500 offers the same voice-command functionality as a Google Home smart speaker, and built-in Chromecast allows it to be combined in a multiroom system with other Chromecast speakers. And it’s got good ol’ Bluetooth, too. 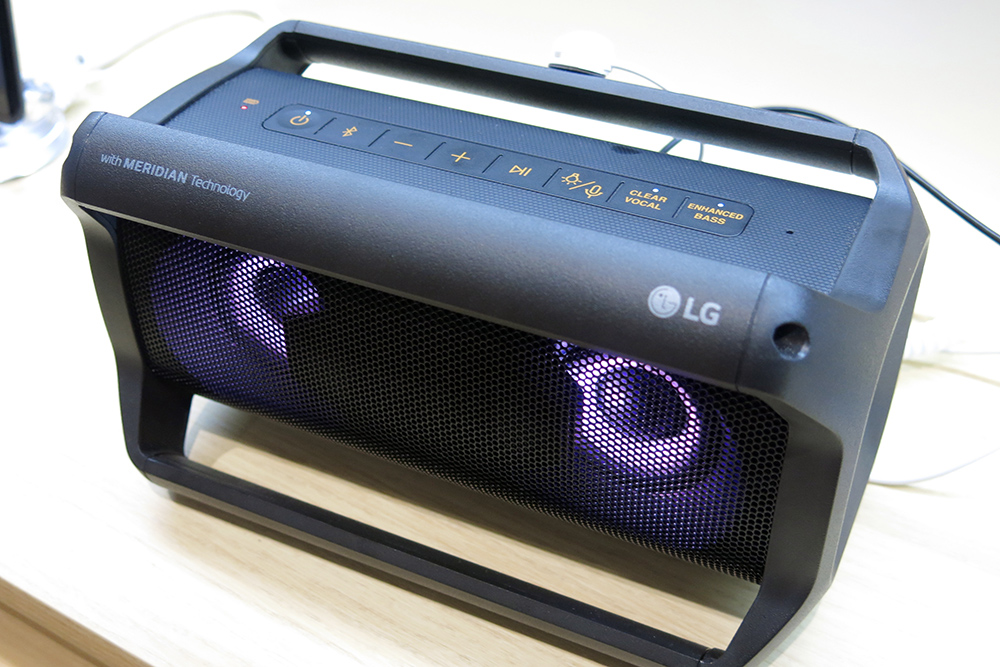 Seeing Bluetooth speakers at CES with drivers illuminated by multicolor LEDs came as no surprise; Sony and others offer lots of them. But seeing one with the Meridian brand name came as a huge surprise. The speakers are made by LG in consultation with Meridian Audio -- yep, the same Meridian Audio that makes the state-of-the-art, five-figure active speakers and DACs. The PK7 shown here is the largest of the line, with two 2"-by-3" drivers, two passive radiators, 40W of total power, and an IPX5 (i.e., “splashproof”) water-resistance rating. There are also two smaller models, the PK5 and PK3. I can’t say they sounded anything like a big Meridian system, but the PK7 did seem to play pretty loud and sound pretty good. And yeah, you can turn the LED lighting off. Prices aren’t set yet, but it looks like these will be the first Meridian-branded (or at least co-branded) speakers a person of average income could afford. 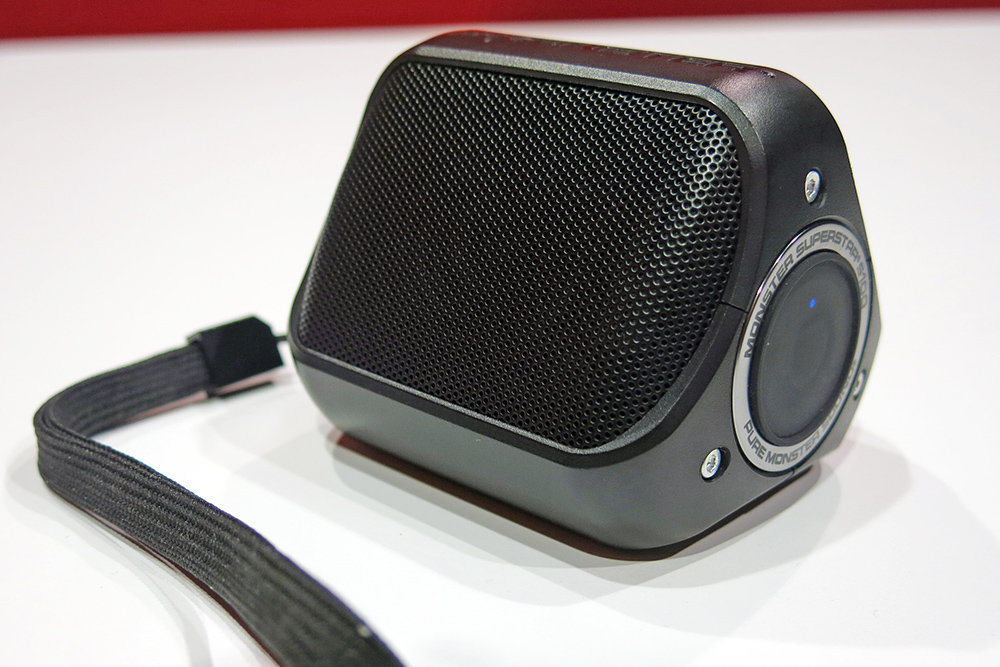 Monster made a bit of a splash (literally and figuratively) by offering its MonsterTalk voice-command capability in practically every new product it debuted at CES -- even including the little SuperStar S100 ($59) Bluetooth speaker shown here. The products can interact with the Google Assistant and Apple Siri voice-command functionality of the phones they’re paired with, but they can also work in a much more “local” fashion that focuses on music playback. “They won’t order you a pizza or turn on the lights,” Monster’s head of product development and business development, James Peterson, said, “but if you’re sitting on the beach, you can tap a button and tell it to play whatever music you want to listen to.” One neat extra feature of the entire new Bluetooth line (which has models costing up to $199) is that they’re all waterproof and they all float with the drivers pointing up, so you can listen to them in the pool.