Here’s my second installment from the 2022 Southern California CanJam headphone show, which filled a large ballroom and a couple of hallways at the Irvine Marriott in Irvine, California, south of Los Angeles. Our first installment focused on earphones; this one will focus on headphones, and I’ll follow up soon with a second one on headphones. Companies are listed in alphabetical order, and all prices are in USD.

But grant me the indulgence of starting off with a headphone amp rather than a pair of headphones, because Astell&Kern was smart enough to start its company name with “A.” 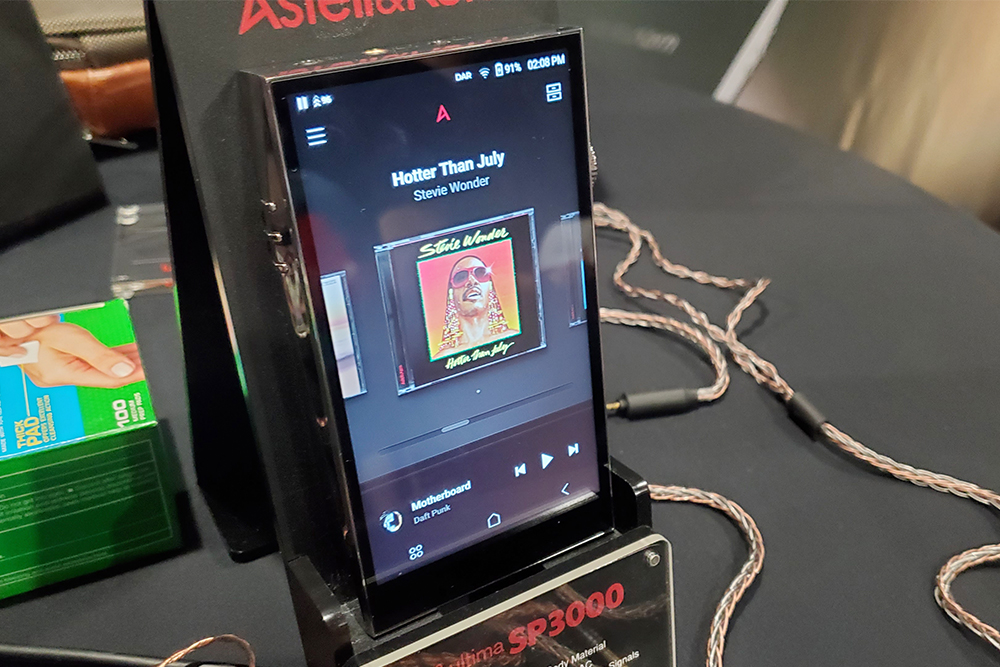 Astell&Kern obviously conceived the A&ultima SP3000 ($3699) as the most elite personal music player ever created. It’s a complete redesign of the company’s previous flagship. I’ll confess, though, that I don’t quite understand some of the details. It’s said to have completely separate digital signal processing, digital-to-analog conversion, and analog amplification sections, but I wasn’t able to get an answer as to what the brand is doing with the DSP (volume control and EQ, I imagine), and how the sections are separated. What I did understand is that the player has completely separate amplification sections for the balanced output and the unbalanced output; most amps just unbalance the balanced amp for unbalanced output. According to the company, the SP3000 is the first product to use AKM’s new flagship DAC chip, the 4499EX. 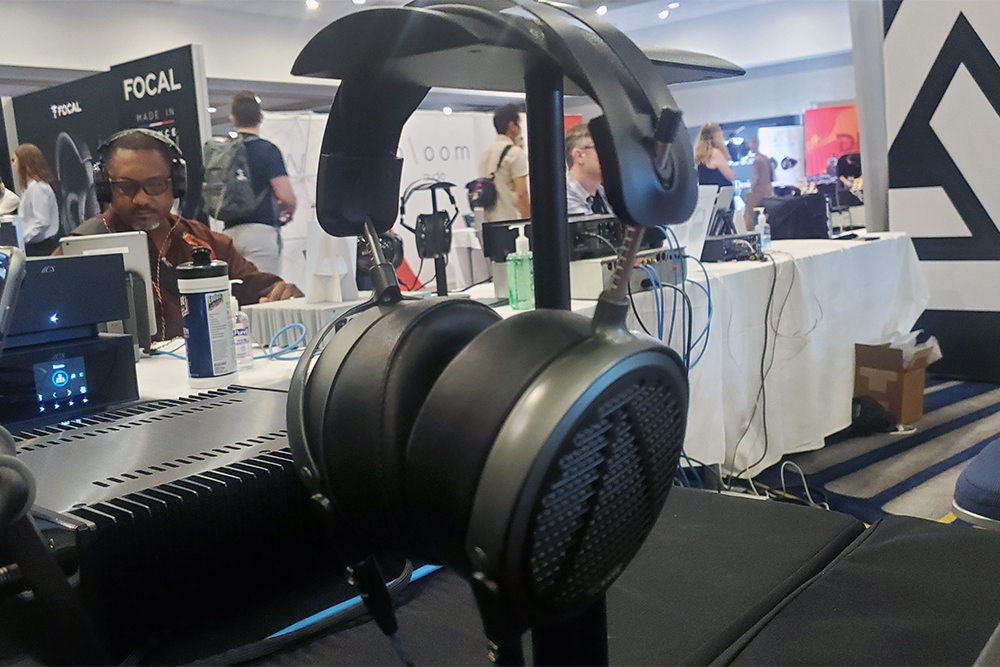 Longtime readers of SoundStage! Solo may recall that I’m not impressed by endorsements from famous musicians and recording engineers, so I was a little reluctant to give the Audeze MM-500 headphones ($1699) a listen—they were voiced by Manny Marroquin, a revered studio pro with a discography packed with hip-hop, pop, R&B, and rock hits. But these were easily among the best headphones I heard at CanJam SoCal. To my ears, they had a mostly neutral balance with a little extra dollop of bass, but the bass was extremely well-defined; the double bass on Patricia Barber’s recording of “Trouble Is a Man” from Clique sounded wonderfully clear and natural. The MM-500s also delivered a wonderful sense of space. 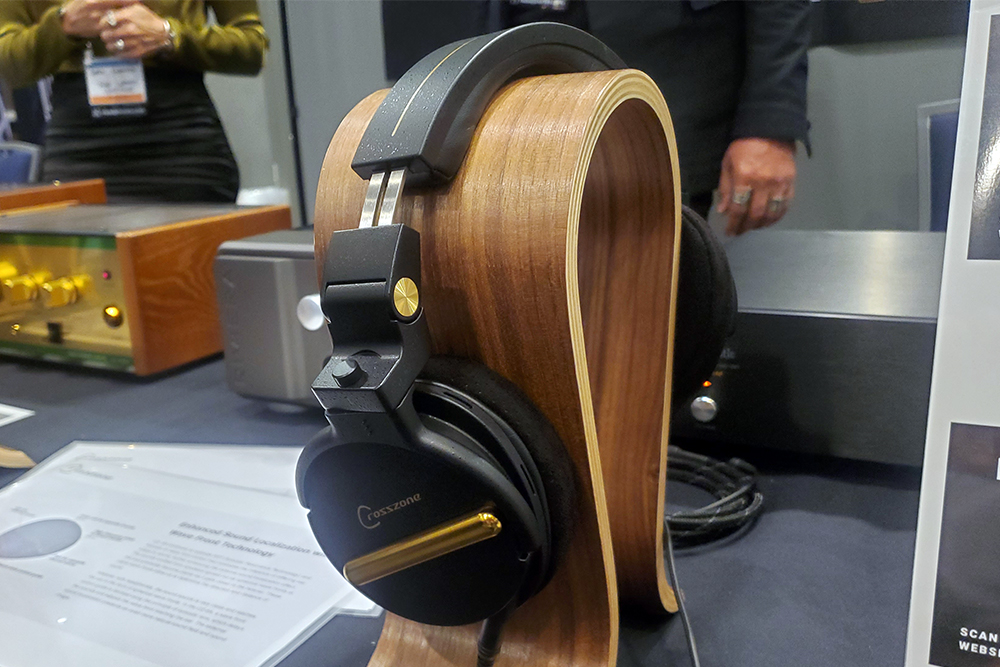 Crosszone specializes in headphones designed to give a spatial presentation more like conventional speakers in a room rather than tiny speakers strapped to your ears. The CZ-10 headphones ($995) shown here feature in each earcup a small 23mm driver positioned in front of the ear, firing back. In the next photo you can see . . . 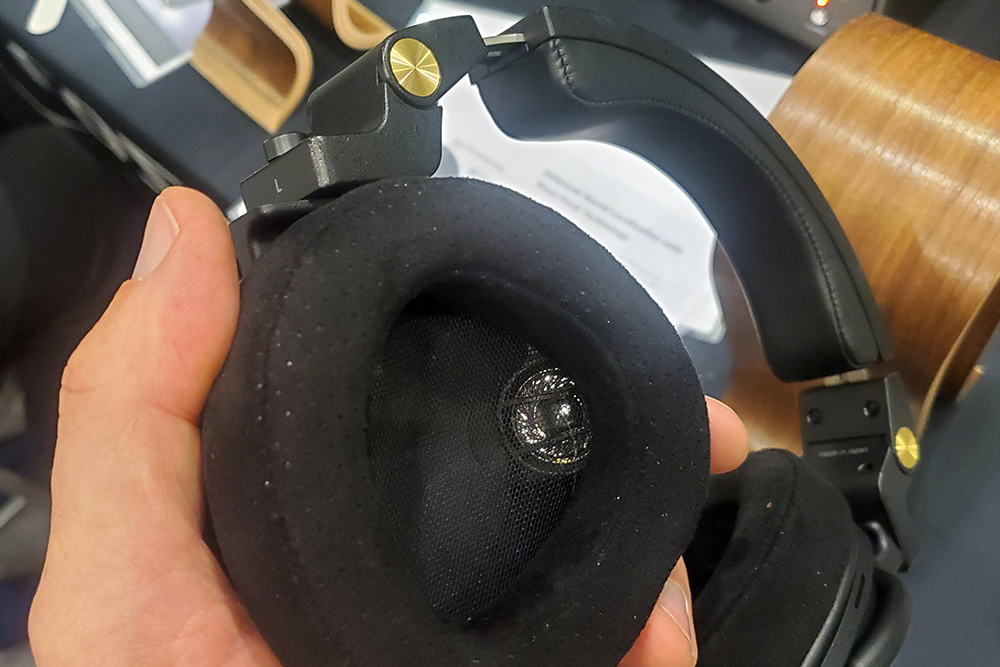 . . . how the driver fires back into the ear, at an angle, rather than straight in from the side. Behind the baffle are two 30mm drivers; one handles the bass, while the other brings in sound from the other channel. Acoustic ducts inside each earcup optimize the timing and phase to create a more wraparound effect. 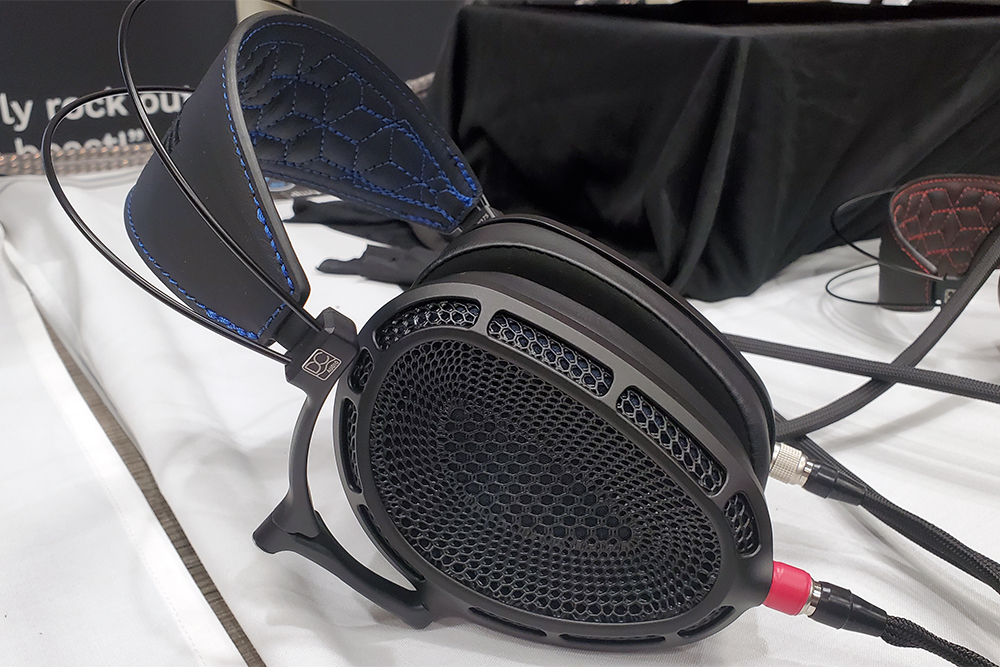 The Dan Clark Audio Expanse open-back headphones ($3999) are a new statement design with an angled planar-magnetic driver mounted behind the company’s Acoustic Metamaterial Tuning System (AMTS) baffle, which works as a waveguide to precisely tune the driver’s frequency response. Unlike many high-end headphone designers, Clark has embraced the Harman curve—with a couple of exceptions. Clark gave the Expanse a couple of dB more response between 125 and 250Hz, because he thinks the Harman curve sounds a little thin in that area. He also attenuated the treble a bit between 5 and 10kHz, because he says his tuning system allows him to precisely match the Harman curve, while most other headphones can merely approach it with a couple of peaks in that area rather than a flattish response—and thus his models that use AMTS would sound a little bright if he made them dead-on Harman curve. 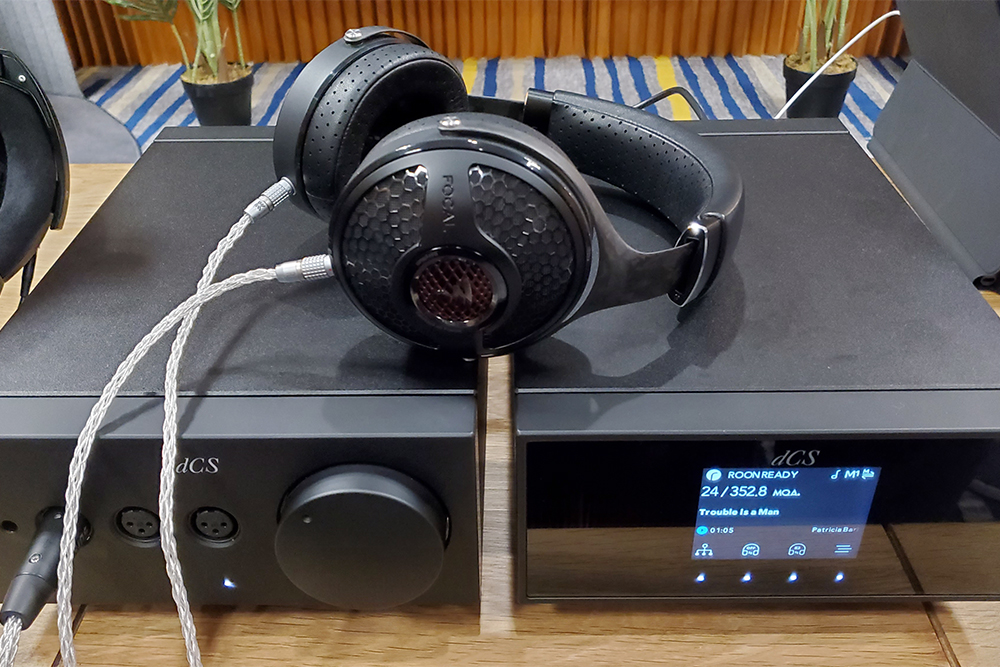 Focal’s Utopia headphones have long been revered as among the world’s best, and now the company has updated the design. Focal’s Mégane Montabonel told me that the 2022 edition—shown on top of dCS’s Lina headphone amplifier ($9100) and Lina network DAC ($12,750)—incorporates a lot of small tweaks. The voice coil used is now made from a combination of aluminum and copper, which Montabonel said is “more robust and reliable” than the original aluminum coil. The grille in front of the driver now follows the shape of the driver, so the distance between them is reduced, which reduces the acoustical effects of the grille. A new honeycomb grille in the back is more open, to reduce acoustical impedance, and the yoke is now made from forged carbon instead of carbon fiber, which increases strength and also creates subtle patterns that are unique to each sample. 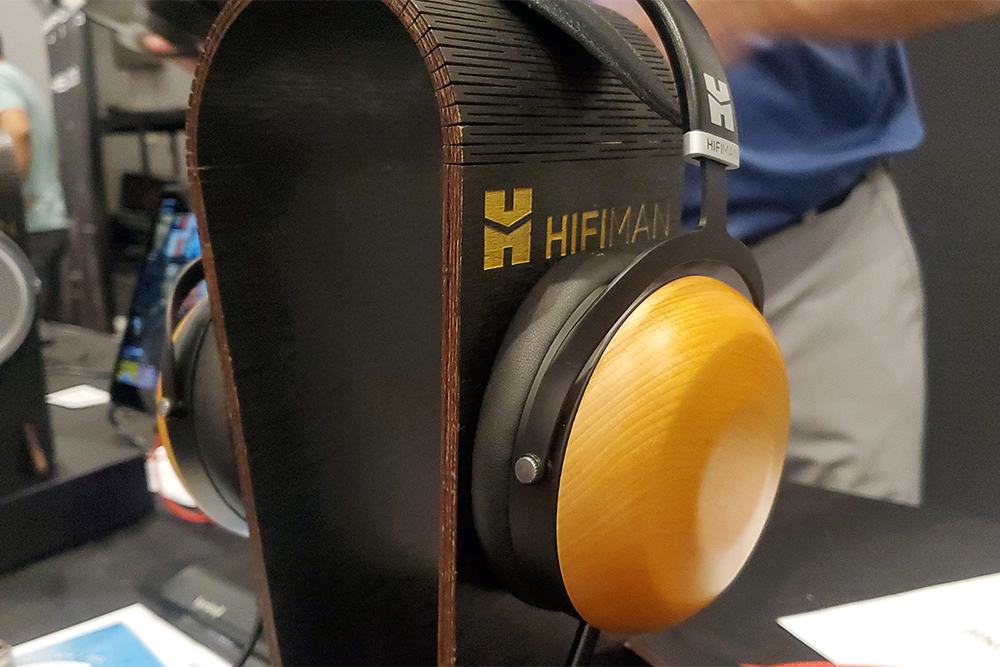 The HiFiMan Sundara Closed-Back headphones ($499) add a beautiful beechwood sealed enclosure to the company’s popular mid-priced, open-back planar-magnetic design. In my very brief listen, they sounded quite good, and surprisingly close to the company’s much higher-end HE-R10P headphones ($5499). I should have a sample in for review very soon.