The annual Southern California CanJam show took place September 17 and 18 at the Irvine Marriott in Irvine, California, south of Los Angeles. The show seemed to be fully in post-pandemic mode. The large ballroom at the Marriott that held most of the displays was packed, and some of the companies—Audeze, Focal, and ZMF, to name a few—were so swamped with visitors that it was difficult to get a listen.

I never did hear ZMF—the room was always packed, and there was usually a line to get in. But I did get a chance to catch up with some favorite brands and discover a few that were new to me. Here’s my first installment of new stuff from the show, focusing on earphones, with companies listed in alphabetical order and all prices in USD. I’ll follow up with a couple of installments on new headphones. 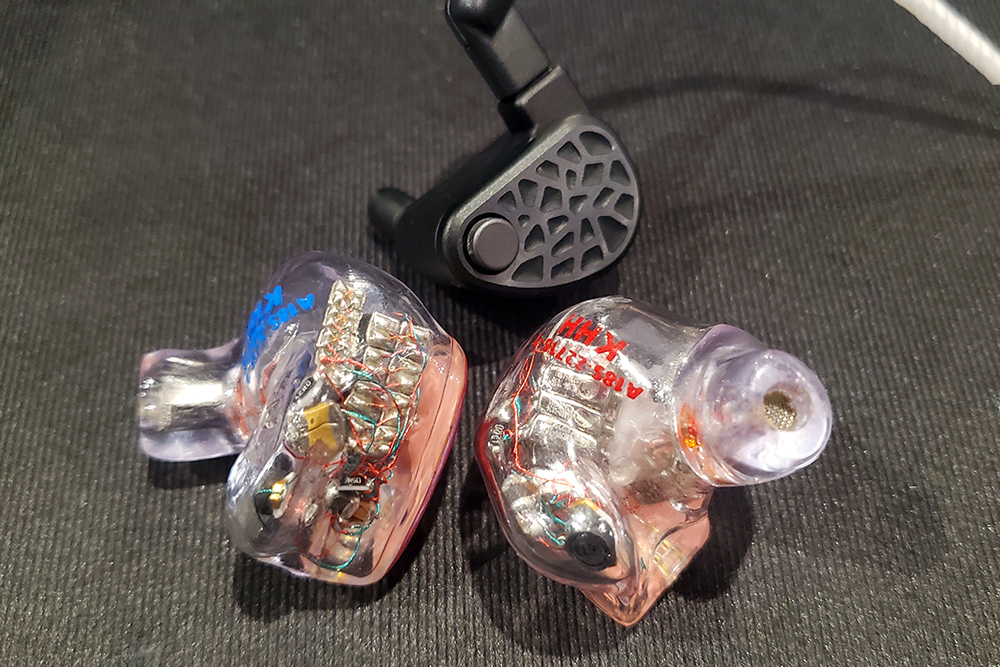 The new U18 earphones ($2999) from 64 Audio pack a staggering 18 balanced-armature drivers into each earpiece. Like many of the company’s other earphones, the U18s employ 64 Audio’s APEX (Air-Pressure Exchange) module, which lets you choose from three different acoustical plugs that change the amount of isolation from outside sounds, as well as the frequency response. With the M15 modules installed, which 64 Audio says reduce outside sounds by 15dB, the U18s gave me some of the flattest, most neutral sound I’ve heard from earphones. In the photo above, you can see the universal-fit version of the U18 earphones at the top, and the custom-molded version at the bottom, which is clear so you can get some idea of how 64 Audio got all those drivers into a set of earphones. 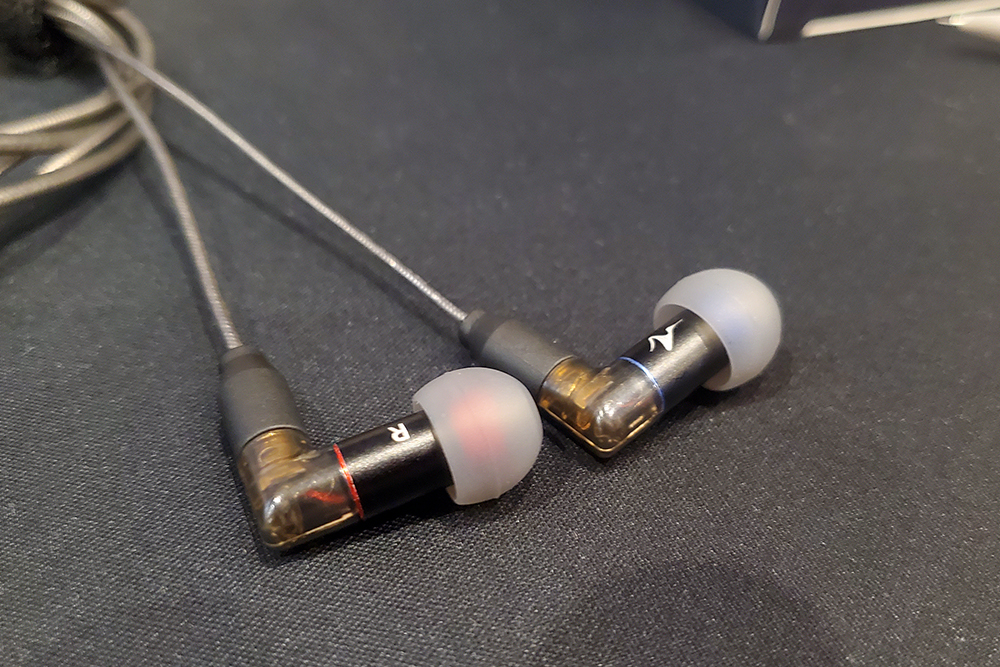 Akoustyx—whose earphones I reviewed about four years ago but haven’t heard from since—appeared at CanJam SoCal with a new and snazzier version of the R-220 earphones I reviewed in 2018. The S6 earphones ($175) are a minimalist, cylindrical design similar to the R-220s, but 0.4mm larger in diameter per earpiece—and that larger space holds a tiny 6.1mm planar-magnetic driver rather than the dual balanced armatures used in the R-220s. 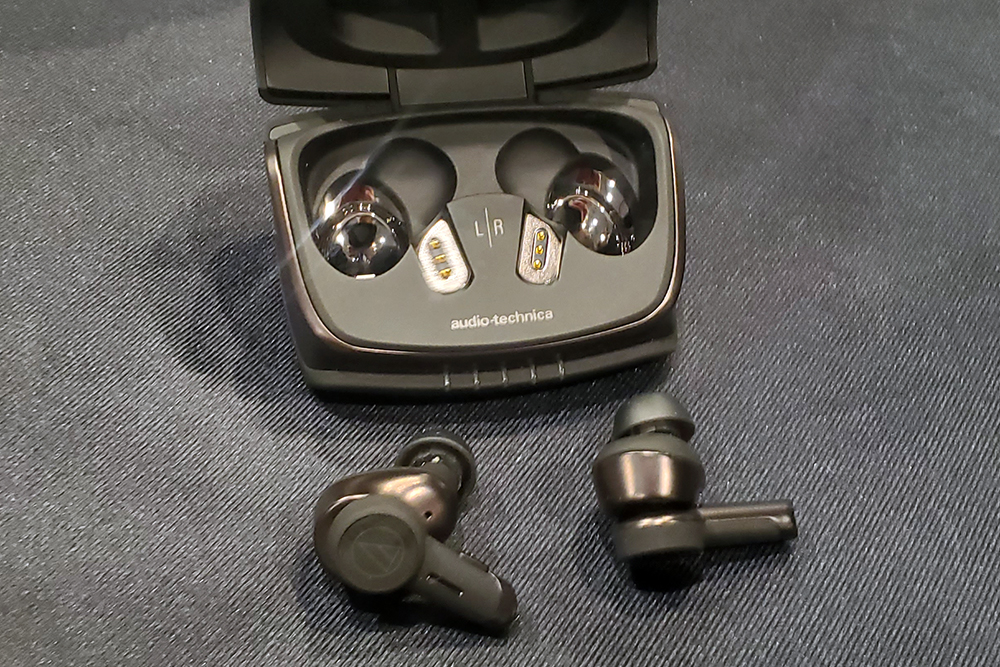 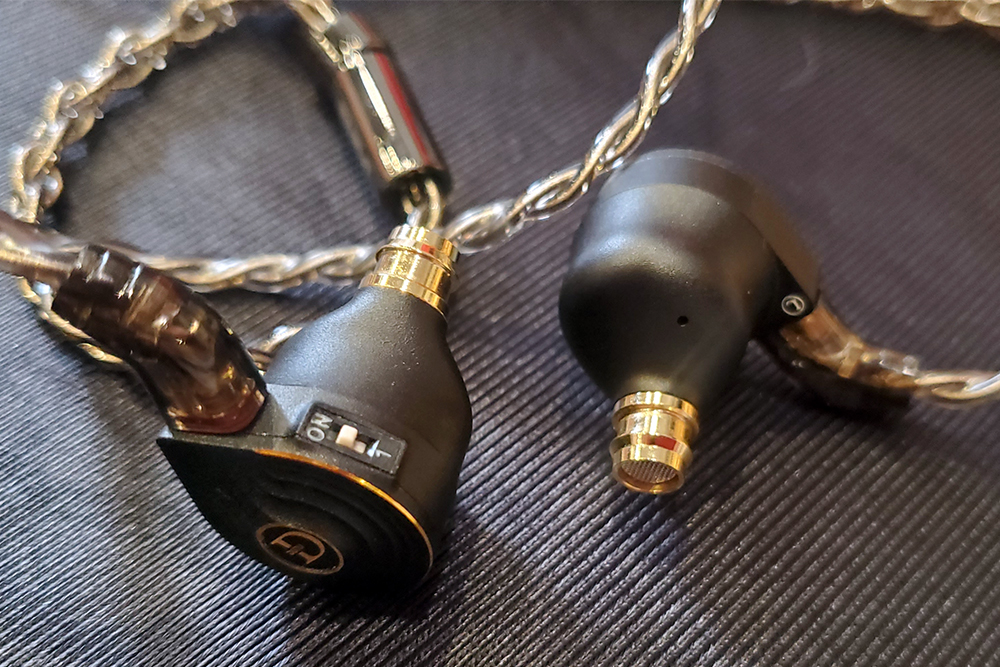 The Dunu Talas earphones ($199) are an unusual—well, now that I think of it, unique—switchable hybrid design. Each earpiece has a planar-magnetic driver plus two balanced armatures, and a little switch on each one turns the armatures on and off. They didn’t have any eartips big enough to seal in my ears, but a colleague of mine who heard them said that switching on the armatures made the sound brighter, but not obnoxiously brighter. So my guess is that the planar driver runs full-range, and the armatures just add a little extra treble. I’m hoping to review them. 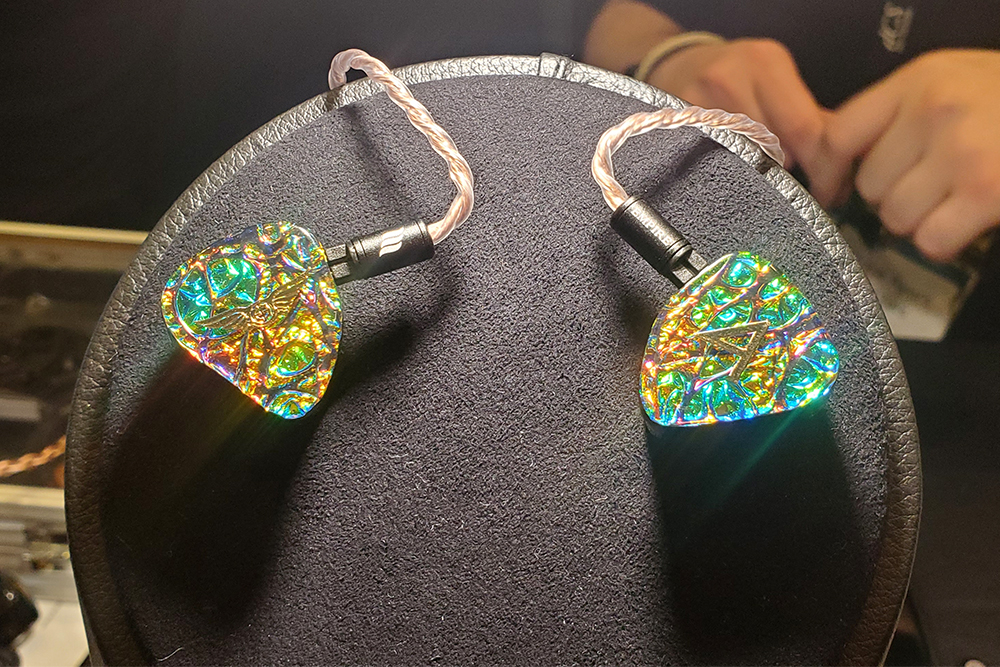 Empire Ears’ new Odyssey earphones ($3500) are a collaboration with Astell&Kern, whose new flagship personal music player we’ll feature in the first of our CanJam headphone articles. Each of those blingy exteriors contains one bone-conduction driver for deep bass, two dynamic drivers for upper bass, five balanced armatures for midrange, and two electrostatic drivers for treble. Initially, at least, production will be limited to 600 sets. 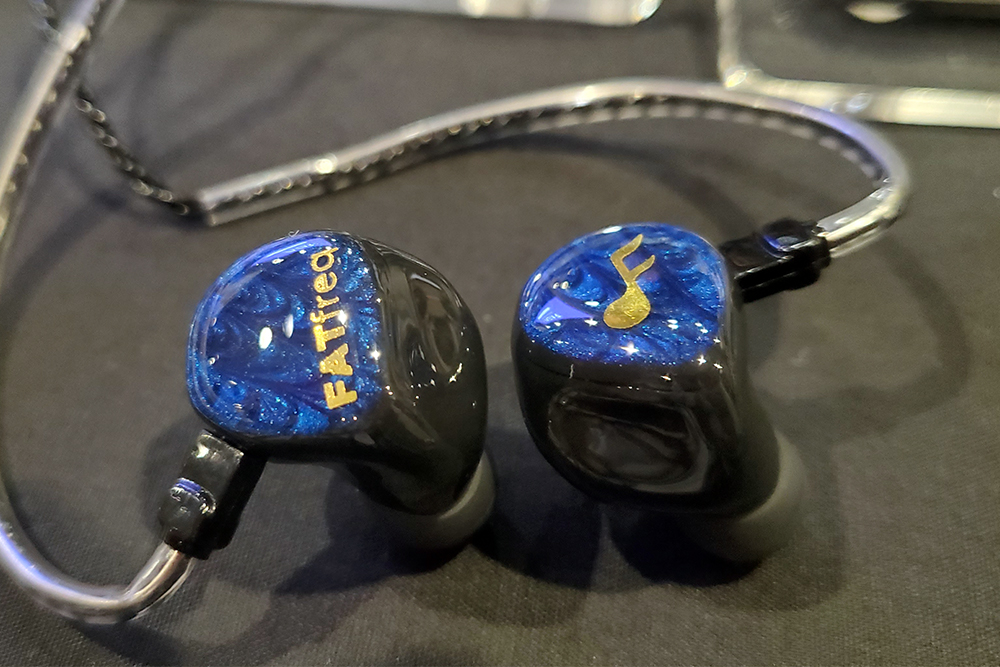 FATfreq is a brand that’s new to me, but apparently it’s been around for quite a while, as it showed an extensive line of earphones. The Maestro Mini V2 earphones ($440) are one of its least-expensive models. I gather the company’s known for powerful bass, and the Mini V2s definitely had a fat bottom end, but the bass sounded tight, and overall the sound seemed well-balanced. Each earpiece holds a single dynamic driver and two balanced armatures. They’re available in custom and universal-fit versions, and . . . 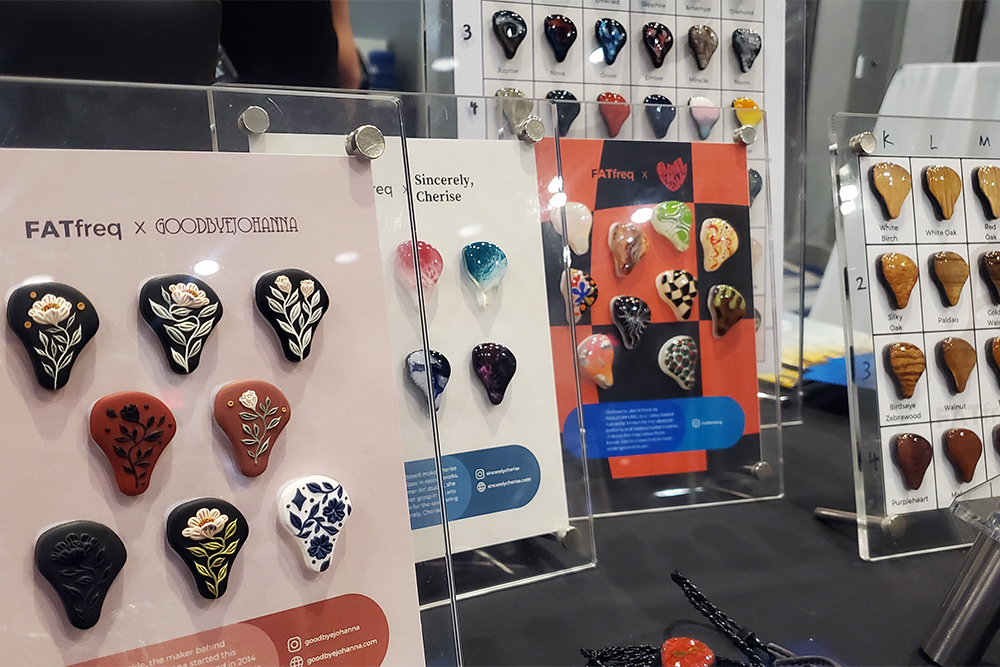 . . . the company also offers a huge variety of optional styles for the side pieces of its earphones, many developed in conjunction with artists. 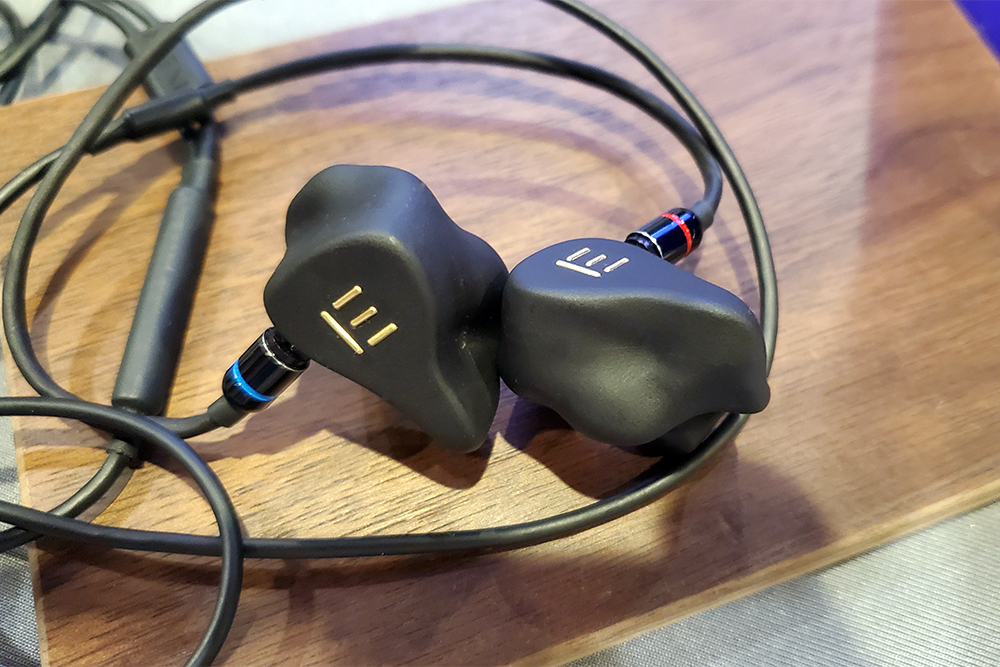 InEar is a German company specializing in earphones; I’d never encountered them before this show. The ProPhile PP8 Custom earphones ($3024) are a custom-molded design featuring eight balanced armatures per earpiece in a four-way configuration. The company’s logo is nicely inlaid in 24-karat gold; a plain-black version is available for less, but the version with the inlays looks way cooler. All of the company’s earphones are available in custom and universal-fit versions.