There is no such thing as a vinyl revival anymore -- the LP has been revived and, as far as I can tell, is officially back and here to stay. Nowhere was this more apparent than at Audio Video Show (AVS) 2016, where there were plenty of turntables, either being used for system demonstration or showcased because they’re new. These are the five most interesting turntables I found at AVS 2016 -- and they’re all from Polish companies. All the prices are in euros. 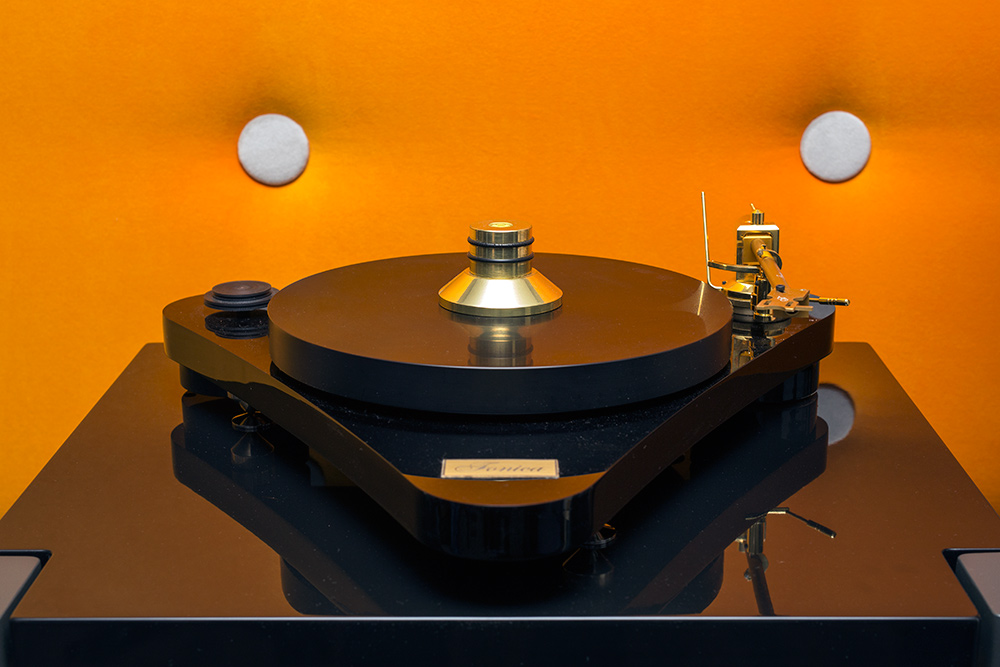 I’d seen the Fonica brand at Munich’s High End show a few times, so I was interested in what the company would debut in its home country. It showed the F640 and the . . . 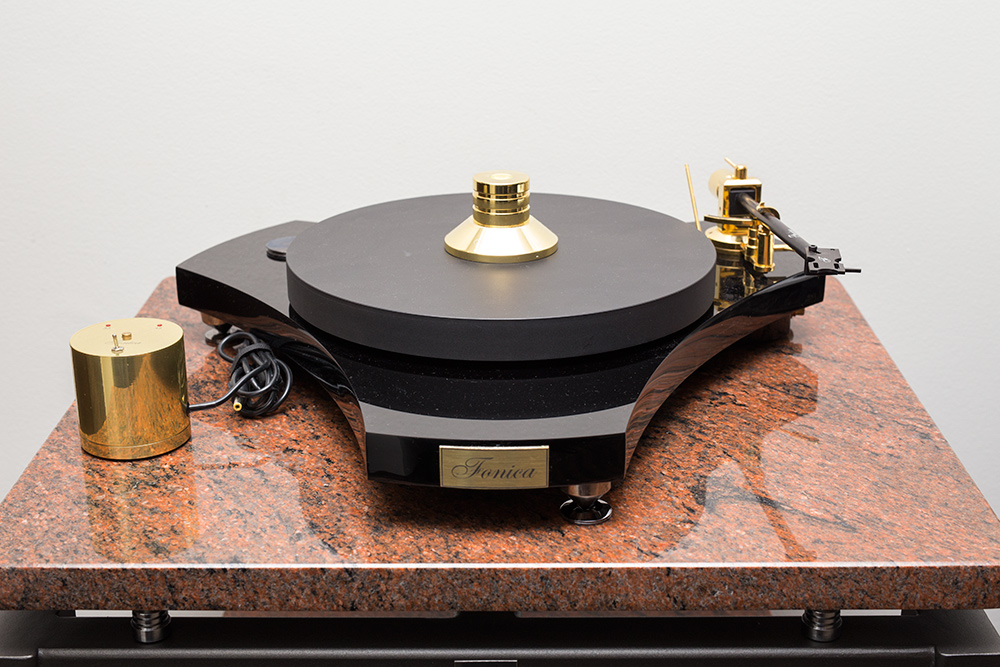 . . . F650, priced at €3590 and €3990, respectively, with tonearms, which the company also makes. When I asked about how the names were derived, I learned that the F stands for Fonica, the 6 for acrylic, and the remaining two numbers are assigned based on where they fall into the line (a higher number means more expensive). 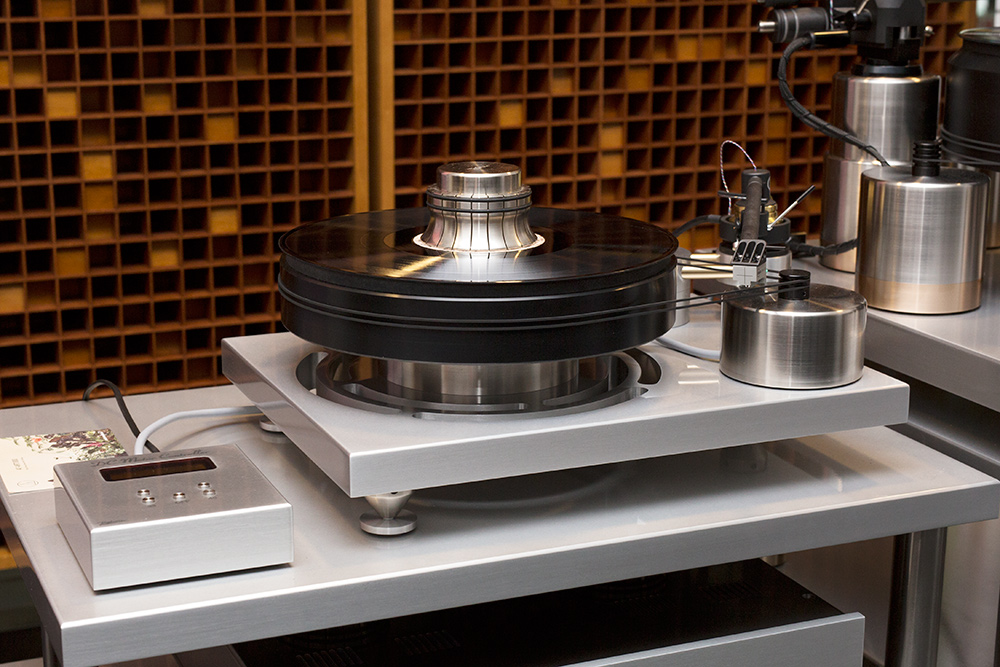 There’s an interesting story about this turntable’s name -- it comes from manufacturer J.Sikora and is being called Starter in Poland, but it’s named Initial for the rest of the world. Obviously, the company doesn’t think Starter will sound as good elsewhere, though I’m not so sure (it has a certain ring to it). Regardless of what you call it, the Starter/Initial is the entry-level model in the J.Sikora line, with the Standard and Reference models above it. It weighs 28kg, and it looked beautifully made when I examined it closely. Its price is €2800, without tonearm and cartridge. 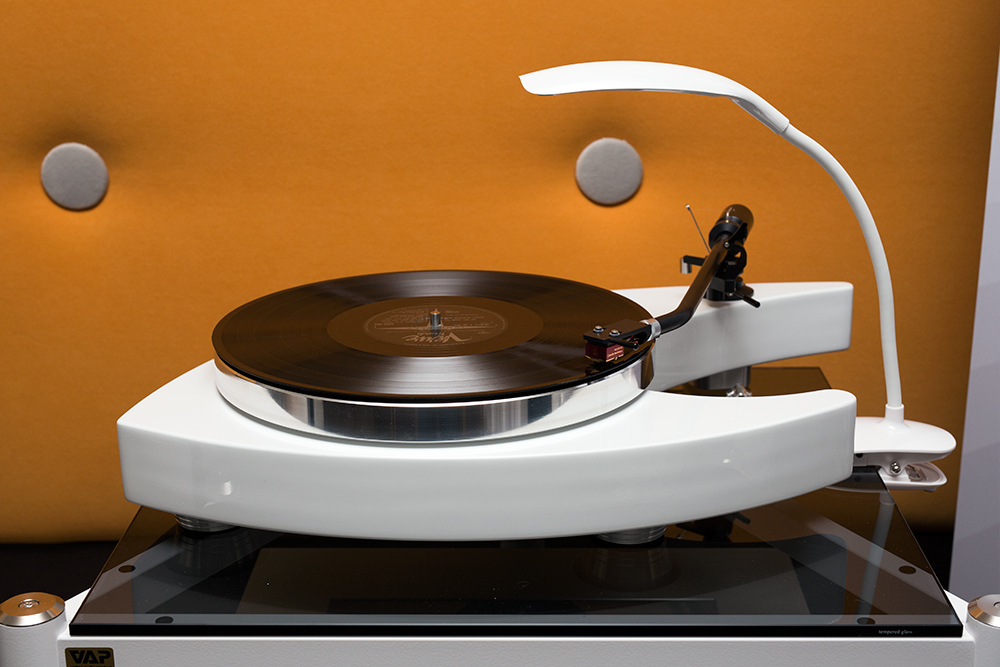 With the brand name Shape of Sound, you know the company behind it probably has products that look a little different. The new Skalar is the third turntable from SoS, and it looked dashing in white. It’s priced at €2000 with a tonearm but with no cartridge. 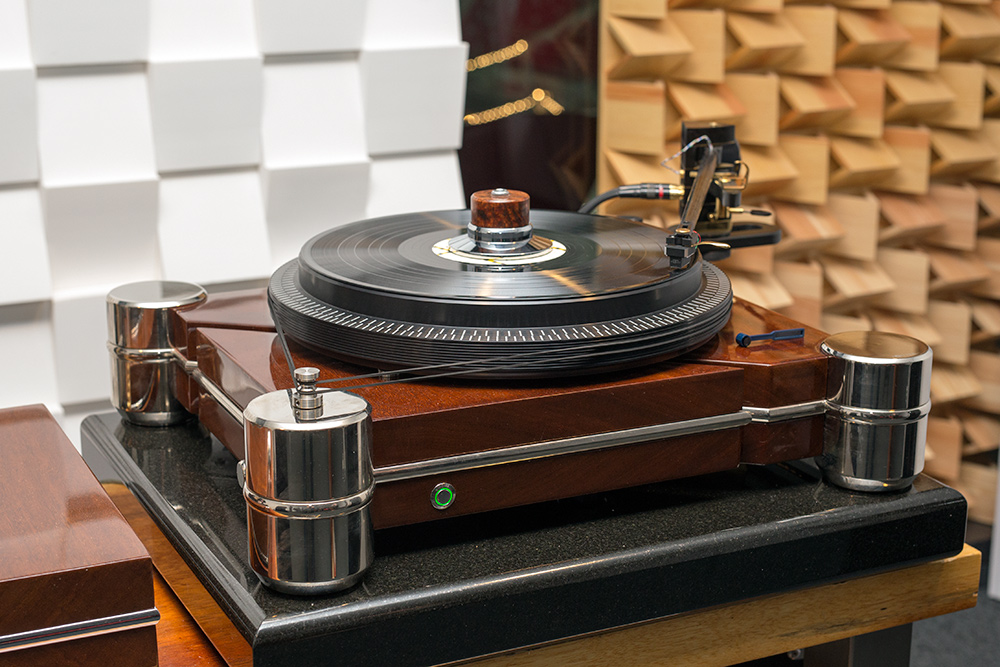 This turntable is called Zontek -- nothing else (consider it both the brand and model) -- and is priced at €15,000. Pawel Zontek designed it; hence the name. I normally wouldn’t have included it in a show report -- it was introduced five years ago, so it’s not exactly new. But when I saw its defining feature -- magnetic flotation for the platter and the tonearm (independent for each) -- I had to include it, because it’s so damn cool. It’s impossible to see how the platter floats because the magnetic mechanism resides inside the chassis, but when I took a close look at . . . 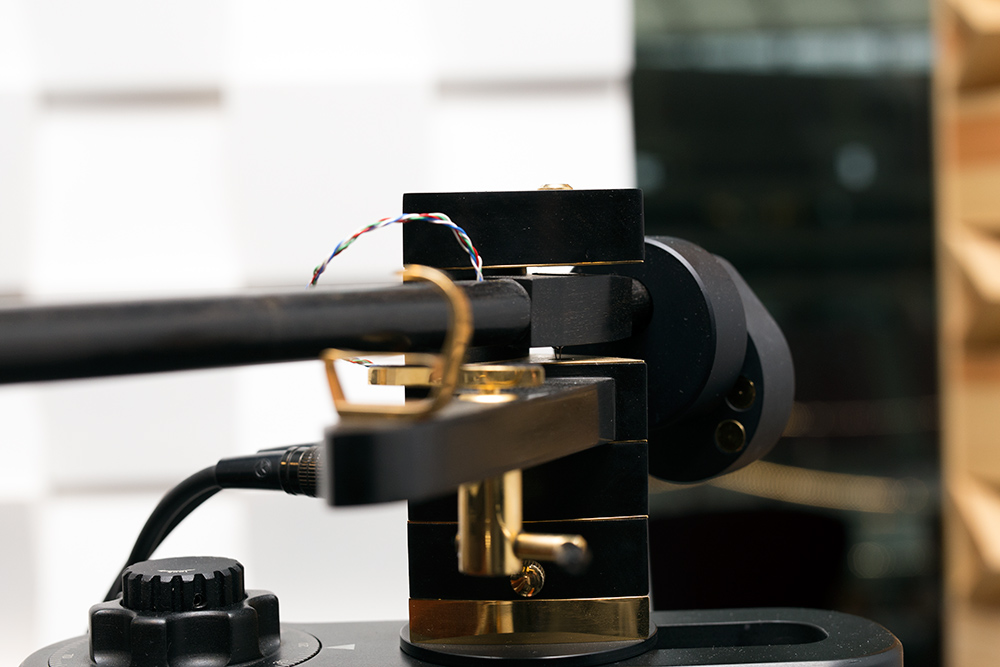 . . . the tonearm, it appeared to be floating in midair. “It’s like magic,” said someone from behind me. Indeed.