In the Radisson Blu Sobieski location, I walked into the room occupied by Silent Pound—a brand name I still don’t understand—and stopped dead in my tracks. Fellow SoundStager Jason Thorpe saw me staring at a speaker ahead of me and asked, “Is it something?”

“It’s either something special or shite,” I replied.

I’ll be honest, I still don’t know which it is, but after quizzing Silent Pound founder Audrius Balciunas about both his brand name and his sole speaker, the Challenger, I’m leaning more toward it being something special. There’s a caveat, mind you: although the speaker has a name and price of €10,000 per pair, it’s still a prototype, with the final product still six months out. 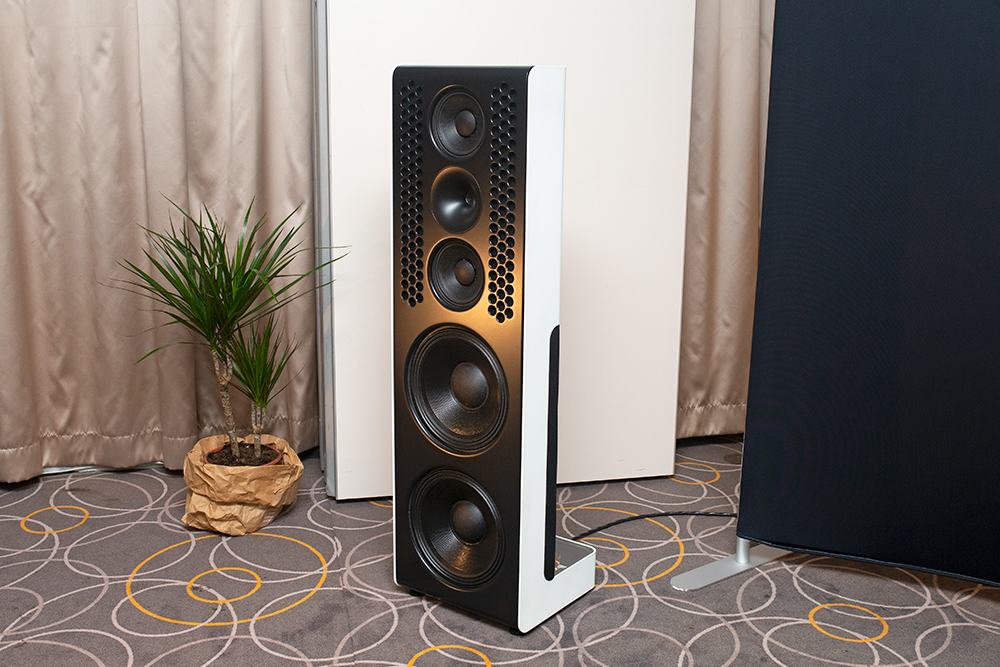 Strangely, Balciunas wouldn’t tell me what the brand name means when I asked him, though he told me the company is based in Lithuania, which is also where the speaker was designed and is made. He was happy to share a few technical details of the speaker, though—but only a few.

The Challenger has two 6″ midranges vertically flanking a 1″ compression tweeter. I asked Balciunas if there are vertical lobing errors—weird cancellations and the like—which I typically see in such a driver configuration. He told me that the three drivers act like a single, large coaxial-type driver and wind up being well-behaved acoustically above and below those midrange drivers—but he wouldn’t say much more about how that’s achieved. He also wouldn’t tell me about the midranges’ internal cabinet enclosure, except that there’s a patent pending on what goes on in there. But he did tell me that all the holes on the front baffle are to let the midrange drivers’ back-wave energy out, with resultant cancellations that make the midband dispersion into a cardioid pattern, which typically reduces side-wall reflections. The waveguide around the tweeter also controls the high-frequency dispersion, so I suspect it and the midranges blend quite well. 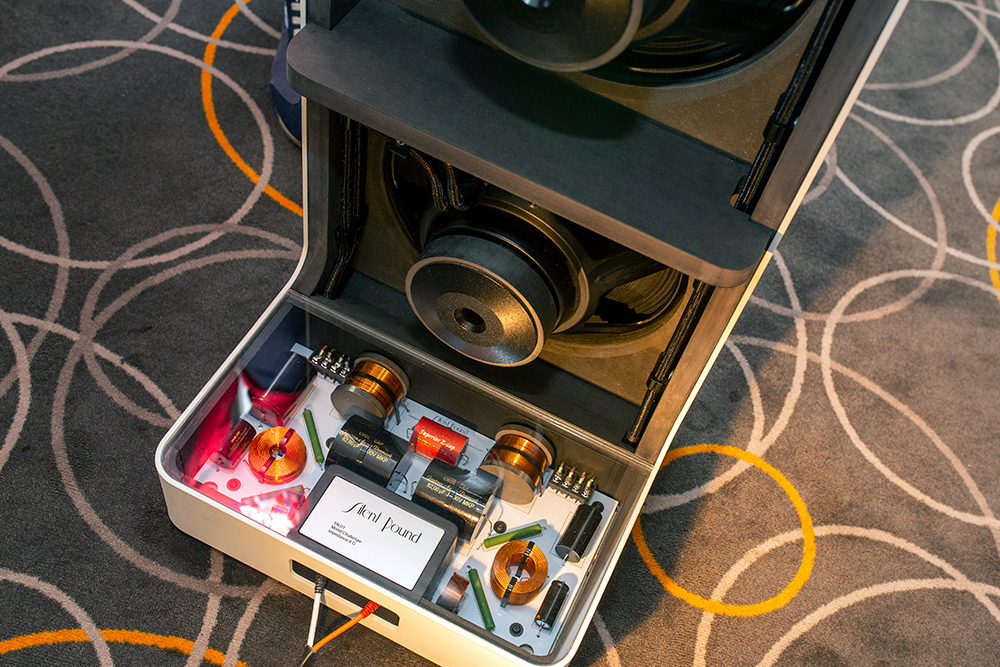 Below the midranges and tweeter are two 12″ woofers with no enclosure behind them, so bass energy radiates to the front and rear of the speaker, but out of phase, so there’s bound to be a cancellation to the sides of the speaker, like you see with a typical panel-type speaker. Around back, below the woofers, the crossover can be seen jutting out. Except for that crossover section, the cabinet is quite shallow—about 5″ deep—as well as attractive overall.

Beauty isn’t the Challenger’s thing, though. The goal overall with this speaker is to have highly controlled dispersion of the sound into the room, which is exactly why Balciunas, who appeared at one point to be getting tired of all my questions, asked me to sit down and listen, which I did.

While listening, I was up front, quite close to the speakers, dead center. The sound with all-instrumental music was remarkably spacious. I moved my head up, down, left, and right and found no oddball tonal shifts or drastic changes to the soundstage. But I couldn’t detect much center fill, so I asked him to play music with a strongly placed vocal in the center, which he provided. Here I got good center-fill and the same kind of space around it. 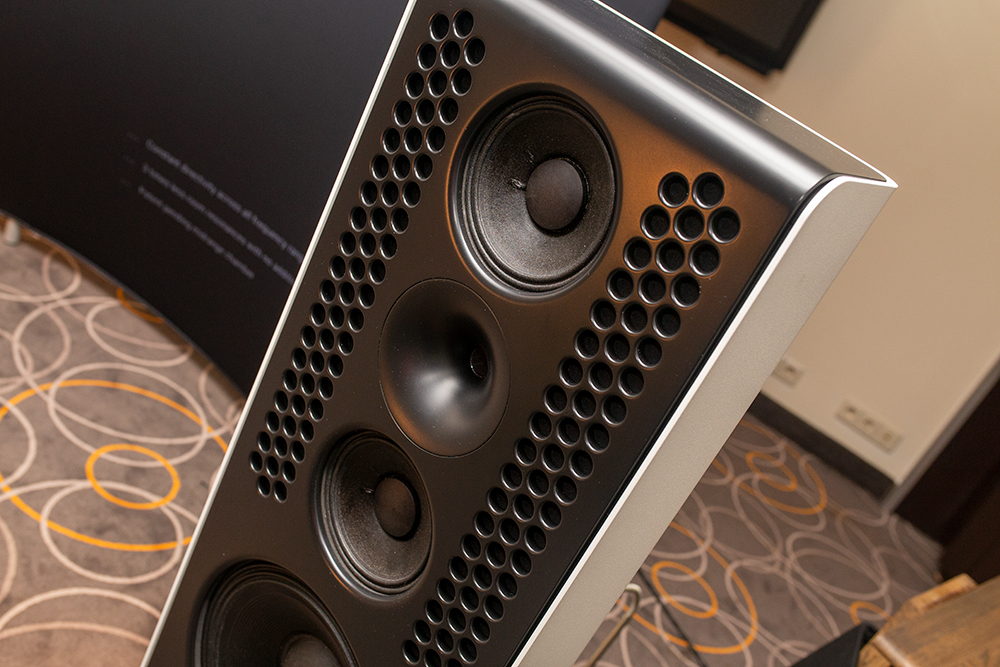 At that point, I left the room impressed with what I heard musically and from Balciunas, bent on writing this article because I had the burning feeling that I needed to point out this speaker to the world so others would know about it, too. Mind you, it also crossed my mind that this speaker could wind up a blip on the radar that disappears completely and becomes nothing at all—which is what happens with many new companies and their products, interesting or not. But what I am quite sure of after researching even more about the Challenger online is that it’s not shite—or close to that. In fact, it was my favorite product of Audio Video Show 2022.