With a focus squarely on headphone amplifiers and linear power supplies, Ferrum Audio is one of those companies that’s flown under my radar up to this point. The headquarters of Ferrum Audio is here in Warsaw, though, and the offer of a tour of its facilities on Thursday, one day before Audio Video Show 2022 started, had me Googling the brand right quick.

Snooping around the company’s website, I quickly realized that, having won an EISA award in 2021 for its Hypsos power supply and then another in 2022 for the OOR headphone amplifier, Ferrum Audio is a heavy hitter in the headphone realm. 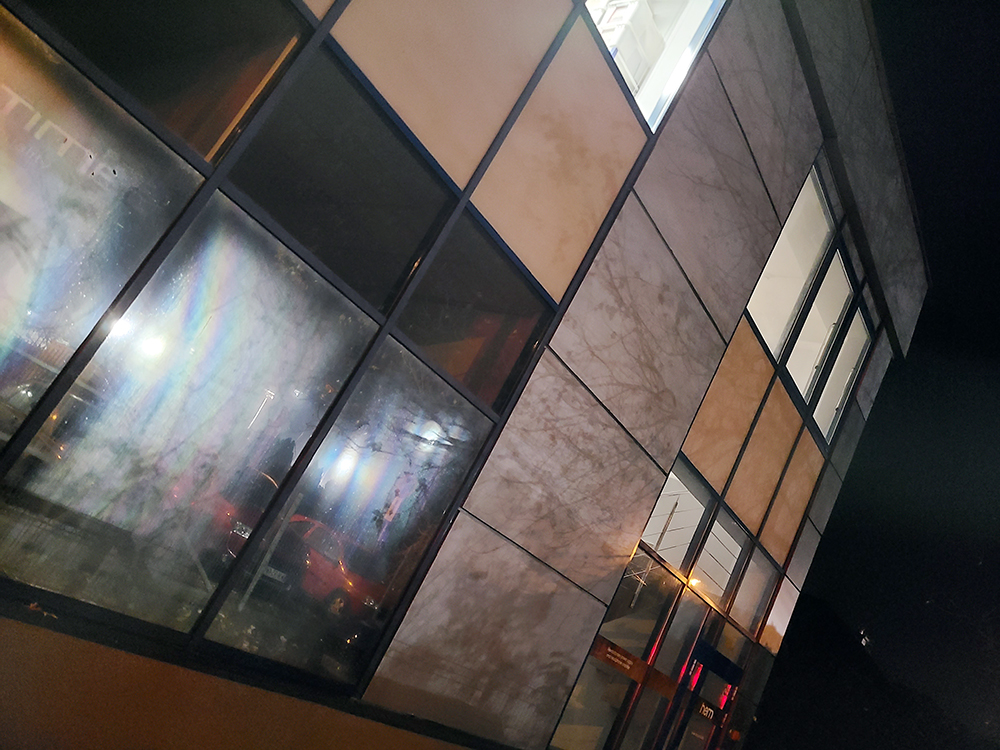 Ferrum Audio itself is a subsidiary of Hem, a company specializing in the design and manufacture of hardware and software solutions. As such, Hem is uniquely positioned to support Ferrum Audio’s mission to build complete audio components. It seems that Hem’s chops quickly matured over the period from 2000 through 2020, when the company designed and manufactured complete components for Mytek Audio.

And then came 2020, when Ferrum Audio released its first product, the Hypsos power supply, designed to provide ultra-stable, feedback-regulated current to any number of line-level components. The Hypsos was followed by the OOR headphone amp, and Ferrum Audio was on the map. Now I know. 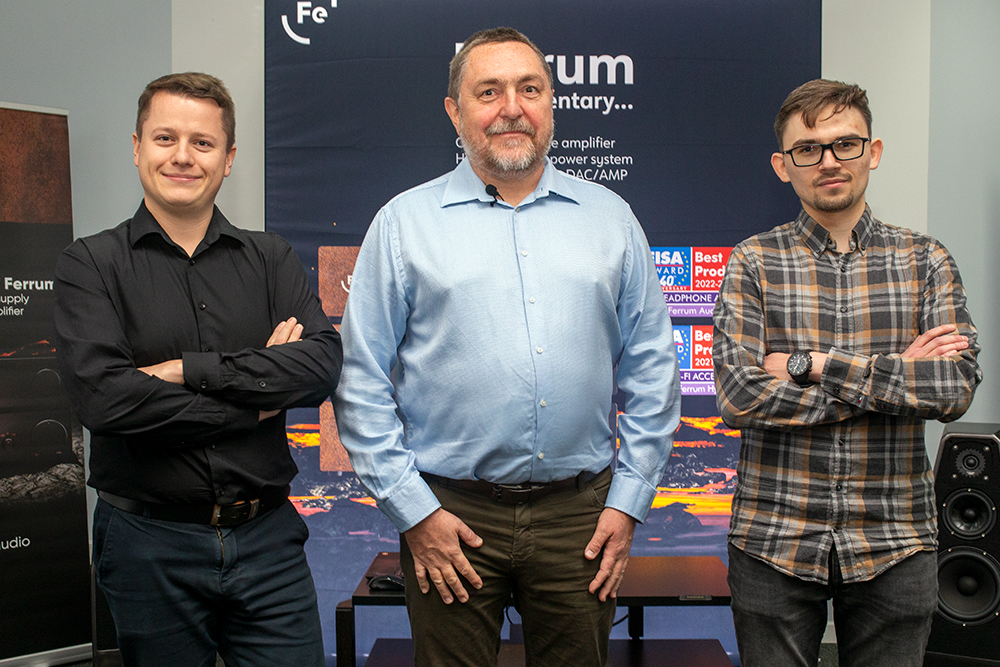 It’s a short bus ride from the Radisson Blu Sobieski hotel to the headquarters of Hem and Ferrum Audio. We were met at this tidy 4300-square-foot building, which contains the company’s R&D and assembly divisions, by Marcin Hamerla, the company’s CEO. Flanking Hamerla were two of his engineers, Paweł Gorgoń and Maksymilian Matuszak, who guided us through the facility and answered our questions.

As you might expect, the relationship between Mytek and Hem stirred up some interest among the assembled multinational journalists, but Hamerla explained that it was a complicated relationship, and he stated that Hem performed nearly all of the R&D and manufacturing for Mytek, but the partnership had ended when Ferrum Audio was formed. 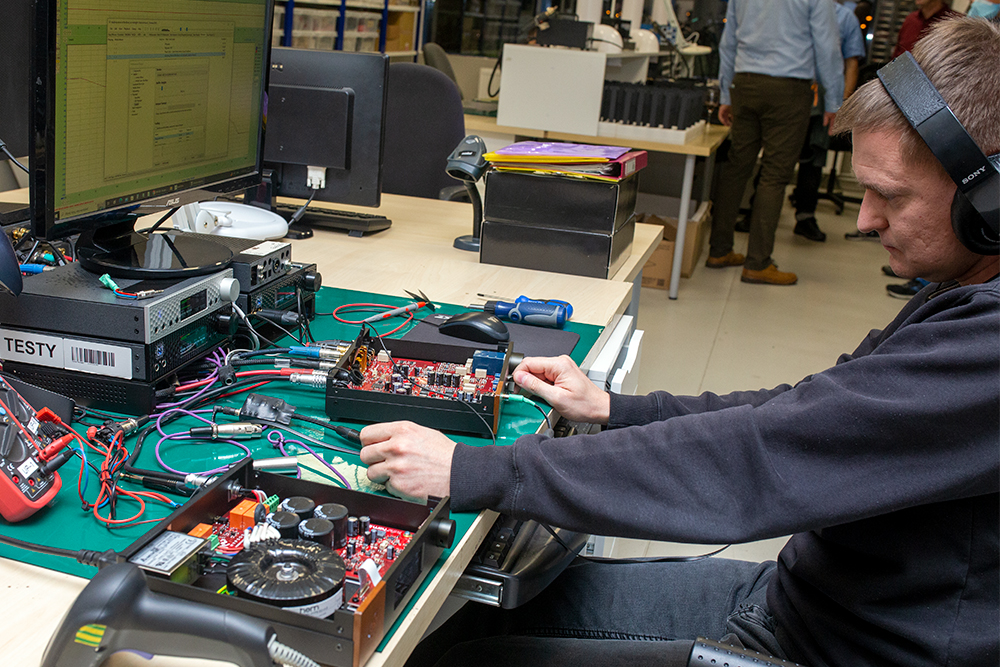 Design, assembly, and testing are done within the Hem / Ferrum Audio facility

Continuing on, Hamerla informed us that the parts for Ferrum Audio’s products are—as much as possible—sourced from within the EU. The circuit boards are made in Belgium, and the transformers are of Polish manufacture, the latter relating directly back to Poland’s large reserves of iron ore—the names Hem and Ferrum both represent this heritage. 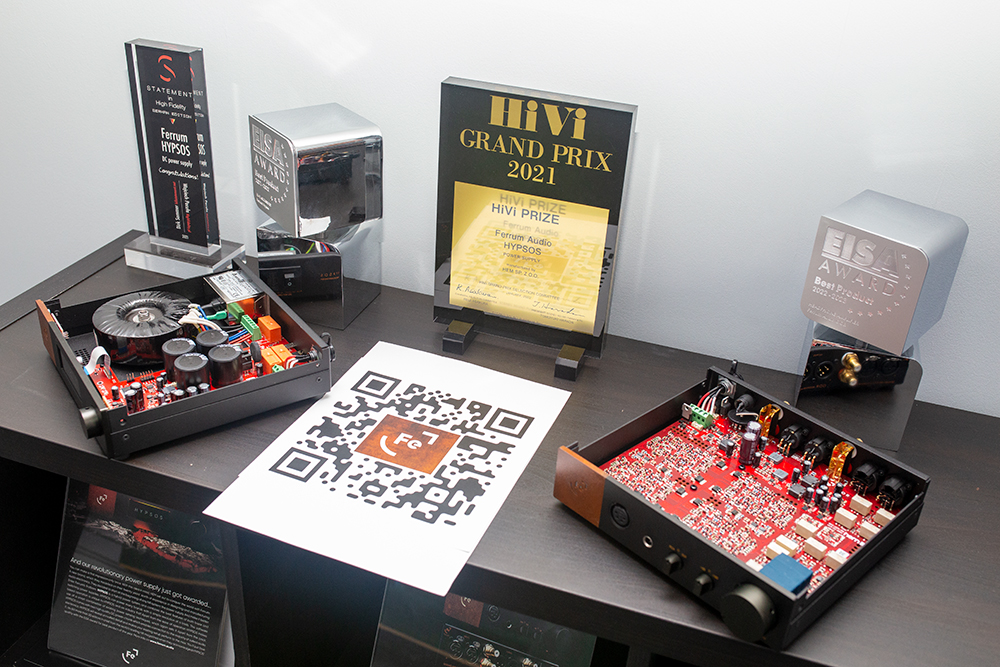 I had the opportunity to take a close-up look inside the EISA-award-winning Hypsos, and it’s a clever little package. OK, I hear you thinking, what’s so impressive about a linear power supply? Well, the Hypsos uses its own proprietary four-conductor cable, with two conductors providing power and the other two monitoring the power making it to and being consumed by the target component. The Hypsos uses feedback to further regulate the current according to the target component’s requirements. The Hypsos can be used with line-level components (and headphone amplifiers) that run on between 5 and 30V and require up to 6 amps of current. 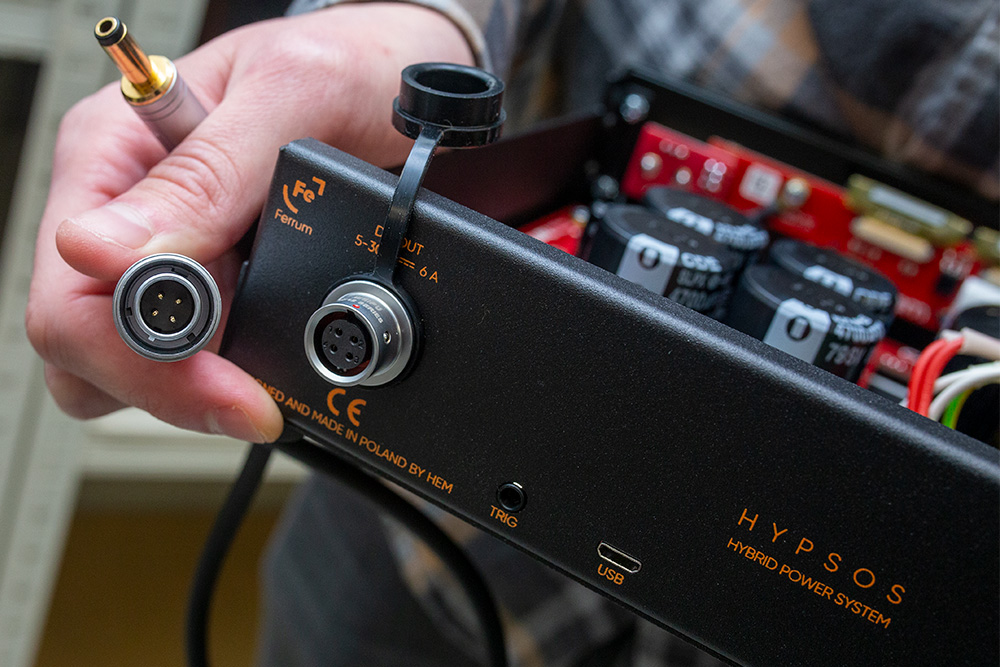 The Hypsos proprietary connector and cable

The rear panel of the OOR headphone amplifier, Ferrum Audio’s next component, sports a matching proprietary power connector, and while it’s designed to be used with the Hypsos, it can also be used with a standard power supply.

I also got the chance to dig a little into the Ferrum Audio Erco headphone amplifier and DAC. This tidy little box uses the ESS Technology ESS9038PRO DAC chip and is a fully balanced design. It’s also set up to accept power from the Hypsos, which is the ideal upgrade path. 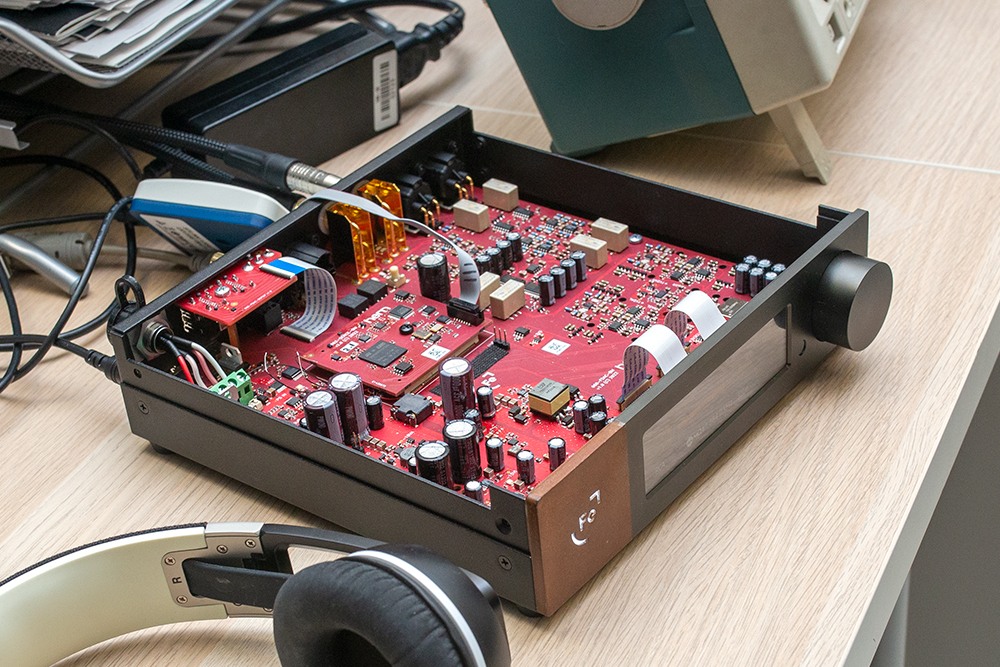 Over on the other side of the facility, on an R&D bench, was a forthcoming product that hadn’t been announced, named, or released. This component, which Gorgoń would mysteriously refer to only as Product 060, will be a preamplifier with onboard DAC, using the same ESS chip as the Erco. We got a chance to see the Erco and the upcoming product side by side, as Gorgoń pointed out the significant improvements in chip integration. The new preamp-DAC accepts digital inputs, including HDMI and I2S, and also has a pure-analog input and the ability to bypass the volume control. 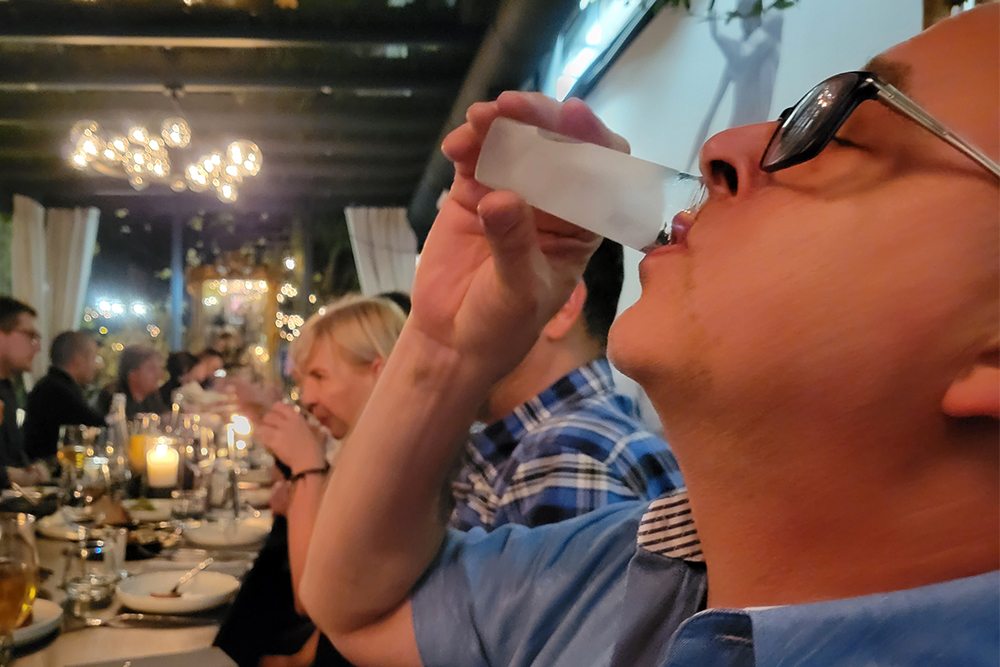 The author with a Vodka chaser

After this short but informative tour, we hustled back to the bus and shuttled over to Klonn restaurant for a most cosmopolitan dinner. Of particular note was the beef tartare, which I found out is—here in Poland—traditionally chased down with a shot of chilled vodka. While I was technically still on the clock and had work to do afterward, I couldn’t let this opportunity slip. I pressured Dorota Wiejcka, Ferrum’s sales manager, who was sitting two chairs down from me, into ordering us both a glass, and once they arrived, we both fired them in. Delicious and cultural—the stars aligned. A great dinner, an interesting company newly discovered, and a good evening all ’round.