“I’m too old to do something only for money,” Peter Lyngdorf said wryly as we sat at Costa Coffee, just down the street from Warsaw’s Radisson Blu Sobieski Hotel, where I was staying. It was a day before Audio Video Show 2019 opened. 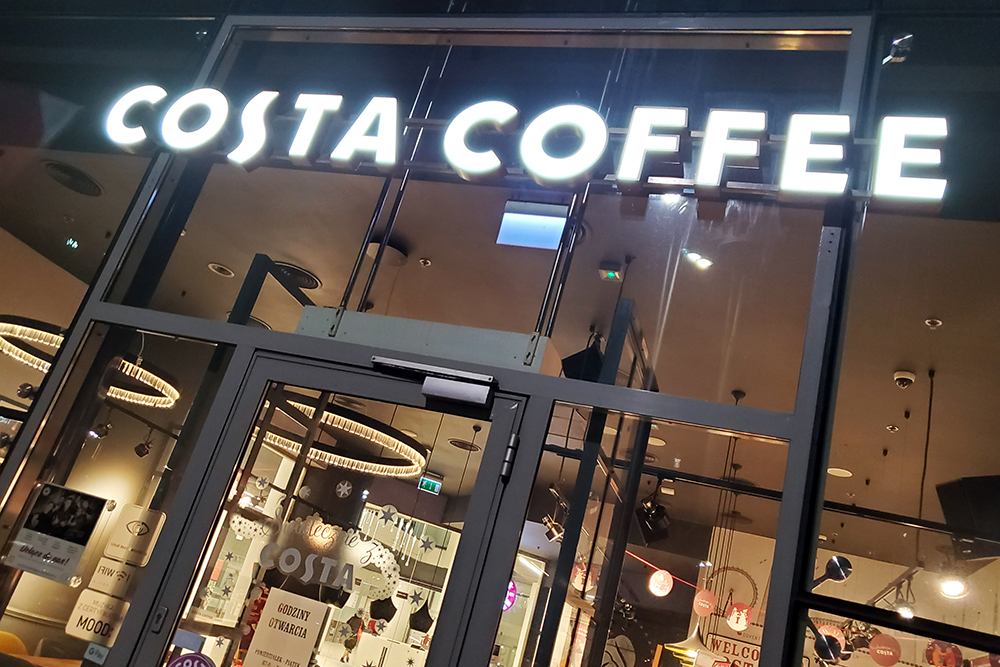 I don’t know exactly how old Lyngdorf is, but I can make a pretty close guess. During our chat, he told me that he started his first company, Audionord, a hi-fi distributor, in 1973, when he was 20 years old. That company was just the start.

The man I think of as “the Elon Musk of Scandinavian hi-fi” went on to found retail chain Hi-Fi Klubben in 1980 (which currently has over 100 stores in Denmark, Sweden, Norway, Germany, and the Netherlands), DALI (Danish Audio Loudspeaker Industries) in 1983, Tact Audio in 1996, Lyngdorf Audio in 2005, and his latest venture, Purifi, in 2014. The last is a partnership with design geniuses Bruno Putzeys, who is best known for his work with Hypex and Kii Audio, and Lars Risbo, who designed the groundbreaking Tact Millennium amplifier, which was released in 1998. Furthermore, Lyngdorf has owned other major brands -- Snell Acoustics (late 1990 to 1996), NAD (1991 to 1999), and Gryphon Audio Designs (1995 to 1998). I’ve probably missed some of Lyngdorf’s ventures, but that’s still quite a résumé. 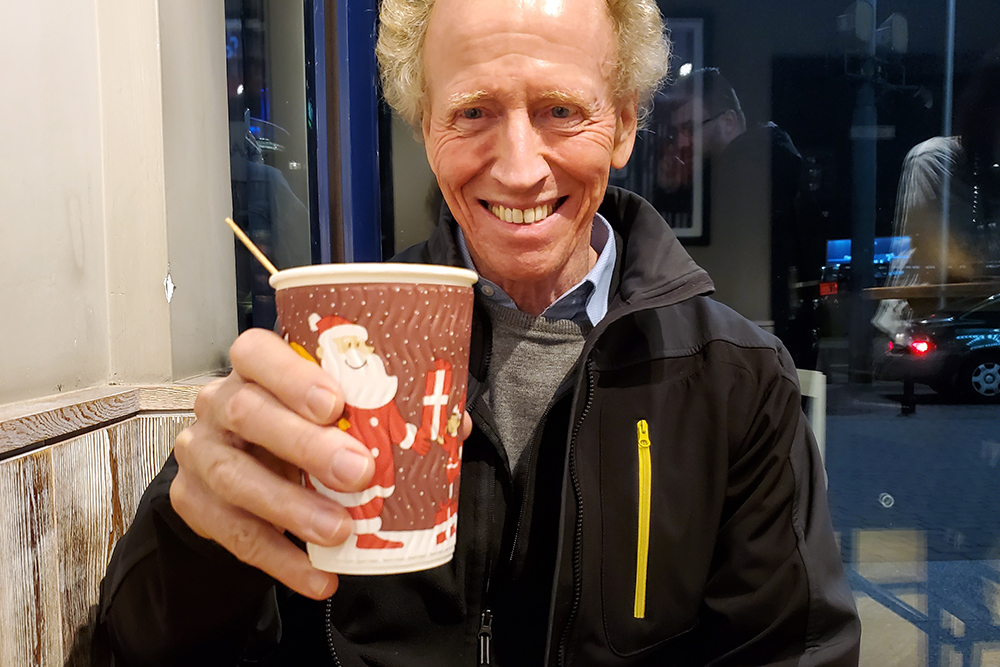 Tact Audio has been defunct since the early 2000s, but the other companies he founded are all in play, and today they employ more than 1000 people. Nowadays, Lyngdorf spends most of his time with Purifi and Lyngdorf Audio, the latter not only producing hi-fi components under that brand name, but also under the Steinway Lyngdorf brand -- it’s a collaboration with the famous piano maker Steinway & Sons, which was founded in Manhattan in 1853.

Maybe money was more of a motivator in Lyngdorf’s younger years, but as we talked, it became obvious that today his motivation is advancing the state of the art. “There’s nothing that satisfies me more than when we achieve something that is definitely better,” he said. “I want to develop something that is a step forward in sound quality. But I want to make something that ordinary people can afford and appreciate. Every time we improve something, it is audible.”

To illustrate the kinds of improvements he’s talking about, Lyngdorf brought up two examples. The first was the Lyngdorf TDAI-3400 amplifier, which he was at Audio Video Show 2019 to promote. Priced at €5000, the TDAI-3400 looks like a conventional integrated amplifier. But besides its substantial power output (200Wpc into 8 ohms or 400Wpc in 4 ohms), the TDAI-3400 incorporates a slew of technical innovations that Lyngdorf and his team have been working on for years. 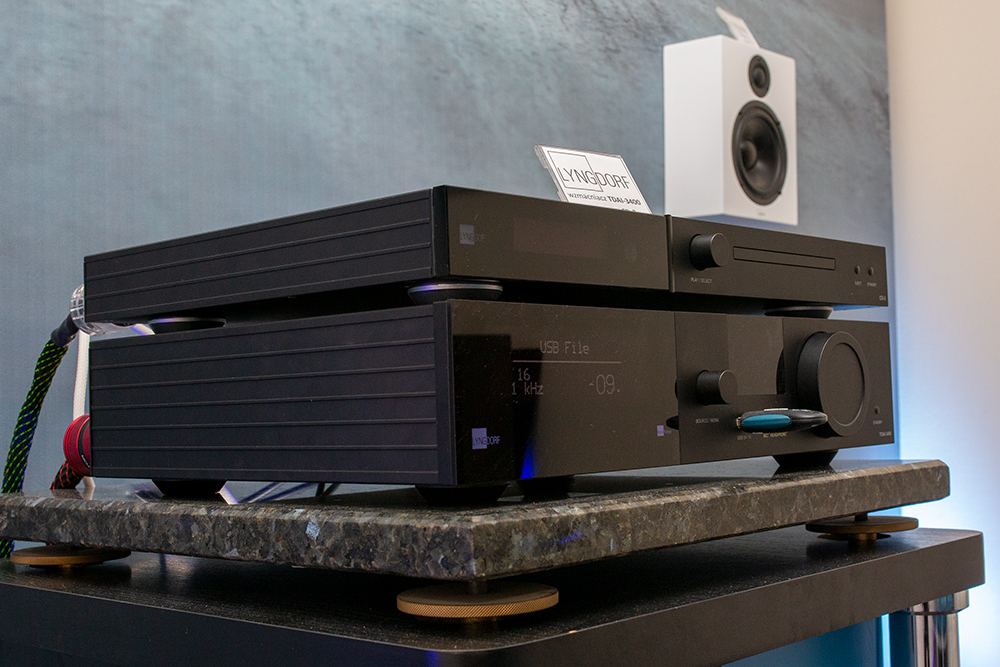 One of these is the TDAI-3400’s amplifier section, which is based on the pulse width modulation (PWM) technology pioneered at Tact Audio and then carried on at Lyngdorf Audio (the Millennium amplifier was brought up to its fourth generation under the Lyngdorf brand in 2008, and was only officially discontinued last year). According to Lyngdorf, PWM technology enables the TDAI-3400 to behave like a power-DAC. In other words, the signal doesn’t go through a digital-to-analog conversion stage and then a power-amplification stage -- a more typical topology. Instead, right when the digital signal is converted to analog, its output is high enough to drive the speaker directly.

What about the volume control? Instead of attenuating the analog signal, which usually happens in an integrated amplifier or preamplifier, the volume-control knob on the TDAI-3400 adjusts the voltage output from the power supply, which, in turn, governs how much power is delivered to the speaker. The result is a much simpler circuit design, creating an astonishingly low noise floor of -137dB. 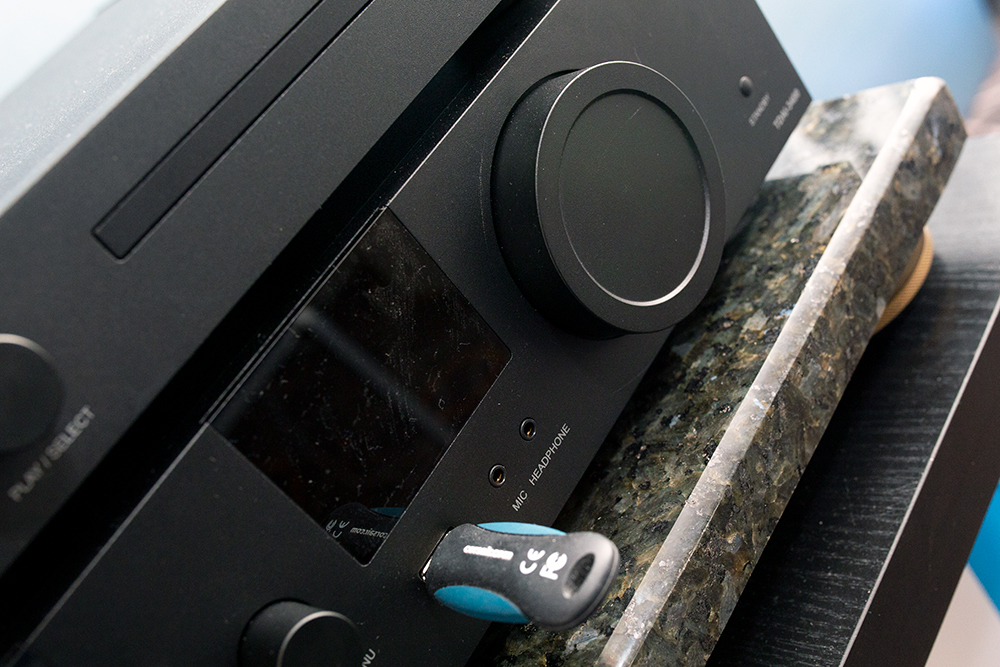 The TDAI-3400 also incorporates Lyngdorf’s RoomPerfect room-correction software. Lyngdorf told me that at one time he had 30 engineers working on that one project. The TDAI-3400 is also Roon Ready, and it has a built-in media player that supports Spotify Connect and AirPlay. It can also play music files from an attached USB drive. Essentially, the TDAI-3400 is an all-in-one component -- just add speakers and cables.

Unlike Lyngdorf Audio, Purifi doesn’t build consumer electronics products. Instead, the company is developing technologies and making components that other manufacturers can use in their consumer products. Right now it’s working on state-of-the-art speaker drivers, which Lyngdorf claims deliver performance an order of magnitude better than anything else available today. Already out of the oven and ready for use is Purifi’s new amplifier technology. According to the company’s literature, Purifi’s new 1ET400A amplifier module, which NAD has announced will be used in a new product slated for introduction in 2020, “is a single-channel, ultra-high performance, analog-input Class D Amplifier module capable of over 400W of power at an audio quality level that sets the standard for power amplifiers of any operating class.”

Lyngdorf reiterated this claim of superiority while we had coffee. “The Purifi amp is so good,” he excitedly proclaimed, “you no longer have to talk about quality. There is no harmonic distortion, no intermodulation distortion, no frequency response aberration regardless of frequency or load. It’s better than any amplifier.”

The key word is any. He’s not only claiming superiority over existing class-D amplifier designs -- he’s claiming superiority over class-A, class-AB, class-G, or whatever class you’d care to mention. Is that possible? Can it really be that good? Lyngdorf’s partners, Risbo and Putzeys, have earned accolades working on their own -- and now here they are at Purifi combining their talents. So, given their credentials, it’s entirely possible that Lyngdorf’s claim is true. Moreover, on the Purifi website, the company has published detailed specs and measurements that justify those bold claims. 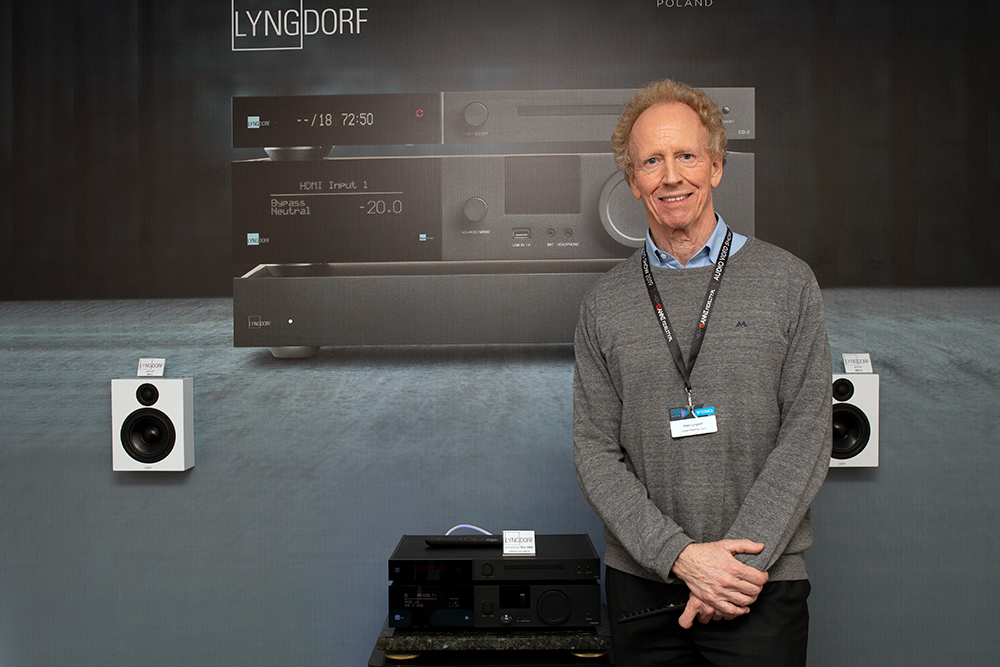 Peter Lyngdorf is somewhere in his late 60s, but he shows no signs of slowing down. Whether working directly at his companies or, as he was doing at Audio Video Show 2019, promoting the products his companies make, he has the enthusiasm of a guy half his age. He’s also in the thick of it.

“I like to do things. I want to be on par with people who work with me,” Lyngdorf said as we finished our coffees. During our interview, and seeing Lyngdorf in action at the show, it became obvious to me that those claims are true as well.