I stated yesterday that the Radisson Blu Sobieski -- one of the venues for Warsaw’s Audio Video Show 2018 -- held about as many exhibits as the entire Montreal Audio Fest. That was when I assumed the show occupied only a couple of floors. Well, this monster of a venue encompasses seven floors of exhibits, plus more in the substantial lobby. There are still more exhibits at the Golden Tulip hotel just down the street, and at the PGE Narodowy stadium 5 kilometers away. This, folks, is a big event. So big in fact that it has turned my head around and made me re-evaluate my North American-centric view of audio. If you have a chance to visit this show, you owe it to yourself to do so.

Now on with the coverage. Here are some of the new electronics that we found, including a mix of solid-state gear and more tube amps than you can shake a stick at, with prices in Polish zlotys (zł), euros (€), US dollars ($), or British pounds (£). 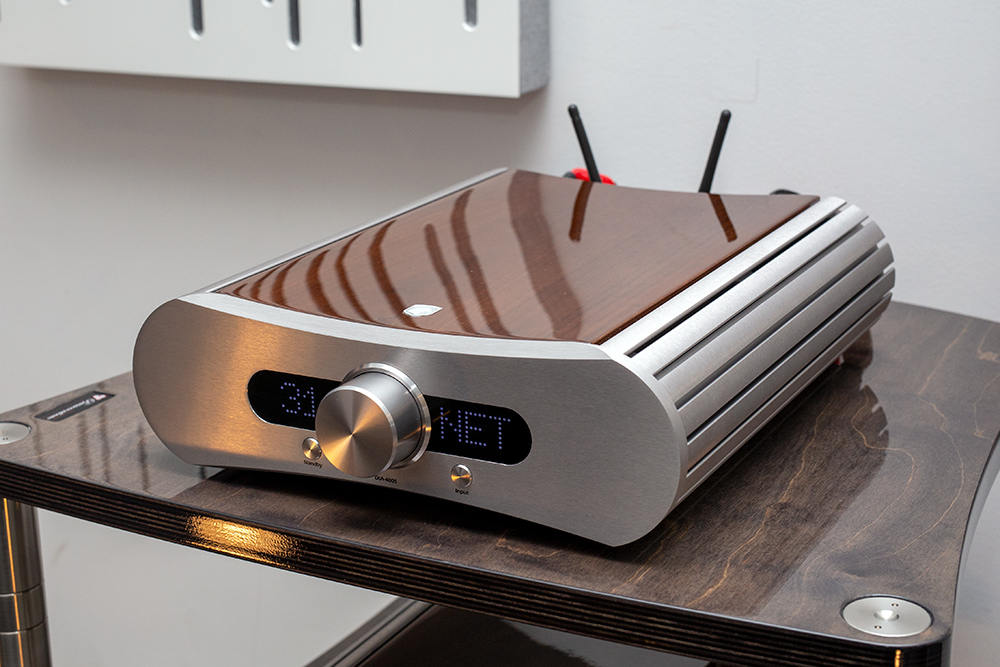 Denmark’s Gato Audio showed its new DIA-400S NPM integrated amp, which is loaded up with a DAC and a Roon Ready network streamer. The DIA-400S NPM is rated at 400Wpc into 8 ohms or 800Wpc into 4 ohms, courtesy of Pascal (also from Denmark) class-D amp modules. The €6700 DIA-400S NPM marks the 10th anniversary of Gato Audio. 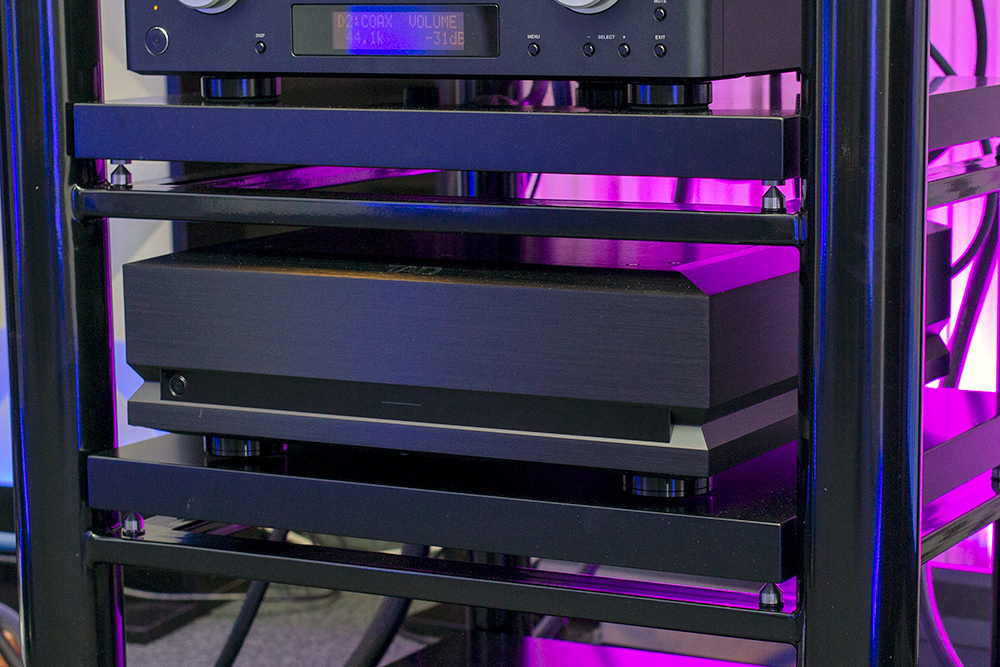 Along with its new E1tx loudspeaker, TAD showed its totally new M1000 amplifier, which cranks out a solid 500wpc into 4 ohms. The M1000 amp weighs in at a stout 29kg. It looks like a nice, if perhaps expensive, piece, but unfortunately the representative who hosted the room didn’t have much more information. 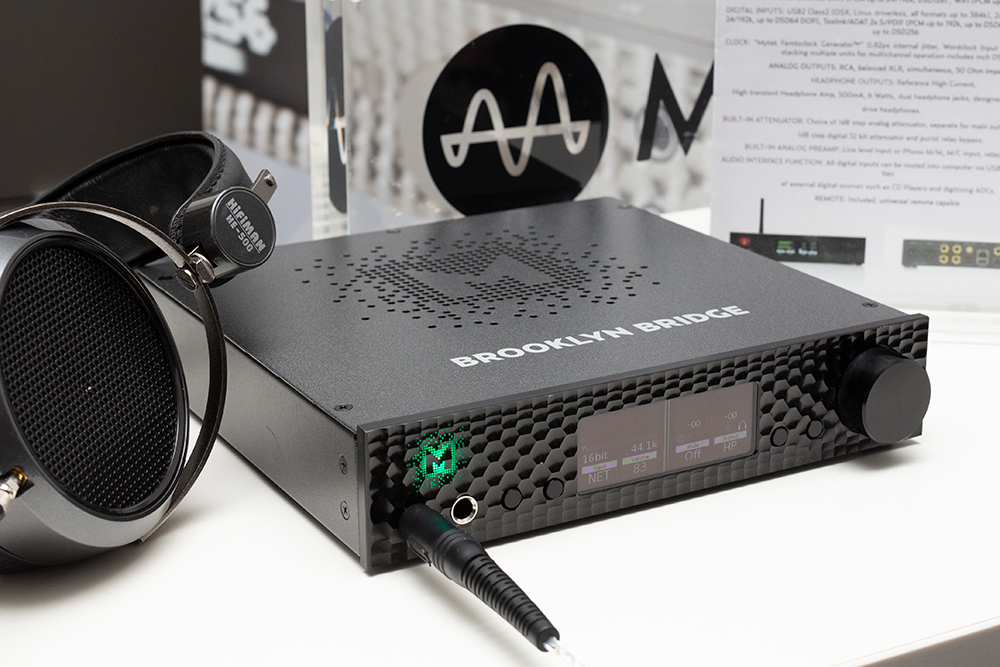 Making its first appearance here at the Audio Video Show was the $3000 Mytek Brooklyn Bridge, which is essentially the company’s Brooklyn DAC-headphone amplifier with the addition of a network streamer. The small, elegant Brooklyn Bridge is an exceptionally neat and attractive package, something I’d be game to try. 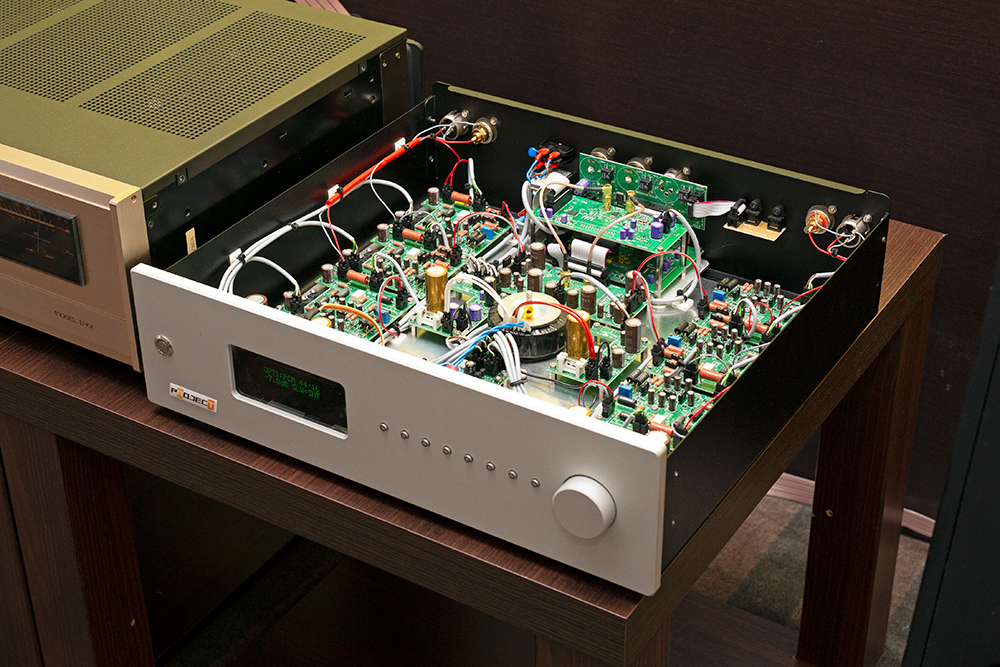 RT-Project, of Warsaw, Poland, was showing two new DACs that are more similar than they are different. While both are built on the same chassis with the same architecture, the company offers them with either solid-state (above) or . . . 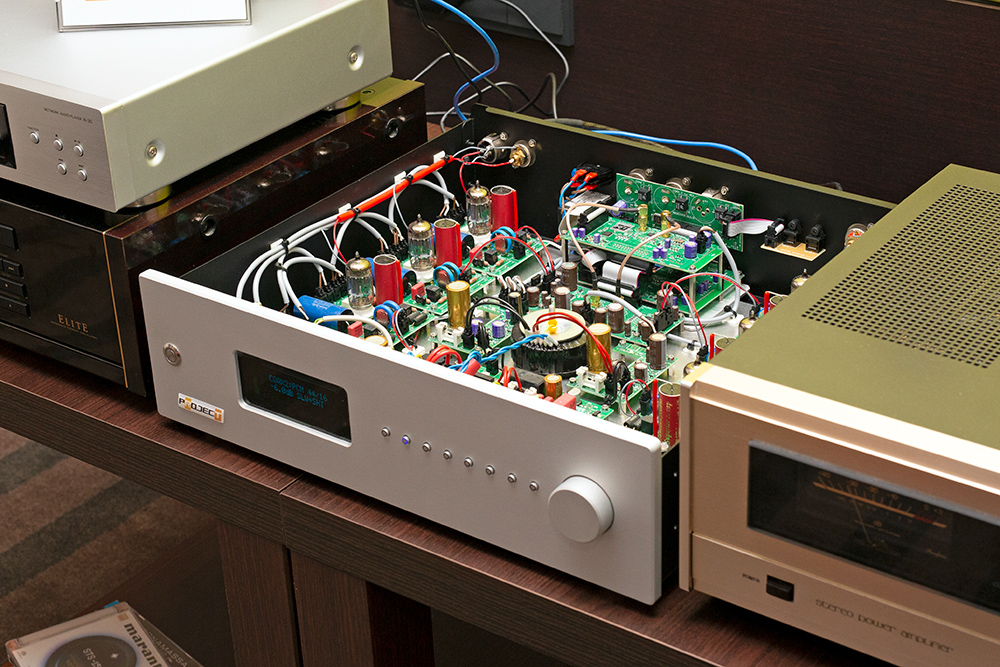 . . . tubed output stages. Common to both versions is a digital section with complete buffering using an on-board differentially balanced master clock. Volume control is accomplished completely in the digital domain, and the DAC itself employs one AK4495 chipset per channel. The analog stage is fully balanced and dual mono, with six analog modules: four for the balanced output, and two more for the RCA. The tube version uses . . . 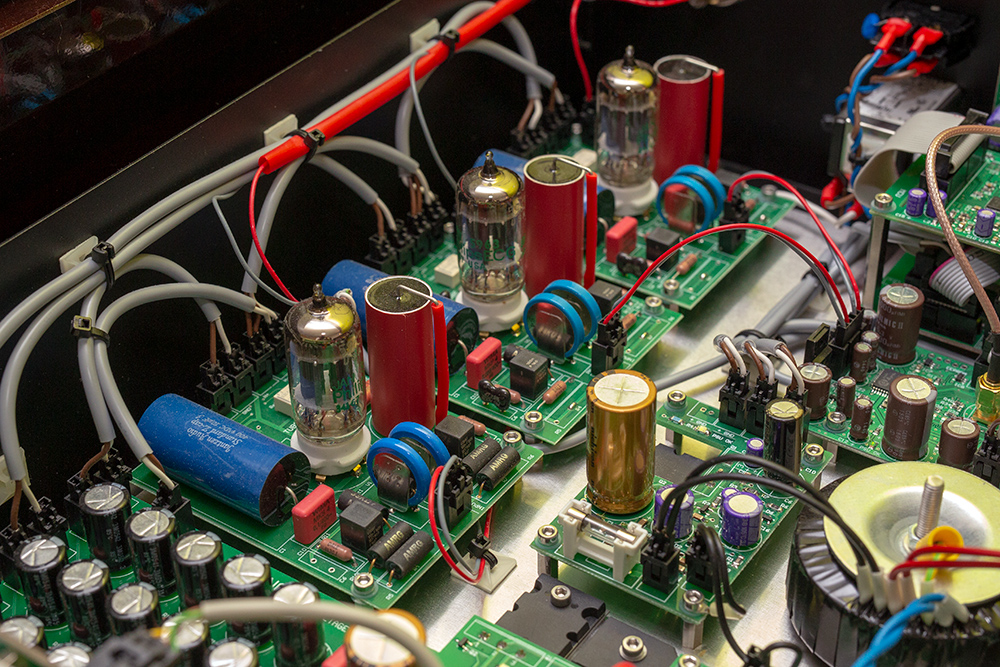 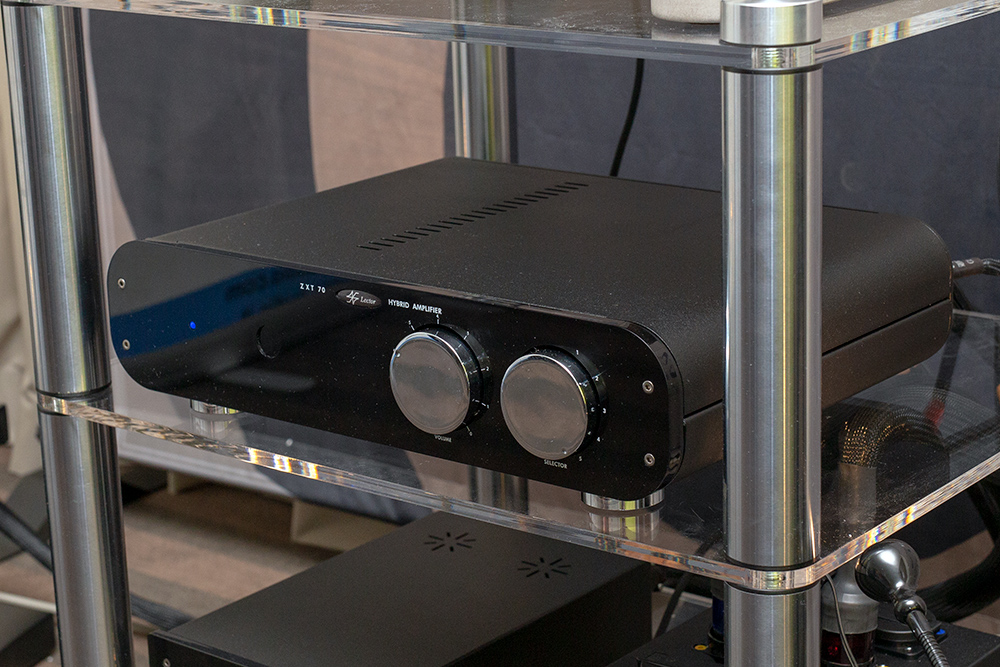 Italy’s Lector had on hand its ZXT-70 integrated amplifier, which is only a couple of months old. This integrated amplifier is a tube/solid-state hybrid. It uses MOSFETs for output and ECC88 tubes for the driver stage, not just as a buffer. The €2000 ZXT-70 is said to output 70Wpc into 8 ohms or 180Wpc into 4 ohms. According to the company, a special Lexan MOSFET stage enables it to more than double its power into a halved impedance. 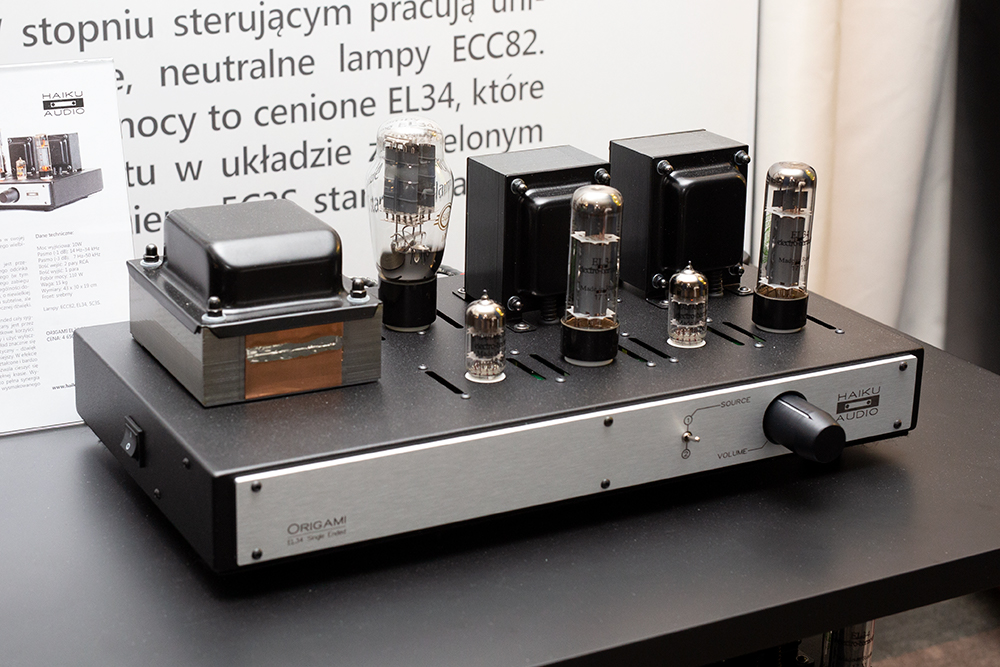 Here are two new amplifiers from Haiku Audio, based out of Krakow, Poland. The zł4650 Origami EL34 SE is a 10Wpc single-ended integrated amp with an ECC82 driver tube for the first stage and a single EL34 per channel for power. The Origami EL34 SE uses a 5C3S rectifier tube instead of a solid-state rectifier, making it tube all the way through. Two unbalanced RCA stereo inputs are provided. The second . . . 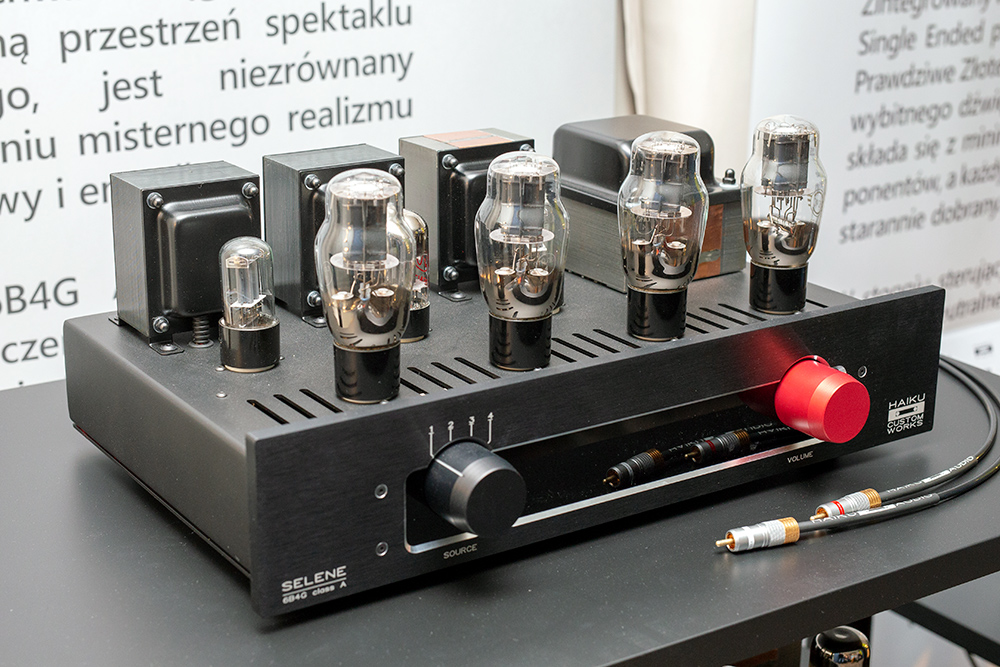 . . . amp is the zł13,600 Selene, a push-pull, class-A integrated with four unbalanced inputs. The Selene employs four 6B4G tubes (a variant of the well-known 2A3 tube) and 6SN7 driver tubes, and outputs 12Wpc. Everything but the tubes is made in Poland.