Until a few years ago, Axiom Audio made only speakers. That changed when Axiom released the A1400-series amps in 2007. That model has been discontinued, and Axiom is currently in the process of releasing the new ADA-series amplifiers, . . . 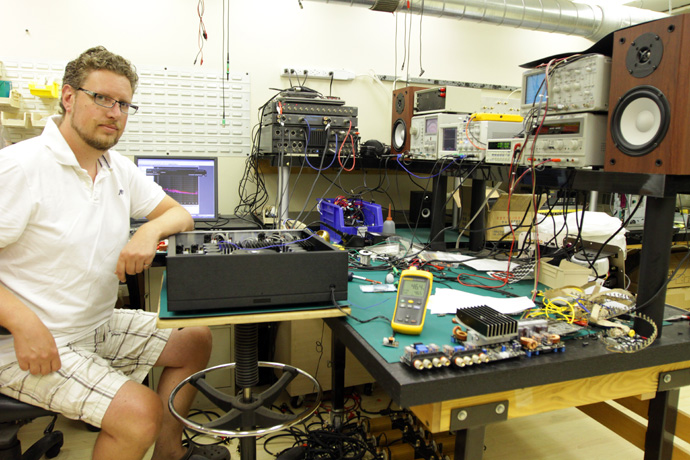 . . . which Andrew Welker designed from the ground up. ADA stands for "Axiom digital amplifier," which reflects the class-D output stage that was designed in-house. The power supply, though, is a linear design, which Welker feels offers superior performance and reliability compared to a switching supply. 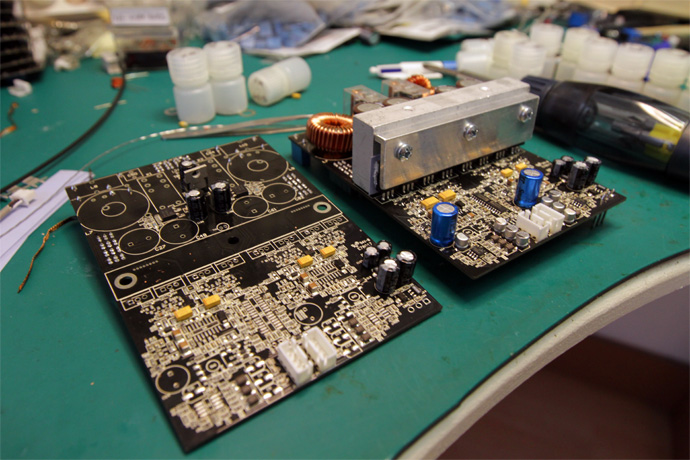 The ADA amplifiers are currently shipping, so the Axiom technicians were busy readying the circuit boards when we visited. Shown above are two circuit boards in varying stages of completion. 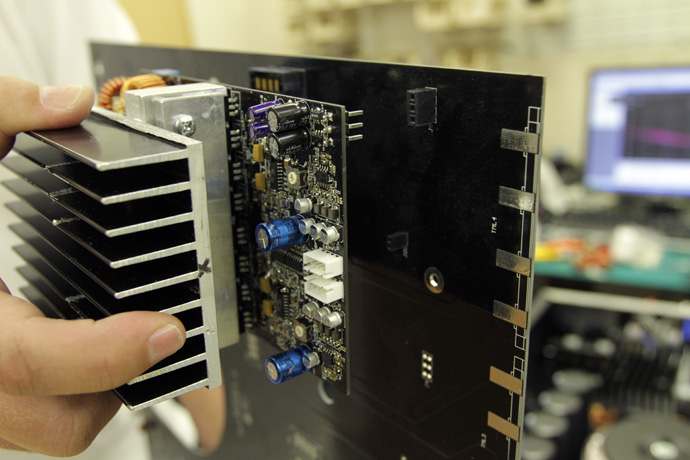 The ADA amplifiers are modular designs, meaning that each completed amplifier module plugs into what Welker calls the "power-supply motherboard." It's possible to expand an amplifier by plugging additional channels into the board. 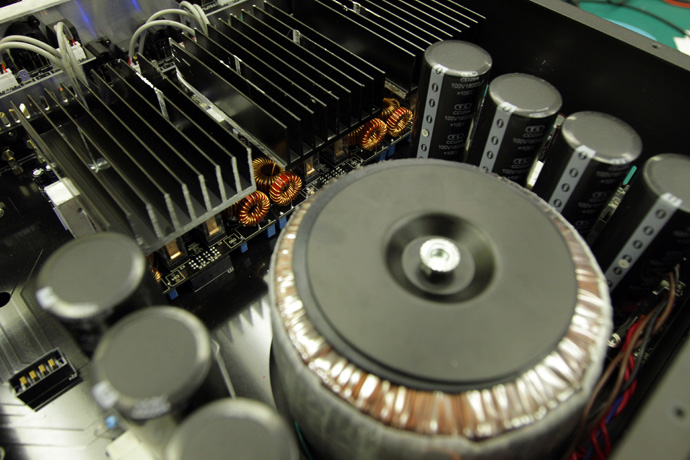 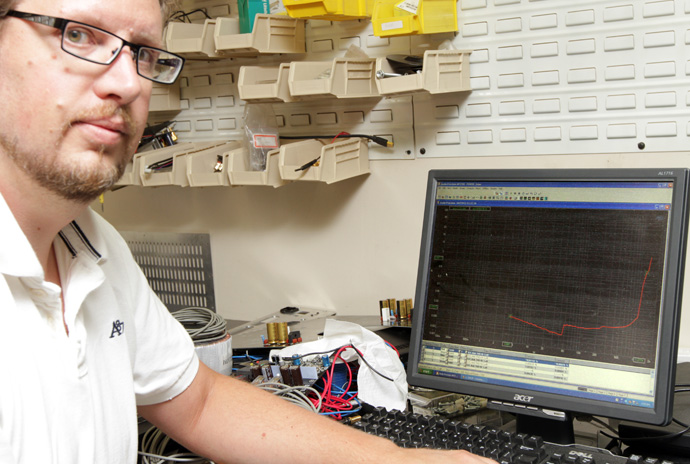 The ADA amplifiers are very powerful for their size and price. Andrew Welker used an Audio Precision measurement system to demonstrate that an ADA1500-series model will deliver up to 1300W into a 2-ohm load with less than 1% THD (one channel driven). Impressive!