Over the past decade of reviewing audio equipment, whether speakers, amplifiers, preamplifiers, or what have you, I’ve grown skeptical of products bearing an “SE” designation. While I will agree that “SE” often equates to the likes of a V2 or MkII of a product and doesn’t literally have to mean special edition, I do expect that these initials carry with them some meaning—and offer customers something noticeably special, unique, or superior beyond a higher price tag. Audio Research is a prime example of such a company. When it releases an SE version of a product, it’s typically aesthetically identical to the standard version yet dramatically different in terms of parts and performance. 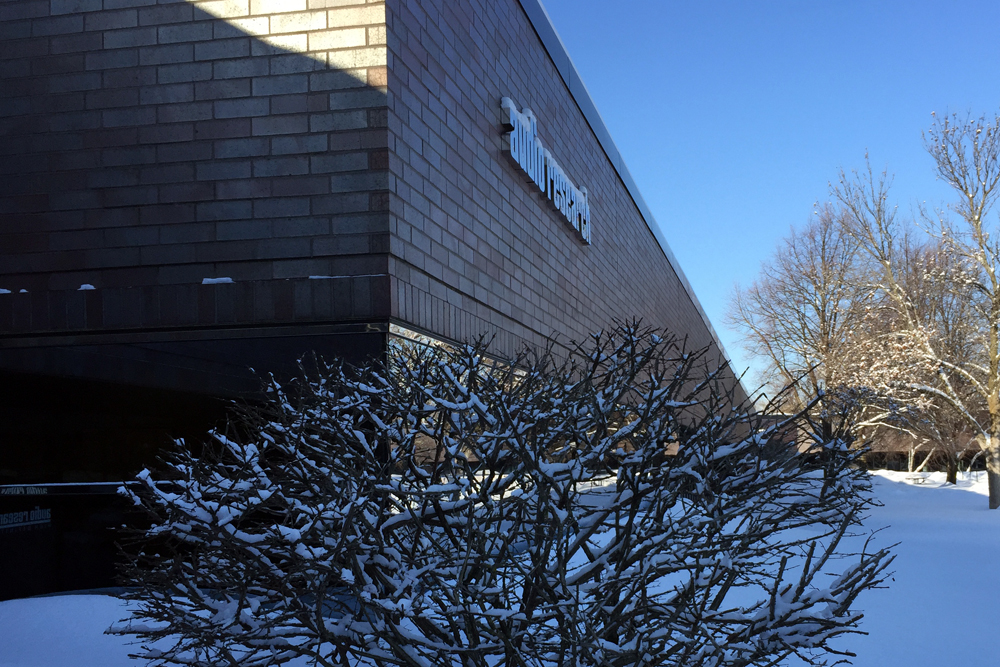 To fully understand what SE represents for Audio Research, I went directly to Dave Gordon, Audio Research’s managing director. Gordon is one of ARC’s longest-standing and most widely recognized employees, and one of the things I immediately grew to appreciate about Gordon was that he wasn’t a tangential speaker; when I asked him questions for this piece, he answered them honestly and concisely. Moreover, after sharing with him that I’m a bit of a car nut, he described what the SE moniker means to Audio Research in relative terms I could especially appreciate:

AMG and M series models are separate, parallel offerings for Mercedes and BMW. It’s different for us. You cannot convert a Mercedes model into the equivalent AMG model, so there isn’t an upgrade path—it’s an alternative. Same for BMW. With Audio Research, an SE model offers a true upgrade path, representing the latest, highest-performance version of the product it replaces.

As the discussion progressed, Gordon talked about the origins of SE, highlighting the fact that Audio Research has, in a way, always offered SE models. Two decades ago, the Reference 2 preamplifier or, more commonly used by ARC aficionados, Ref 2 was the first to introduce an SE version, except back then it was referred to as MkII. There have been numerous models to wear these monikers, such as the SP-11 MkII, SP9 MkII and MkIII, and numerous Reference products like the Ref 300 MkII and Ref 600 MkII and MkIII, just to name a few. For the most part, each successive model has eclipsed the performance of its predecessor by no small measure, and that is something Audio Research takes great pride in. 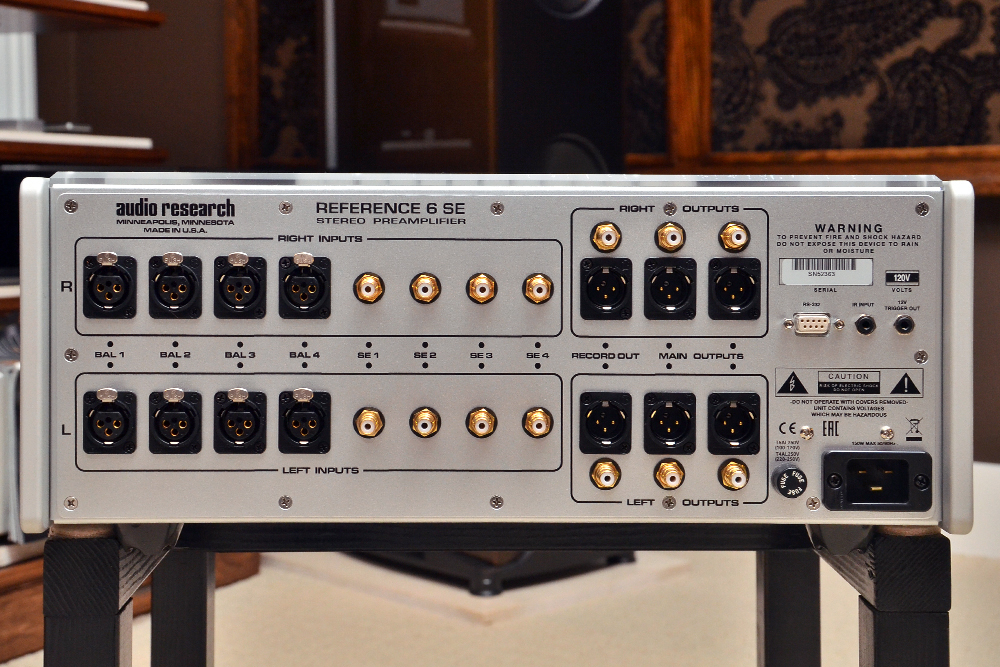 The philosophy behind adding the Mk or SE moniker to an Audio Research product is not one of marketing, aesthetic progression, or mechanical audiophile jewelry. It’s about incremental advancements in design across an entire portfolio of products that improve the performance of a product to something beyond just the sum of its parts. When I asked Gordon to elaborate on this philosophy, he described how Audio Research engineers are constantly working on new products, including linestages, phono preamps, DACs, and amplifiers. “It’s in this course of the development that discoveries are made to enhance performance,” Gordon noted. These discoveries often include testing of various parts, wiring, capacitor design, or even design changes to transformers, damping, or isolation of a component. When improvements are identified, they are then analyzed to determine if they may also be applicable to other products to improve their performance. 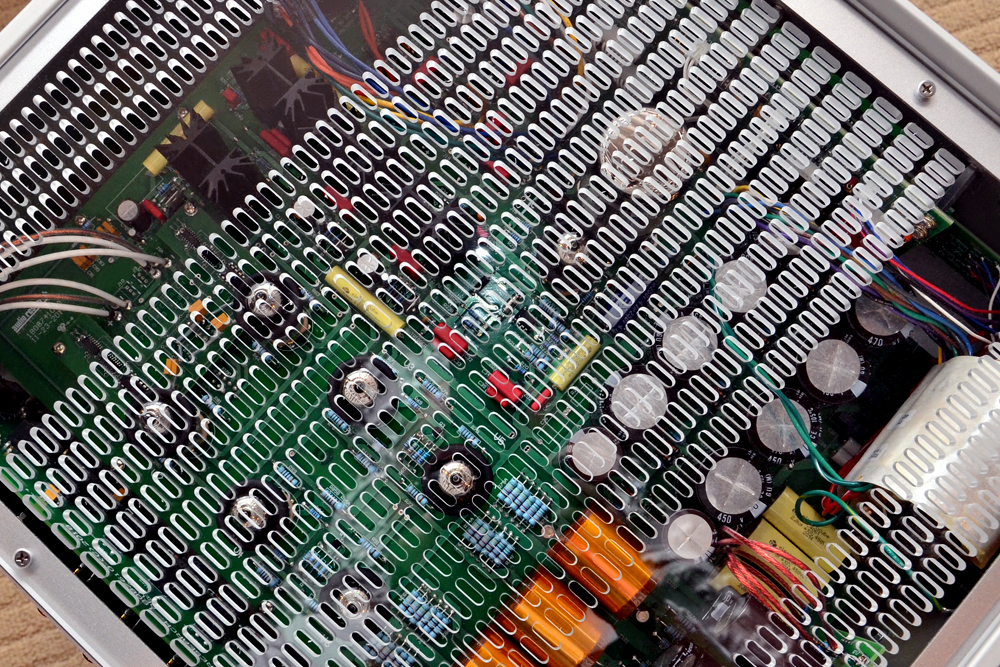 In fact, the hunt for better ways to do things never ends at Audio Research, and I applaud the company’s restraint to avoid incorporating marginal advancements into their products right away. Gordon was keen to point out that, if Audio Research were to take such an approach, while assuredly more profitable, it could prompt new products to become moving targets of confusion: which version does the dealer have on demo, or which did you hear, or which version was reviewed in each publication? And throughout all that, how would Audio Research tackle pricing? For these reasons, Gordon explains, Audio Research accumulates incremental improvements until it’s time to combine them for a major upgrade, be it a new model or an SE version.

We offer a completely new model when we have a new circuit design, along with other improvements that do not allow us to update the previous model. For example, the Ref 6 was fundamentally different to the Reference 5SE, as the Ref 6 uses six 6H30 tubes in the gain stage, new transformers, a new chassis design, etc., and that simply could not be retrofitted in the Ref 5SE, so we introduced an entirely new model. We decided to introduce the SE version of the Ref 6 because the sonic improvements were significant, original units could be upgraded to SE, and the original Ref 6 had been out for four years, which we consider a reasonable amount of time. Fortunately, the SE improvements in the Ref 6 provided at least the same level of improvement in the Ref Phono 3, so we offered it a few months later, more than four years after the original Ref PH3 was introduced. 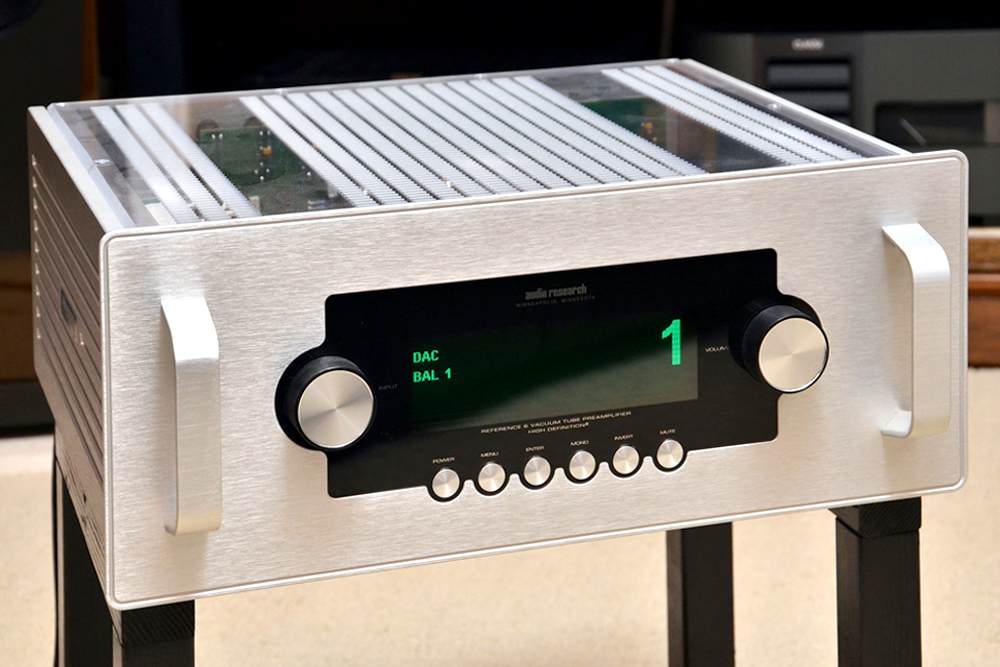 While penning this article, I placed the Ref 6SE review sample beside my Ref 6 to see if I could find any differences. After about a five-minute “Where’s Waldo?” analysis of the circuitry, I observed a few subtle differences, and in doing so, I understood where Gordon was coming from when he described the changes:

We do not take comparative photos of internals, as photos would not really reveal what has changed. For example, we have been using proprietary custom capacitors in all our Reference preamps since the Ref 3, and they all have gold wrap with no printing. The means of soldering the leads to the caps has changed (which you can see upon close examination), the lead materials have varied, and the winding materials have changed dramatically, but they all look the same or very close. Another example is cryogenically treated parts; they look identical to the same non-cryogenically treated part.

Stay tuned for my review of Audio Research’s latest Reference 6SE preamplifier, along with a head-to-head comparison between it and my Reference 6, coming to SoundStage! Ultra in early 2021.