Gryphon Stereo Amplifiers and Me

There was a time when I was an audiophile but not an audio-equipment reviewer. Although I have been with SoundStage! since 1997, I recall a time before that when I had the gleam in my eyes that comes from pursuing the audio truth with limited means but an unquenchable curiosity. I dare say it was a more enjoyable experience in many ways than being “in” the industry. Sometimes, though, I feel brief moments of wonder like I did in my youth.

I still don’t quite know why I’ve been attracted to some brands, but one thing is certain: I’ve had an infatuation with Denmark’s Gryphon Audio Designs since my earliest days as an audiophile. I can’t pinpoint an exact date—sometime pre-SoundStage!—when I saw my first Gryphon amplifier, the original Antileon, and learned about pure class-A circuitry. I had some encounters with amplifiers from Krell and Coda, but there was something about Gryphon that was different. I knew I could not afford an Antileon Stereo—the amplifier model that was current in the Gryphon line during this period of my life—so I researched the history of the brand and learned that there was a precursor to that model: the DM-100, the first class-A Gryphon stereo amplifier (the first mono was in fact the Reference One). So I did what an audiophile playing above his means would do: I searched for a used DM-100 that I could afford. 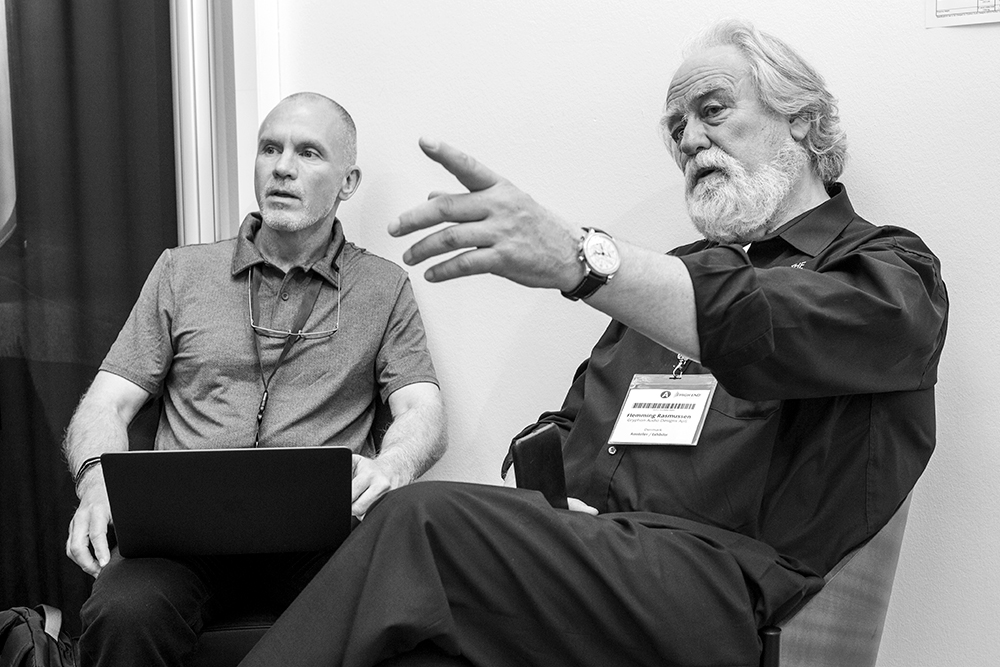 The search led me to a retail store—I can’t remember the name—in Chicago that was advertising a used DM-100. I called and called and called . . . and called. Lo and behold, the store was shut down, and so it was a dead end. But there was another possibility: a store in Portland, Oregon, named Echo Audio—still open to this day, apparently—had a used DM-100. I called and spoke to a very nice gentleman and arranged to make a deal on the amplifier. As fate would have it, something—I never did find out what—happened to the unit during testing, and it was pulled off the market. My dream of Gryphon would have to wait until another day.

Then I started working for SoundStage! and took a trip to Frankfurt, Germany, for High End—the audio show of shows. And so began my long history with Gryphon Audio Designs, perpetuated by my meeting and subsequent friendship with Flemming Rasmussen, Gryphon’s founder. Many long hours of listening to class-A Gryphon stereo power amplifiers resulted. The Essence Stereo, the original Antileon, the Antileon Signature, the Antileon Evo, the Colosseum Stereo, and the Mephisto Stereo have all found their ways into my listening rooms over the past 20 years. I can honestly say I’ve loved them all. 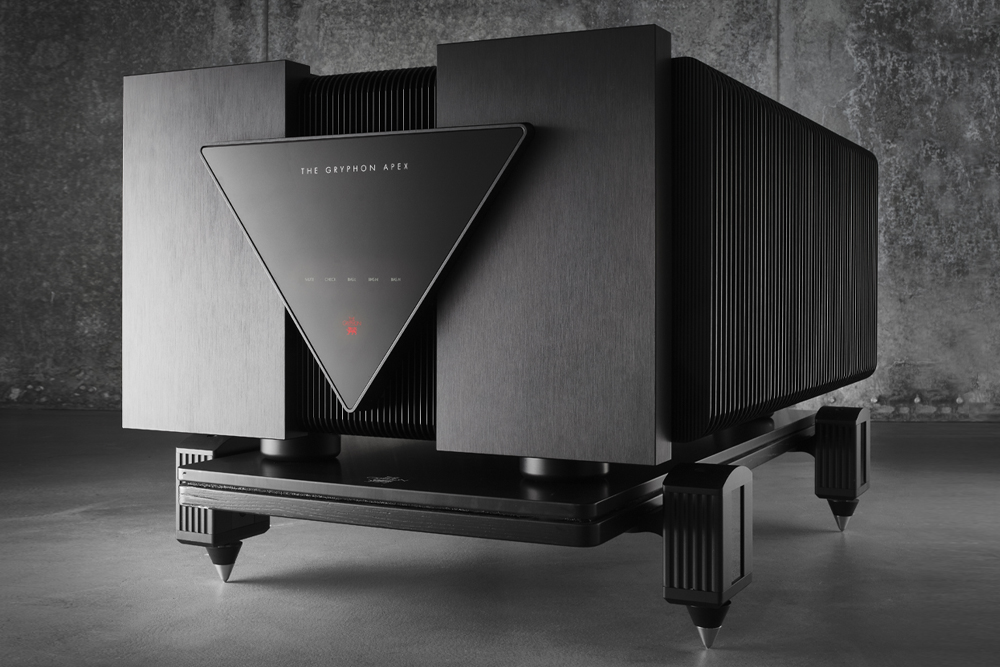 Now, at the end of 2021, we’ve reached a milestone: Gryphon has just announced a new flagship Gryphon stereo amplifier, the Apex Stereo. The specs are mind-blowing: 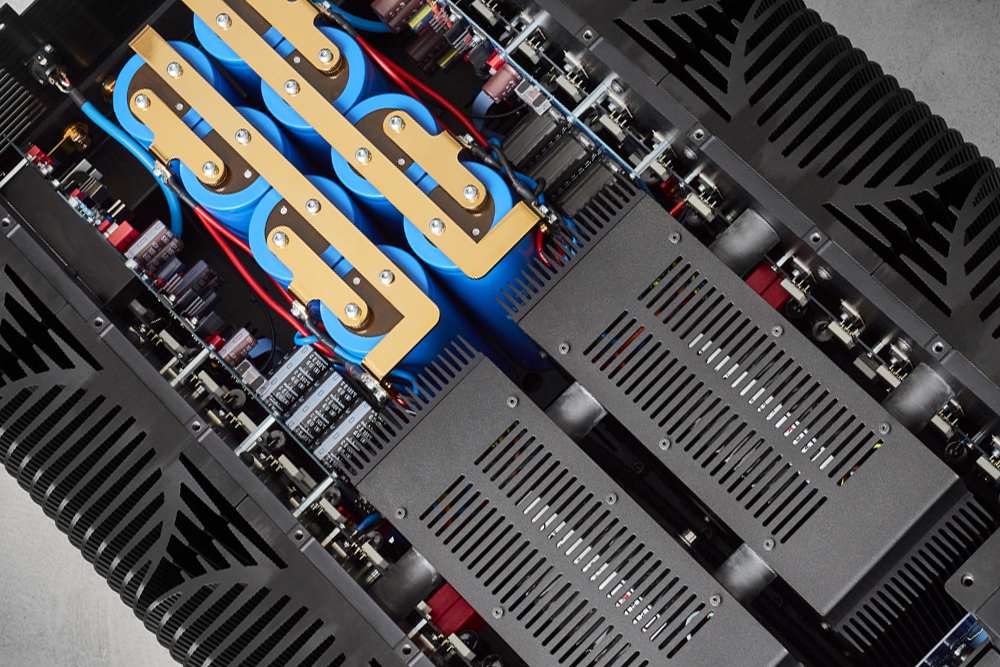 There is a new Gryphon flagship stereo amplifier, and it is the Apex Stereo. One will be on its way to my home in North Carolina very soon. To say this is coming full circle for me would be a massive understatement. I’m not sure I have been as excited about a new product heading my way for review in a long time. Is this feeling just nostalgia? I mean, my fascination with Gryphon class A began two-and-a-half decades ago. Maybe. But it’s also an intense curiosity borne from experience listening to Gryphon stereo amplifiers for many years. I know what they are capable of. Or at least I did know: the Apex is supposed to be the best Gryphon ever. If that alone doesn’t awaken the childlike wonder that almost every Gryphon lover has felt, then I don’t know what would. At least for a short time, I can be that wide-eyed kid discovering that true sound all over again, thanks to Gryphon. 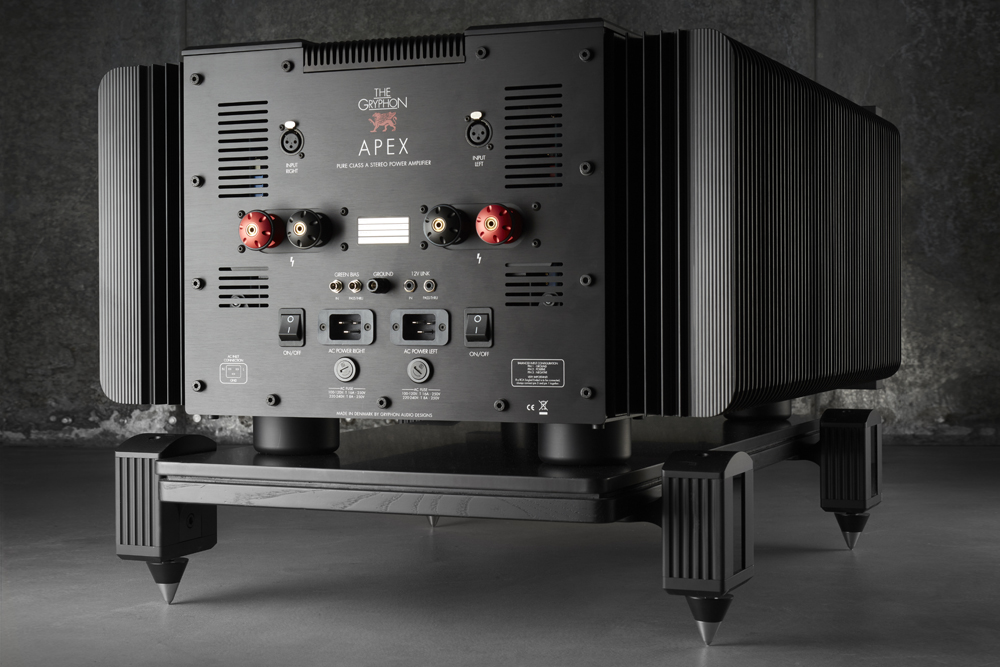