A few days before I boarded the first of two planes that would take me to Tokyo, Japan, to cover TIAS 2016, the UPS deliverywoman arrived at my door with two big brown boxes and one smaller one. The country of origin was marked clearly on all three: France. Only one company sends us products directly from there -- Devialet. 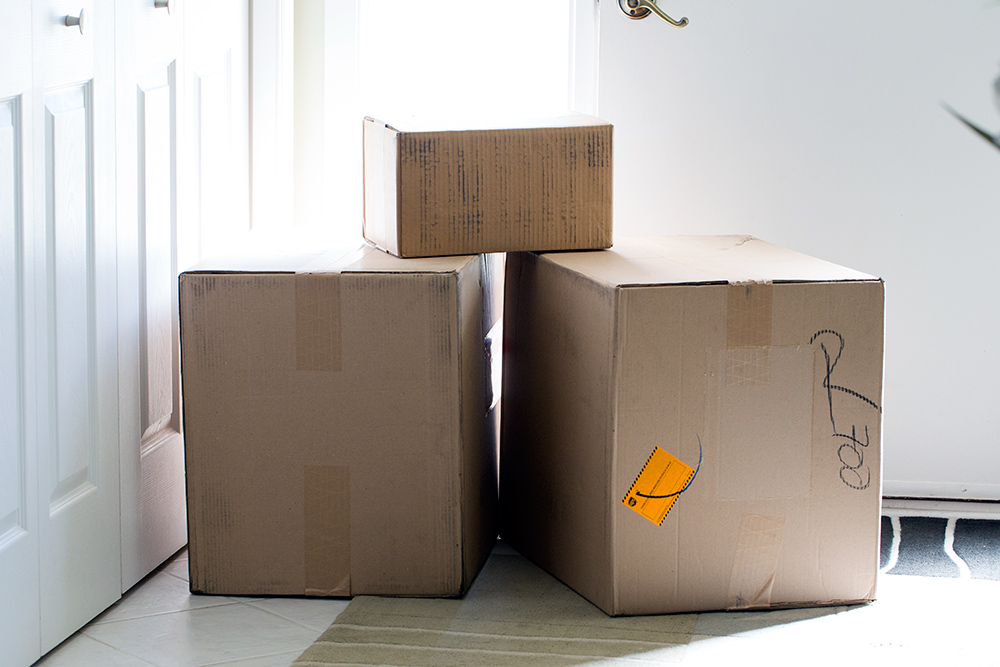 Inside the brown boxes were the real boxes containing two Gold Phantom loudspeakers and the Dialog audio hub. The arrival of these products that day was a bit of a surprise, since I didn’t know they had shipped, but it fulfilled a promise the company made to me in late May -- that I’d receive them for a full review once full production started. Obviously, Devialet came through.

The Gold Phantom is the company’s newest speaker in the Phantom line of network-capable, fully powered loudspeakers -- and it’s at the top of the range. Compared to the Silver Phantom, which was the previous top-of-the-line model, the Gold has several improvements: it is said to have 50 percent more amplifier power, there’s a titanium-dome tweeter rather than an aluminum one, and the digital signal processing (DSP) has been enhanced. The Gold is also more expensive than the Silver -- $2990 USD each versus $2390 each. The Dialog box sells for $329, and it’s necessary when you have two or more Phantoms, whether you’re using the Gold, Silver, or entry-level model, which is simply called Phantom. 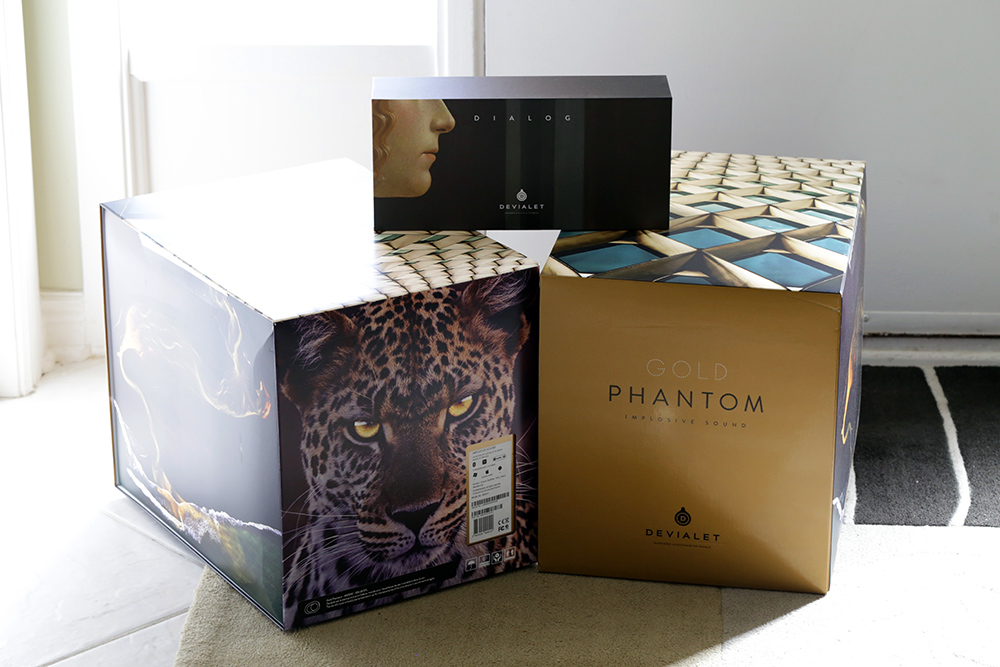 When we talked in May, I had an inkling that production would still be months away, so I wanted to do something more with Devialet to benefit our readers. As a result, in July I traveled with our SoundStage! video team to Devialet’s headquarters in downtown Paris, as well as to one of its factories, a three-hour train ride away. From the footage we shot there, we produced a SoundStage! InSight episode on the Expert Pro 1000 amplifier, which Jeff Fritz is in the middle of reviewing for SoundStage! Ultra (it arrived at his place in late July), and a Shorts feature on the entire Phantom line. Both of these videos were very well received, with each going a long way to explain how Devialet goes about its work and what it wishes to achieve with these products. 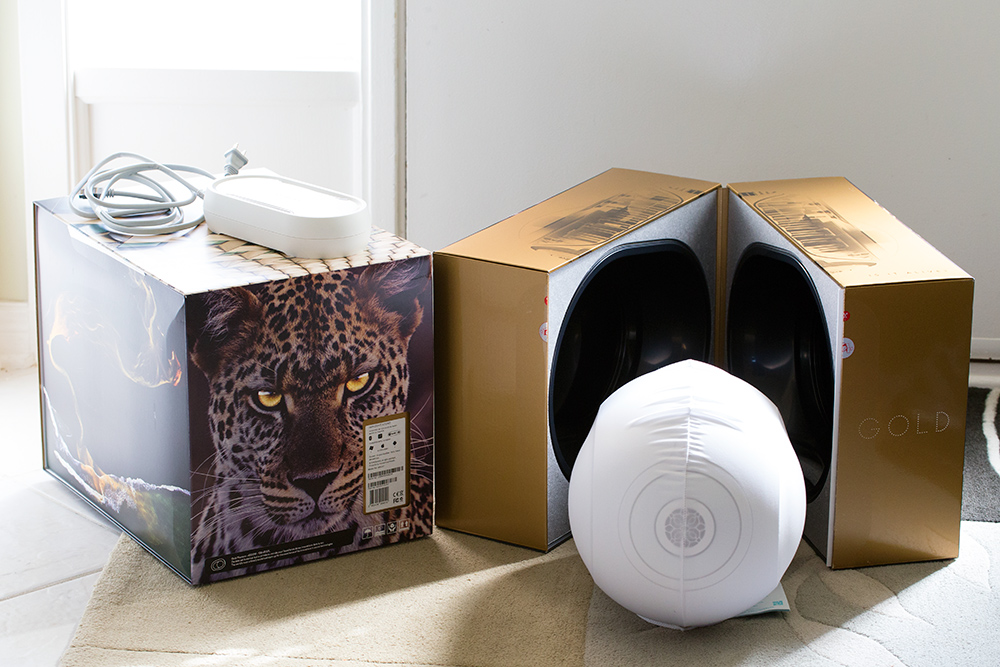 Given all I had to do before I left for Tokyo, I knew I wouldn’t have much time to play around with the Phantoms and Dialog when they first arrived here. But I wanted to at least get started, so I carefully unboxed everything, photographing the process along the way, and then took the two Gold Phantoms to my listening room. When I got them there, I placed them atop 24”-high stands that were situated near the KEF Reference 3 speakers that I’m currently reviewing. Since the power cords are permanently attached, I just had to plug them into the wall -- speaker setup done. Once plugged in, they each emitted a sound, flexed their woofers, started broadcasting wirelessly over Wi-Fi and via powerline Ethernet. Then they sat idly, presumably waiting for my next step, which was to take the Dialog to where my main router is, plug it into the wall, then connect an Ethernet cable to it and the router. Once I did that . . . nothing happened. 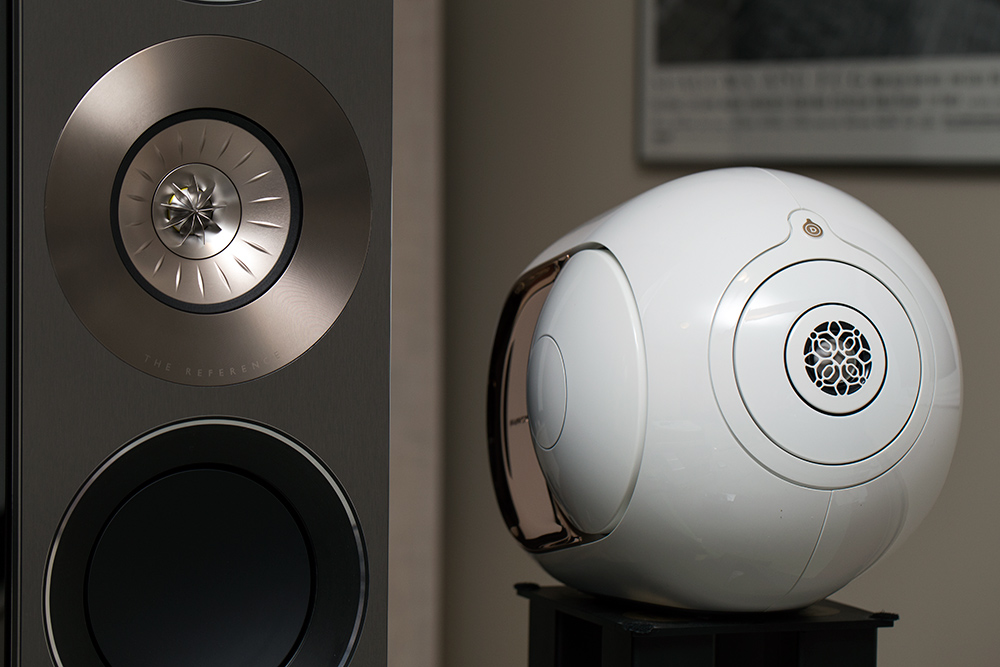 It didn’t take me long to realize that I had to figure out a way to “talk” to Dialog, which, in turn, would then communicate with the Phantoms. Immediately, I grabbed my Samsung Galaxy S5 phone, opened up Google’s Play Store, and searched for the Devialet app, which is called Spark. I downloaded Spark (it’s free), installed it, and then opened it. Spark walked me through a setup procedure, which involved having it automatically search for the Gold Phantoms I’d just plugged in. Within seconds it found both and had me assign them to be the main left and right speakers in a single room. When you make that assignment, it asks you to put a hand on each speaker in order to explicitly identify it. What’s cool is that after your hand rests there for a moment, the speaker vibrates to let you know that the connection to Dialog has been established.

After the speakers are set up, you’re almost ready to play music -- the thing is, you have to figure out how. Dialog supports Internet Radio, which is handy, but that’s not for serious listening. Instead, it’s the streaming services that really matter. Right now, Dialog supports Qobuz, Deezer, Spotify, and what’s most important to me, Tidal. All I had to do to set that up was enter my Tidal username and password, and then I was off to the races. In no time at all, music was streaming through the Phantoms at CD resolution. In the limited time I used the system (about an hour), not a single dropout occurred. Color me impressed with how quick and easy everything was to set up -- and how reliably it worked. 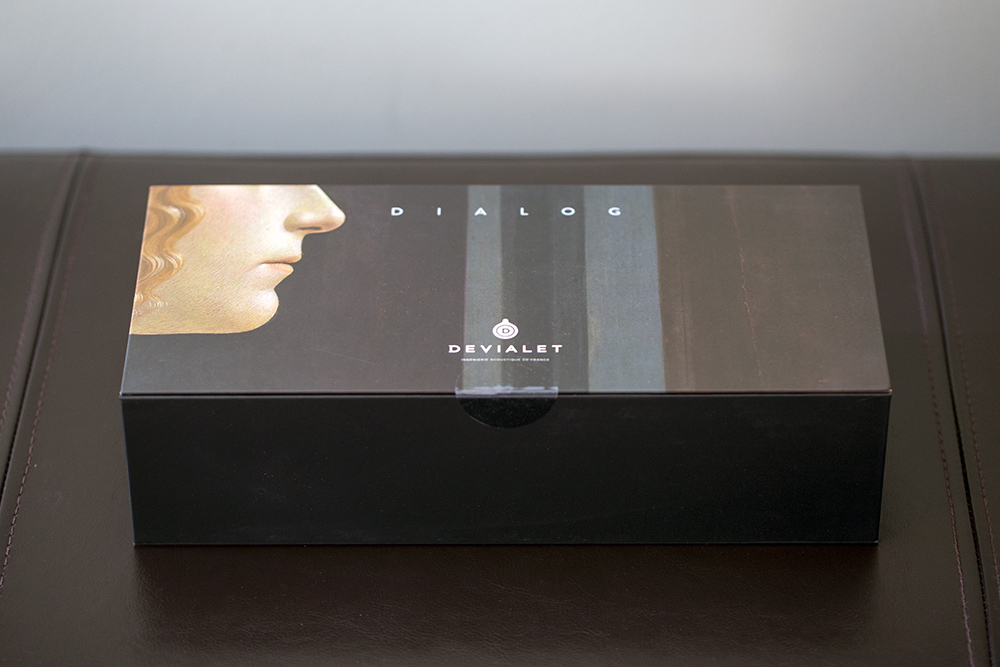 However, my next step was to try to have Dialog access my music files, which are kept on a network-attached storage (NAS) device. I couldn’t figure out how to do that just by fiddling around with Spark, so I searched online and came to a page on the Devialet website that said, “Streaming music directly from your NAS to the Devialet without a computer in between, just by selecting the file from your iPad is not yet available.” Bummer. I then learned that you have to download Devialet’s Spark software to a computer that can connect to your NAS device, and then have Spark on the computer do the talking to Dialog in order to get the music from the NAS device to the Phantoms. But since I didn’t have time to get that set up before my Tokyo trip, I had to leave all the Devialet stuff alone for the time being.

Now I’m back from Tokyo (jet-lagged as all hell, mind you), and I plan to start playing around with the entire system, including Spark on my PC. After that is all set up, I’ll formally start the Gold Phantom review, which will appear on SoundStage! Hi-Fi in the next several months. From what I can tell right now, it’s definitely going to be a very interesting review process, since Devialet’s products are like no others the world has seen -- and the Golds sound unlike any small speaker system I have heard!