Go big or go home. It’s a well-known saying in the United States that, according to answers.com, originated in Southern California as a slogan for a motorcycle exhaust system. I had no idea. I asked Mauro Grange if there was an Italian version of it, and he said no -- but he said he certainly knows what it means!

Mauro is the CEO of Sonus Faber, as well as the CEO and CMO for the Fine Sounds Group, the umbrella company that owns Sonus Faber, McIntosh, Audio Research, Sumiko Subwoofers, and Wadia. Ever since Mauro took the reins at Sonus Faber back in 2009, he’s been going big with almost everything that company produces in order to help build the brand’s exposure. The company’s headquarters are in the small and beautiful city of Vicenza, Italy.

As a result, when Sonus Faber celebrated its 30th anniversary last year, he had his designers create the limited edition Ex3ma loudspeaker (only 30 pairs were made, all numbered). He then threw a lavish party in Vicenza, where about 200 industry people attended. I was fortunate enough to be there, marveling at the entire spectacle (and wondering more than a few times what the whole thing could’ve cost). That same year he also opened a corporate office in the heart of New York City, Manhattan, and moved there from Italy himself, as did key personnel -- no going home! 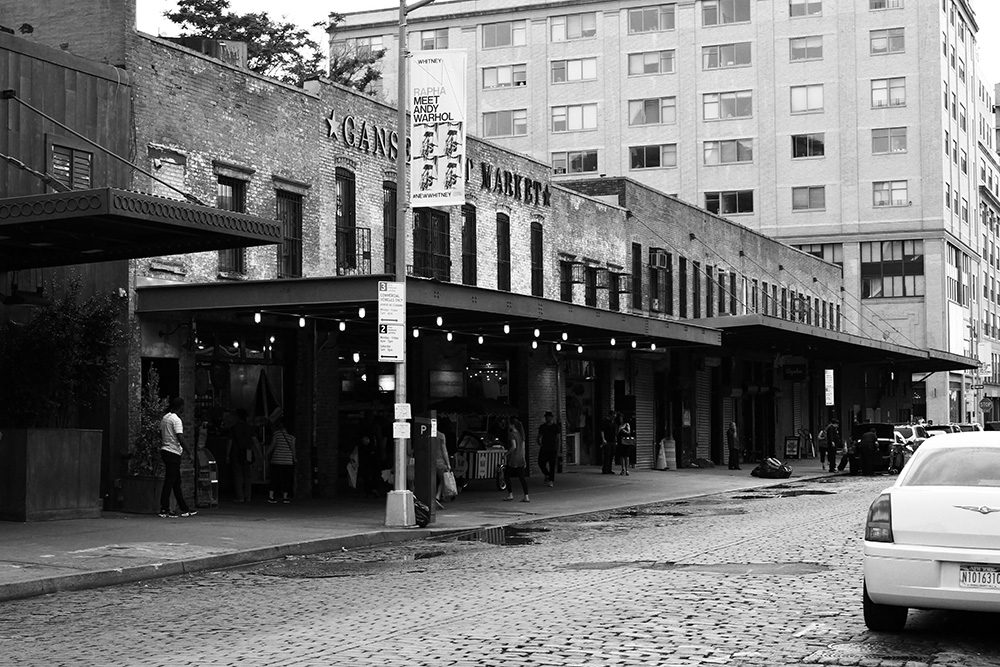 Earlier this year, Sonus Faber launched the Chameleon line of loudspeakers, and to celebrate, the company invited press of all types to NYC. Hans Wetzel went on our behalf and wrote about it for this site. Most recently, on July 8, Grange held a similar press event to introduce Pryma, a new headphone design created by the folks at Sonus Faber. This time, I attended. It took place at the same location as the Chameleon event -- a stylish spot directly above the Gansevoort Market, which is located in the trendy Meatpacking District. 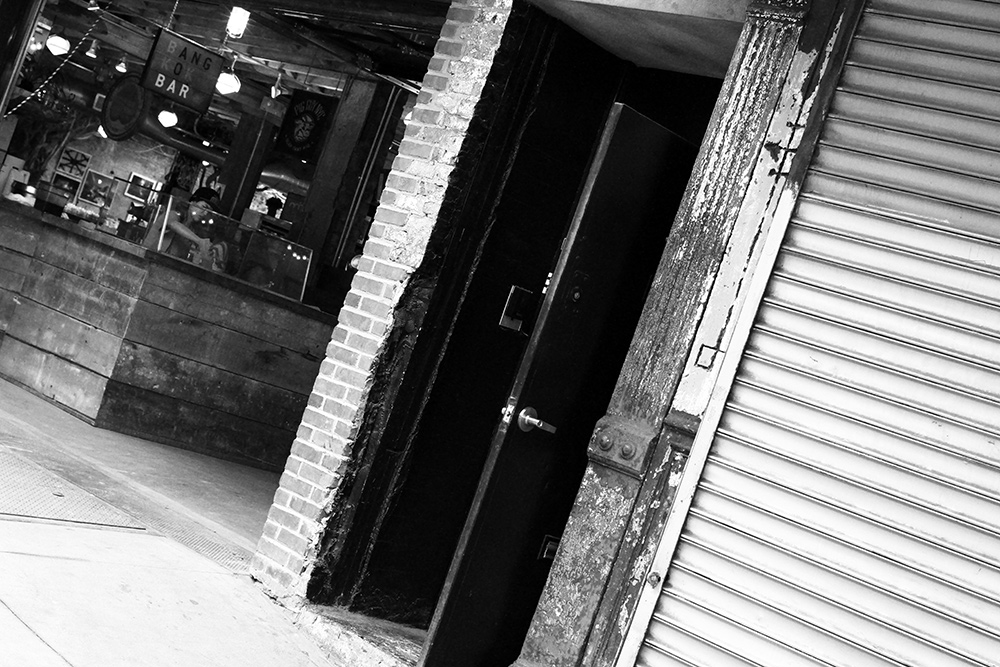 The first thing I noticed when I walked through the nondescript door and up the stairs to where the event was happening wasn’t the McIntosh electronics set up along one wall and speakers along another. Instead, what I took note of right off the bat was how few press people were attending whom I knew: none.

At first, I was surprised -- “There must be some other hi-fi guy,” I muttered to myself -- but after I looked at the headphones, which were set up around a large dining table, and then talked to Mauro, Fiore Cappelletto (Fine Sounds Group’s director of brands), and Livio Cucuzza (Fine Sounds Group’s chief industrial designer), I understood why. The company is not aiming these headphones squarely at the audiophile market; instead, they’re presenting them as audiophile-grade headphones that have luxury, lifestyle, and fashion appeal. Therefore, the folks there were from publications such as Esquire, Glamour, The Wall Street Journal, Gotham, and Manhattan, among others. 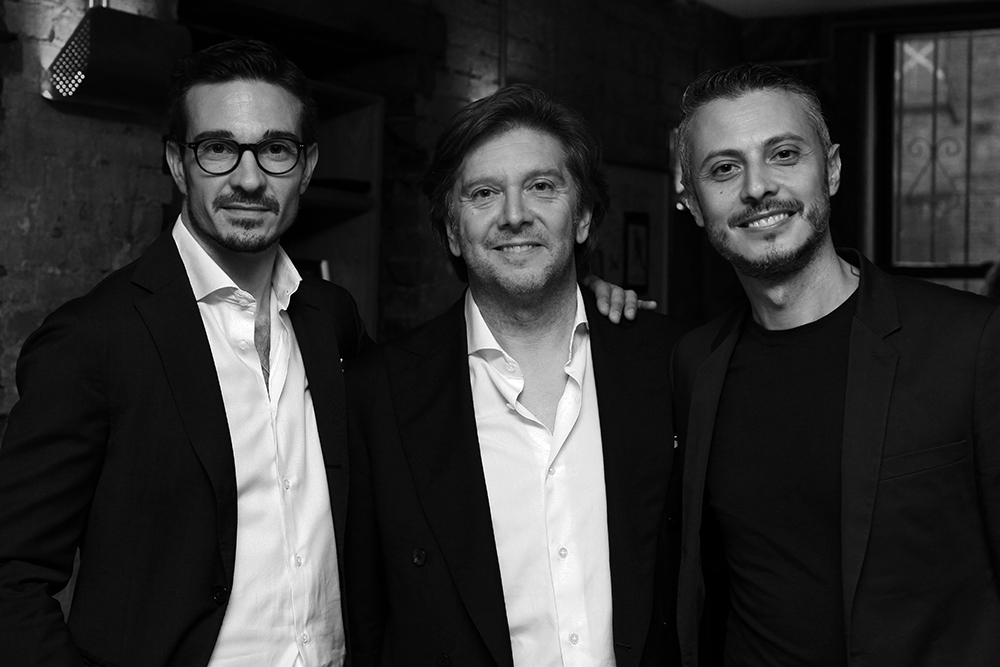 From what I could glean once the evening was over, the press people attending were impressed by what they saw and heard. And while they might not have been familiar with Fine Sounds Group before, they were after, which I think was the main goal of the whole event. Adding to the evening was DJ Chelsea Leyland, who selected the music that the attendees listened to using iPads that were also placed around the main table. 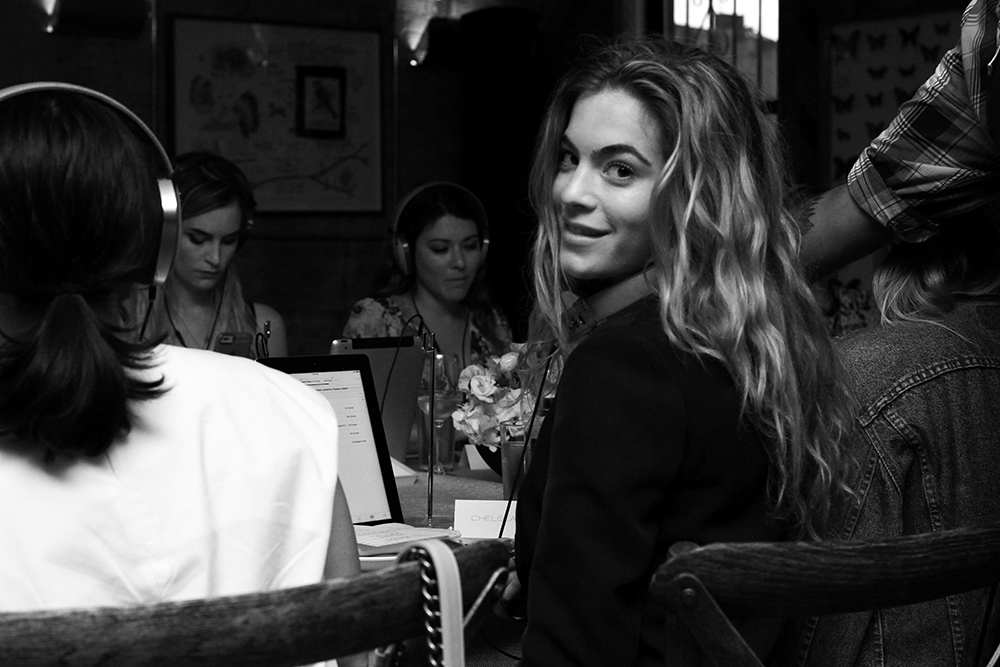 And why wouldn’t they be impressed? There is plenty to love about the Pryma headphones, for fashion folk and for audiophiles, and that has a lot to do with the way Mauro and his team operate when they set out to make a new product.

Mauro said that his mandate for the team was to make the best headphones possible, and to spare no expense on the materials or styling. He also insisted that the headphones be made in Italy at the Sonus Faber factory, therefore creating true Italian-made luxury. He also wanted them highly customizable. 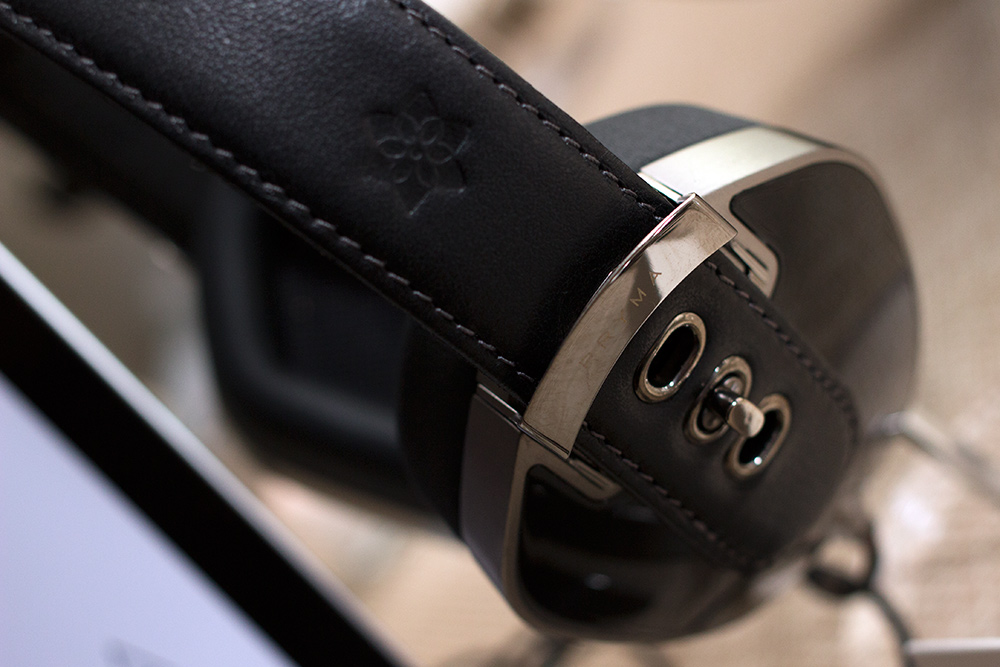 Sonus Faber’s lead acoustic designer, Paolo Tezzon, was the one who was responsible for the sound, and he chose a very high-quality driver sourced from Japan for each earpiece. The earpiece and earpad were specially made to fit very close around the ear, deliberately leaving very little extra space. The goal was to create a comfortable fit with compact dimensions. I listened briefly to the Prymas and found a relaxed and smooth midrange very similar to what I heard from the Sonus Faber Olympica III speakers, which I reviewed last year. At first I was worried that the bass might be too light, but then a Lil Wayne track came on and thundered appropriately, putting that notion to rest. Based on that quick audition, I thought they sounded really good. 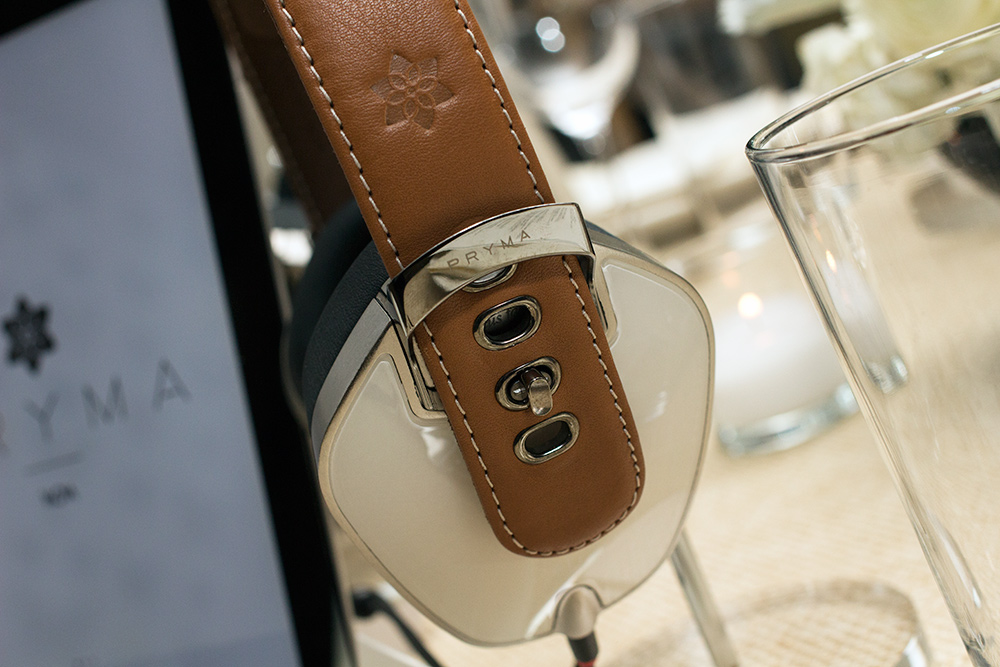 Livio went hog wild on the industrial design, using the finest leather for the headband and top-flight materials for the earpieces, resulting in headphones that look and feel substantial. He also implemented some interesting touches, such as the stainless-steel belt buckles and connectors that keep each earpiece in place while also allowing for height adjustment for a proper fit. From a more practical point of view, I liked the way the headband, earpieces, earpads, and cables come apart, which makes transport easier. That feature also makes replacement simpler if you damage a part, and it allows you to mix different parts for a look all your own. 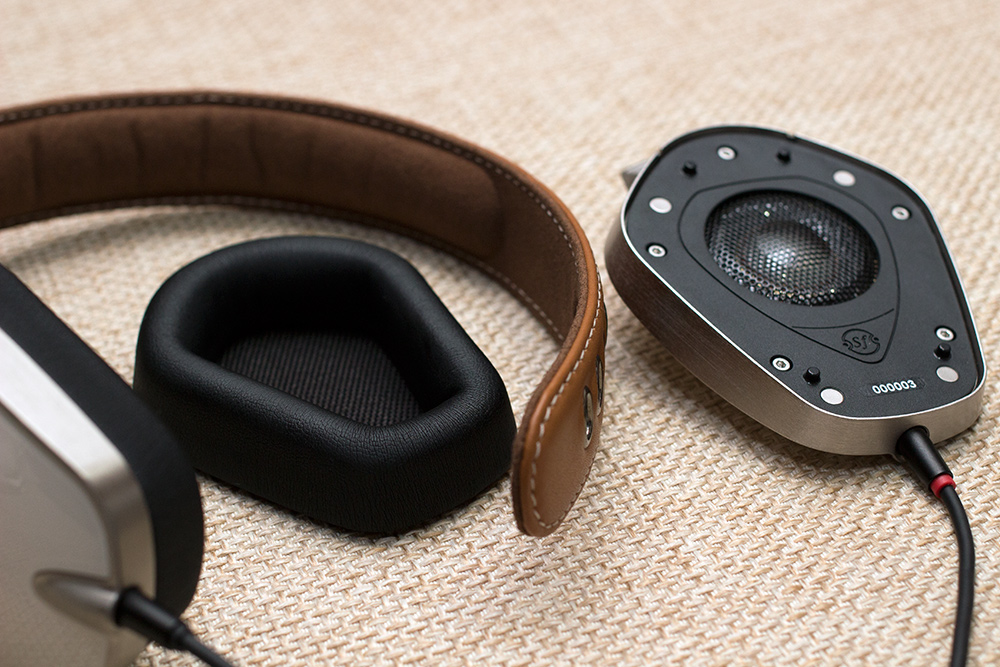 The finishes for the Pryma project are as plentiful as they are beautiful: Pure Black, Coffee & Cream, Heavy Gold, Rose Gold, and Carbon Marsala. On display were Pure Black and Coffee & Cream, which everyone liked, but the women sitting near me commented that they liked the Rose Gold that they saw in photos the best. I’m still undecided on which looks best, since they all have their strengths. That said, they’ll all retail for $450 USD when released this fall, except for Carbon Marsala, which will be priced a little higher (the exact amount has yet to be determined). Livio also told me that since customization was an important part of the design, different straps in other colors will also become available. 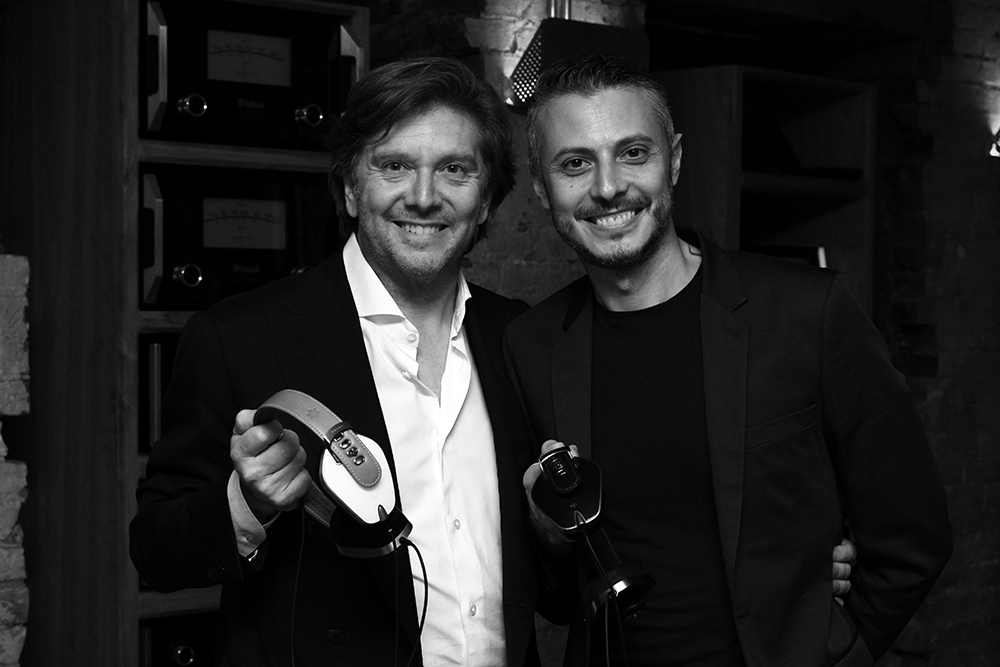 In the high-end hi-fi world, Mauro Grange’s go big or go home strategy is rare, since most companies seem content to release products with little to no fanfare at all. In fact, you often have to dig up who released what and when. So which way is right? Well, from my own experiences, I can say that given the nonstop bellyaching I hear about a lack of sales at many companies, I’d have to say it’s Mauro who is on the money by putting tremendous effort into promoting Sonus Faber, the other Fine Sounds brands, and now these Pryma headphones -- I’ve never heard him complaining. After all, in a world where there are now so many choices that consumers have with regards to what they spend their money on, it is imperative that companies make sure consumers know who they are, what they’re about, and what they make. With events like this one, as well as the ones before, it’s obvious that Mauro and his team are working hard to do just that.