If you haven't heard of Polymer Audio Research yet, don't feel too bad -- the company is fairly new. I caught wind of Polymer a few years ago, but they flew off my radar until this year when their founder, Daniel Khesin, contacted me in order to reintroduce himself. Daniel was also the founder of DK Design Group, which was most famous for the VS.1 Reference integrated amp, something I reviewed back in 2005. The VS.1 was a pretty good piece for the price, but shortly after I reviewed it he sold DK off to someone else, which is mainly why we lost contact. 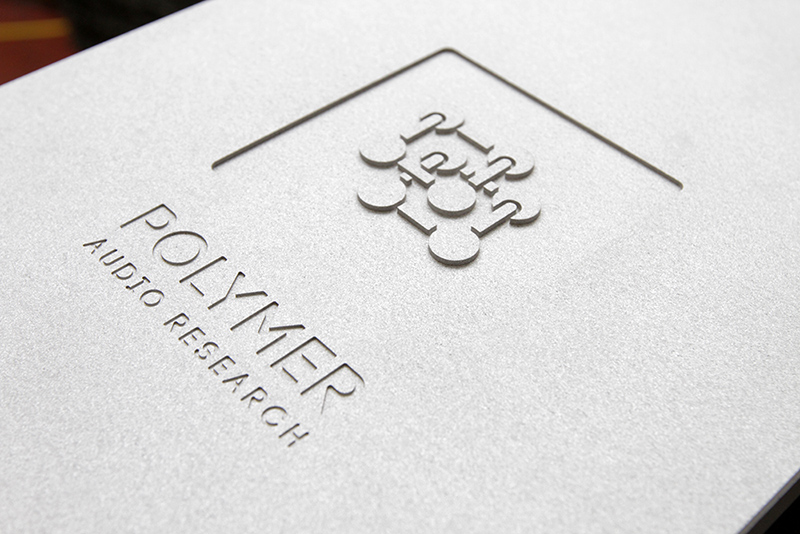 But Daniel didn't touch base to talk about amps; instead, he wanted to talk about speakers, which is what Polymer Audio Research produces. In particular, they make the MKS model, a fairly compact, attractive, four-driver, three-way floorstander with an all-metal cabinet and a mix of Accuton and Scan-Speak drivers. I found out that unlike the VS.1, its price is high -- $42,000 USD per pair! But I was interested and intrigued because the pictures of the MKS on their site made it look like quite something, particularly the way its multiple panels were put together.

That interest quickly faded, though, when I learned the speaker's weight: 275 pounds! I have little interest in products that heavy, mostly because my listening room is on the third floor of my house and it's really tough to get that kind of equipment up there. I leave that heavy, expensive stuff mainly to Jeff Fritz and Pete Roth, guys who seem to thrive on cost-no-object craziness, don't mind heavy objects, and have built a fan base among those who can afford and are willing to live with the stuff. Plus, Polymer Audio Research is in the United States and I'm in Canada -- I didn't want to deal with the shipping hassles, particularly since the speakers would have to pass through customs. Jeff and Pete live in the USA, so I politely declined the MKS and suggested that Daniel send a pair to one of them

But Daniel wanted me to review a pair, and he persevered by asking several times, so I eventually agreed to review the speakers with the following condition: that they were to arrive at my door without me having to deal with shipping, customs, or any of that. The rest I'd take care of. He simply replied with "OK." 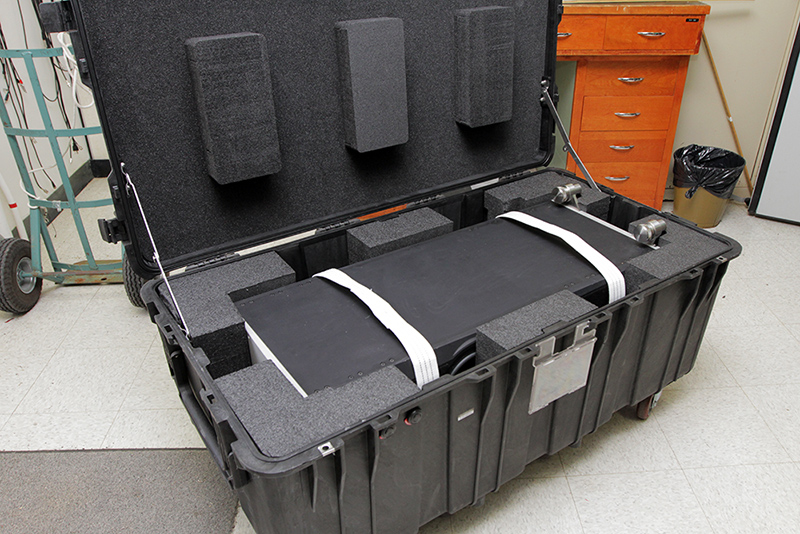 A few weeks later, two of the largest Pelican cases I have ever seen rolled out of a delivery truck and into my garage. Two days after that, another delivery truck that I'd commissioned picked up one of the cases and took it to the anechoic chamber at Canada's National Research Council so we could measure the speaker. Those same guys also lifted the speaker out of that case and put it on the chamber's platform, a process that wasn't without some risk because the platform had never supported a speaker that heavy (the heaviest speakers prior were the '80s-era Waveform and the current-era Magico S5, which both weigh about 200 pounds). Luckily, nothing came crashing down, though I'm sure if I pushed hard enough, it would have because you could tell the platform was straining to hold the MKS in place. Later that day, the same movers brought the speaker in the case back to my place. They hauled both speakers up three flights of stairs to my listening room and put them near where I'd just set up the Magico S5s, which I'd written a blog post about a few days prior. My only job was to get the S5s out of the way to make room for the MKS speakers in order to do an initial listening test with them. 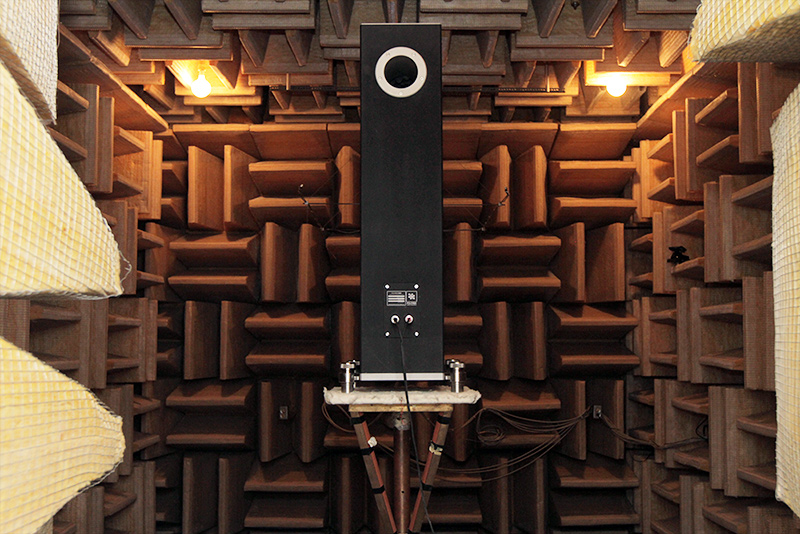 About the $2900 tweeter: it's an Accuton D20-6, which has a 3/4" diaphragm made from diamond. Yes, real diamond. Frankly, I had serious doubts as to whether or not a tweeter could cost as much as this one was purported to, so I looked up the model on Madisound.com, and I found it there at exactly that price. I couldn't find the 2" diamond-diaphragm midrange driver that the MKS uses at Madisound.com (or on any other retailer's site I know of), but word on the forums is that it costs $10,000! Obviously, the high price has mostly to do with the diamonds used, since Accuton's ceramic drivers, while still pretty expensive, are priced quite a bit lower. 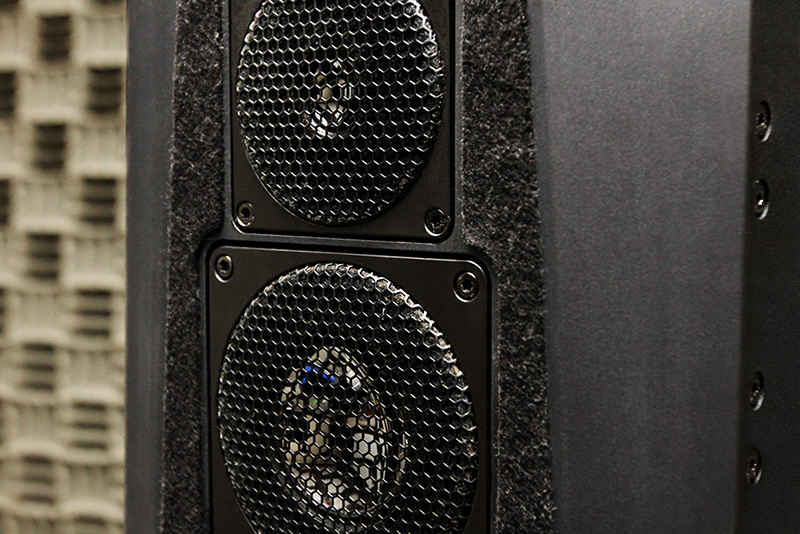 Now I don't think for a second that Polymer Audio Research pays anywhere close to $2900 or $10,000, since they're a manufacturer, not an end consumer. But without question, these are some of the most expensive off-the-shelf drivers you can buy, and the MKS is the lowest-priced speaker on the market that I can find that has them. That doesn't make the MKS some screaming deal or anywhere close to being "affordable," mind you, which is a term some reviewers use with this ultra-expensive stuff that they deem a "good deal." (I don't think that the word "affordable" should even be muttered with products that cost this much, since the only people who can afford this stuff are likely to be millionaires.) But if you look at the Accuton drivers coupled with the Scan-Speak woofers and the elaborate enclosure structure, which is the heaviest and densest I've ever seen and felt, it's easy to see where the money on the MKS has been spent -- something you can't always say about some of the high-priced stuff that's out there. In other words, the MKS costs a fortune but looks and feels the part. 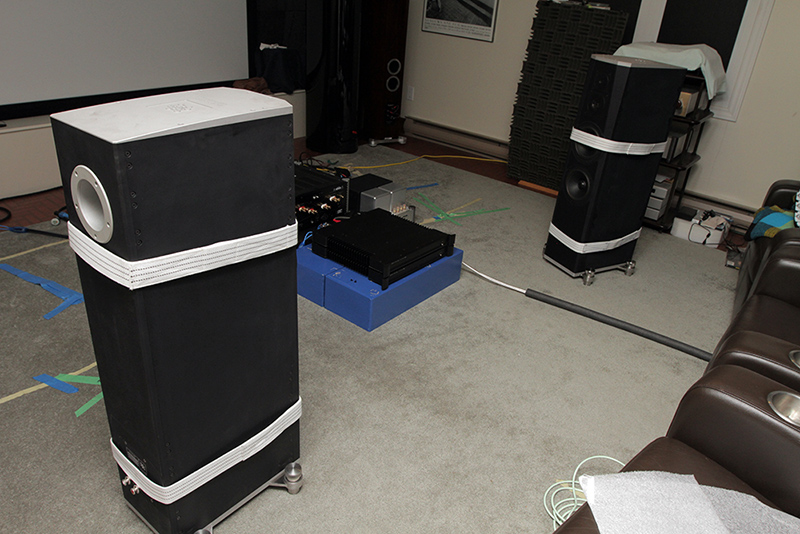 Of course, the parts, price, and weight don't mean a hill of beans if the manufacturer hasn't used proper engineering to ensure sure that the end result sounds good. So do they sound good? Well, my initial listening session indicates that they sound extremely promising, but that's all I can say right now because shortly after I did a quick listen to them, I slid the S5s back into place to prioritize them in my review queue, since they arrived here first. Look for reviews of both speakers to be published in SoundStage! Hi-Fi this fall. In the meantime, with all that weight now on the speaker end of the room, I’m praying that my floor doesn't cave in.