The Magicos Have Moved In 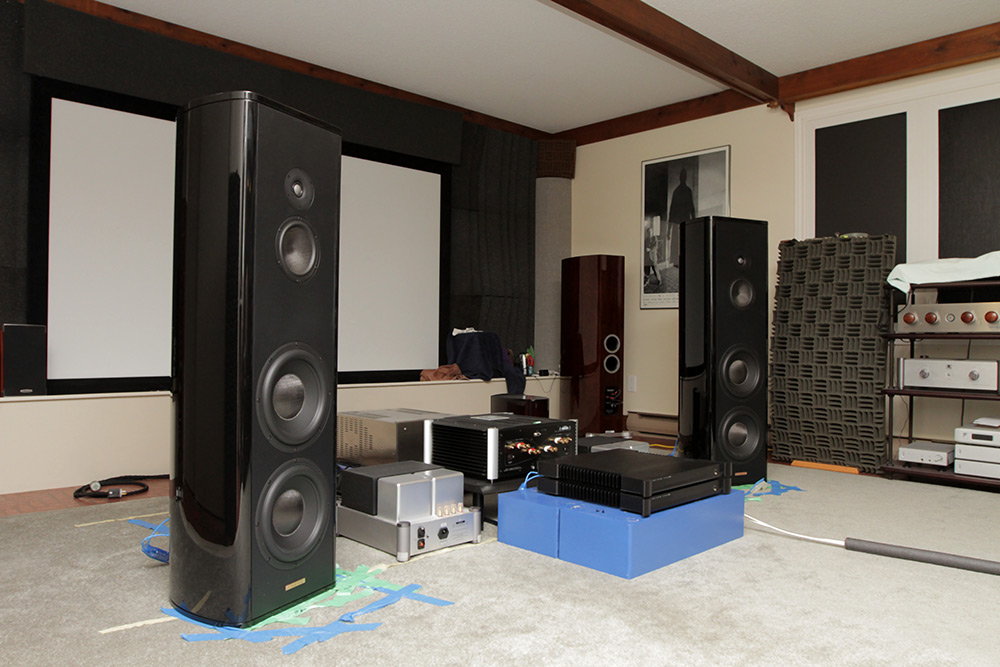 As a result, when I look around my very-large listening room, which doubles as my office, there are at least a dozen pairs of speakers, as well as half a dozen amps and a few preamps, all here for review. There isn't any shortage of DACs either, but I have only one CD player, which is further evidence that the medium's life is running out. When it comes to hi-fi gear, I'm stacked.

So it's probably pretty obvious that I've given up on my vow and am currently welcoming gear. As a result, when Magico's Alon Wolf offered to send up a pair of S5 loudspeakers, I said, "Why not?" The S5 seemed right up my alley and it had been a while since a Magico speaker has been in my listening room -- the last one was the V2, which I reviewed about four years ago. 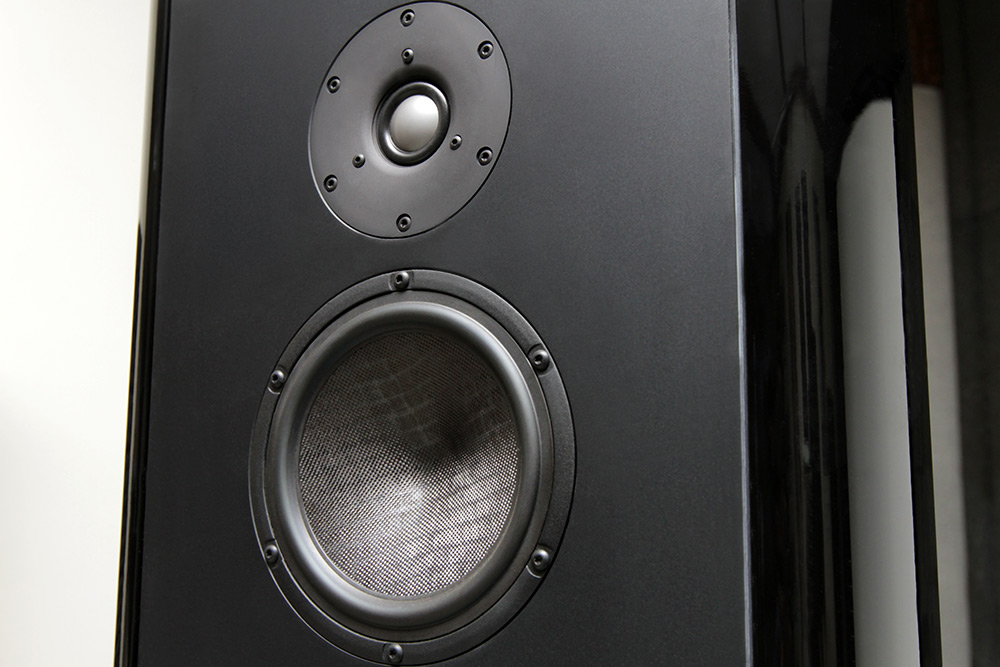 The S5 is a three-way design with a 1" tweeter, a 5" midrange, and two 10" woofers. The tweeter, which has a beryllium dome, and the midrange, which has a Nano-Tec cone, are said to be proprietary Magico designs, while the woofers are modified Scan-Speaks. The cabinet is all aluminum, which, combined with the drivers, means it's heavy: 195 pounds apiece. And the claims for it are just as heavy, as is the price: bass to 22Hz, highs to 50kHz, and nearly limitless dynamic range, all for $29,400 to $32,500 per pair, depending on the finish (a variety of colorful painted finishes are available for it, including this wicked-looking orange I saw somewhere, although the review set came in boring black). 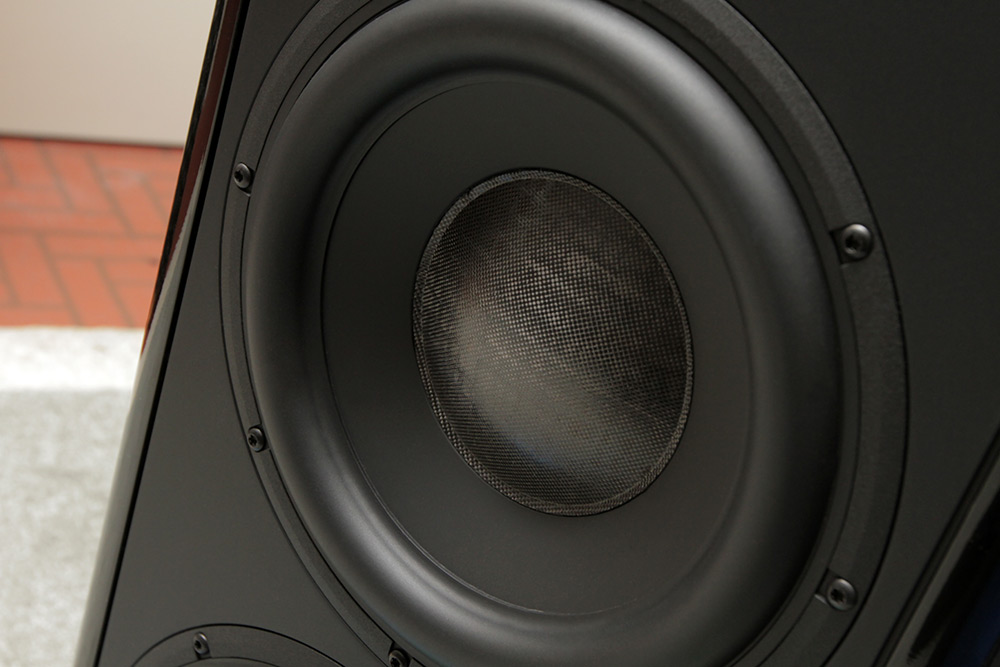 But committing to this review wasn't without some trepidation, since the speakers are so damn heavy and since I had to get them not only up to my listening room, which is on the third floor, but also to the anechoic chamber at Canada's National Research Council for measurements, which is a few kilometers away. I wasn't going to be able to carry them, and they sure wouldn't fit into my Honda CR-V, so the solution was to use movers. And I'm certainly glad I did -- the sheer weight of each S5, combined with the round-backed cabinet, made the lifting so difficult that the two movers, despite being experienced, were each dripping in sweat by the end of it all. (Contributing to their difficultly was the fact that they knew the speakers' cost, so they were being extra careful.) Had I tried to do it with a friend, there's a good chance I might be writing an article about being in the hospital right now. 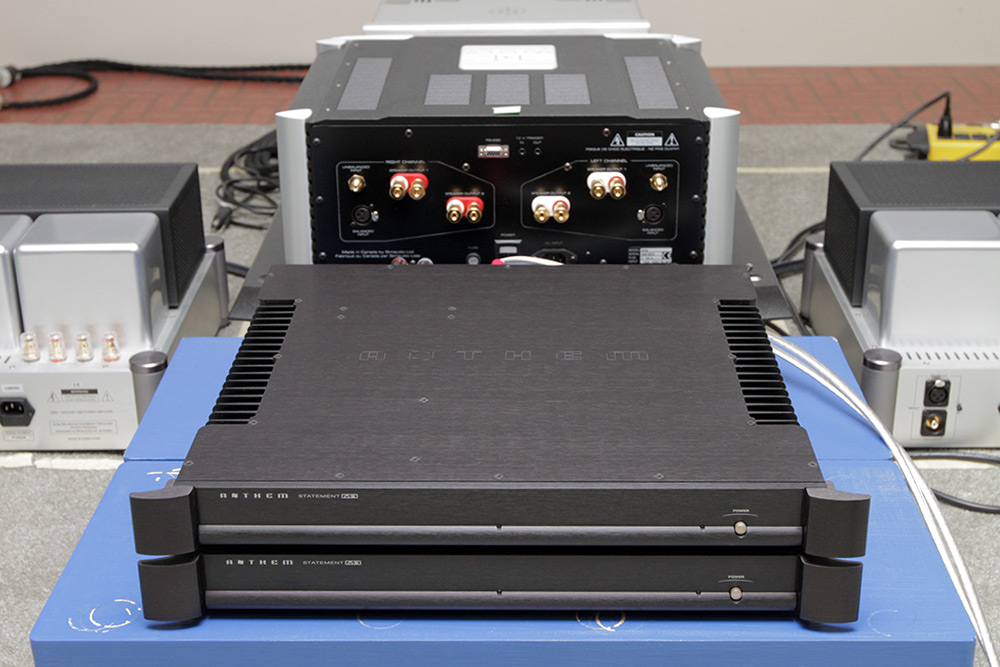 Now that the movers have done their part, though, I have to deal with the S5s for my review. As the accompanying pictures show, I'm stacked with amps, but I'm using only the Simaudio Moon Evolution 870A stereo amp, which is rated at 300Wpc into 8 ohms (behind with rear panel showing), and the Anthem Statement M1 mono amps, which are rated to deliver an incredible 1000W into 8 ohms (front), for this review, since these speakers, like all Magicos, need some serious power to really sing. Lower-powered stuff is simply out of the question. Look for the full review to be published on SoundStage! Hi-Fi this fall, along with many other reviews from me as I work through this wickedly deep review queue.