Not that many people know how to throw a great party, and likewise, not many companies know how to make a great trade-show exhibit. Most of the booths and displays I saw at CEDIA Expo 2011 were dark, drab, and really ho-hum, but two really stood out this time: KEF and Digital Projection, for quite different reasons.

The lighting in the exhibit hall was fairly dim, and when I walked into a dark display, which was what most companies had, I found it not only difficult to see the products but also depressing as hell -- it felt like being in the dead of winter. I couldn't help wondering why most exhibitors don't realize this. 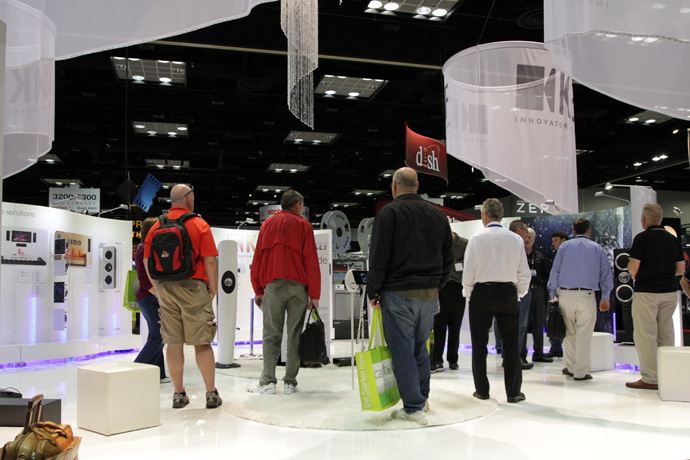 British-based KEF's bright, white booth was in complete contrast to all the dark, ugly ones. The booth showcased their gorgeous-looking products splendidly, and it was uplifting to the point that attendees actually wanted to hang around for some time, something that rarely happens in an exhibit. We've singled out KEF as an innovative speaker maker time and again, and now we give kudos to their trade-show team for enhancing their products with such a beautiful booth. 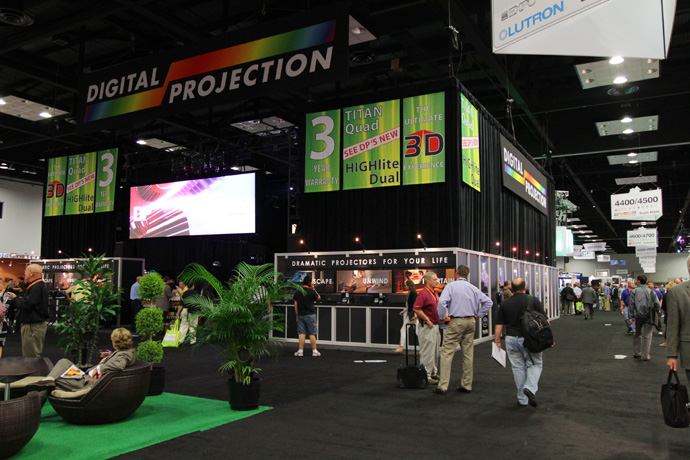 Eye-catching exterior beauty wasn't the reason I liked Digital Projection's display so much; instead, I liked what was inside. 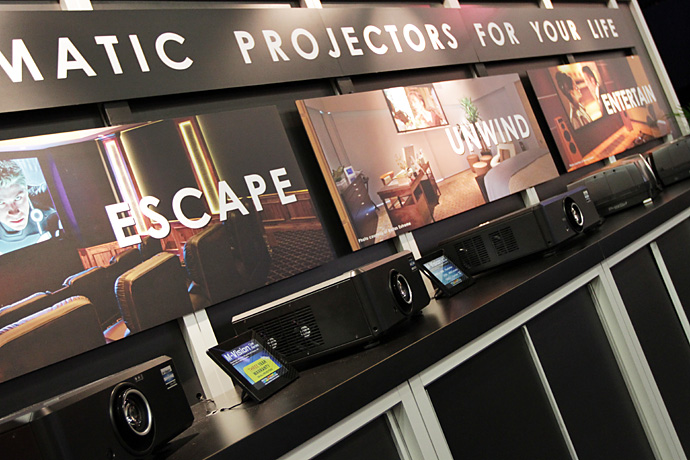 Digital Projection is a British company that makes DLP-based projectors of all shapes and sizes for consumer and professional use. Inside their massive display they had . . . 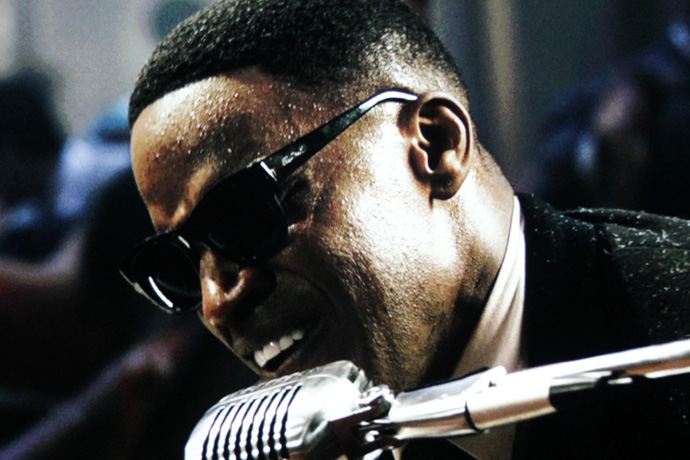 . . . multiple rooms showcasing their different projector technologies. The projectors were always perfectly calibrated, resulting in a screen image that was almost always spectacular. Most of the rooms contained plenty of comfortable chairs, and they were often playing very interesting and entertaining movie clips. Since I'm so into movies, it was like stepping into heaven.

Like the KEF exhibit, DP's big booth was a place that you wanted to hang out at for a long, long time -- which I did quite a few times -- and that's a sure sign of a great trade-show display. Perhaps for next year the many other companies with the dark, drab exhibits will learn how to spruce up their displays the way these two British companies did. I bet they know how to party, too.