Don't ask me why, but I wasn't expecting much from Joseph Audio's new Perspective loudspeaker when I first went into their room. Frankly, I can't put my finger on why I felt that way. I'll cut to the chase, though, and tell you that it blew me away. The Perspective is a two-and-a-half-way design that will sell for $11,800 per pair when it becomes available in June. The Perspective's parts quality is extremely high and the technology borrows from the company's flagship Pearl2 design.

Joseph Audio is headed up by Jeff Joseph, who's been designing high-quality loudspeakers for well over a decade. I knew that already, so none of what I heard should have really been all that surprising. After all, you should get pretty darn good at things like loudspeaker design after that long of a time, and from what I heard during my 20-minute listening session, Jeff has. 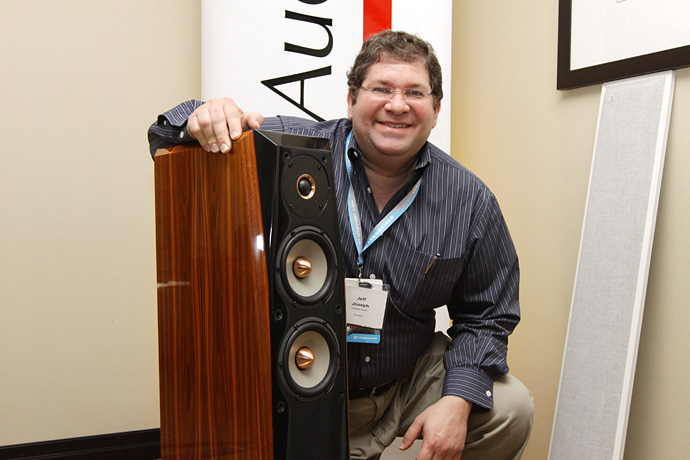 There wasn't just one thing that impressed me about the sound; it was a number of things. First off, the soundstaging was incredible -- the performers were thoroughly detached from the speakers with the images just hanging in space with weight and dimensionality, and the depth of stage was uncanny. You rarely get that kind of soundstage spread, imaging precision, and presence in hotel-room-type setups. That stuff usually takes hours of setup time to achieve in your own listening room. Then again, as I said, Joseph has been at this a long time and obviously knows his stuff.

Then there was the bass, which was very deep and rich but never overblown. That, too, you rarely get in these rushed setups -- most times the bass is way too light or way too boomy. Finally, the midband was marvelously textured and detailed, making voices sound exceedingly natural and real. The top end was super sweet. Those qualities undoubtedly have a lot to do with the high-quality drivers used and the careful tweaking Joseph does in his crossover work.

I was so floored by the sound that I asked Jeff why the speakers weren't available right now, since they seemed ready. He replied, "I want to work on it some more and get it just right." Frankly, the Perspective sounded more than ready for market in Montreal, so if it sounds better than this in June, it will surely be a speaker that should be on the shopping list of anyone who's looking for a high-quality, compact floorstander that'll knock your socks off. It did mine. 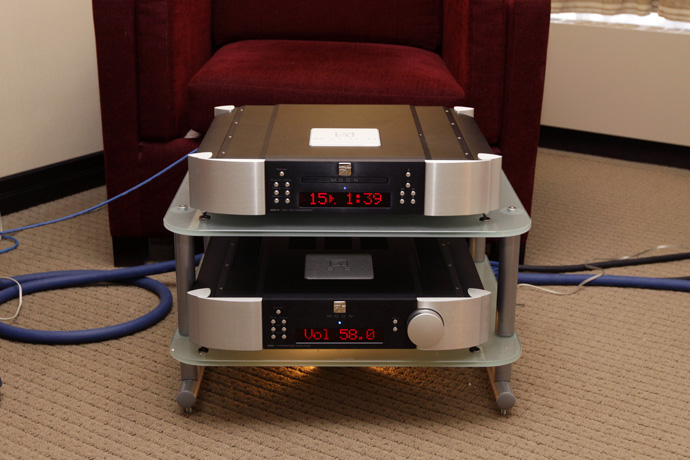 Of course, the Perspectives weren't alone in this room. The electronics included Simaudio's Moon Evolution 600i integrated amplifier and Moon Evolution 650D DAC/transport, which sell for $8000 apiece. Philip Beaudette reviewed the 600i on SoundStage! Hi-Fi last October, and I have a review of the 650D coming on the same site soon. These are top-quality devices. Jeff was playing music files from his MacBook Pro, which seems to be the preferred way to go these days. The interconnects and speaker cables were Cardas Clear, but I didn't catch what the power cords were.

Of all the rooms I've heard at Salon Son & Image 2011 so far, Joseph Audio's is the best. Perhaps in the coming days I'll hear something I like more, but for right now it's safe to say that Joseph Audio's Perspective changed my own perspective of what this US-based company is about.