With increasing focus on digital technology, headphones, and compact systems, traditional amps and preamps don’t seem as prominent at hi-fi shows as they once were. Still, as I walked the halls and show floor of T.H.E. Show Newport 2016, held at the Hotel Irvine in Irvine, California, I did find a few new amps and preamps that caught my eyes and ears. Actually, they’re new in one sense and old in another, because four of the six components are tube-based. Products below are presented in alphabetical order by brand, with all prices in USD. 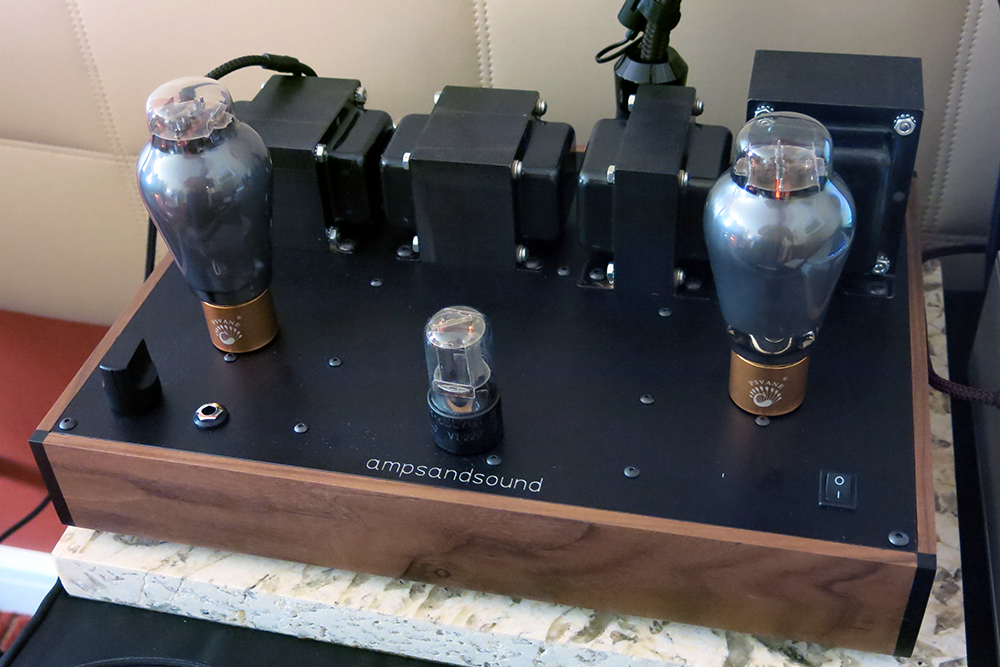 The focus of Ampsandsound is -- you guessed it -- amps. Specifically, single-ended tube amps that can be used either with headphones or with high-sensitivity speakers. The top-of-the-line $3600 Agartha uses one 300B tube per channel to deliver a rated 1.5Wpc into 32 ohms (i.e., headphones) or 5Wpc into 8 ohms (i.e., speakers). Technically, it’s an integrated amp because it can take signals straight from sources and has a volume control, but it has only one input. 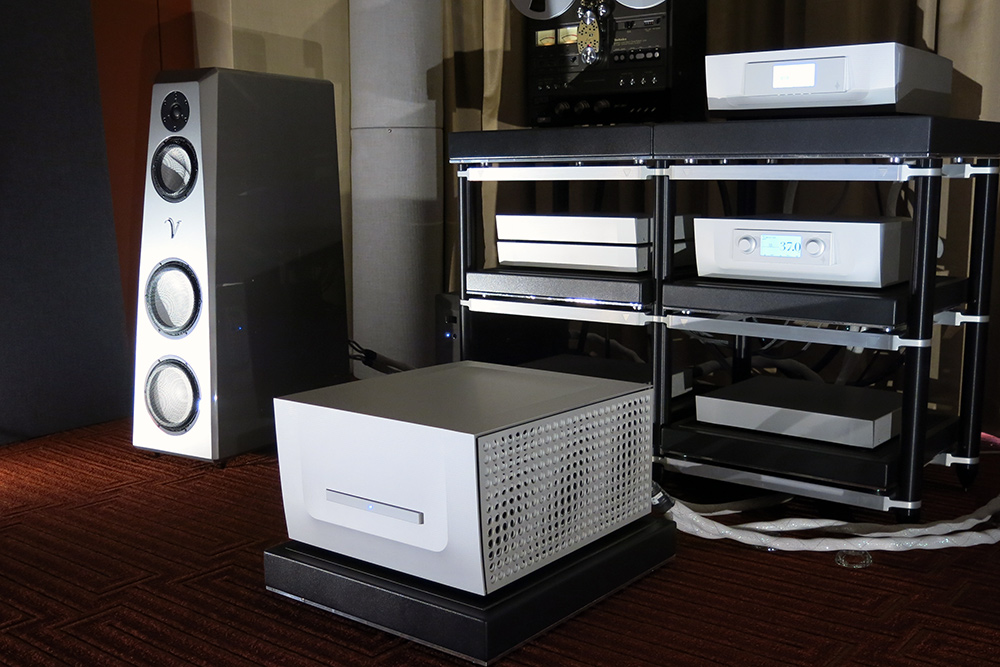 Constellation Audio’s Centaur II amp looks almost just like the original Centaur, but is substantially different inside. Power-supply storage capacitance has been tripled to 180,000 microfarads. Larger heatsinks have also been added, allowing the bias to be raised by 25 percent, which means the amp spends more time running in class A. The one you see here is only the second stereo unit the company has produced, and it retails for $40,000. Power is rated at 250Wpc into 8 ohms, and a 500W monoblock is also available for $80,000 per pair. At Newport, the Centaur II powered a $60,000 pair of Von Schweikert Audio VR-55 speakers; the amp’s sitting on a Critical Mass isolation base. 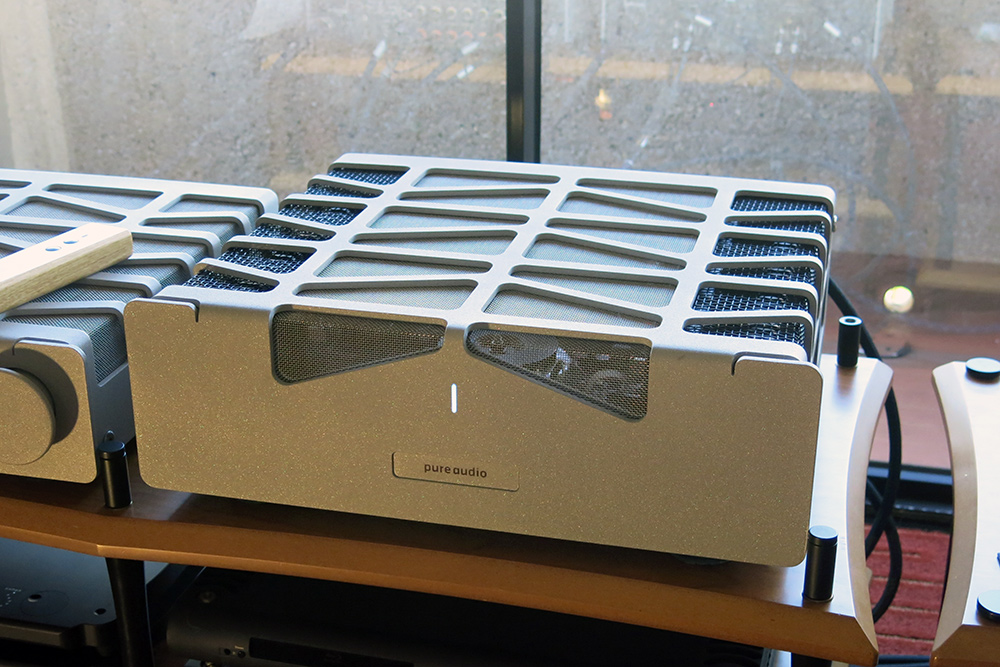 Pureaudio’s $9500 Duo is a 100Wpc class-AB stereo amp with two bias levels; it can run in class-A mode up to 25Wpc or 50Wpc, depending on how much heat you want to generate and how much electricity you want to consume. It’s a fully dual-mono design with two toroidal transformers and four separate banks of storage capacitors. The top, sides, and front are folded from a single sheet of aluminum; the aluminum pieces from the ventilation cutouts are put to use as heatsink fins. 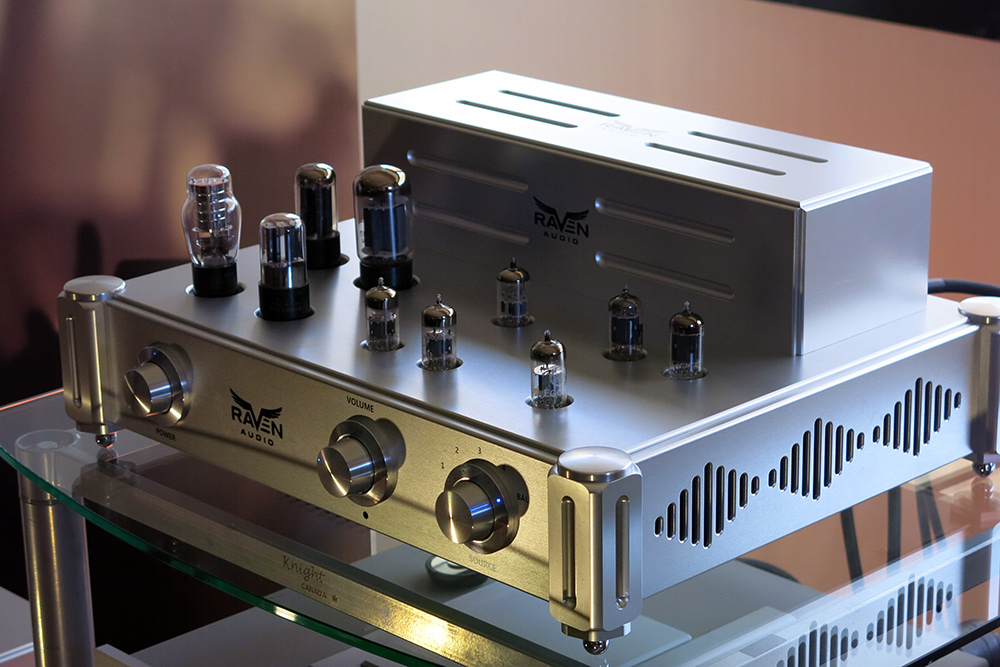 Why does the $15,995 Silhouette MK2 preamp from Raven Audio have so many differently shaped tubes on its left side? Because the advanced power supply is executed entirely with tubes. It uses a tube rectifier, a couple more tubes for voltage regulation, and a fourth tube to drive its automatic bias circuitry. It incorporates a moving-magnet phono stage (the company suggests using step-up transformer for MC cartridges), and offers balanced and unbalanced inputs and outputs. 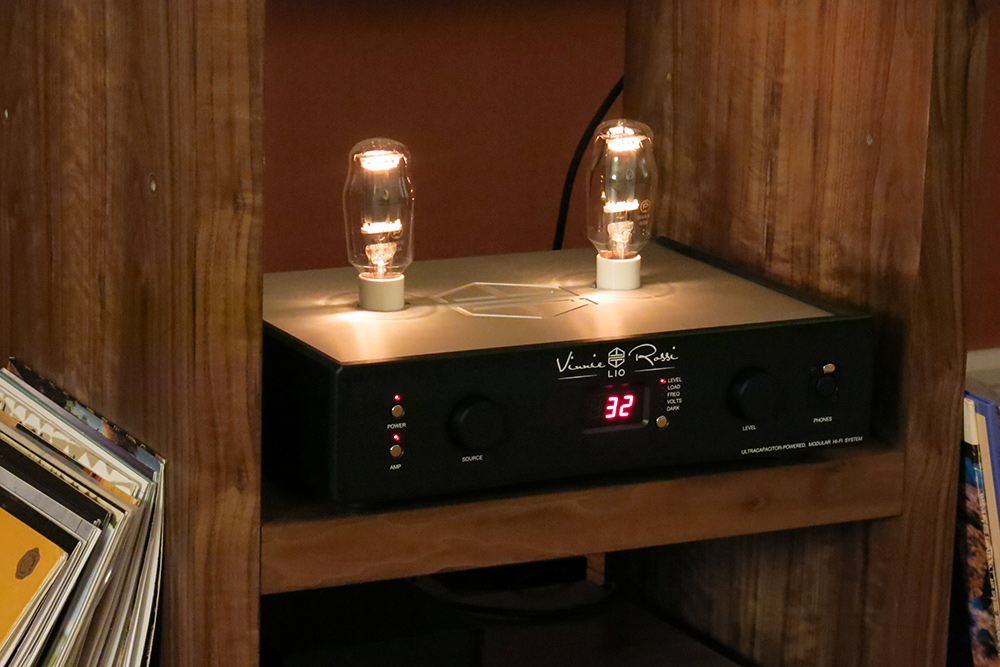 Vinnie Rossi specializes in audio electronics powered by ultracapacitors, which are sort of like rechargeable batteries except that they charge much faster. This design eliminates concerns about noise and power fluctuations in the incoming AC voltage. The LIO DHT PRE is the company’s first tube-based component. It can use a variety of tubes, including 2A3s and 300Bs. The design employs no output transformers and uses zero feedback. The model shown at Newport incorporates a three-input phono stage, a DSD/PCM DAC and three line inputs, and lists for $10,470. 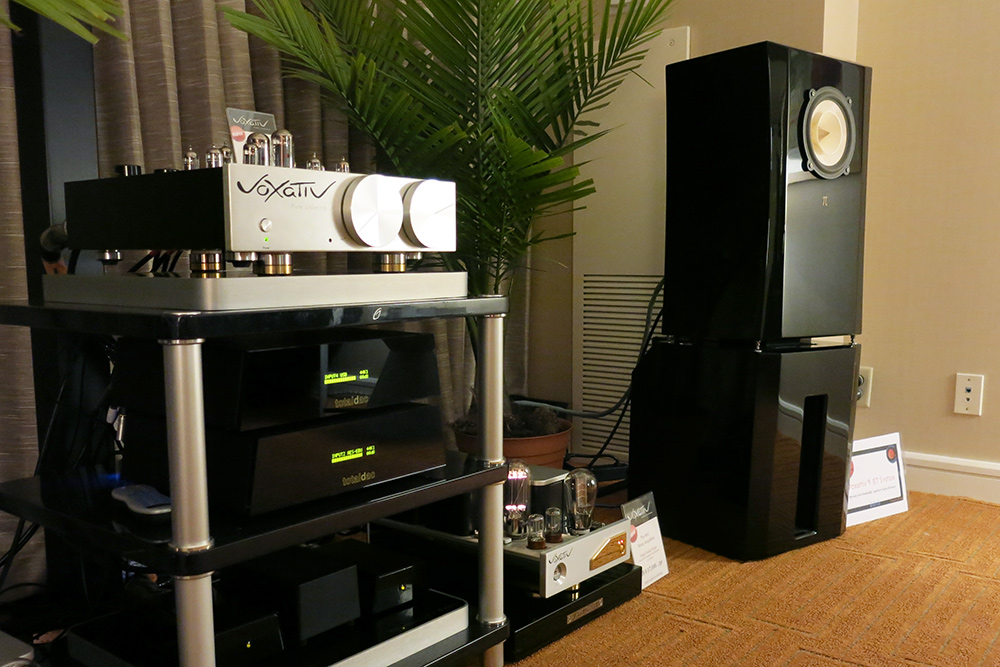 Voxativ has added electronics to its line of full-range-driver-based speakers. Suiting the speakers’ old-school design, the electronics are tube-based. At Newport, the company showed the $11,900 Ampeggio preamp and the $17,500-per-pair 845 Mono amps. The speaker you see here is the new 9.87, which costs $34,900 per pair and adds a subwoofer base to each of the speakers that uses dual 12” drivers.