I've already filed reports on the most interesting headphones, headphone amps, and speakers I saw last week at T.H.E. Show Newport Beach, Southern California's biggest consumer audio show. This report will cover audio electronics. As with speakers and headphones, there weren't a whole lot of new audio electronics displayed at this regional show, but there were a few, and there were also some that saw their first North American public demonstrations here.

My reviewing focus is on transducers (i.e., headphones and speakers), so my report below is far from comprehensive. My apologies to any manufacturers whose new products I missed or had to omit.

The products below are presented in alphabetical order, with all prices in US dollars. 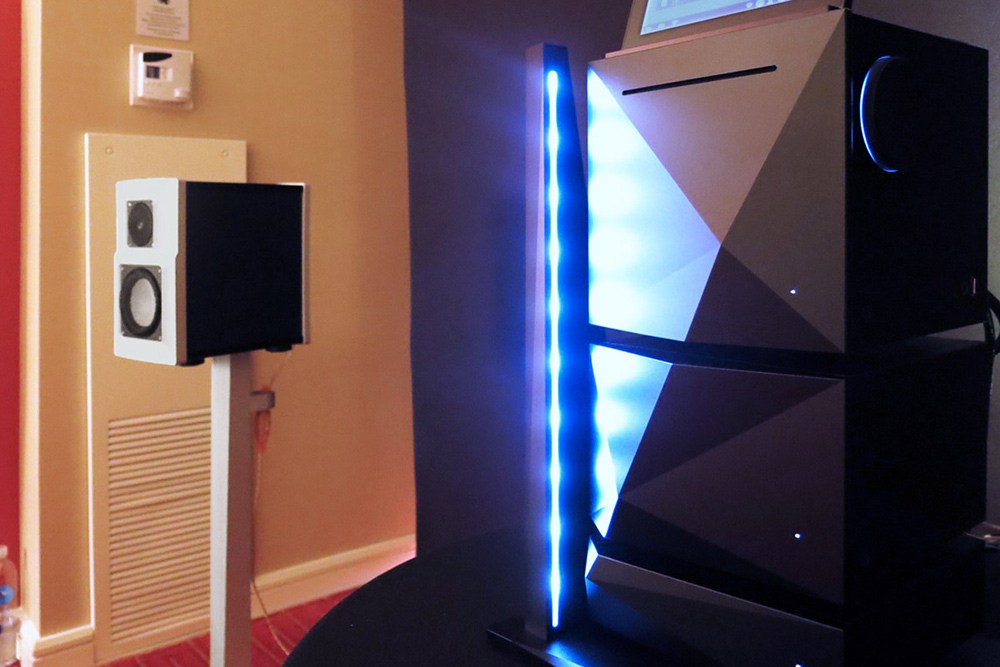 I've already covered Astell&Kern's new portable audio players, but the company is also branching out into stay-at-home gear. The striking media system you see here incorporates the AK500N media server, the AK500A amplifier, and a power supply. The non-detachable touchscreen on top controls the system. The server includes a 1TB hard drive and can be expanded to 4TB; it also streams from networked drives via DLNA. The server runs on battery power for the cleanest possible sound, and automatically switches to AC and recharges itself when battery power reaches ten percent. It does 24/192 PCM and double-rate DSD, and includes several digital inputs. A slot up near the top allows easy ripping from CDs. The server starts at $12,000, and with the amp, power supply, and stand it starts at $20,000. The $25,000/pair Castor speaker in the background is also from Astell&Kern, and it's designed and manufactured by Metal Sound Design, based in South Korea. 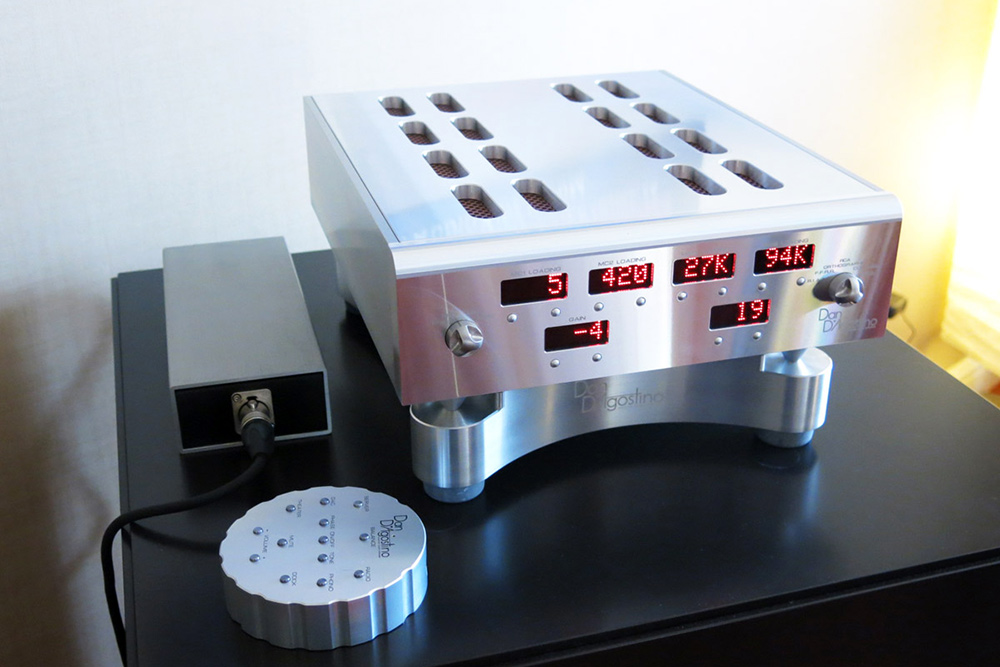 The Momentum phono stage is a way-over-the-top, $28,000 phono preamp designed to complement Dan D'Agostino Master Audio Systems' Momentum line-stage preamp (or whatever other preamp you want to use with it). It has an unusual double-stage power supply, with a main transformer isolated in a box that sits on the floor, and the rectification, regulation, and storage components housed in a machined aluminum chassis/stand that sits under the main chassis. Front push buttons with large LED readouts allow adjustment of record EQ curve and resistive loading, plus capacitive loading for MM cartridges. 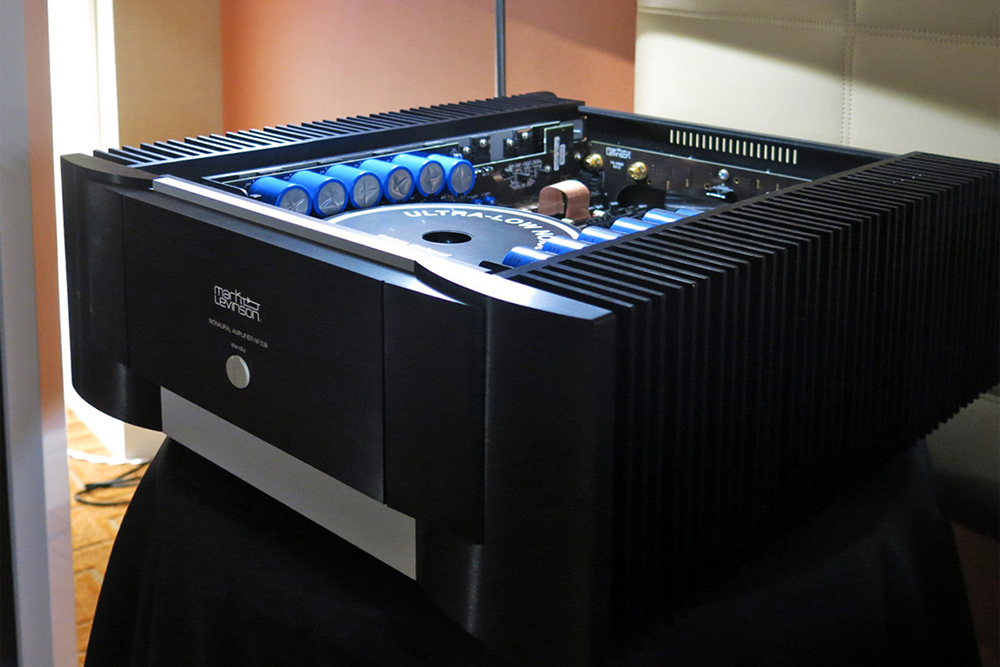 The $15,000-each No.536 monoblock is the new top-of-the-line of Mark Levinson's traditional class-AB amplifiers, and might be considered something of a return to form for one of the companies best known for high-powered solid-state amps. Each No.536 delivers 400W into 8 ohms or 800W into 4 ohms. Parent company Harman International demoed the new amp driving Revel's flagship Ultima2 Salon2 tower speakers, and the sound was, as one might expect, robust, pristine, and powerful. It's still a pre-production sample, though; the new amp actually ships in September. 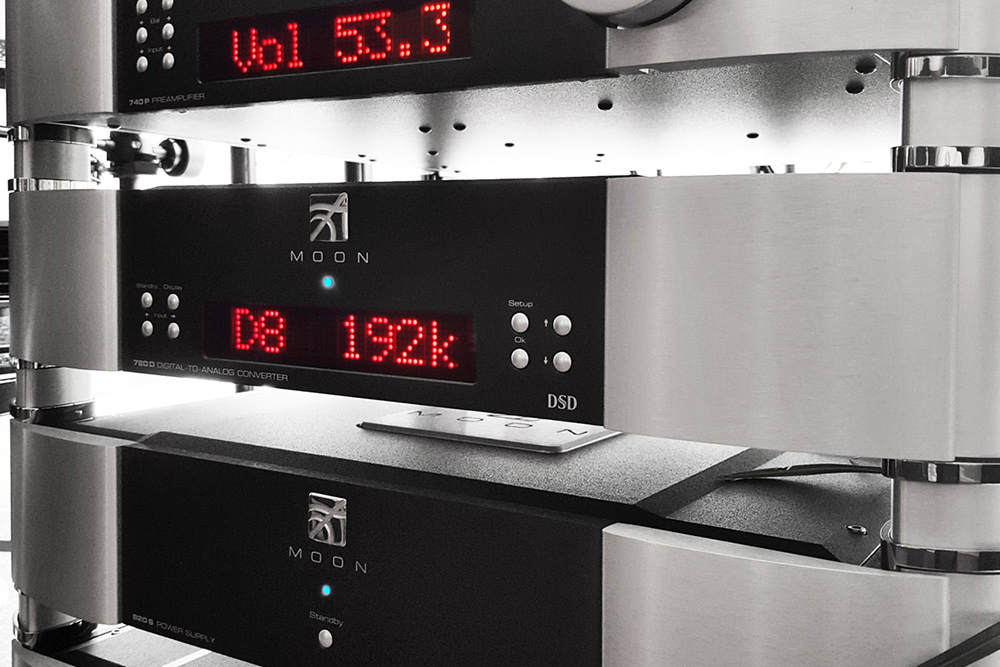 Simaudio's new Moon Evolution 780D is what I'd call a true reference DAC -- and not just from the standpoint of audio quality. Besides 32/384 PCM and quad-rate DSD capability, it features Bluetooth capability, and it can also stream from networked computers and hard drives through Wi-Fi. According to Simaudio, the $15,000 780D (the middle component in the photo) employs true dual-mono, fully differential (i.e., balanced) circuitry for maximum channel separation and minimum noise. 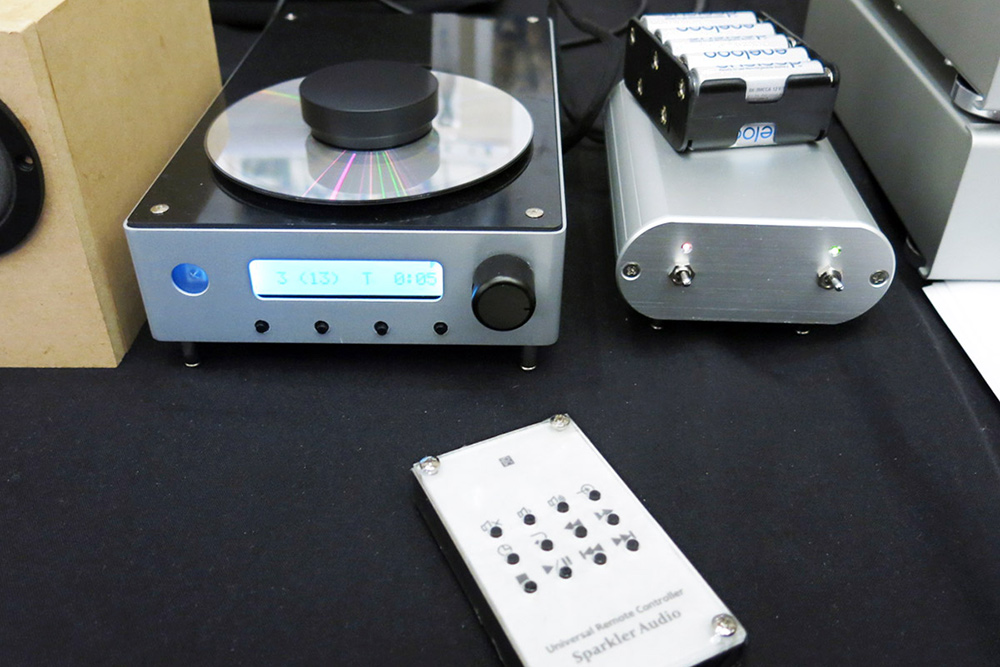 Compared to most CD players, VKMusic's $1150 Sparkler S303 has a charming DIY vibe. The DAC section is powered by a DC supply or with a 10-AA battery pack. The TEAC CD drive puts the disc right out in the open, with a non-magnetic clamp and good old gravity holding the disc in place. The transport feeds an old-school, non-oversampling Philips 16-bit DAC. The knob on the front adjusts tracking, and a remote control is included. 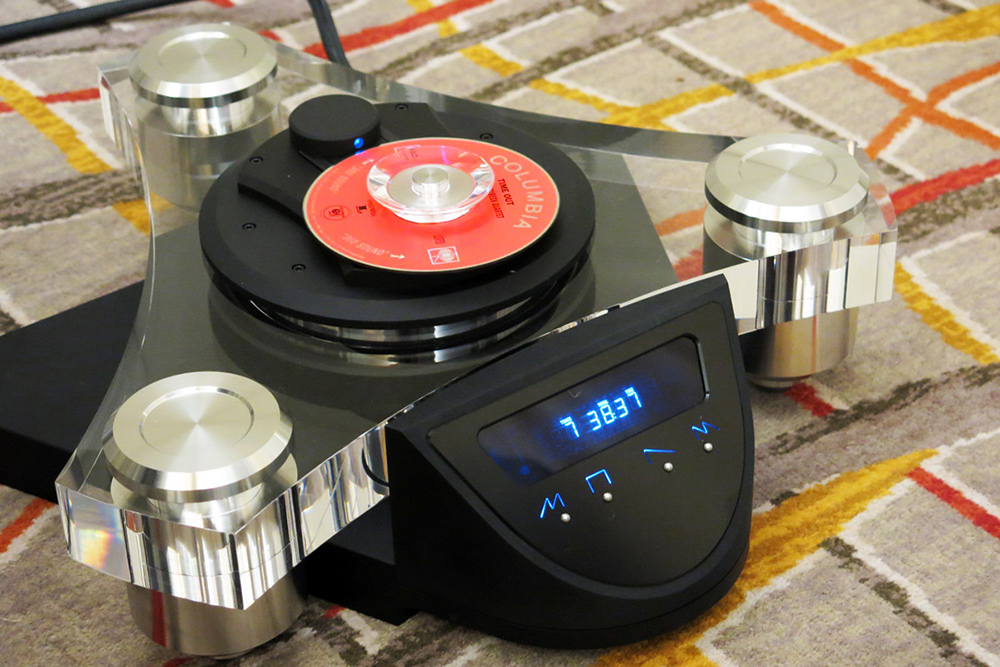 In these days when it seems everyone's putting their CDs in the closet and storing all their music on hard drives and computers, new CD players are rare -- especially true cost-no-object models such as Metronome Technologie's Calypso CD transport, which is being distributed by Tweak Studio. While the CD spins free out in the open, the entire player sits on a colossally overbuilt suspension. The transport is projected to retail for $30,000, and the accompanying Elektra power supply (which can also power the company's DAC and other components) retails for $6500. This is the first one in the US, and you're seeing it just minutes after it was first powered up.