Here’s the fourth and last segment of my coverage of the 2019 Rocky Mountain Audio Fest, which took place from September 5 to 8 at the Gaylord Rockies Resort & Convention Center, located near the Denver International Airport. This column finishes off my headphone-related coverage with headphone amps, accessories, and one more set of headphones, all of which I found in the large ballroom that hosted the HeadSpace headphone section of RMAF. All prices in USD. 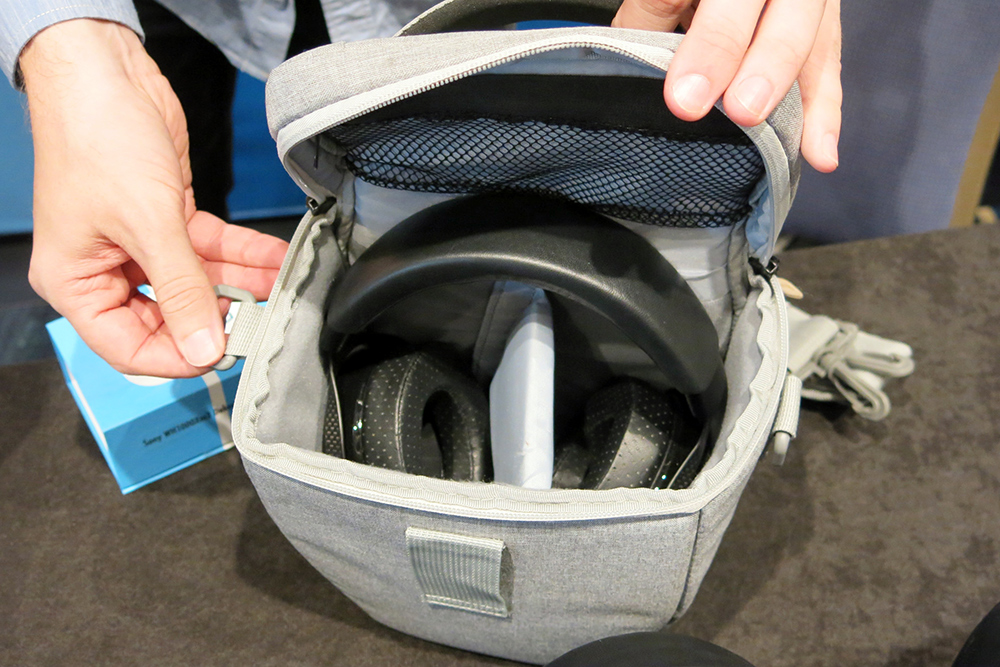 Dekoni Audio used the 2019 RMAF to debut its new headphone case -- a fantastic idea, considering that most large headphones don’t include one. According to Dekoni’s Everett Manns, the case will fit even the largest headphones from HiFiMan, such as the HE1000 V2s. It appears to be a modified version of a camera case, complete with moveable, Velcro-secured foam inserts. No name has been chosen for the case, but the price will be $39.99. 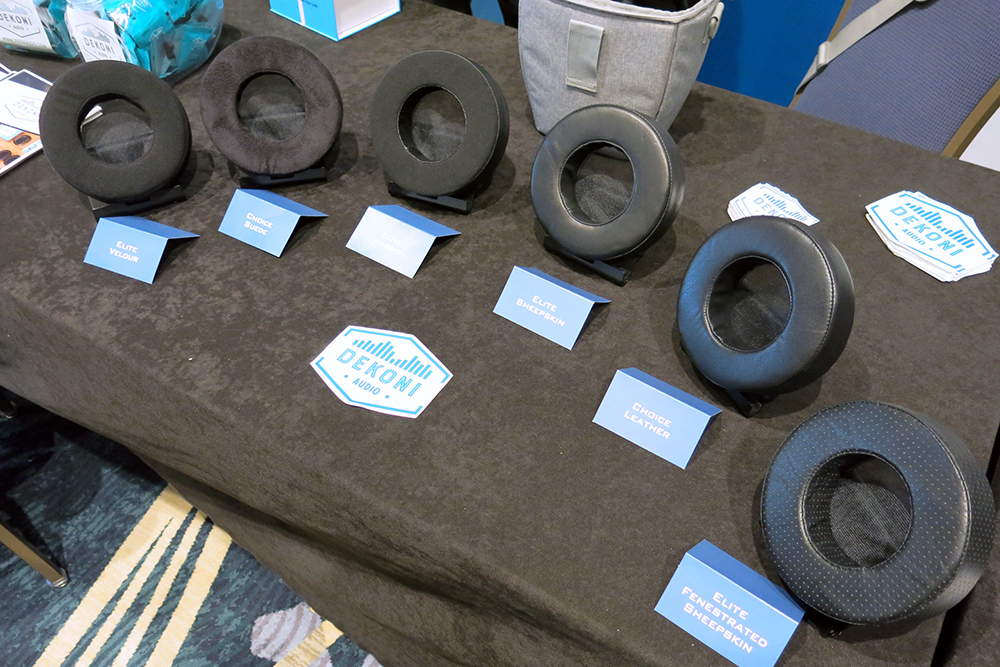 Dekoni’s best known for offering aftermarket earpads for most headphones, from exotic audiophile ’phones to Bose QC35s. At RMAF 2019, Dekoni had these jumbo pads to show off the different earpad covering materials they offer, including suede, velour, choice leather (a synthetic product that’s vegan-friendly), and sheepskin in fenestrated (i.e., perforated) and smooth versions. Prices for the pads range from $49.99 to $99.99 per pair. 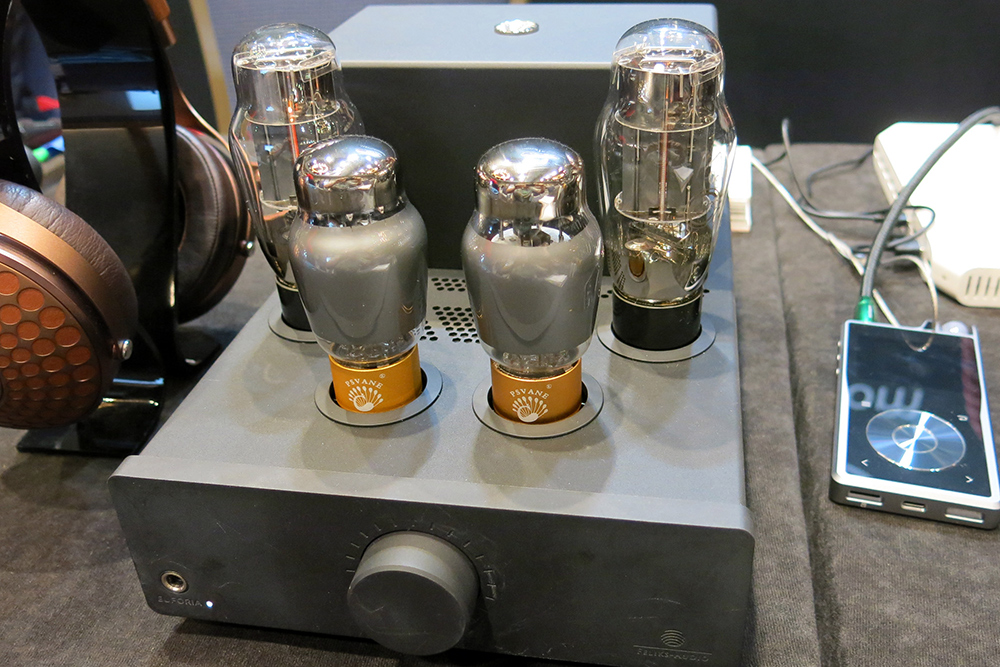 I first encountered the Feliks Audio brand at the Audio Video Show 2017, held in Warsaw, Poland. The company offers a couple of different output transformer-less headphone amps, the most expensive of which is the Eufonia ($2599). It uses 6SN7 input tubes, driving exotic 6N13S dual-triode output tubes. Rated power is 250mWpc into 300 ohms at 0.4% THD, which is pretty impressive power for a 300-ohm load. According to the US distributor, it’s best for high-impedance dynamic headphones, but it also works well with Focal’s low-impedance dynamics because it fleshes out the bass a bit. A crossfeed circuit is included to create a more solid center image. One unbalanced input is available on the back, with an unbalanced out for using the Eufonia as a preamp. 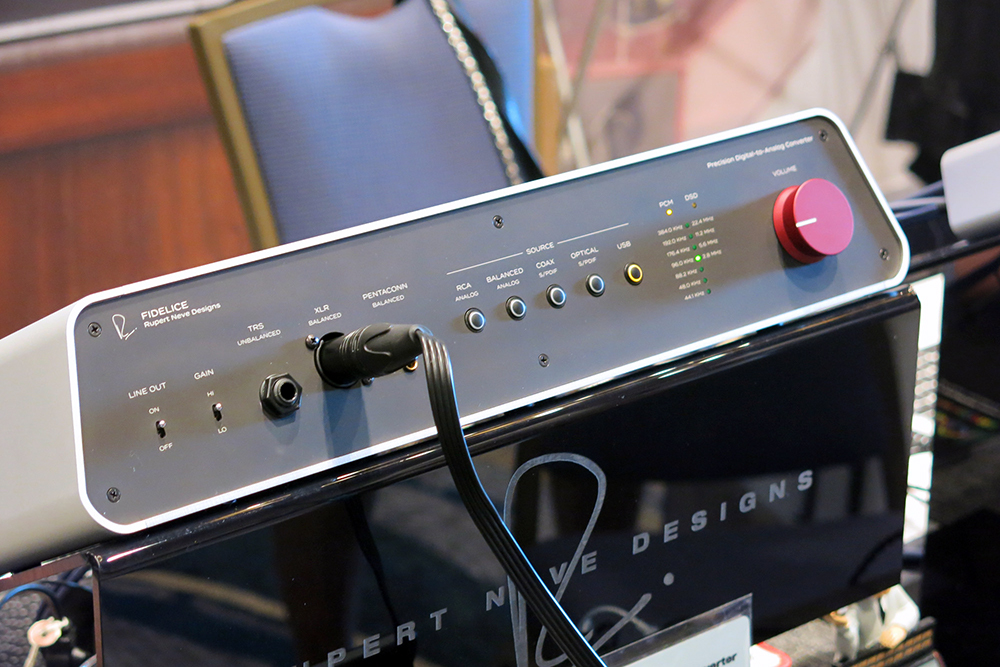 Rupert Neve is surely the most famous recording-mixer designer in history, and for the past couple of years he’s been selling headphone amps under his name. The Fidelice is, by far, Neve’s highest-end headphone amp yet, with a projected price in the mid four figures. It has a built-in DAC with PCM 32/384 and DSD512 capability, and DIP switches that let you choose among five DSP filter profiles. Balanced and unbalanced inputs are provided, along with coaxial, TosLink optical, and USB digital inputs. There are 1/4" (6.3mm) unbalanced, four-pin XLR balanced, and 4.4mm balanced outputs provided. 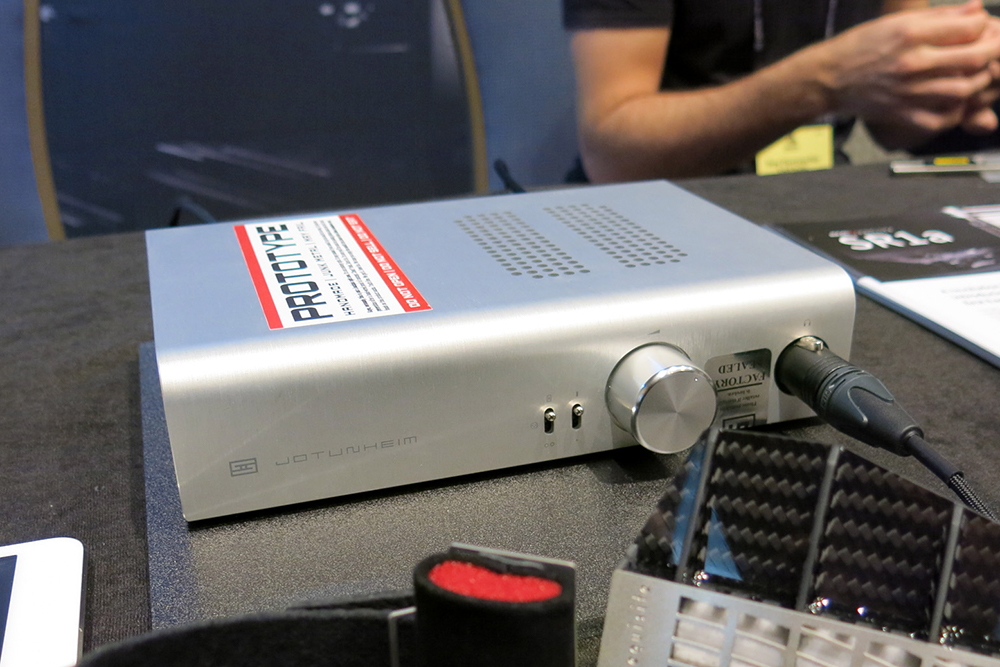 I was pleasantly surprised to see Schiit Audio showing a prototype amp dedicated to the RAAL/Requisite SR1a ribbon headphones, which are normally powered by a speaker amplifier through an interface box. The Jotunheim R can drive the ultra-power-hungry, ultra-low-impedance SR1a headphones directly, thanks to a claimed 13 amps per channel of current. The Jotunheim R is slated to ship around the end of the year at a price of $999 including a multibit DAC and digital input -- quite reasonable considering the SR1a’s cost $3499. 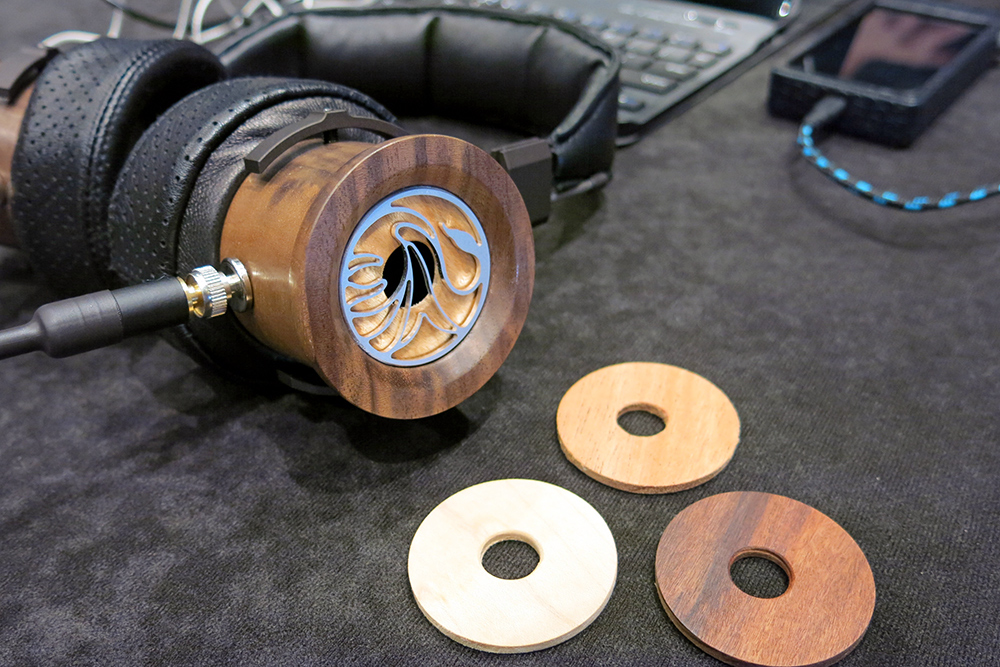 By far the most surprising headphones I found at RMAF were the Swan Song full-size headphones ($1900 . . . and they don’t really have a formal product name), built by a company that until now has focused on boutique high-end headphone amps. The headphones incorporate conventional 33-ohm dynamic drivers; what makes them special is the tuning discs that fit into the backs of the earpieces. With guidance from the company (or a brief trial with a test set of headphones), the customer chooses maple, cherry, mahogany, or rosewood, listed from brightest to darkest sounding. All the discs are of the same dimensions; the density of the wood is said to be what makes the sonic differences. The company had a model with cherry discs on demo, and I thought it sounded wonderfully spacious and detailed, but had just a little too much treble for me; I’d love to hear what they sound like with the mahogany or rosewood discs. 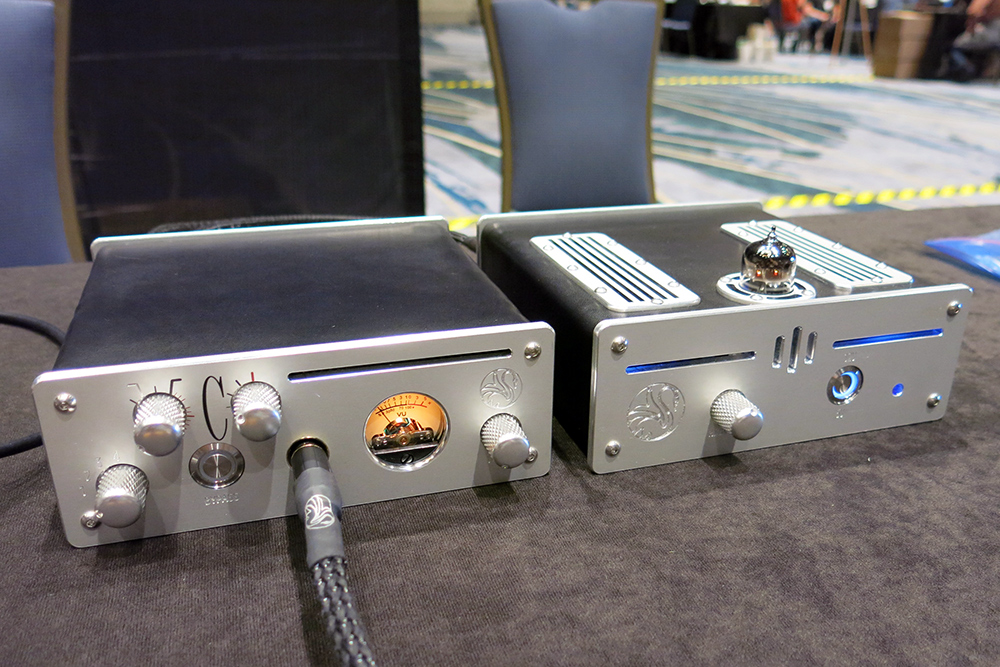 Swan Song showed its headphones with the Allegro headphone amp / line preamp / DAC ($2800, left), which is the first headphone amp I can remember seeing with a VU output meter. Because headphone impedance varies so much, the VU meter’s operation is adjustable, so no matter your headphones’ impedance, you’ll always be able to see the meters wiggling. It also accommodates a wide range of headphone sensitivities by using a two-step optical volume control, with a standard volume knob plus a second knob that selects the range of the volume control. The Allegro is solid-state, but tube fans can add the Andante tube gain stage ($2200, right), which does most of the amplification using a single tube. A 3.5mm cable interfaces the Andante with the Allegro.