The CanJam section of the Rocky Mountain Audio Fest (RMAF) might be the best place in the world to see and hear the latest audiophile headphones. This is no mass-market show. Sure, there were several earphones and a few over-ear headphones priced under $400, but most manufacturers bring their best to CanJam.

I attended CanJam and RMAF 2016 in Denver, Colorado, and I’ve already filed one report on new headphones from the show. Here’s a second report with more interesting new models. And this wasn’t even all of them; it includes only the ones that stuck in my mind and of which I was able to snap decent photos. All prices in USD. 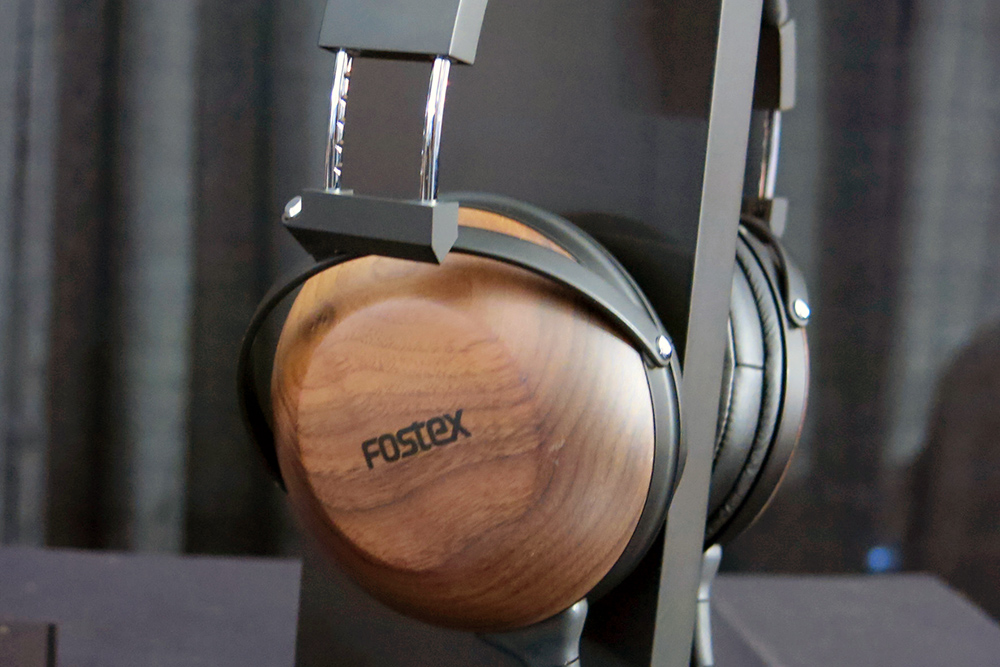 The Fostex TH610 headphones replace the company’s TH600s, adding detachable cables. These closed-back headphones employ black-walnut back plates and use dynamic drivers that each have a neodymium magnet and a big, 50mm “bio-dyna” diaphragm. I thought the sound was appealingly clean and warm, but maybe I was somewhat biased based on the pretty wood finish. 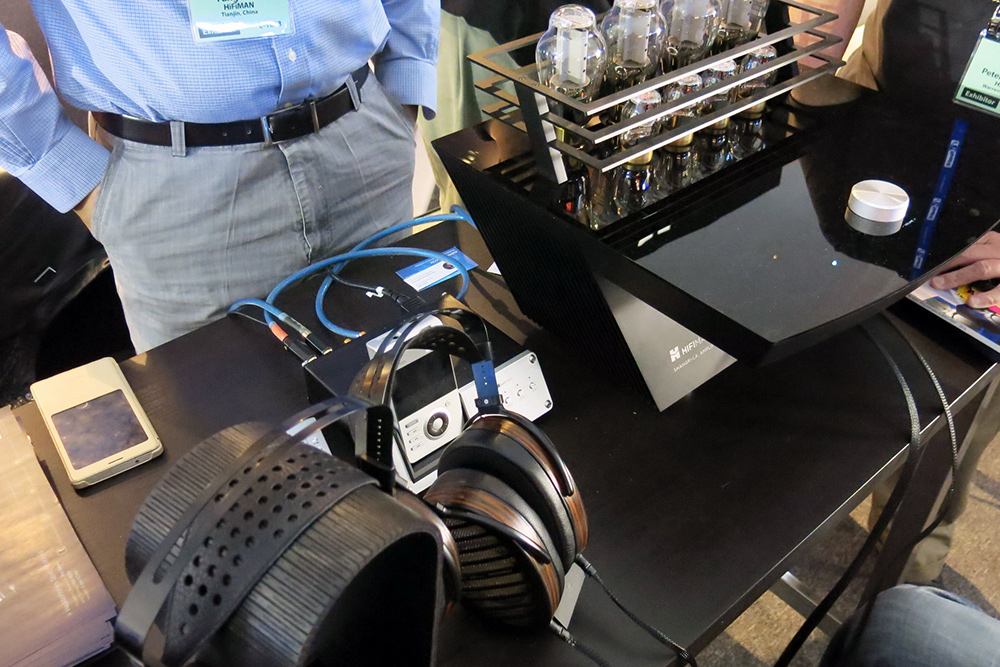 HiFiMan showed very early prototypes of its Shangri La electrostatic headphones and amp at previous shows this year, but no one could have guessed how striking and extravagant the actual products would be. You can see the headphones near the bottom of the photo and the amp at upper right. The amp uses four 300B output tubes. Instead of a conventional potentiometer (variable resistor) or digital volume control, the amp’s volume control uses relay-switched resistors, so channel matching should be excellent and the signal path about as pure as it can get. Projected price for the amp and headphones is a whopping $50,000, making the Shangri La a more affordable alternative to Sennheiser’s $55,000 Orpheus headphones and amp. The Shangri La doesn’t have the Orpheus’s motorized tubes, knobs, and headphone container lid, though. 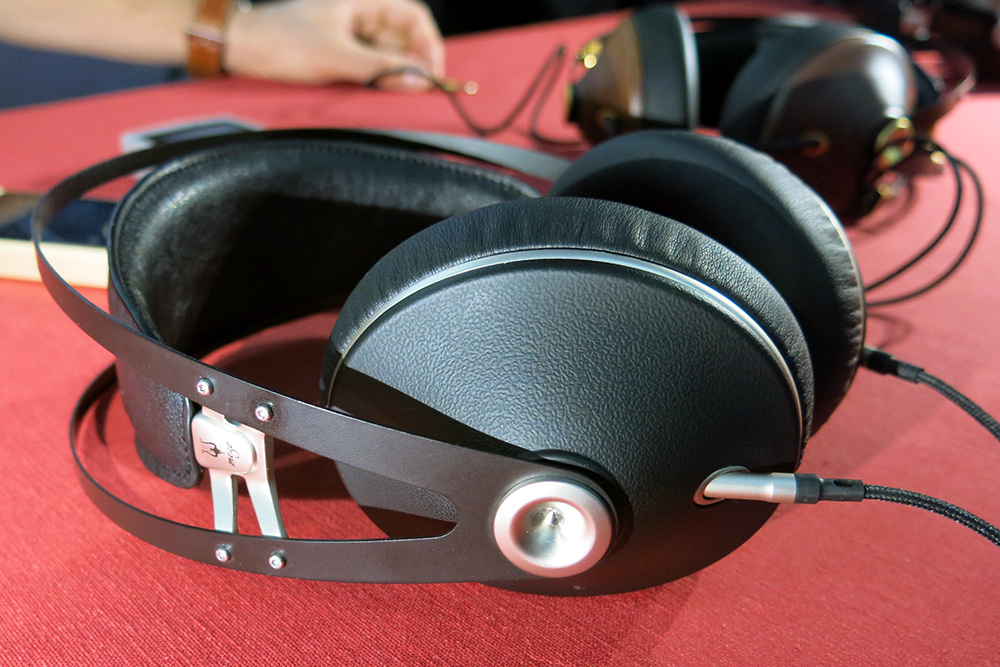 Meze got some attention for its 99 Classic, a well-designed set of headphones with solid-wood enclosures. The 99 Neo headphones are a somewhat lower-cost model that substitutes plastic earcups. To me, the 99 Neos look sleeker and more understated than the 99 Classics, and they seem a little lighter, too. They’re also expected to come in at a price of about $250, currently $60 less than the 99 Classics. 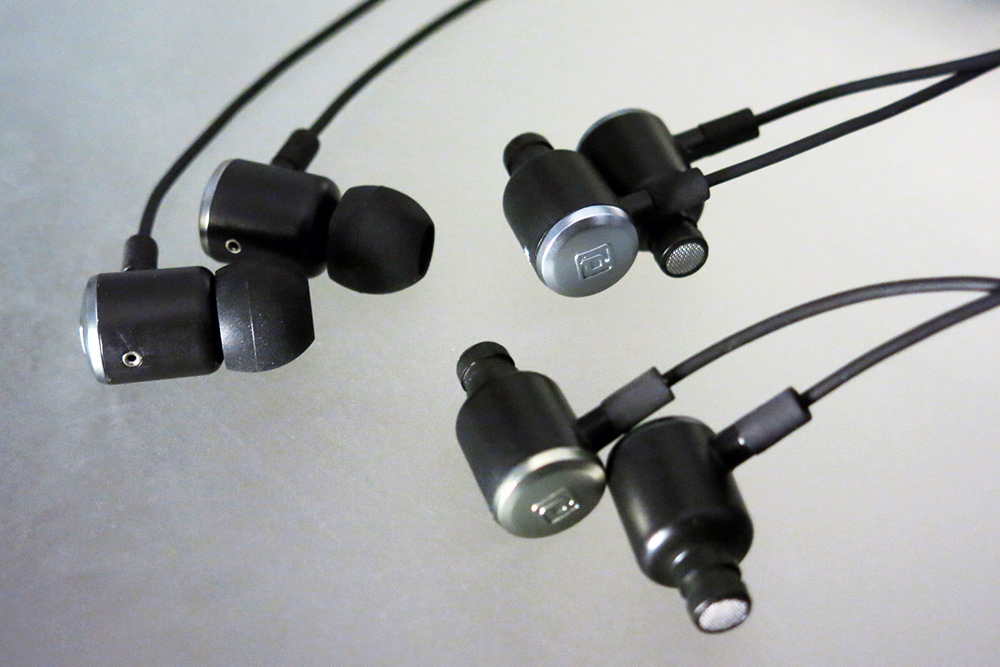 Periodic Audio offers the same earphone model in three “flavors,” each using a different driver diaphragm material: the $99 MG (magnesium), the $199 TI (titanium), and the $299 BE (beryllium). It was easy to hear the differences between them; fortunately, the sound of the MGs was neutral and smooth, and the TIs had a little more treble presence and a somewhat bigger sense of space. As for the BEs, “Why would anybody buy the other ones?” one showgoer asked. I had to agree, because the BEs sounded exceptionally detailed and deep for dynamic-driver earphones. 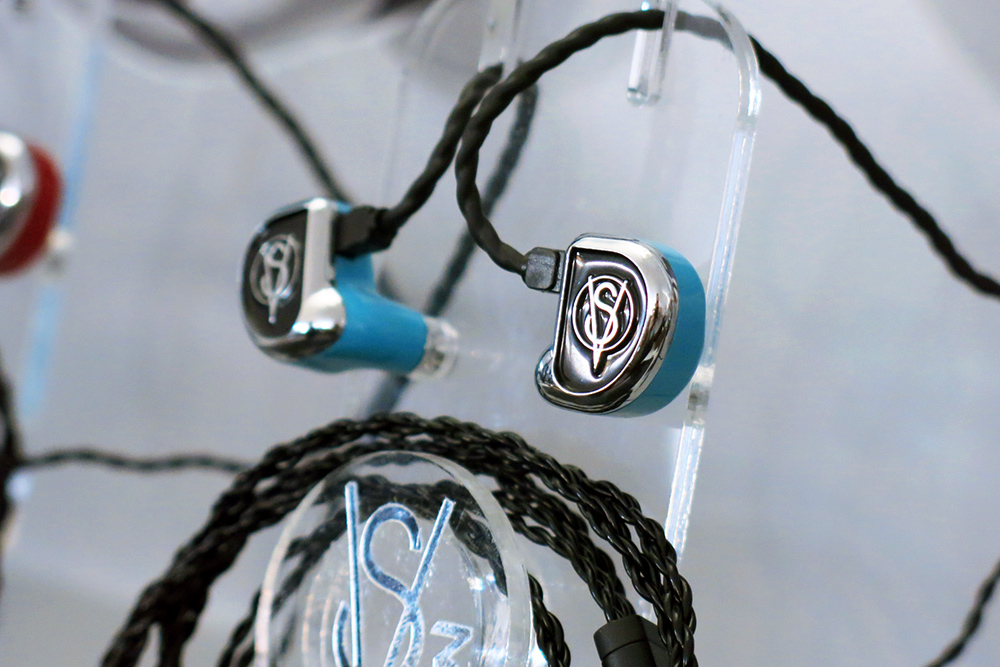 The Clear Tune Monitors (CTM) Vintage Series earphones have a whole different aesthetic from most earphones. I dug the retro pastel Dusty Blue (shown here) and Passion Pink colors, and the earphones are also available in Darth Black and Intense Red. They even come in a box styled to resemble a vintage guitar amp. The dual-driver VS-2 earphones run $399, while the triple-driver VS-3s are $499 and the quad-driver VS-4s are $599. All models use balanced-armature drivers exclusively. 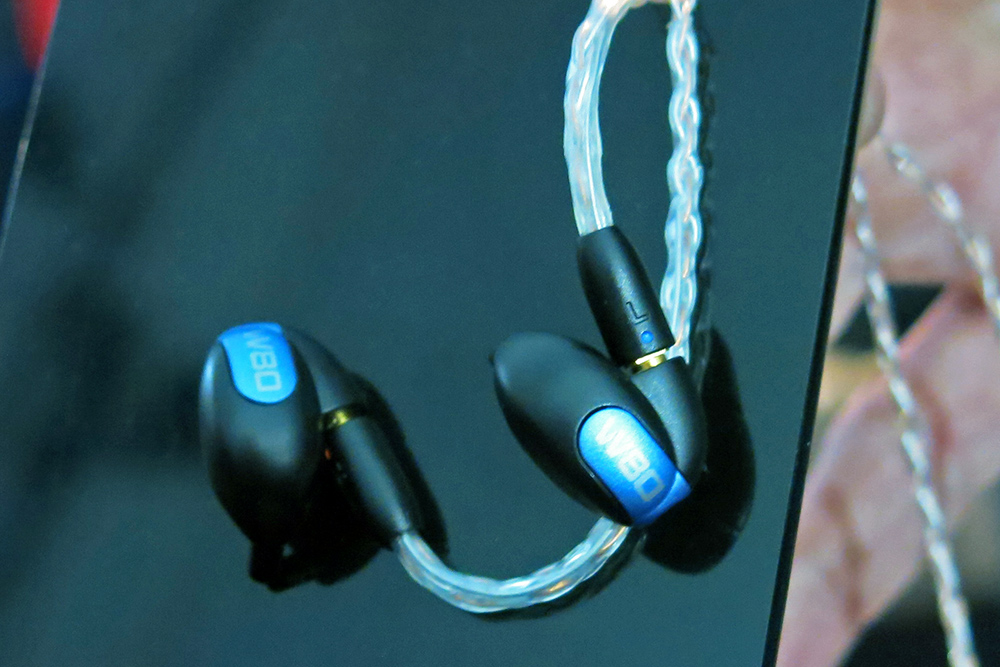 You could see the W80 earphones as Westone’s attempt to “catch up” to the manufacturers who seem to be in a race to cram as many balanced-armature drivers as possible into a tiny earpiece. The $1499 W80 earphones pack eight balanced armatures per ear: two for the bass, two for the mids, and four for the treble. The W80s include an interchangeable cable made by ALO Audio.