Although there were a few new power amps, preamps, and DACs introduced at the 2016 Rocky Mountain Audio Fest (RMAF), the real action was in integrated amplifiers. This is a hot category because most of the new integrateds incorporate not only a preamp and a power amp, but also a DAC. Many add a phono stage and/or Internet or network streaming, making them true all-in-one entertainment systems -- just add speakers.

(Note that one of the biggest integrated intros at RMAF came from NAD, but we already covered that in our CEDIA 2016 report.)

Here are my favorite new integrated amps from RMAF, some of which were driving systems that I considered serious contenders for best sound of the show. All prices in USD. 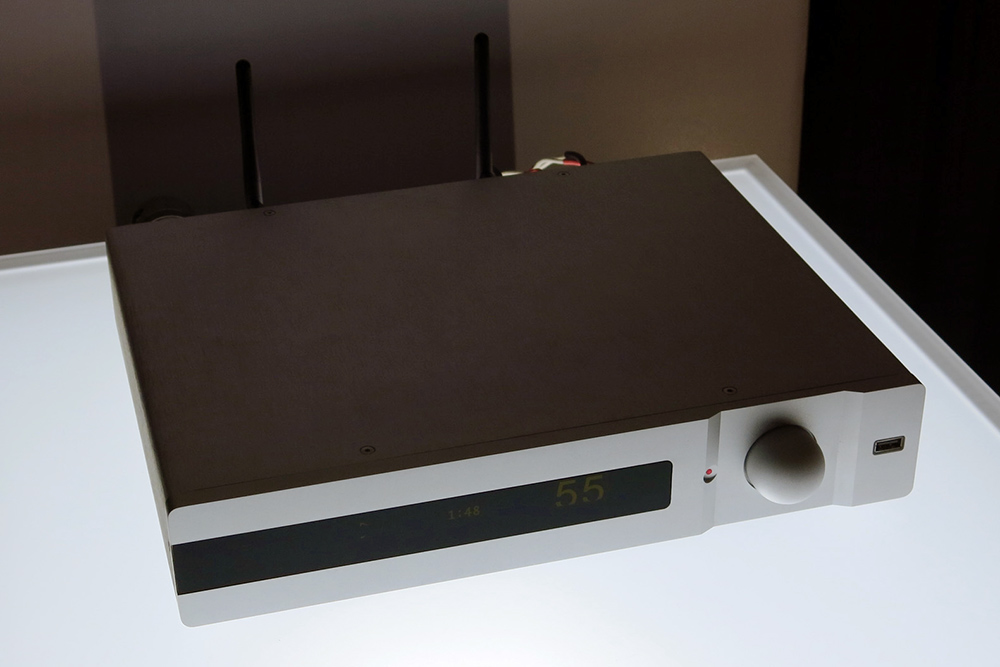 The $3799 Auralic Polaris does practically everything you could imagine an integrated amp could do. Besides providing 120Wpc of class-D amplification, it also works as a network music streamer, a network music server, a DAC, an analog preamp, and has an MM phono stage. 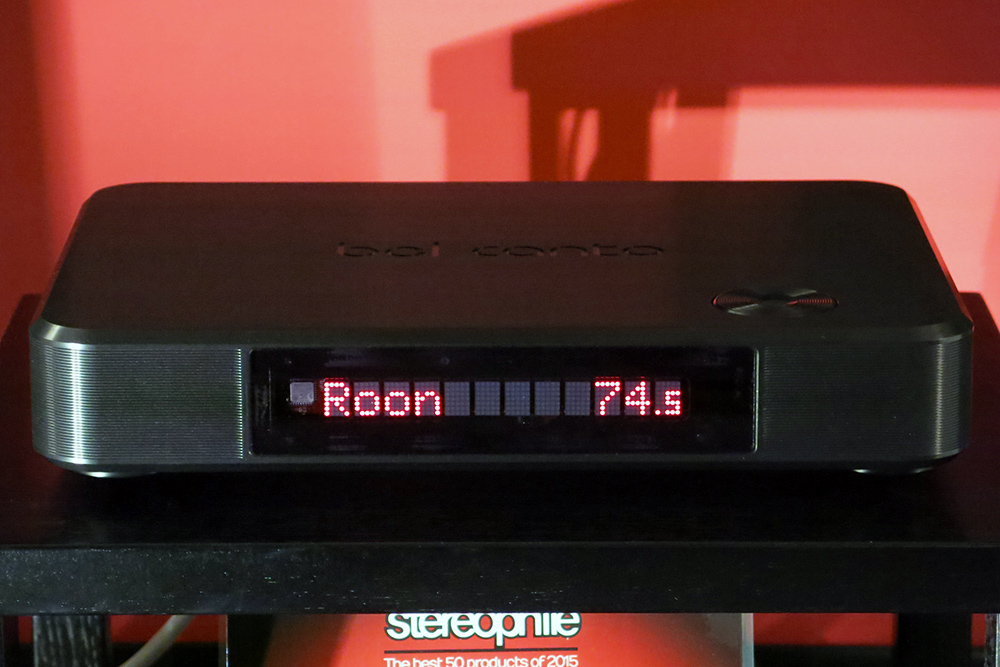 Bel Canto has packed its sleek, compact Black components into a single integrated unit, the $25,000 ACI 600. The tiny unit is said to deliver 600Wpc into 4 ohms, and also incorporates a 24-bit/384kHz, DSD-capable DAC with USB, AES/EBU, coax, and TosLink inputs. A 64-bit proprietary digital signal processor provides tilt (tone), EQ, and bass-management functions. An Ethernet input accesses network streaming and Tidal through Bel Canto’s own app, and the ACI 600 can also serve as a Roon endpoint. 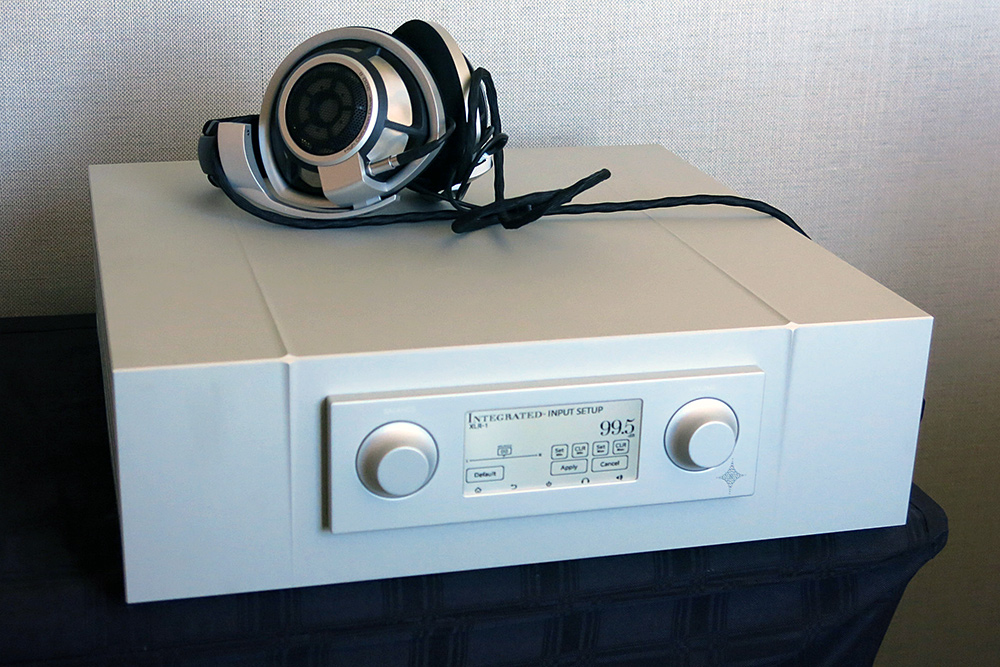 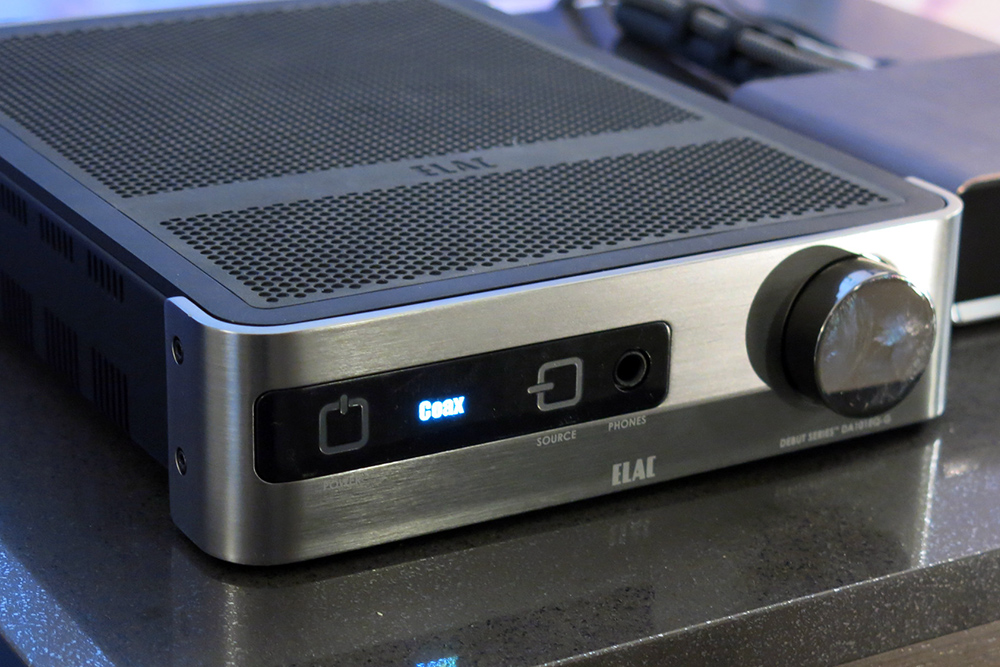 I feel pretty comfortable saying the $699 ELAC Element EA101EQ-G is the most technologically advanced integrated amp ever made. It has all the “checklist” features you’d expect: an 80Wpc, high-efficiency BASH amplifier; an internal DAC with USB, coax, and TosLink inputs; a Bluetooth receiver; and even Dolby Digital decoding, intended for easier interfacing with TVs. What’s special is not just that it has a subwoofer output with an adjustable crossover frequency and high-pass filtering for the main speakers, but that it also has built-in auto room correction for the subwoofer output and an Auto Blend feature. Auto Blend lets you use a smartphone app to measure the responses of your subwoofer and main speakers in the nearfield and from your listening position. It then automatically optimizes the crossover between the subwoofer and the main speakers. It even fine-tunes the phase relationship of the sub and main speakers within 10-degree accuracy. 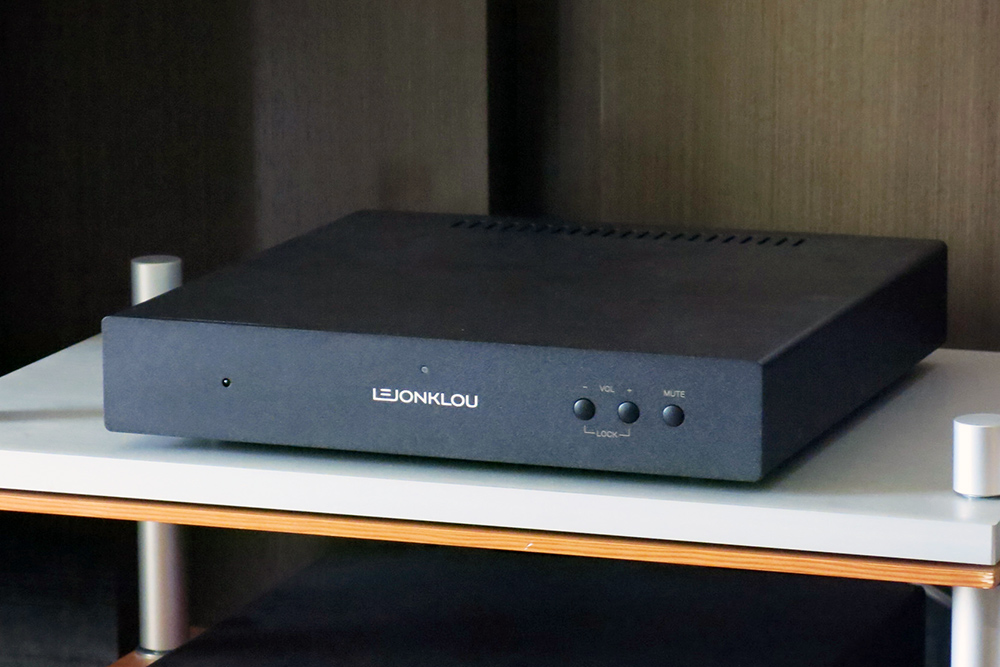 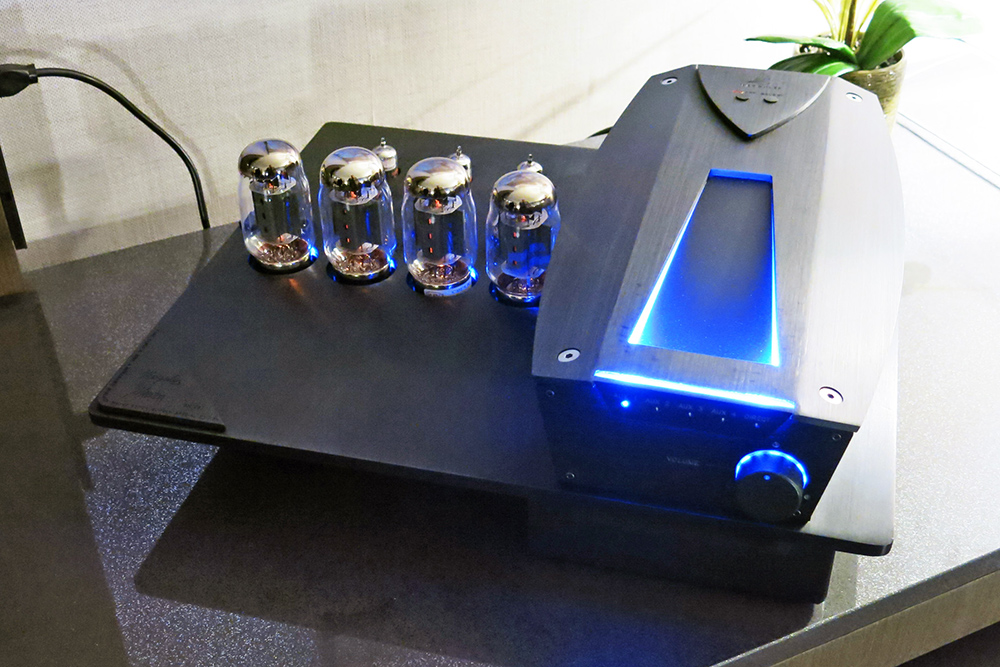 Even though Margules Audio has been around for decades, and has been covered in SoundStage! since the late 1990s, the Mexico-based company remains unknown to most audiophiles. That may change. The company is getting more serious about the North American market now, with US sales, service, and inventory. Its latest work is the $26,000 Macotela integrated amp, named after Gabriel Macotela, the sculptor who designed it. Only 20 will be made. It uses a quartet of KT88 tubes that can run in ultralinear or triode mode (both in class A), and its 12AU7-based preamp stage offers six analog inputs. 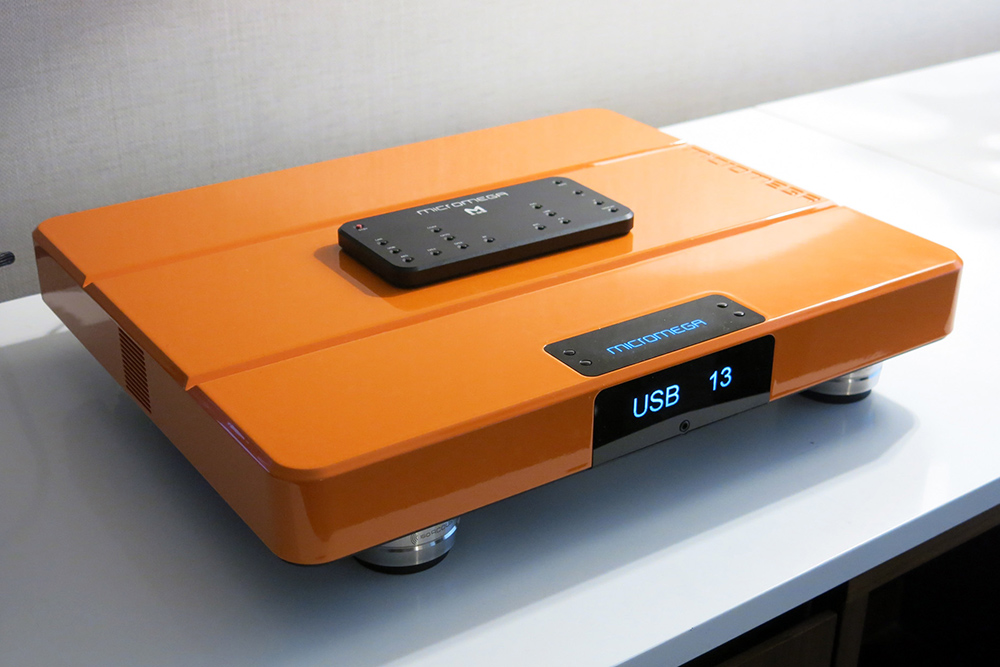 We’ve seen prototypes of Micromega’s M-One 100 at previous shows, but the unit is now in production -- although the company is still finalizing its firmware, which incorporates room-correction option, Bluetooth reception, and Internet radio. It houses a 100Wpc class-AB amp (which uses fan cooling and employs the aluminum chassis as a heatsink) with a switch-mode power supply. There’s also an MM/MC phono stage and a 24/786 DAC with DSD capability. The M-One 100 retails for $3999; room correction is a $600 option. I thought the M-One 100, driving the Focal Sopra No2 tower speakers, delivered some of the best sound at RMAF, even though the combined system costs less than $20,000. 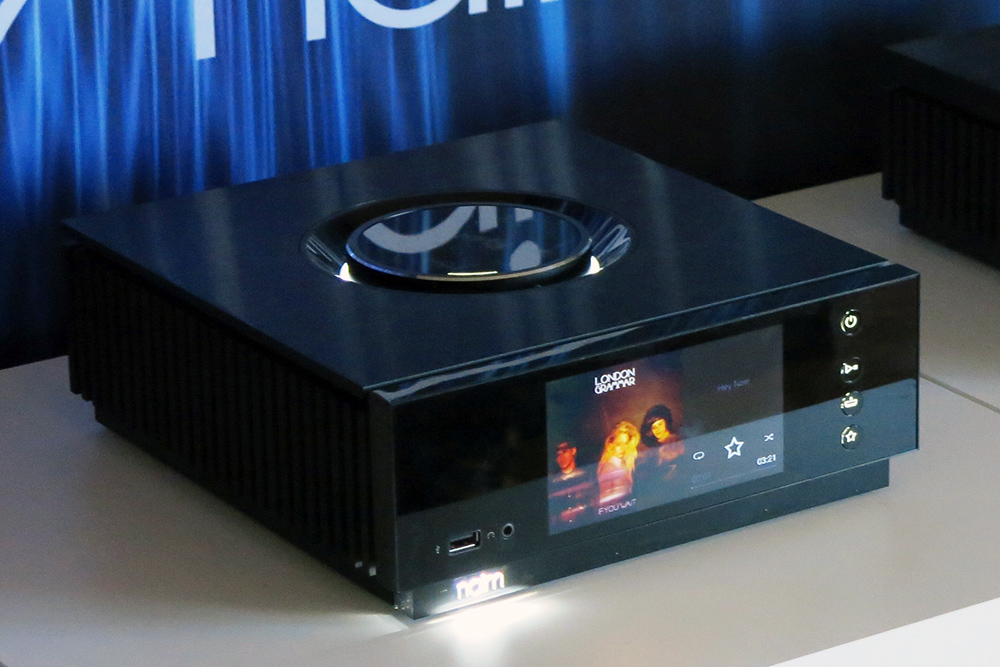 “Where’s the new integrated?” I asked in the Naim room, even though I was staring straight at the Uniti Atom. I thought the $2995 unit was a digital music streamer -- which it is, but it also incorporates a 40Wpc amplifier powered by a large toroidal transformer. It offers network and Internet streaming through AirPlay, DLNA, and Google Cast, plus Bluetooth and integral Tidal and Spotify streaming capability. It has USB, coax, and TosLink digital inputs, and if you connect a USB disc drive and a USB storage device, it can rip CDs. You can access all these features through the front touchscreen. 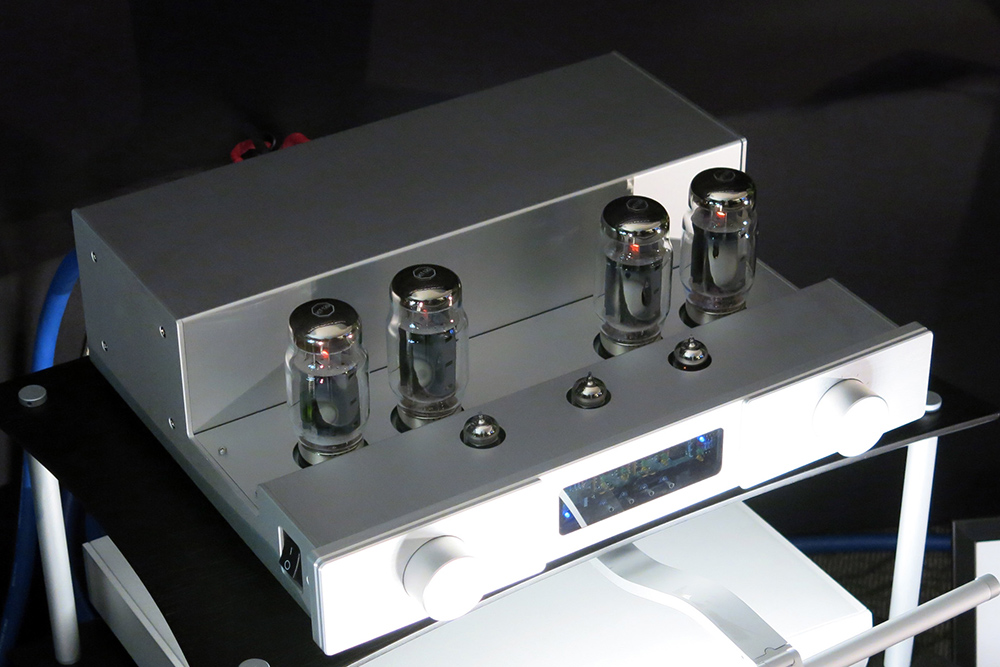 Octave’s V 110 SE gets its rated 110Wpc from a quartet of KT120 tubes, and offers adjustable damping factor to fine-tune its performance for speakers of different impedances. The unit runs $8000, or $8500 with your choice of an MM or MC phono input. 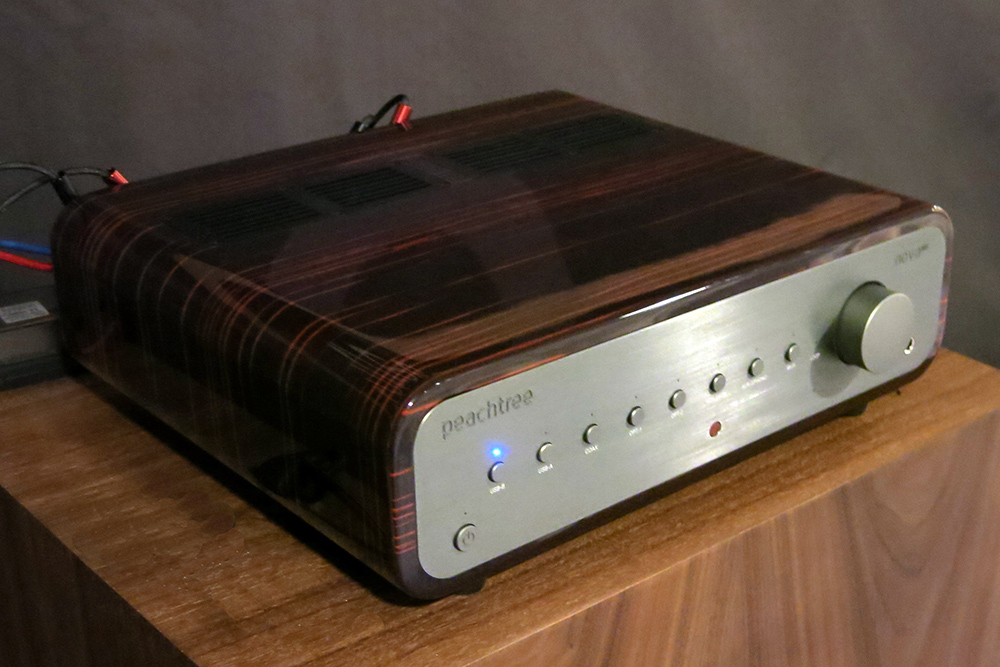 At 300Wpc, Peachtree Audio’s nova300 is the most powerful amp the company has yet offered. Peachtree’s David Solomon made a point of turning the nova300’s volume all the way up to demonstrate its ultra-low noise floor; not a hint of hiss was audible, even through the 101dB-sensitivity Zu Audio Experience speakers. The $2299, class-D nova300 incorporates a 32/384 DAC with DSD capability, an MM phono input, and an iOS input for use with Apple devices.