The Rocky Mountain Audio Fest (RMAF) is the biggest consumer audio show in the US, and without question one of the best places in the world to hear all sorts of new audio gear, from $100 desktop amps to $100,000/pr.-plus tower speakers. It also incorporates CanJam, a show where most of the major audiophile-oriented headphone and headphone amp manufacturers display their latest creations.

I’ll start my coverage with six of the most interesting headphones I saw and heard at the Fest. All prices in USD. 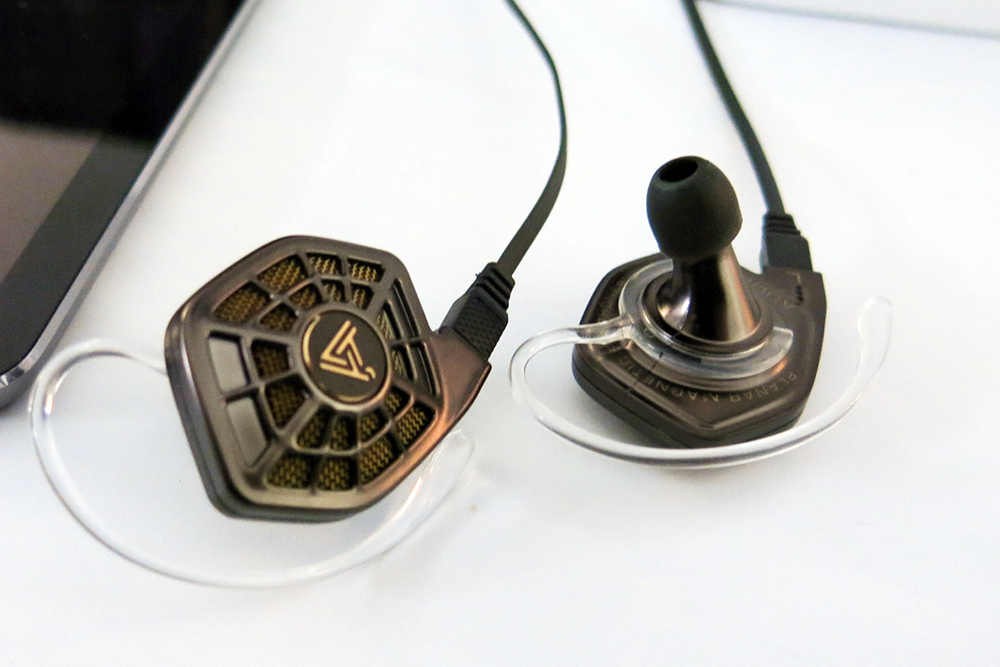 It wouldn’t be much of an exaggeration to say that everyone at RMAF was talking about the Audeze iSine planar-magnetic earphones. Each of the iSine’s earpieces uses a tiny, open-back planar-magnetic panel that fires down a tube into your ear; the tube houses a phase plug similar to the ones used in compression drivers for commercial sound systems. The $599 iSine 20s shown here are a 24-ohm model said to have a little bit more resolution than the $399 16-ohm iSine 10s. The iSine 20s sounded like no other earphones I’ve heard. Instead, they had the smoothness and spaciousness of Audeze’s big over-ear planar magnetics. The open backs let sound in, so the iSines might not be the best headphones for commuting, but they may well be the best-sounding headphones you can carry in a coat pocket. 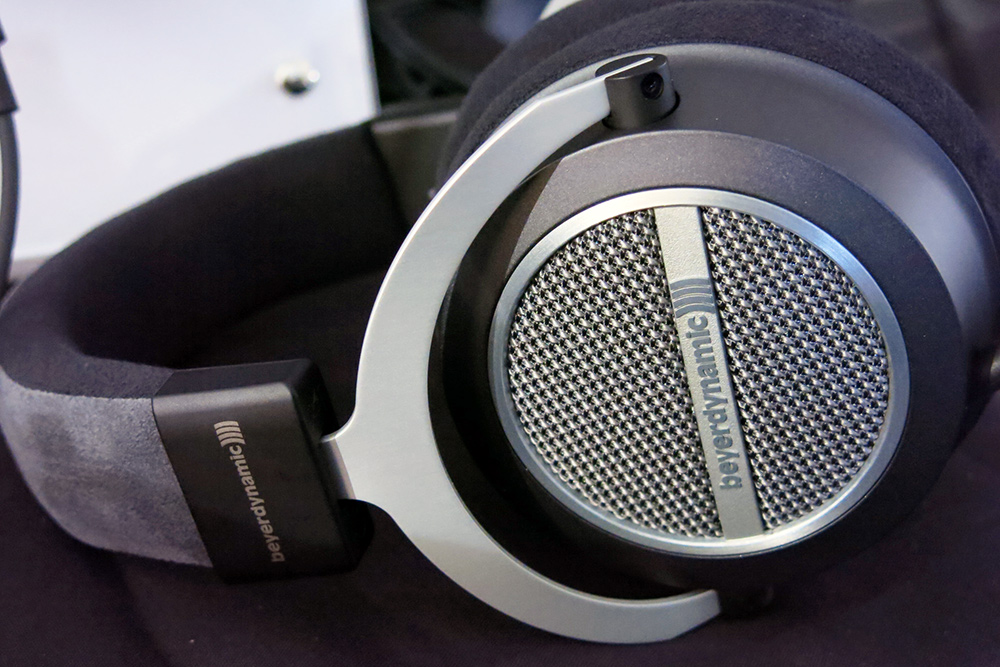 “These feel like the headphones I’ve always dreamed of,” I thought when I first put on Beyerdynamic’s $599 Amiron Home headphones. The Amiron Homes are designed specifically for exceptional comfort and long-term listening sessions. They’re incredibly light; to me, they felt almost like wearing nothing. The open-back, 250-ohm headphones are also voiced for extended listening, with a response that’s intended to be “detailed but not harsh or aggressive,” according to a company rep. 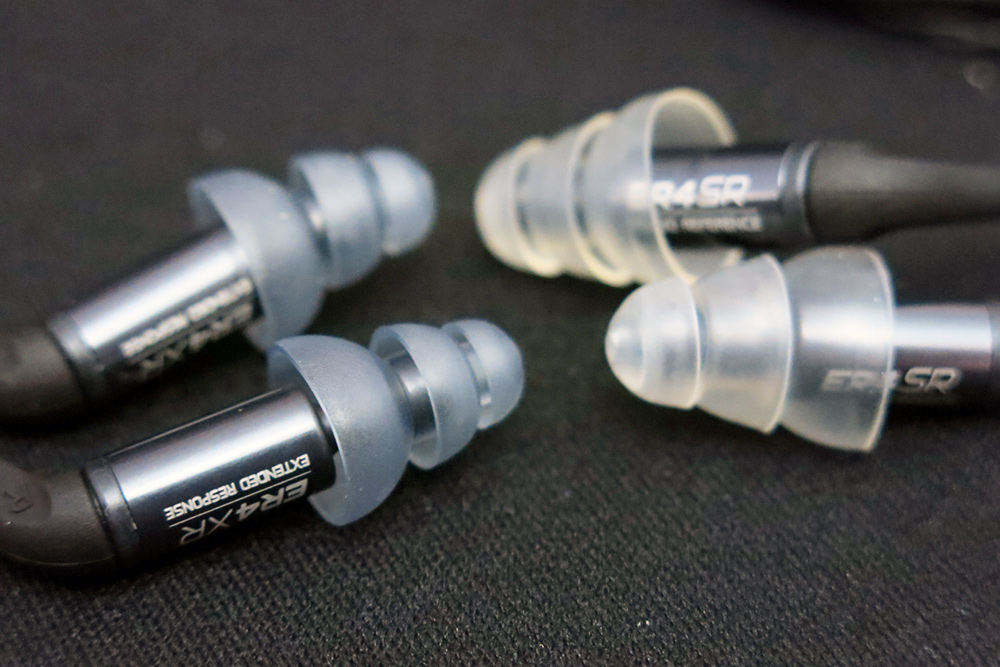 Detail-loving audiophiles have been revering Etymotic earphones for decades, but bass-loving audiophiles don’t much dig ’em. The $349 ER4XR earphones -- one of two new versions of the company’s long-established ER4s -- may change that. The ER4XRs are tuned for 4dB more bass than the $349 ER4SRs, which are also new and said to have a flatter response. The new models replace the ER4s’ plastic enclosures with anodized aluminum, and add detachable cables. 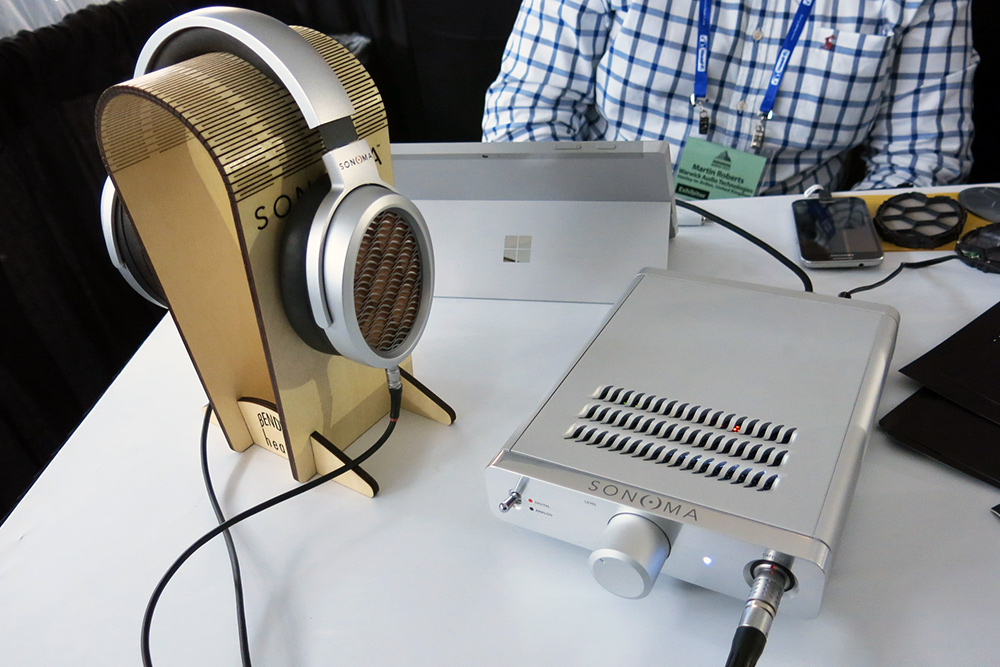 Sonoma headphones come from the same team that created the Sonoma Digital Audio Workstation, one of the primary tools used in DSD recording and production. The Sonoma Model Ones are an electrostatic design employing a new ultrathin laminated transducer created by Warwick Audio Technologies. The $4995 package includes an amplifier with an energizer that provides the 1300V bias needed by the Warwick drivers. (Most electrostatic headphones run on a bias of about 500V.) The amp has digital and analog inputs, and of course accepts DSD signals as well as PCM up to 32-bit/384kHz resolution. 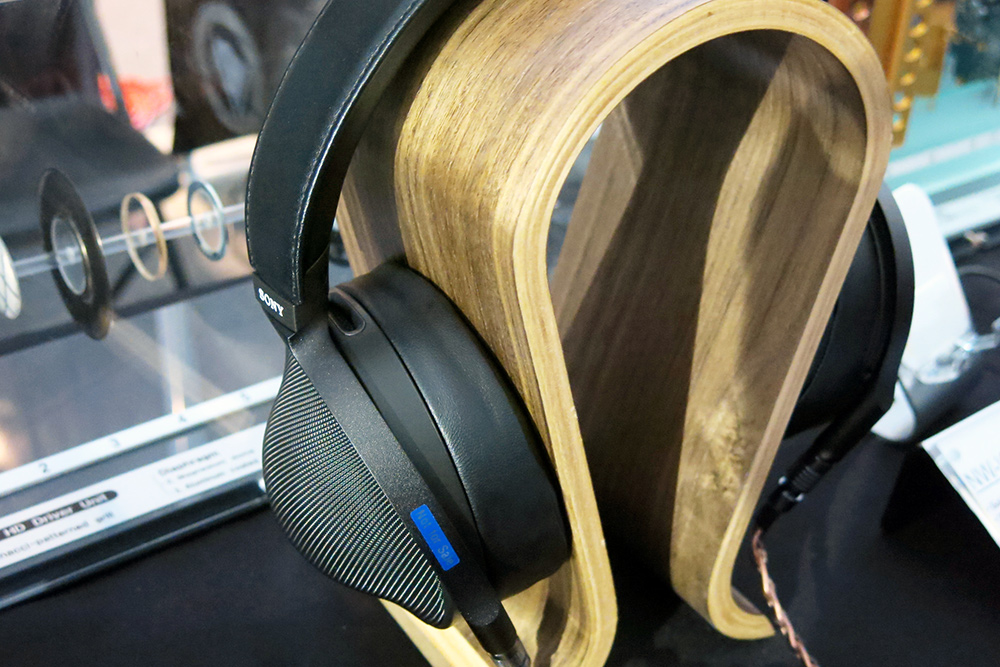 These days, headphone enthusiasts think of Sony mostly as a mass-market and professional brand, but the $2799 MDR-Z1Rs might change that. These are serious, high-end headphones with a huge 70mm driver in each ear, surrounded by thick, angled leather earpads. The closed-back headphones come with a variety of cables, including a balanced audio cable tipped with the new JEITA 4.4mm balanced audio plug that’s compatible with Sony’s $2199 TA-ZH1 ES headphone amp. 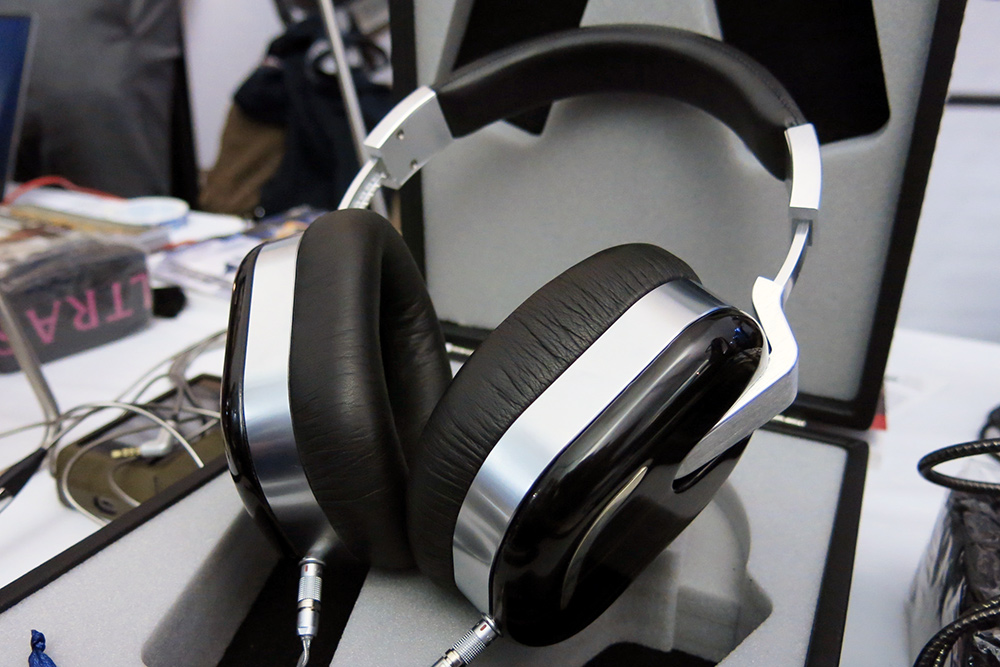 The Jubilee 25 Edition headphones celebrate Ultrasone’s 25th year in business. The company will produce only 250 units of the $5999 closed-back headphones. The side panels are made from Macassar ebony with sterling silver inlays. The earpads, made from Ethiopian sheep leather, were wonderfully plush. On the headphone end, the cables terminate with Lemo connectors, a professional-style connector that locks firmly in place. The 40mm drivers are titanium-plated and mounted in a funnel-shaped baffle to place them farther from the listener’s ears.