Last night, I overheard a conversation between Ken Kessler and some other hi-fi journalists about why high-end audio is dying and why so much hi-fi equipment doesn't sell well to people who are rich enough to afford it. Ken, who's big into luxury goods, was adamant that most high-end manufacturers simply don't know how to sell their high-priced products to well-heeled customers. The other journalists, a couple of whom work for a popular but continuously shrinking print magazine, disagreed vehemently with him. It was at that point that the conversation turned heated and, occasionally, ugly, with some shouting and stern words between both sides. I listened and smiled as I watched these old guys fight, but I also knew one thing -- Ken was quite right and the other fuddy-duddies were wrong. That's when I joined in . . .

Ken's claim was something I've been saying for years -- most manufacturers don't know how to market their products correctly to folks who can afford them, and almost all don't know how to display them right. You can't imagine how many times I've seen an audio product priced in the tens of thousands of dollars shoved into the corner of a hotel room without concern for the surroundings or the image that's projected. Who in their right mind would buy an ultra-expensive product presented like that? It's like buying a $10,000 watch presented to you on the lid of a trash can.

Slowly, a number of manufacturers are getting it and are dressing up their displays in fun, interesting, and effective ways. Probably the very best at it is Totem Acoustic, with their lavish, colorful display areas that are inviting and fun. The one they had at Montreal's Son & Image earlier this year was spectacular. But at RMAF, Totem's display, although nice, had to take second place to . . . 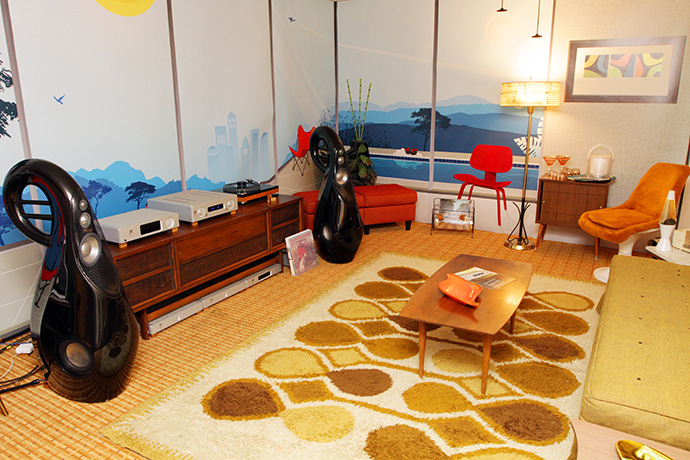 . . . Ayre Acoustics' room, which was set up to showcase all of the company's wares, but mainly the new AX-5 integrated amplifier that, from what I could tell, will undoubtedly be a huge hit. The speakers were Vivid Audio's Giya G3s, which, despite having what most would consider an odd shape, looked right at home in there. 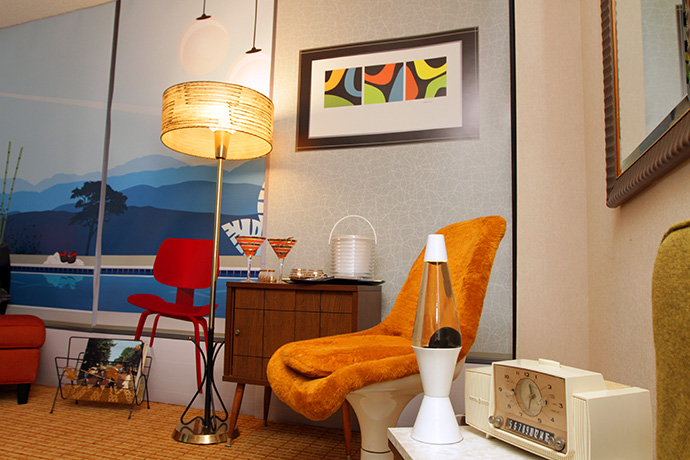 According to the folks at Ayre, the '60s-style room concept came from their national sales manager, Alex Brinkmann. But Alex seemingly took a cue from Kevin Costner's Crash Davis in Bull Durham, and said it was a team effort. Frankly, I think Alex is a Mad Men fan, and the inspiration for the room, replete with a funky couch, awesome chairs, striking colors, cool end tables . . . 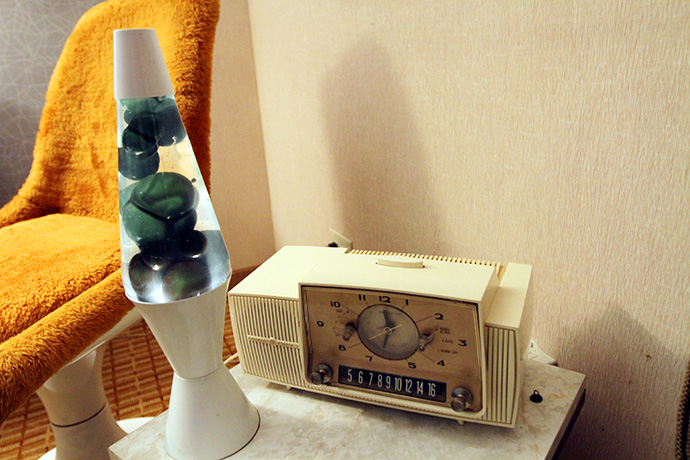 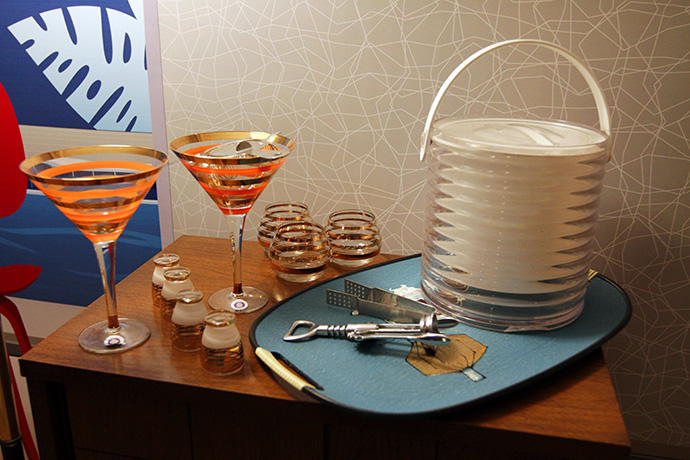 . . . and a drink set that would make Don Draper proud, probably came from there. Or maybe it's simply because the '60s look feels "in" again and Alex knows what's hip. Whatever the case, their attention to detail was impressive and it worked wonderfully, turning what could have been just another ho-hum display room like the 100 or so others at RMAF into an interesting place to hang out -- which I did, for about 30 minutes on Saturday.

We don't give out a Best Display award at these shows, but if we did, Ayre Acoustics would have taken home the trophy. Now let's hope other companies follow suit -- and they don't let the fuddy-duddies tell them otherwise.