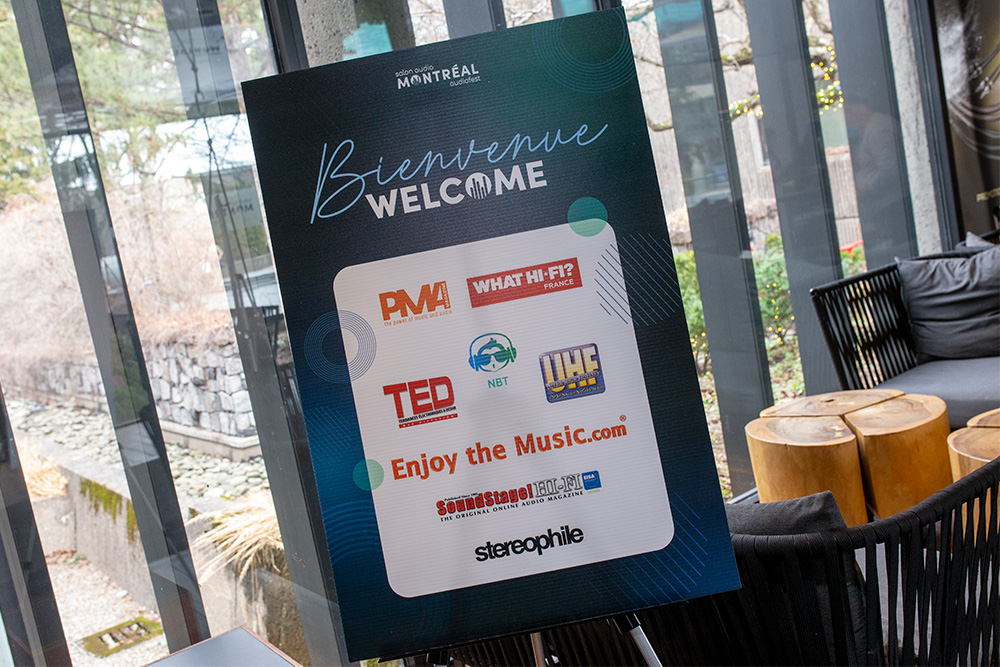 I always arrive at shows at least a day early to get going on our coverage, but I get disappointed if no company is set up or there’s no one to talk to, because there ends up being nothing to do. But when I walked into the Hotel Bonaventure Montréal, which is home to Montreal Audiofest 2022, at about 6 p.m. on Thursday, March 24, I immediately ran into Lily Luo, owner of Motet Distribution, who said, “The guys from KLH just arrived. We hope you can make it to our dinner in fifteen minutes. It’s a casual thing.”

She then quickly explained that she had arranged a small dinner gathering in her large display room, where KLH’s president, David Kelley, and chief designer, Kerry Geist, would be speaking to dealers, press, and others she had invited. This was just what I was hoping for—something interesting I could maybe write about and possibly learn from.

I arrived at the KLH/Motet dinner and presentation a few minutes late because I had to get changed. When I got there, Kelley was already speaking, but I don’t think I missed much. As I sat down, Kelley was explaining that after he left Klipsch, where he’d worked for about 25 years, he thought he was going to retire. But he was 50 and quickly learned that retirement wasn’t for him—so he went searching for opportunities in audio. 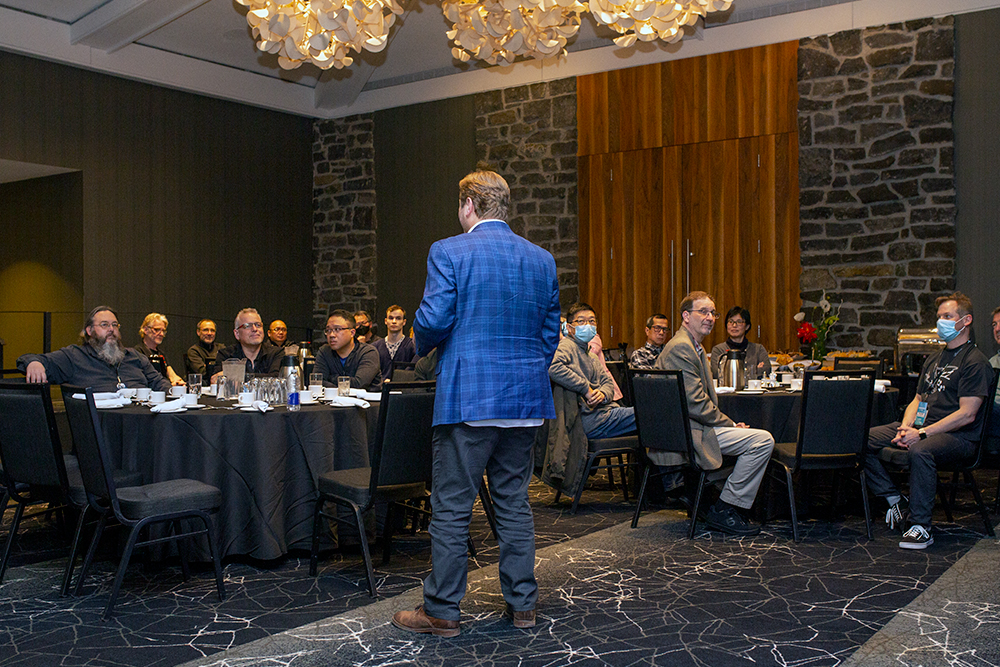 He landed on the legendary KLH brand name, which had been purchased by investors several years before. Kelley explained how the investors had poured millions into the company but hadn’t managed to bring any products to market. He then explained how he hatched a deal to buy the company in 2017. By 2018, the first Kelley and co. KLH products were out—speakers such as the Kendall, Concord, Albany, and others.

When those speakers were created, Kerry Geist, who’d not only worked at Klipsch for almost 32 years but was mentored by the legendary Paul Klipsch, hadn’t yet joined the KLH team. But Geist joined in 2019, and that’s when the Model Five development started.

For those who don’t know, the Model Five was introduced in 2021. It’s a three-way, three-driver loudspeaker that, as I wrote in my review of it on December 1, 2021, “owes its existence to KLH’s original Model Five, a four-driver, three-way loudspeaker that was in production from 1968 to 1977.” It’s a speaker with a retro-type look, but with modern engineering, courtesy of having Geist at the design wheel. It currently sells for $3750 per pair (all prices in CAD). 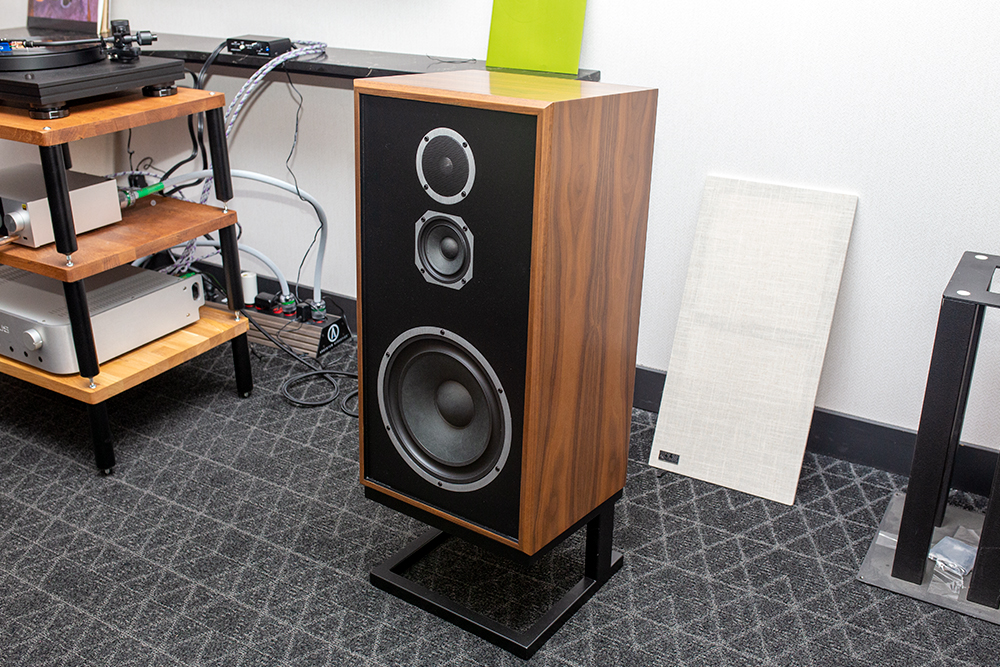 More recently, Kelley’s KLH introduced the Model Three, a two-way, two-driver acoustic-suspension loudspeaker that looks a whole lot like the Model Five, but is smaller. It sells for $2700 per pair in Canada—and Kelley and Geist were both proud to show it off in the accompanying picture I took of them. 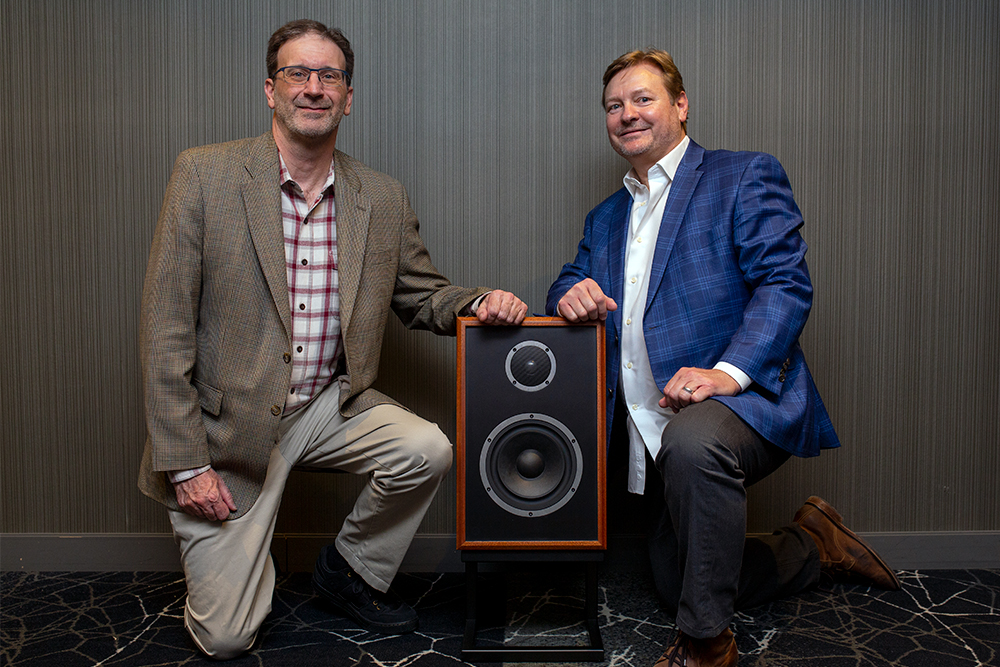 Kerry Geist and David Kelley with the Model Three

I talked with Geist at length about the Model Five, as well as about the measurements we produced and published alongside the review, which he was pleased to see. He’s a big believer that good measurements are an indicator of good sound and good design—and so am I.

I wasn’t surprised to find out Geist felt that way about measurements because of how well the Five measures—very well for its price, which doesn’t happen by luck. But I was surprised to hear Kelley say in his speech that “the past and the future of KLH lies with acoustic suspension.” After all, many of the original KLH models that came out in 2018 and that remain in the line aren’t acoustic-suspension designs. But he was promising that we are going to see many more acoustic-suspension-type speakers from the brand in the future.

Frankly, I was glad to hear this because, as I told Kelley after he spoke, I didn’t think that the original speakers KLH brought out in 2018 conjured up images of what built the brand name. But when the Model Five came out, that was a different story. Now we have the Model Three, plus more to come. And with Geist’s design prowess behind these current and forthcoming speakers, it bodes well for KLH and for audiophiles looking for the unique look and sound that this legendary brand provides.