I believe him. Exhibit rooms were packed today and yesterday, and so was the restaurant and bar. Show organizers reported 6000 pre-registrations and attendance of 4000 during the first two days of the show.

On day two, I came across some new products from well-known manufacturers, as well as two new Canadian brands. All prices in this report are in Canadian dollars. 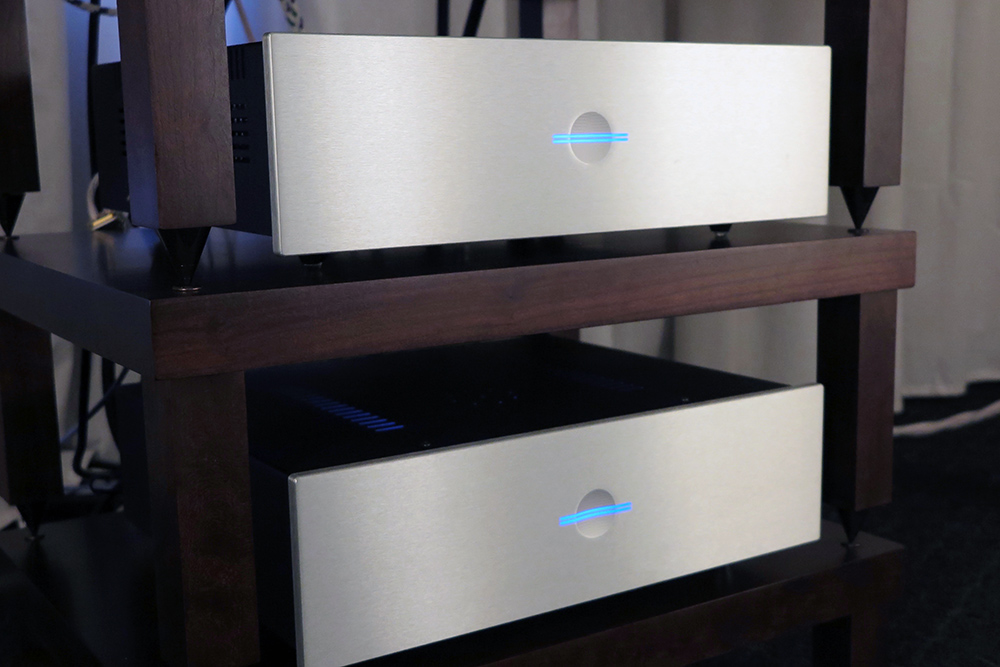 Saturn Audio was formed about a year ago, following the retirement of Gilbert Yeung, owner of Blue Circle Audio. Yeung is now designing products for this new Ontario company, owned by Rene Evans, a former audio dealer with a long background in manufacturing and quality management. All products are made in Canada.

The first products from this Ontario company will be the 100 series of AC line filters, which range in price from $800 for the 106C, a small six-outlet rectangular unit, to $3800 for the 103C (bottom in photo above), a 12-outlet, component-style power conditioner with 15A capacity. All models use capacitive filtering rather than transformers, voltage regulators, and choke filters. According to Evans, this means Saturn’s power filters do not limit current, so their use doesn’t compromise transient response.

In addition to the 103C power filter, Saturn Audio’s demo system also featured the 180Wpc 602 power amp (shown at top in above photo). Saturn also plans an 80Wpc power amp, the 601. Their prices have yet to be determined. 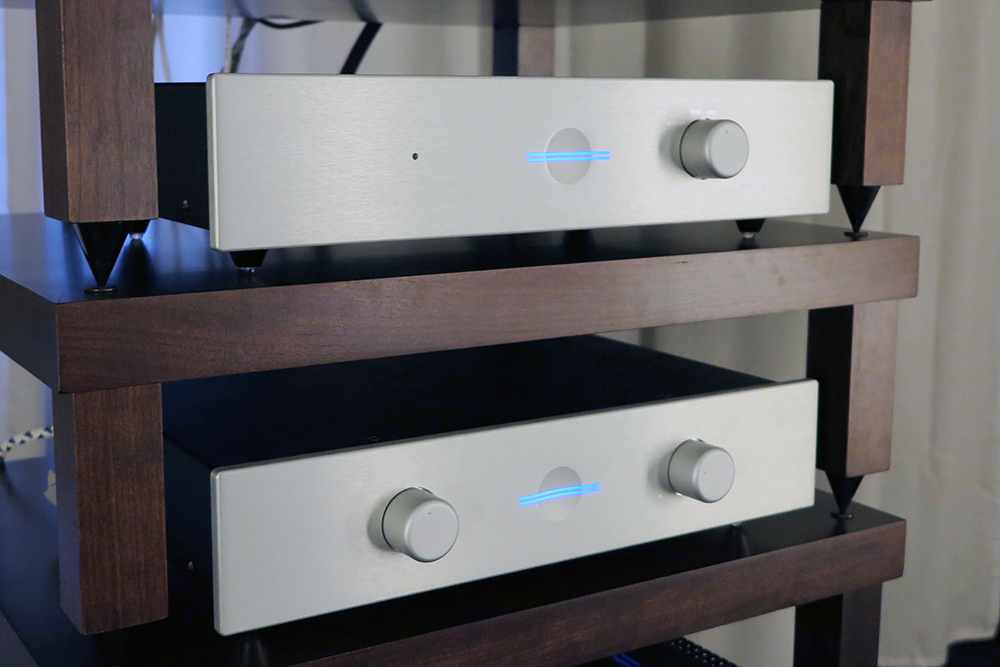 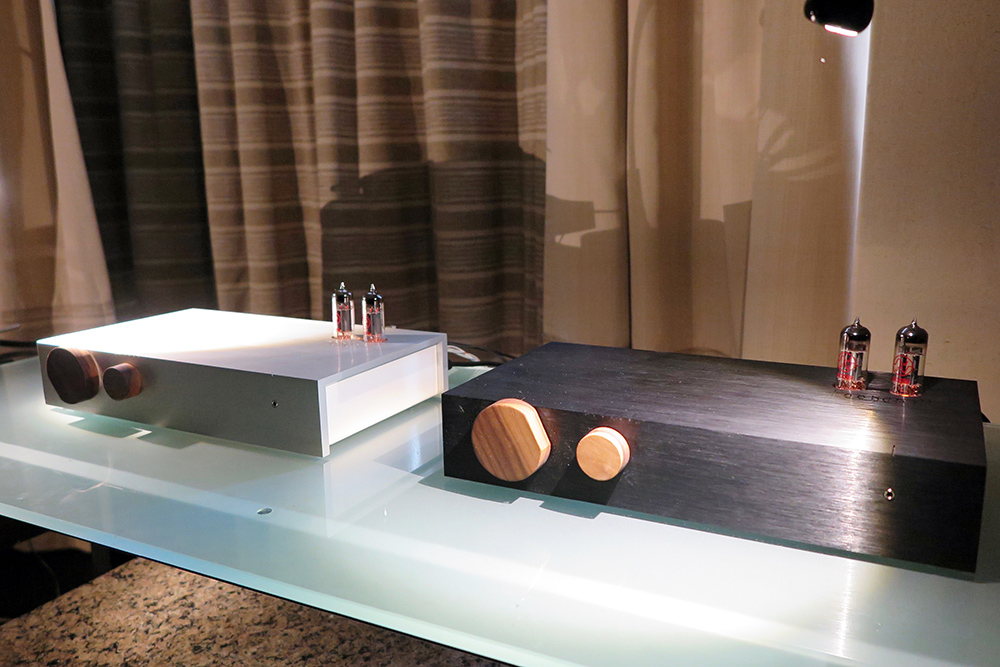 The first product from Montreal-based Heaven 11 is the Billie integrated amp, which combines a tube input stage with a class-D output stage employing ICEpower technology. Rated power is 120Wpc into 4 ohms, 60Wpc into 8 ohms. The Billie has gorgeously retro styling, with a brushed-metal chassis and wooden knobs. Priced at $1795, it incorporates a headphone amp and a moving-magnet phono stage. In addition to the phono input, the Billie also has two optical digital inputs and two sets of line-level analog inputs, as well as an aptX-equipped Bluetooth receiver.

The Billie was a Kickstarter project. Company founder Itai Azerad says two-thirds of the Kickstarter funders have received their amplifiers. Now Heaven 11 is deciding how it wants to distribute the product. 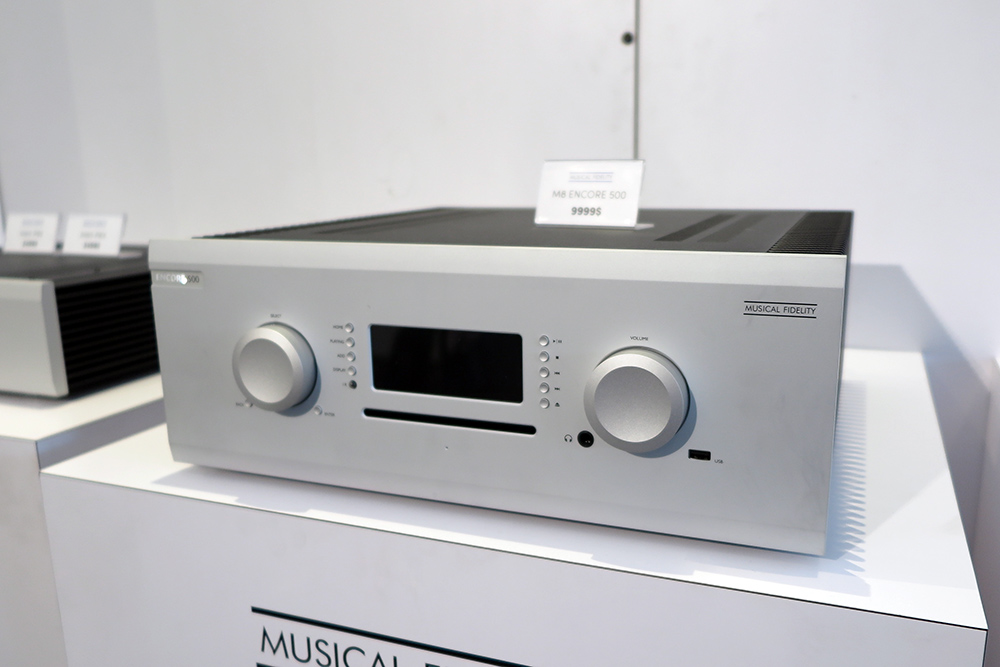 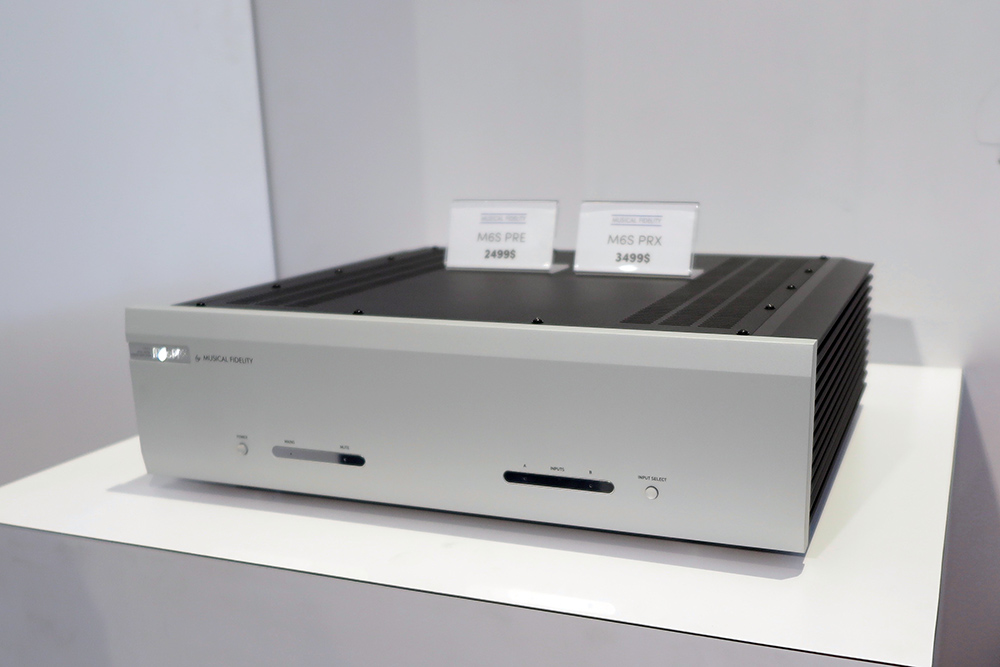 The M6S Pre has an MM/MC phono stage, two balanced XLR and four RCA line-level analog inputs, and a USB input. The combination sells for $6000. 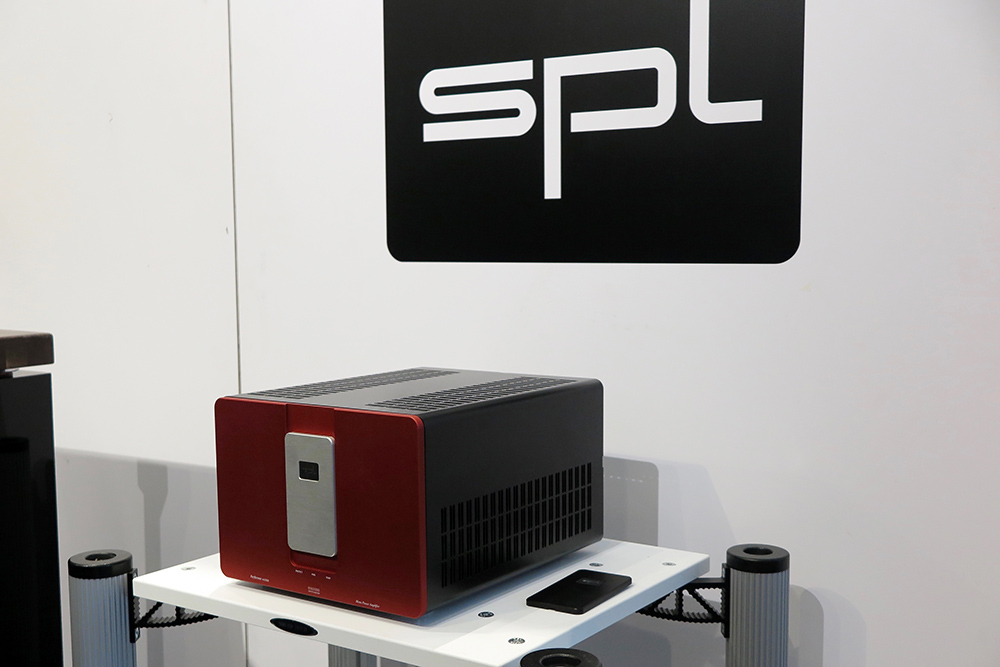 While Sound Performance Labs (SPL) focuses on studio and pro gear, the German brand also has some intriguing hi-fi products. On static display at the Plurison exhibit were the m1000 monoblock power amp ($5499, shown above), and an analog stereo active crossover ($4299, shown below). 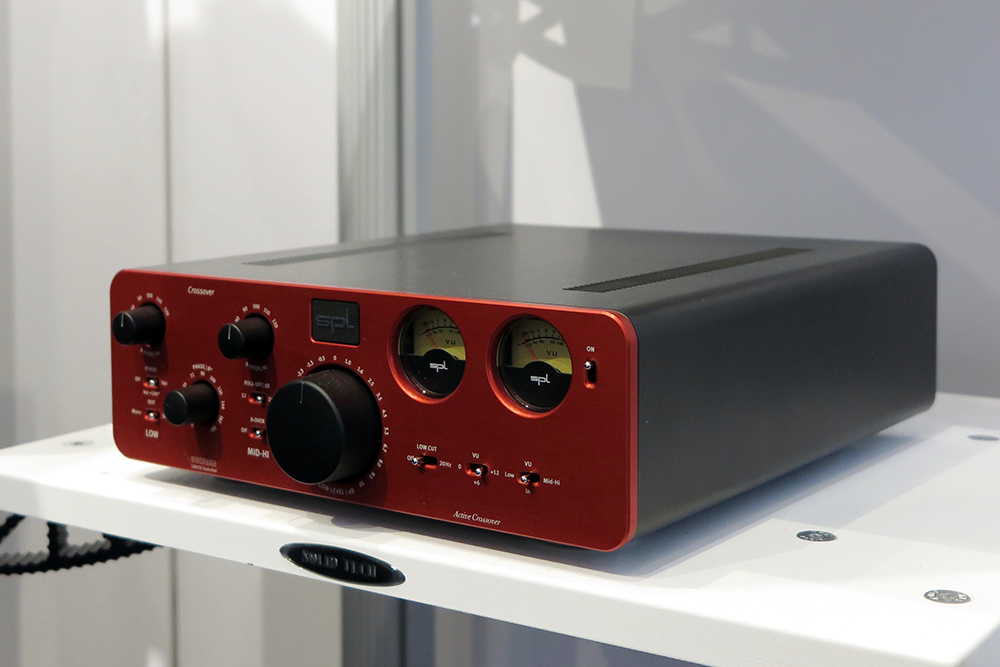 The SPL Crossover (that’s the product name) has front-panel adjustments for crossover frequency, slope, and phase. Because signals stay in the analog domain, superfluous A-to-D and D-to-A conversions are avoided. 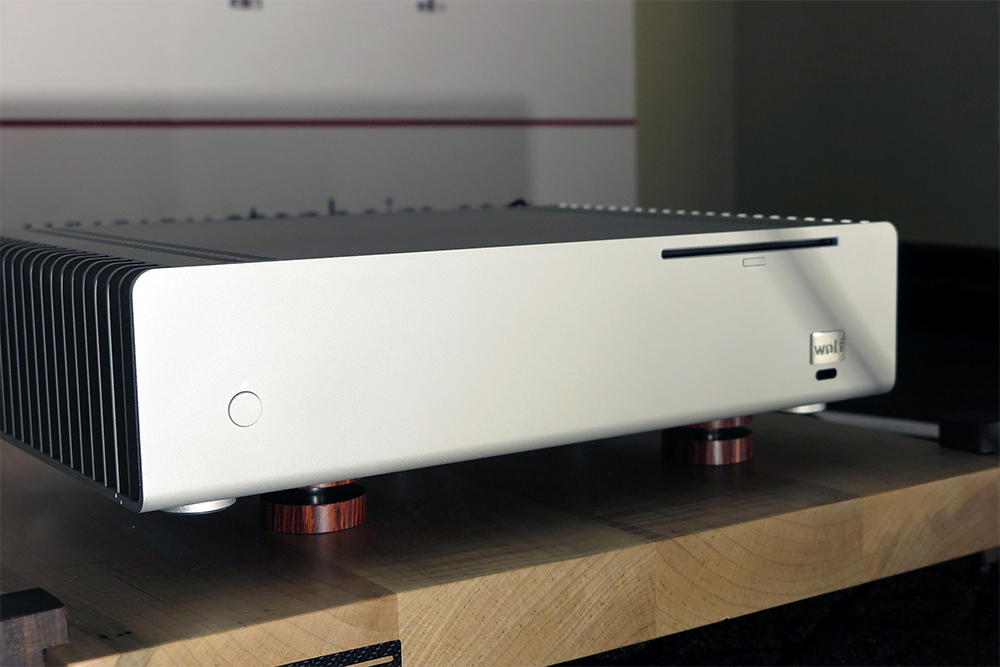 The Ontario dealer Sonic Artistry used Wolf Audio Systems’ brand new Alpha 3 media server to stream music to a Brinkmann Nyquist Mk II DAC ($20,000). The rest of the system hailed from Switzerland. The amplifier was Soulution's 330 integrated amplifier ($23,000), reviewed last June by Scott Campbell for SoundStage! Australia, and the speakers were the new SE version of Stenheim’s Alumine Two, described by Doug Schneider in his coverage of Montréal Audio Fest.

The Alpha 3 incorporates a Blu-ray/CD transport, so you can use it for spinning optical discs -- video as well as audio. The Alpha 3 has an HDMI output that supports 4K video and multichannel audio. Prices start at $6300 for a model with a 2TB SSD for music storage, but the server can be configured with as much as 12TB of internal storage. Users can also attach external USB drives -- there are six USB Type-A inputs and one USB 3.1 Type-C. It has two galvanically isolated USB outputs, as well as TosLink optical, S/PDIF coaxial, and AES-EBU outputs. Playback can be controlled by iOS and Android apps. Alternatively, listeners can use a display connected to the HDMI output, combined with a Bluetooth keyboard and mouse, to control playback. The Alpha 3 supports up to DSD512 (native and DoP), and PCM to 32-bit/768kHz. Networking options include Gigabit Ethernet and Wi-Fi 802.11n/ac. Key to the Alpha 3’s sonic performance is the ultra-quiet 240V power supply, says Florida-based Wolf Audio.