There’s a huge infrastructure that supports the speakers, amps, and sources at audio shows. However, the cables and accessories often don’t share in the glamor that speakers, electronics, and turntables enjoy. And that’s a shame, really, because systems just can’t work without cables, and the accessories add some spice to an ecosystem that would otherwise be at least somewhat sterile. Below are the new cables and accessories I found in Montreal, with all prices in Canadian dollars unless specified otherwise.

First up is Crystal Cable. Celebrating its 15th anniversary, the Netherlands-based company has introduced its new limited-edition Future Dream series of cables. The Future Dream cables employ two of the company’s signature technologies: silver monocrystal conductors and silver-gold shielding. The Future Dream line is the new flagship, with the speaker cable retailing for $25,000 for a 2m pair, a 1m pair of interconnects for $12,600, and a 1m power cord for $7000. 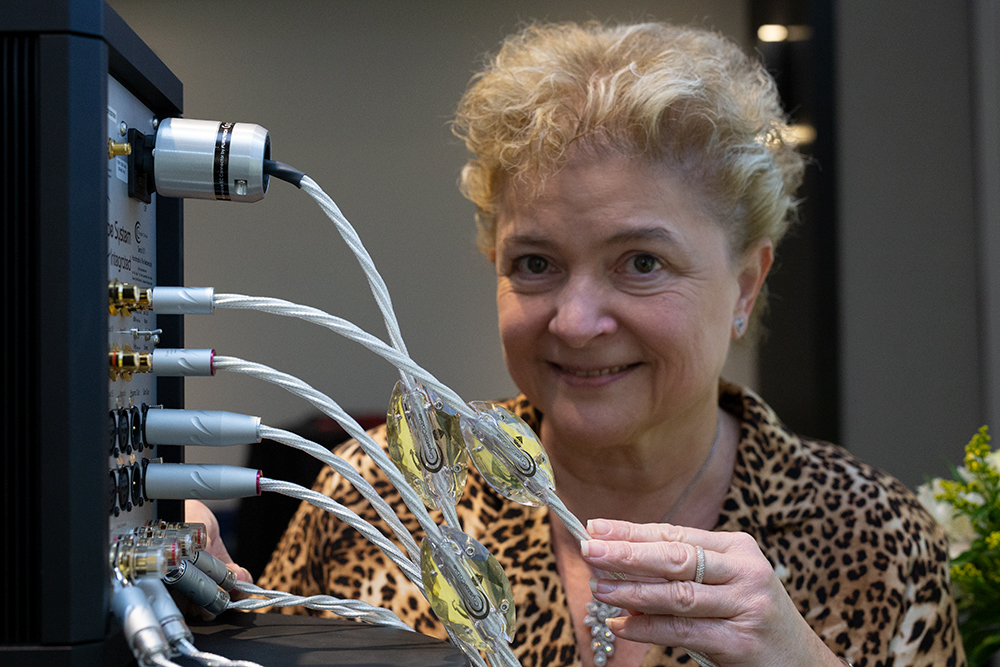 Gabi Rijnveld, the company president, was present at Montréal Audio Fest, where she explained to us that concurrent with the introduction of the Future Dream line, Crystal Cable was announcing the creation of the Future Dream Fund-Raising charity, which will provide music lessons and instruments for underprivileged children. A set amount from the purchase of each Future Dream cable will be donated toward the fund throughout the company’s 15th-anniversary year. 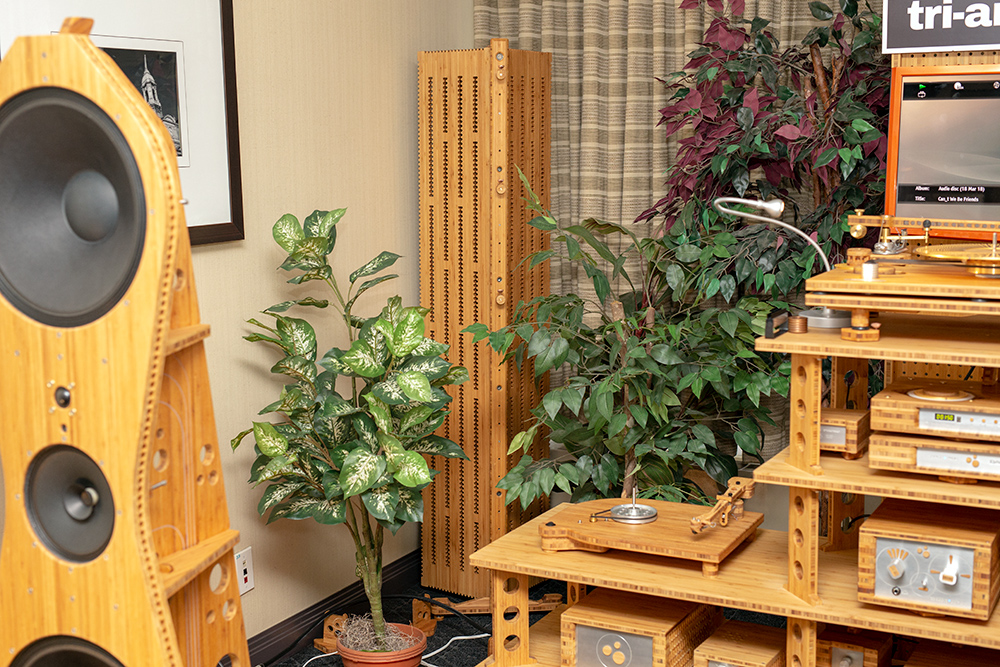 Here’s something you don’t see every day: a bamboo resonating tree. It’s the Tri-Art Resonating Tree, to be more specific. This imposing structure is designed to be placed in front room corners, where it is said to reduce room resonances. There’s more, though -- the Resonating Tree is an active component, loaded with six supertweeters in each tower. The supertweeters kick in at 47kHz and “bubble the air,” according to Tri-Art president Stephen Ginsberg. 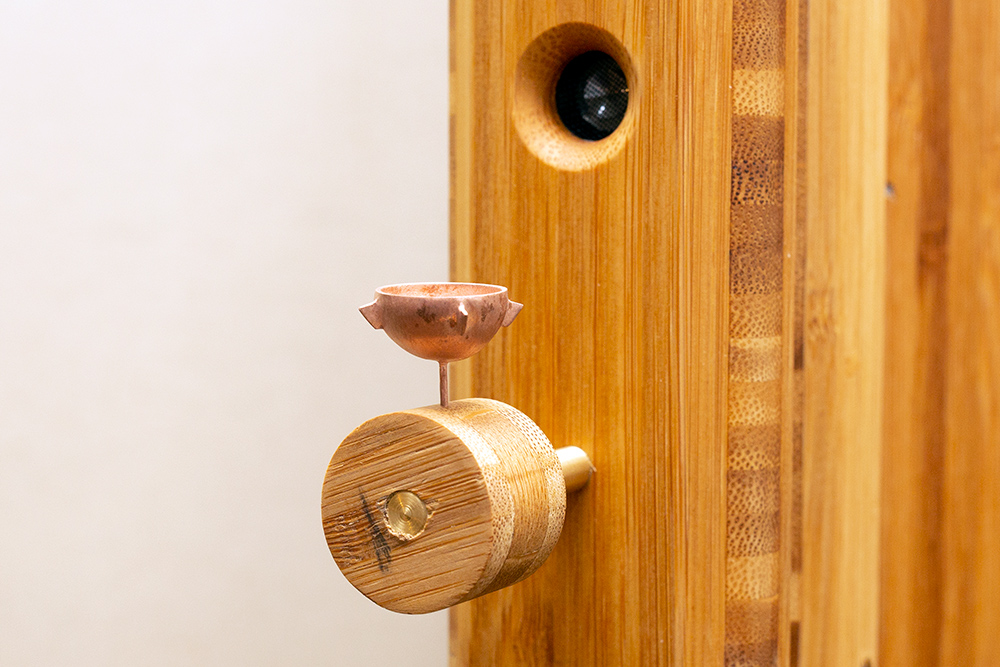 We’re not done yet. There’s room in front of each supertweeter to place Tri-Art’s Wingots -- tiny metal bowls, which the company says are excited by the supertweeters and thus further energize and condition the air. Additional tuning can be achieved by placing metal beads in the bowls.

The Wingots are made to a jewel-like standard, and are available in copper, silver, gold, and platinum. Prices for the Wingots start at $300 each in copper, and climb rapidly for other options. The Resonating Tree is $1600, and doesn’t take much power to drive, so you don’t have to be too spendy on an amp for them -- Tri-Art was using its own S-Series 25Wpc stereo amp ($300) to drive two Trees.

I’m building a new equipment rack, and thus have a deep current interest in isolation platforms. So I spent a while picking the brain of Dave Morrison, president of IsoAcoustics, for ideas. In passing, Morrison showed me the company’s new Delos line of isolation platforms, which look like fabulously good units. Made from solid walnut, the Delos platforms employ the company’s Iso-Puck isolation discs, which are bolted to the underside of the platform. The Iso-Pucks are oriented so that the side that makes contact with the shelf underneath is slightly concave. This shape has a mild suction-cup effect, helping to hold it into place. The quality of the woodworking is exceptional, and the walnut is buffed to a nice satin finish. 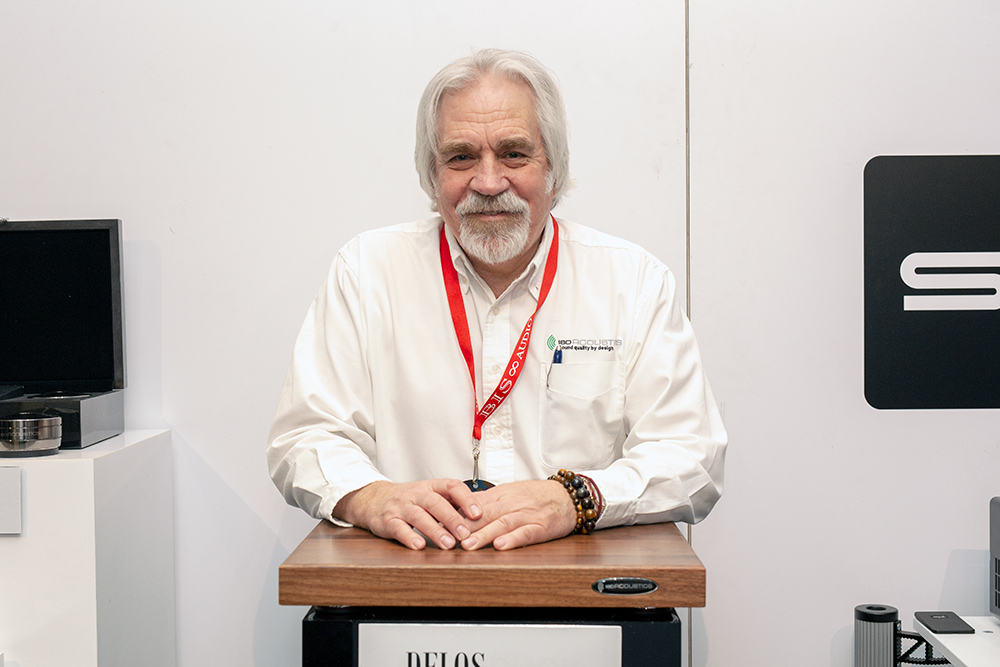 Kimber Kable, exhibiting in the Kimbercan room, was showing a line so new that the name isn’t yet finalized. Provisionally named the Carbon series, these cables employ a carbon semiconductor mid-layer that fills the microscopic voids in the copper. According to Kimber Kable general manager Lonny Gould, the carbon mid-layer results in a 5% increase in conductivity. The outer insulation is composed of Teflon. 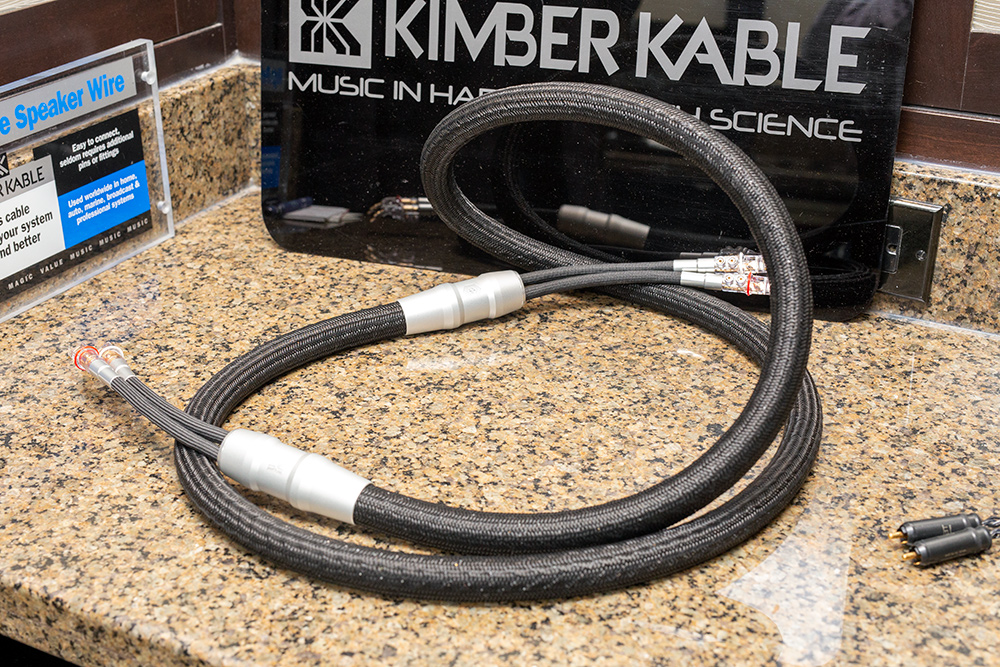 The Carbon speaker cable comprises two 13-gauge wires run in parallel for lower resistance. Surrounding this are eight 19-gauge conductors each for positive and negative, braided in such a way that they cross each other at right angles. Pricing for the Carbon series has yet to be announced.