The first Los Angeles Audio Show kicked off on Friday at the Sheraton Gateway Los Angeles Hotel, just down the street from Los Angeles International Airport (LAX). For a first-time effort, it seemed pretty successful, with five floors of exhibits and a few big-name brands such as Sony and Harman joining the usual slew of high-end boutique brands.

I’ll start my coverage of the show with photos of the most interesting new or recently introduced headphones, earphones, and headphone-related products I saw at the show. All prices in USD. 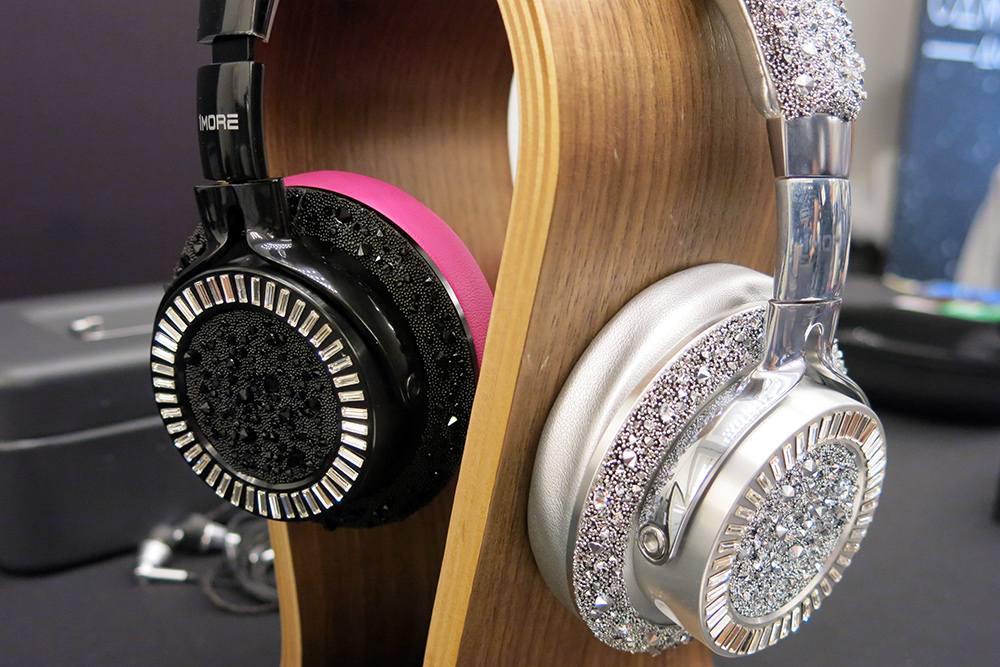 The headphones you see here are the result of a partnership between high-value headphone company 1More and Swarovski, makers of crystals that people glue onto stuff to make it look more chi-chi. Beneath all the bling are the company’s upcoming Triple Driver over-ear headphones ($199), which incorporate a unique arrangement of a 44mm beryllium-diaphragm midbass driver, a piezoelectric tweeter, and a passive radiator. Of course, the 5228 crystals applied to the headphones add to the price, which has yet to be determined but is expected to be “in the thousands of dollars.” 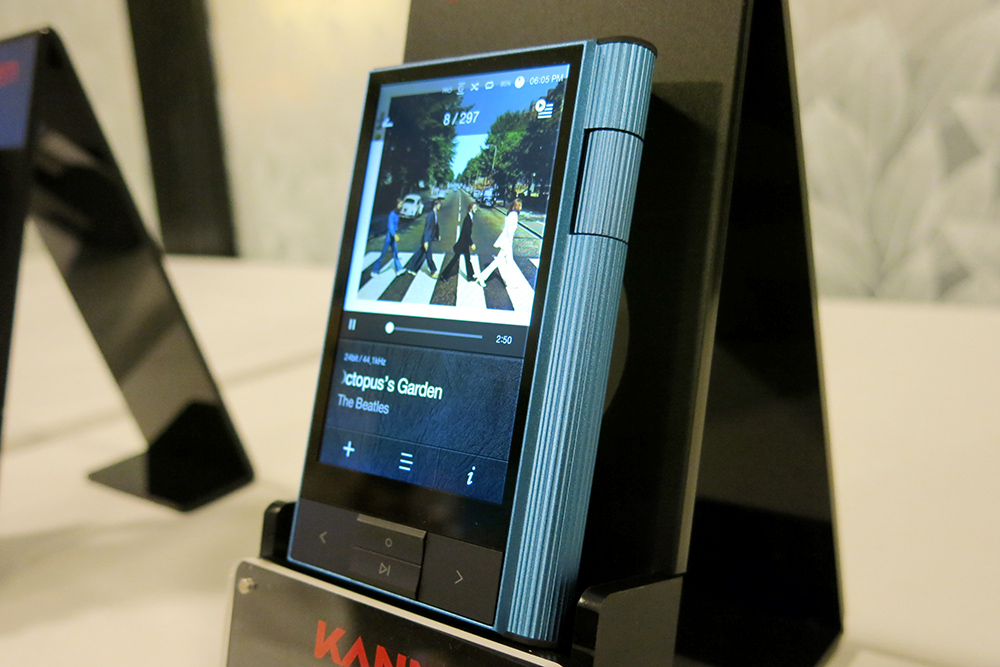 At last month’s High End show, in Munich, Germany, Astell&Kern debuted its high-end A&ultima line. My show report focused on the SP1000, but the Kann ($999), which is much less costly than the SP1000 ($3499), is just as interesting. The Kann is a chunkier unit, but its output is rated at 7V RMS, versus 3.9V RMS for the SP1000. That translates into roughly 1.5W into 32 ohms for the Kann versus 0.5W for the SP1000. The Kann has no shortage of high-end features either, with balanced and unbalanced headphone and line outputs, DSD256 and 32/384 PCM capability, 64GB of onboard memory, plus slots for Micro SD cards up to 256GB and standard SD cards up to 512GB, for a total storage of 832GB. A USB Type-C connector allows faster charging. 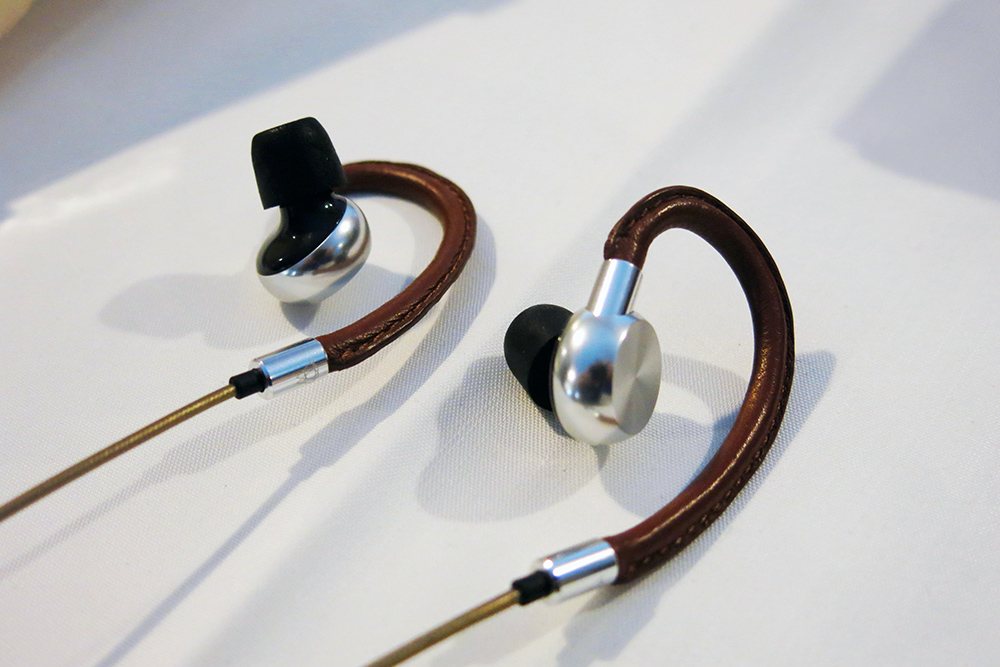 Aedle headphones and earphones are a joint effort of a group of artisans meeting together in Paris with the goal of creating luxurious yet practical audio products. The ODS-1 earphones ($360) mount a 10mm dynamic driver in a machined-aluminum enclosure, with hand-stitched Italian leather covering the ends of the cables and guiding the cables over the listener’s earlobes. The ODS-1s include silicone and foam tips in three sizes each. A Bluetooth wireless version will soon be available for a premium of $30 to $40. 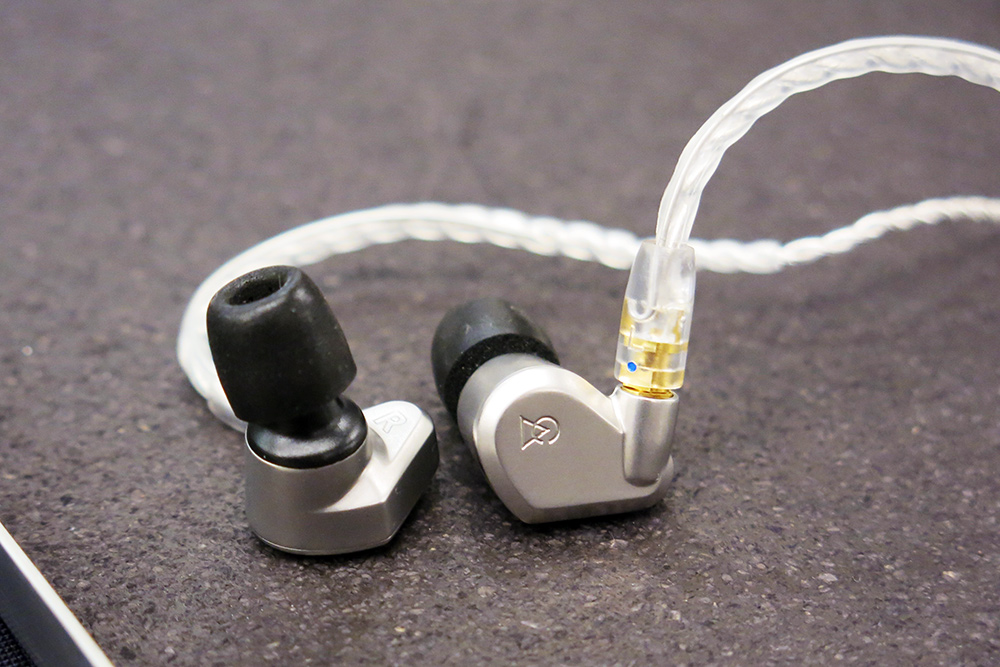 Campfire Audio’s Vegas ($1299), the flagship model in the company’s line of high-end earphones, are among the most expensive dynamic-driver earphones I’ve encountered. Why so costly? Because of their drivers’ diamond-coated diaphragms, custom-made beryllium-copper cable connectors, liquid-metal enclosures, and the fact that they’re made in Portland, Oregon. 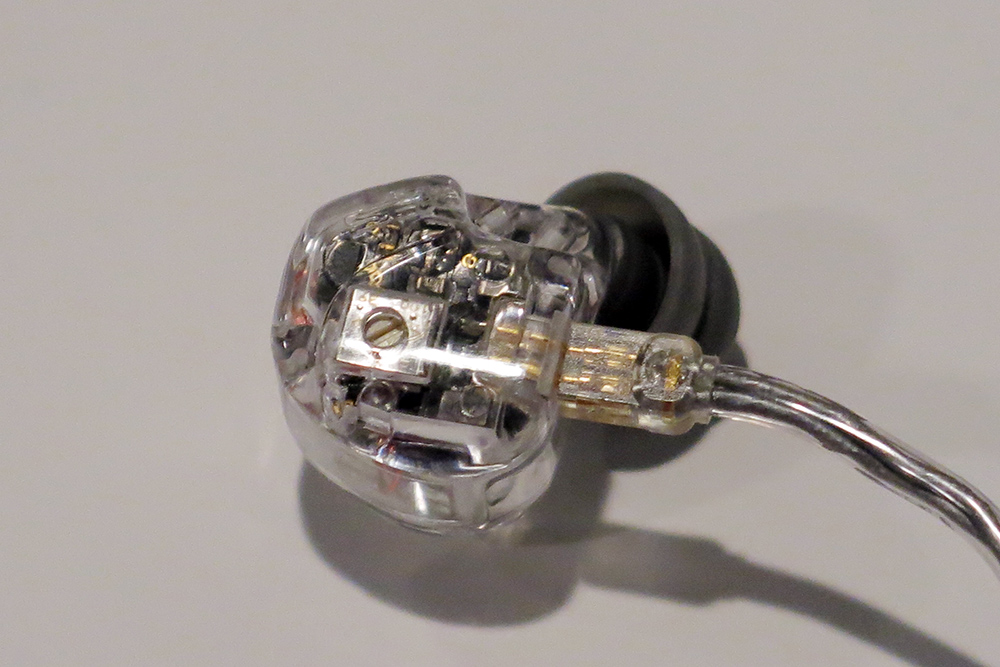 EarSonics is a brand of earphones hand-made in France and now imported into North America by Audio Plus Services, best known as a distributor for brands such as Focal and Naim. The company makes pro-oriented custom-molded earphones as well as consumer-oriented universal-fit earphones. The Velvet v2 earphones ($799) shown here are the model oriented most strongly toward audio enthusiasts. The earphones incorporate three balanced armatures in each earpiece. A tiny screw adjustment lets the listener fine-tune the bass response. 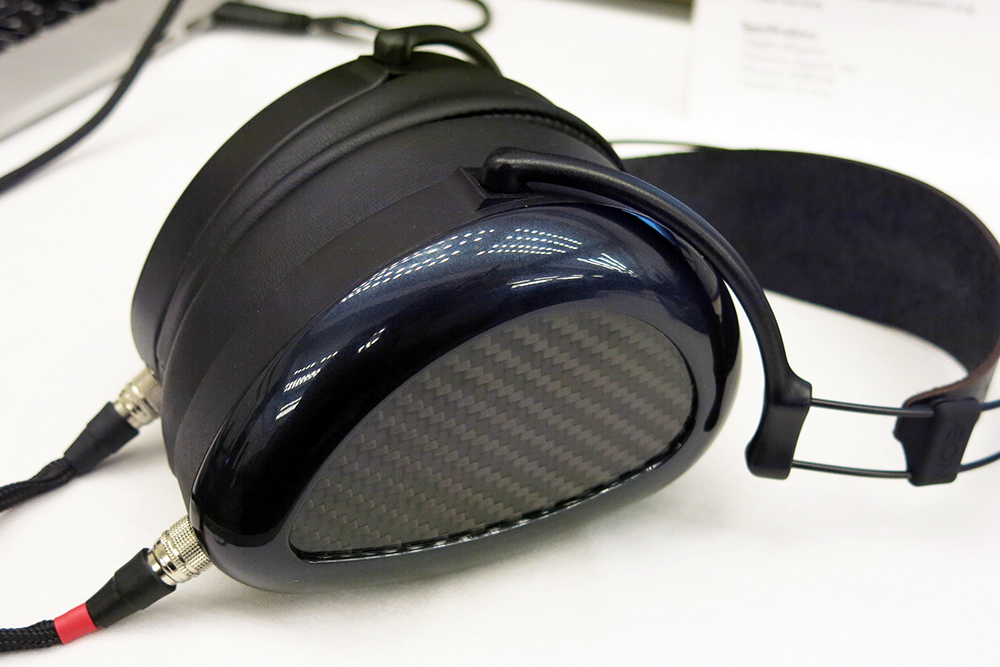 The Aeon Flows ($799) are, in my opinion, the most elegant and practical headphones yet produced by MrSpeakers, which specializes in high-end models using planar-magnetic drivers. The closed-back headphones have a 13-ohm impedance said to make them easy to drive with smartphones. Otherwise, they’re similar to the company’s higher-end models. I was impressed with the Aeon Flows’ comfort and detailed, spacious sound. 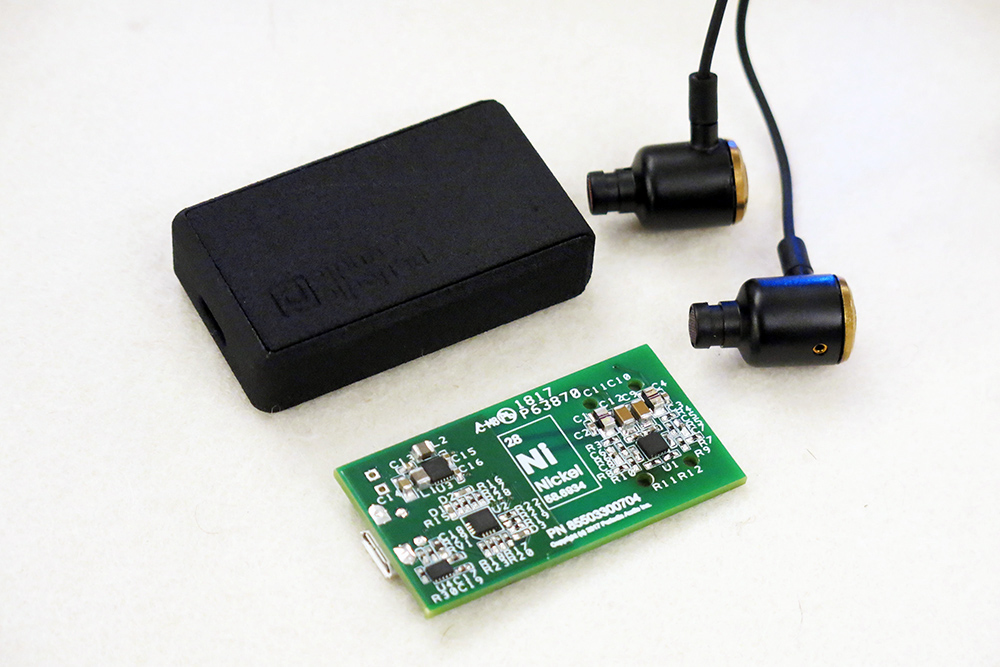 Periodic Audio’s new Nickel amp ($199), seen next to its Be beryllium-driver earphones ($299), is intended to deliver high-end headphone amp performance in a tiny package. The output is said to be 250mW, which is comparable to what many large, non-portable headphone amps produce, and battery life is rated at ten hours. The all-analog amp works with any source device, including smartphones and tablets. 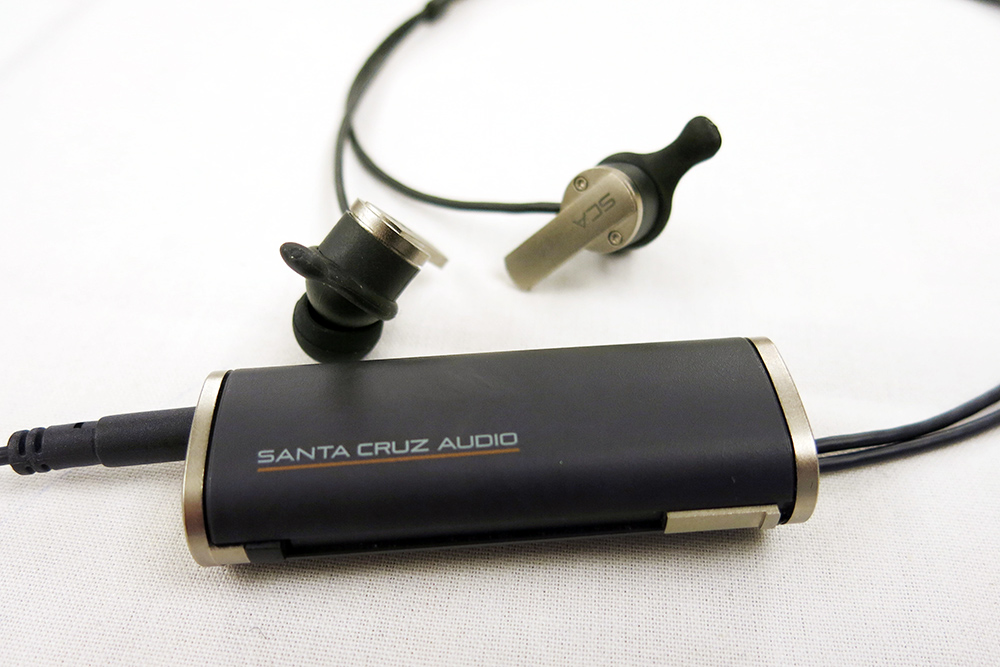 The Santa Cruz Audio SC1000s ($585) are a unique set of earphones that incorporate a microphone in each earpiece, with a level control that lets you adjust the mix of sound from the microphones with your music, so you can flick on the microphones to hear outside sounds, then dial them back down to focus on the music again. A cable connects the amplifier dongle to the source device (i.e., smartphone or tablet). You can also use them as adjustable earplugs that let in whatever level of outside sound you desire.