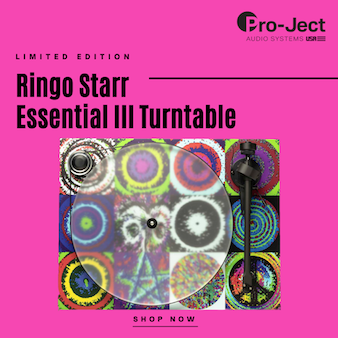 At High End 2019, it seems you can’t walk more than a few meters before you trip over a new loudspeaker. Although there were innumerable new models to see this year, there were a few that really caught my eyes . . . and ears. All prices are in euros (€) or US dollars ($). 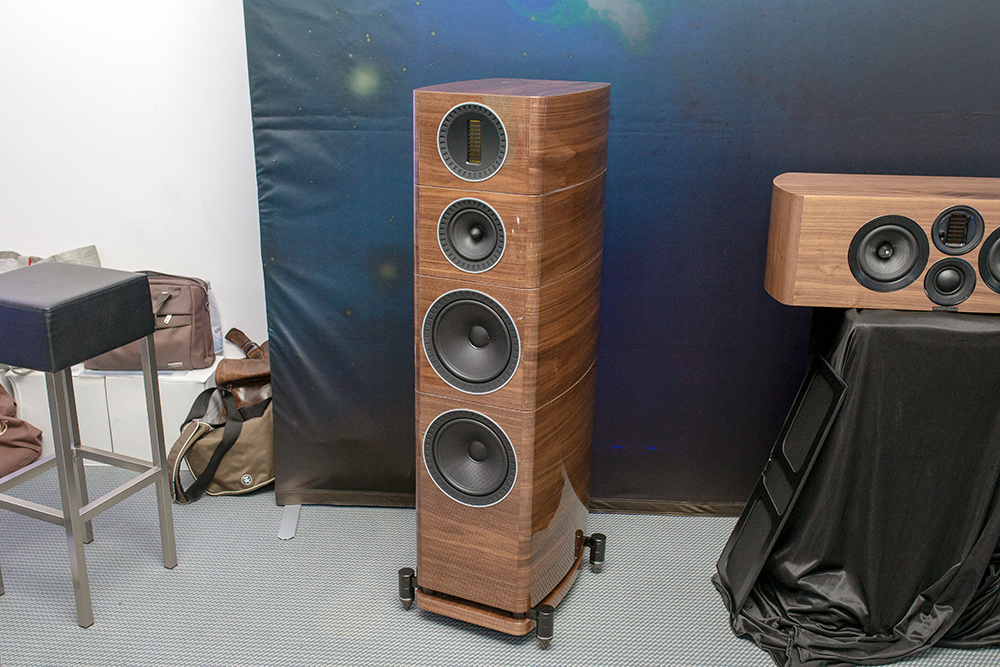 British manufacturer Wharfedale is best known for budget-minded loudspeakers that start at only a few hundred dollars. At High End 2019, the company went against type with a much more ambitious product line called Elysian, which comprises two models: the floorstanding Elysian 4 (shown above) and standmounted Elysian 2 (below). Both feature an AMT (Air Motion Transformer) tweeter, a type popularized in speakers by GoldenEar Technology, MartinLogan, and others. According to Peter Comeau, director of acoustic design for the IAG Group of audio companies, Wharfedale worked with its American design partner to develop the AMT driver and with Scan-Speak to develop the bass and midrange drivers. 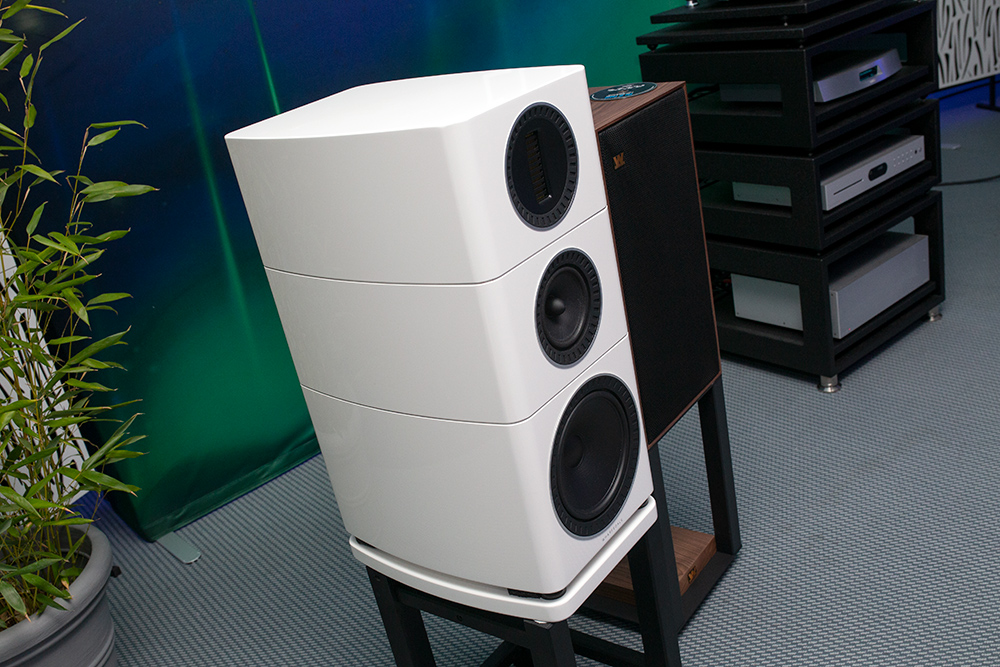 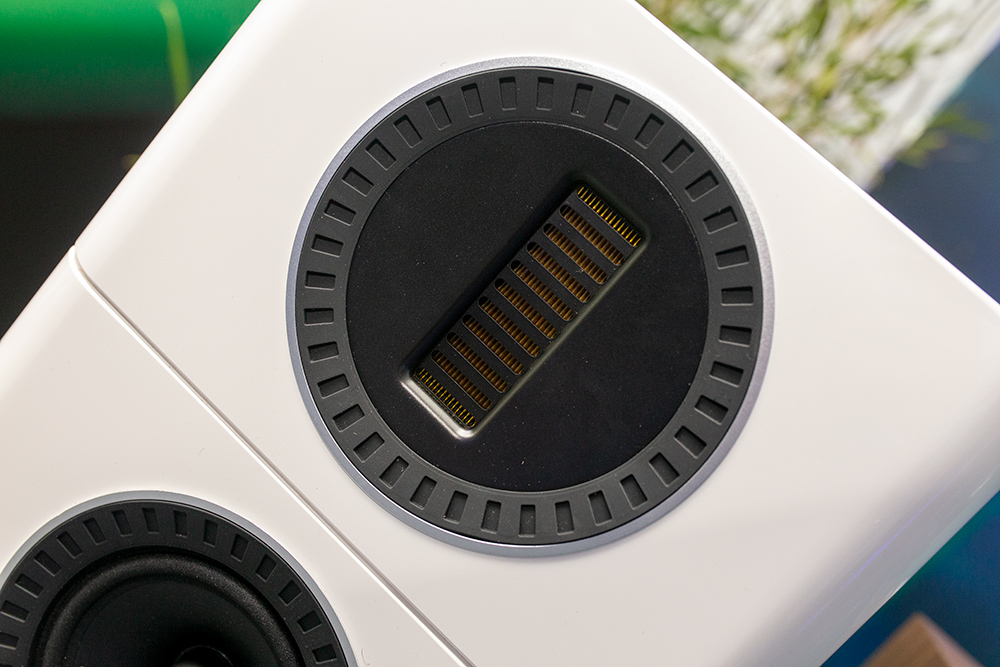 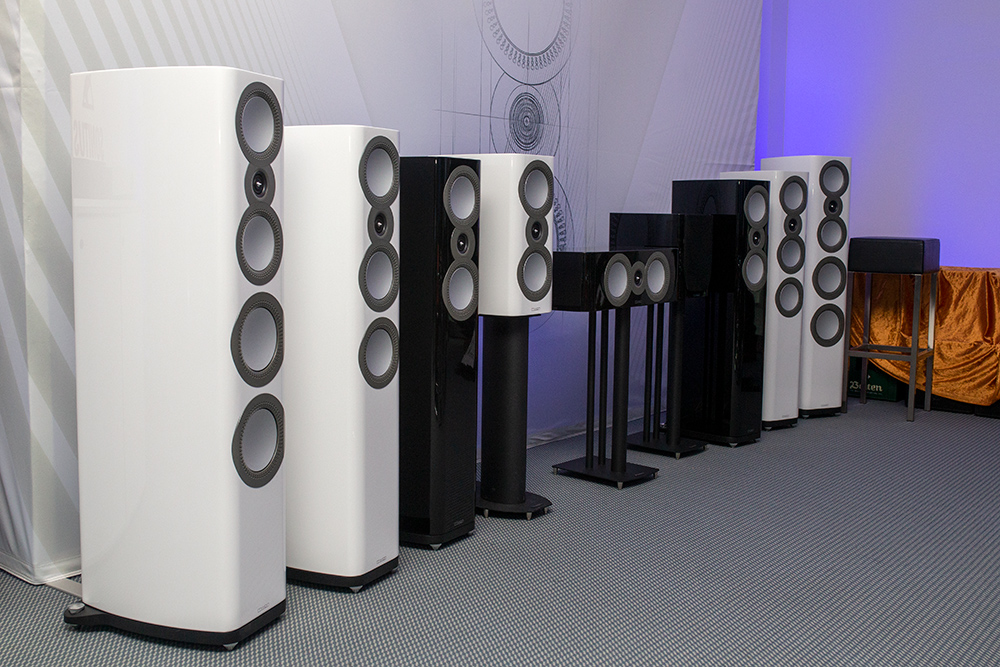 Mission -- owned by IAG Group, the same parent company as Wharfedale -- demoed a new top range of speakers, the ZX line, which consists of eight models. The ZX speakers start at €499/pair for the smallest stand-mounted model, the ZX-1, and top out at €1599/pair for the largest three-way floorstander, the ZX-5. The line also includes two center speakers and one surround speaker.

All of the ZX models feature a 1.5" ring-radiator tweeter and 5.25" or 6.5" aluminum-cone bass-midrange drivers, and are available in attractive gloss black or white finishes. The bass-midrange drivers feature Mission’s DiaDrive twin-cone construction -- the diaphragm has a front aluminum cone bonded to a rear pulp-acrylic cone, both attached to the voice coil for added strength and rigidity. 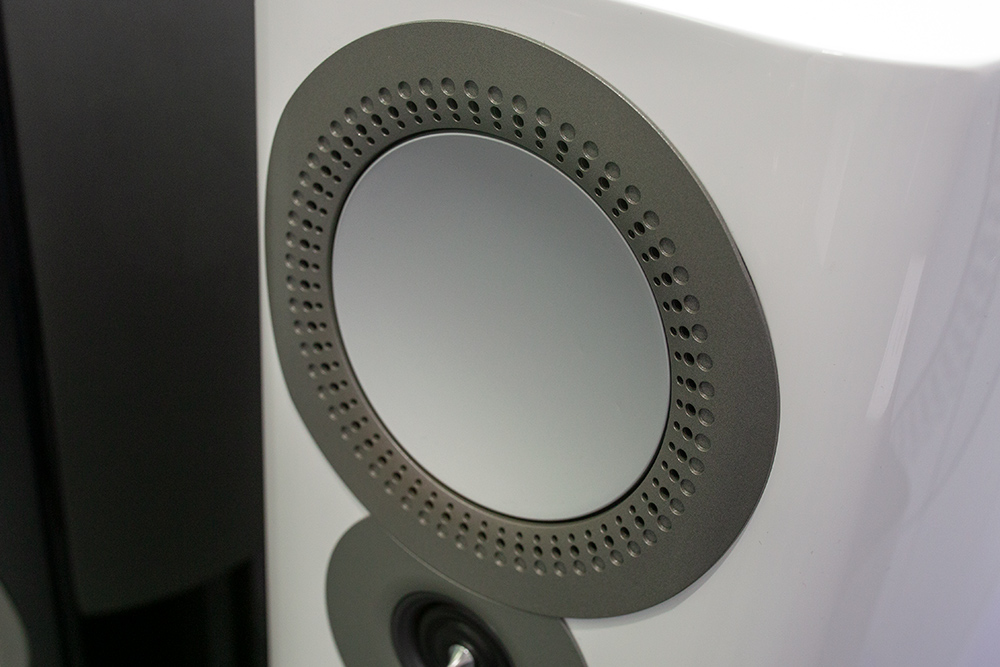 . . . woofer’s surround (the flexible ring that connects the outer edge of the cone to the basket) has a vented cover that “controls the spurious output from the diaphragm edge, improving midrange clarity.” The tweeter also has its own rear chamber to isolate it from the effects of the woofer. The ZX series should be available in June. 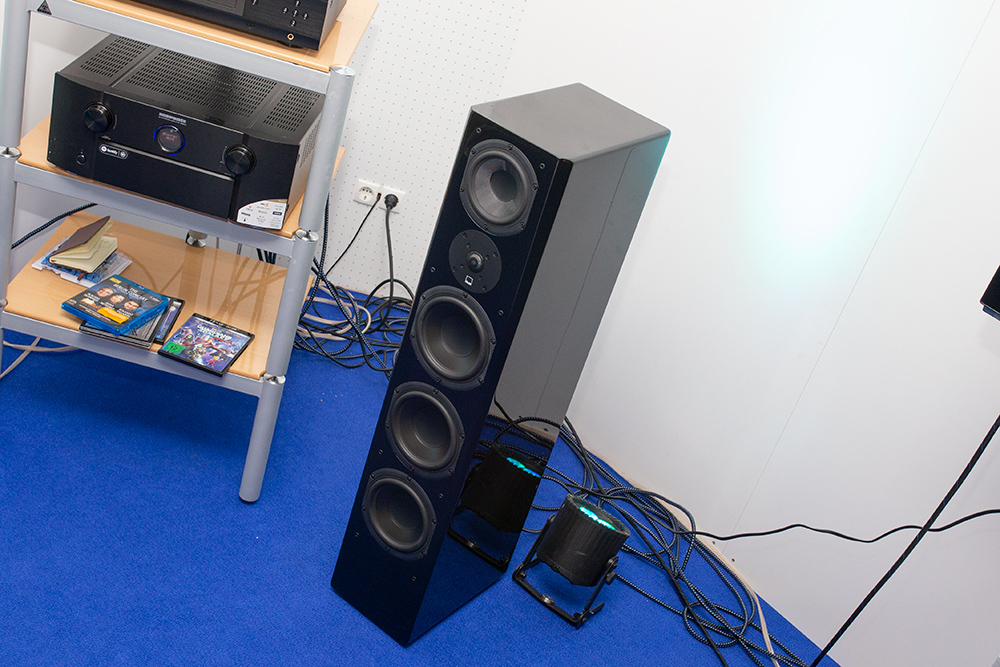 The SVS Prime Pinnacle loudspeaker packs many features from the company’s top-of-the-line Ultra Tower into a slimmer, more room-friendly configuration. The Prime Pinnacle features a 1" aluminum-dome tweeter, 5.25" composite glass-fiber-cone midrange, and three 6.5" woofers, each placed within its own ported sub-enclosure. Available now in either Premium Black Ash or Premium Gloss Black for €899 or €999 per speaker, respectively, the Prime Pinnacle looks to continue SVS’s reputation of providing extreme value in moderately priced components. Look for a review of the SVS Prime Pinnacle loudspeaker from Philip Beaudette on a SoundStage! Network site soon. 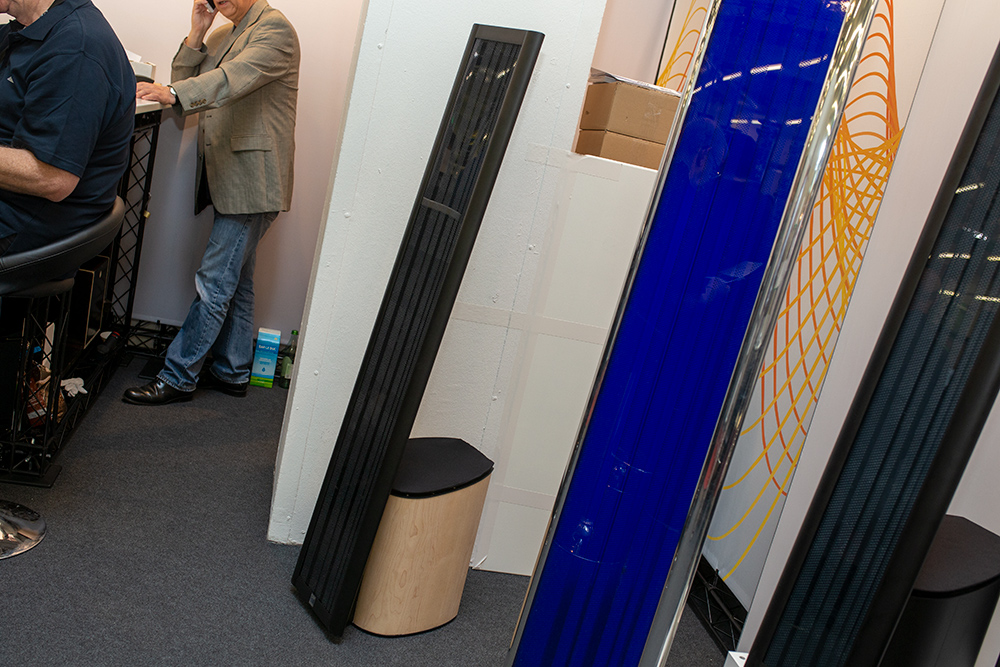 After a hiatus of a few years, Final is back, and the original founders -- brothers Maarten and Michiel Smits -- have returned to lead the company once again. The Netherlands-based company is known for electrostatic speakers, and for its return, it’s launching five new ’stats: models 3, 5, 7, 12, and 15. Each is available as a purely electrostatic panel or as a hybrid design that adds an integrated dynamic bass section with a metal-cone woofer. Both the pure electrostatic and hybrid designs are available in traditional passive versions or active versions with built-in amplification. 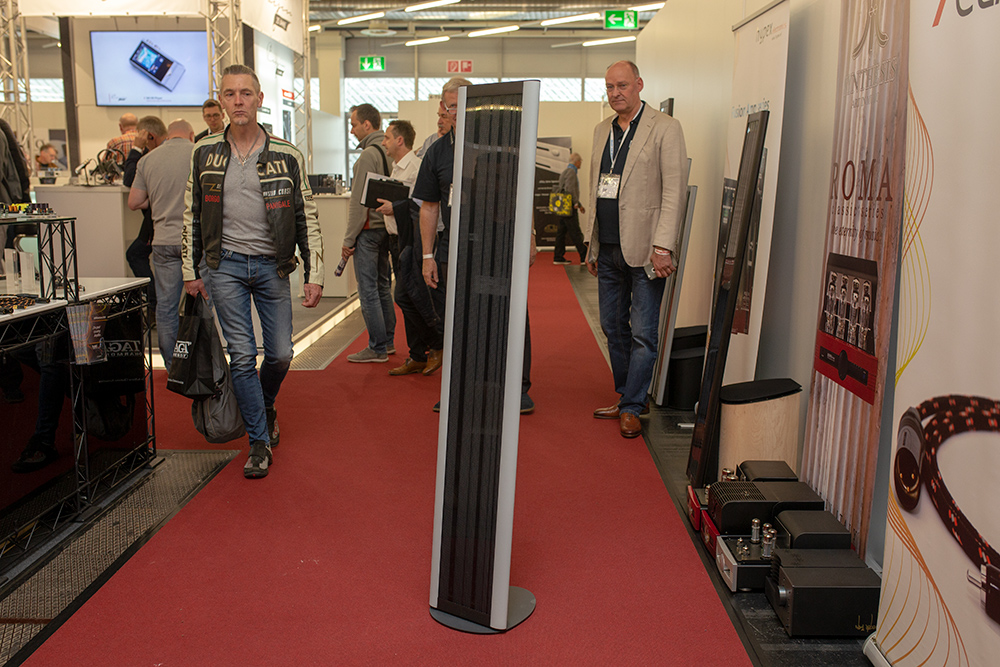 For example, the Model 7 (shown above) is available with just the passive electrostatic panel for €2499/pair . . . 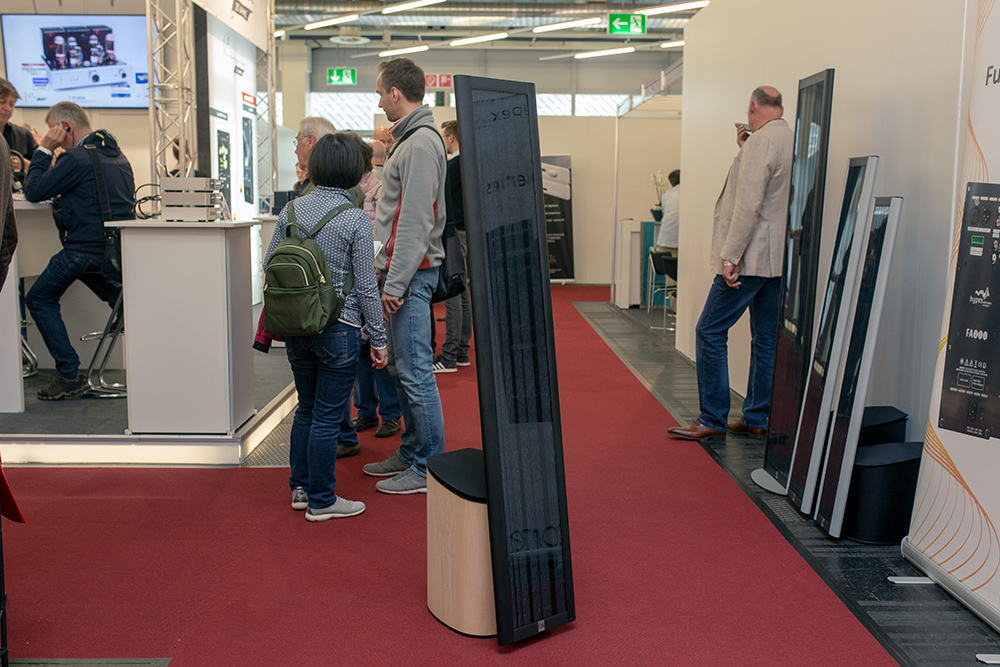 . . . or in the passive hybrid version with the subwoofer section priced at €2999/pair.

Both the electrostatic panel and hybrid versions are available as active models for €2999/pair and €3499/pair, respectively. 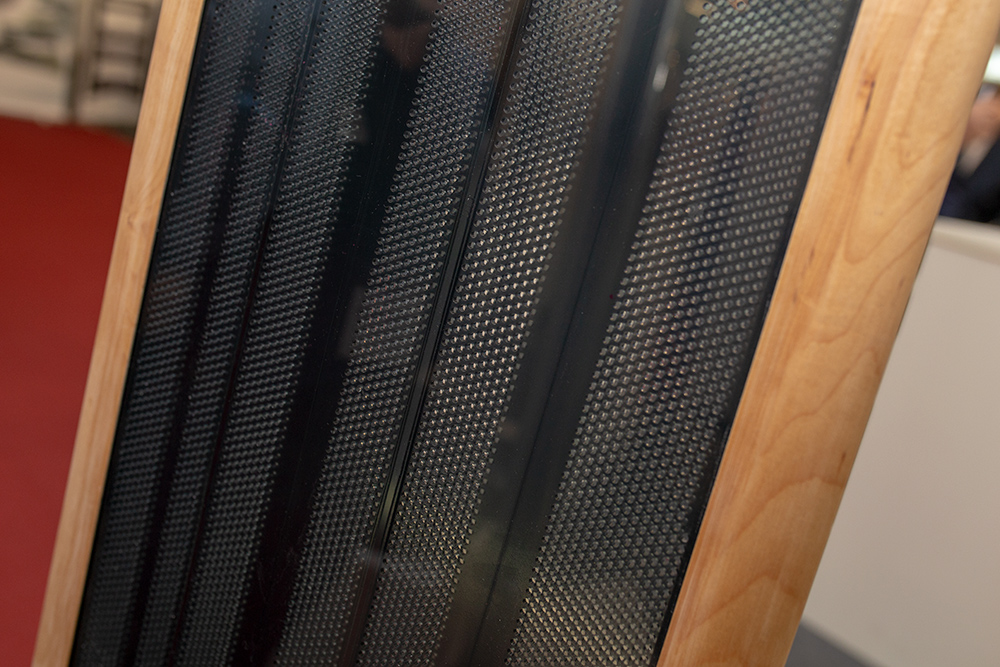 Unlike my reference MartinLogan Masterpiece Classic ESL 9 speakers, all Final speakers feature a flat -- not curved -- panel that Final believes is required to “maintain a symmetrical push and pull on the diaphragm.” The electrostatic diaphragms of all the speakers are made from a new generation of 12-micron-thick Mylar film; Final calls the resulting drivers Super Linear Electrostatic Transducers. 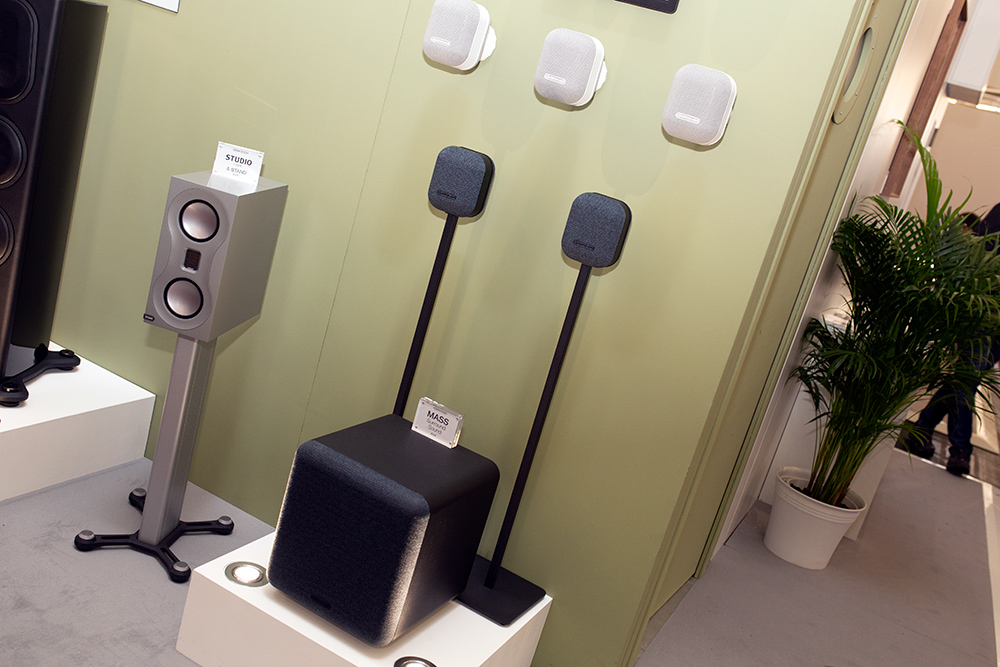 The Mass satellites feature a .75" soft-dome tweeter with thermal protection and a 3.25" bass-midrange driver with an MMP II (Metal Matrix Polymer) cone. A wall bracket and attachment for the optional stands are both integral to the satellites’ design.

The Mass subwoofer has an 8" long-throw woofer (also with an MMP cone), driven by a 125W class-D amplifier with digital signal processing.