In last year’s High End report, I raved about Princeton University professor Edgar Choueiri’s great demo of his BACCH-SP system, which uses in-ear microphones to measure the way your ears perceive the sound from your system, then uses digital signal processing to cancel crosstalk between the left and right speakers and produce an incredibly realistic stereo soundstage. Great as the demo was, though, the $54,000 processor seemed more like an awesome science project than a real product.

Choueiri and his colleagues spent much of the last year incorporating feedback they received from people in the audio industry, and the result is two new BACCH-SP products that, while still quite costly, are much more practical for use in a high-end system: the $18,500 Dio, which has digital input and output only, and the $23,800 Adio, which puts the BACCH-SP technology into a fully integrated DAC-preamp with analog and digital inputs. 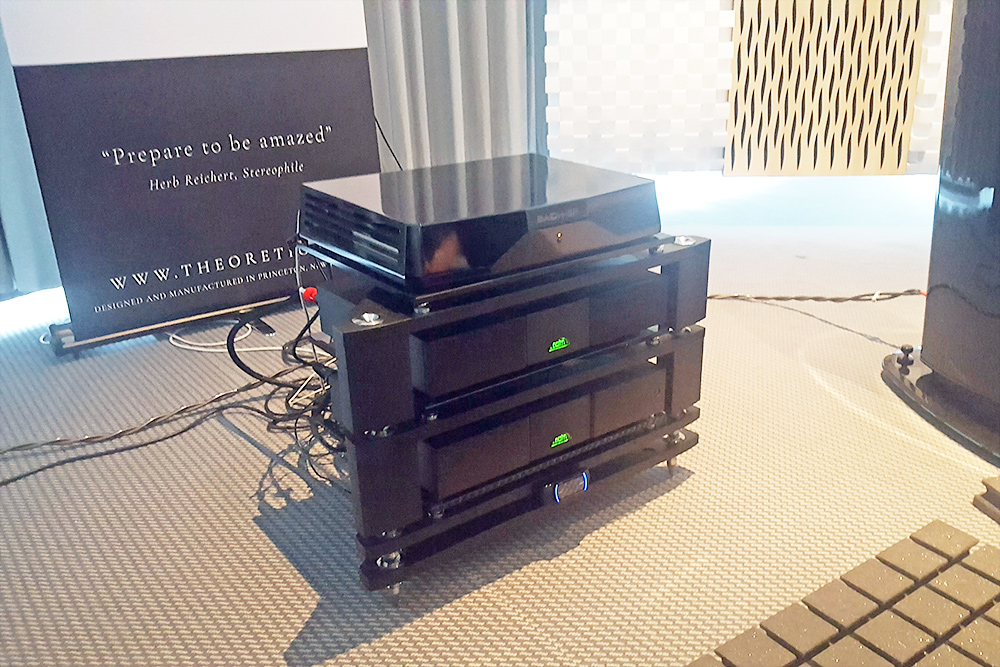 The demo system used Focal Sopra No2 speakers and Naim amplifiers along with the Adio. To start, Choueiri had the person sitting front and center put tiny microphones (which look much like Etymotic earphones) into his ears, then calibrated the system’s camera-based head tracker to focus on the subject’s head. He triggered the Adio (which he controlled through a tablet app) to run some test tones, then played some Chesky Records binaural recordings (made with a dummy head typically used for headphone measurement) through the system. 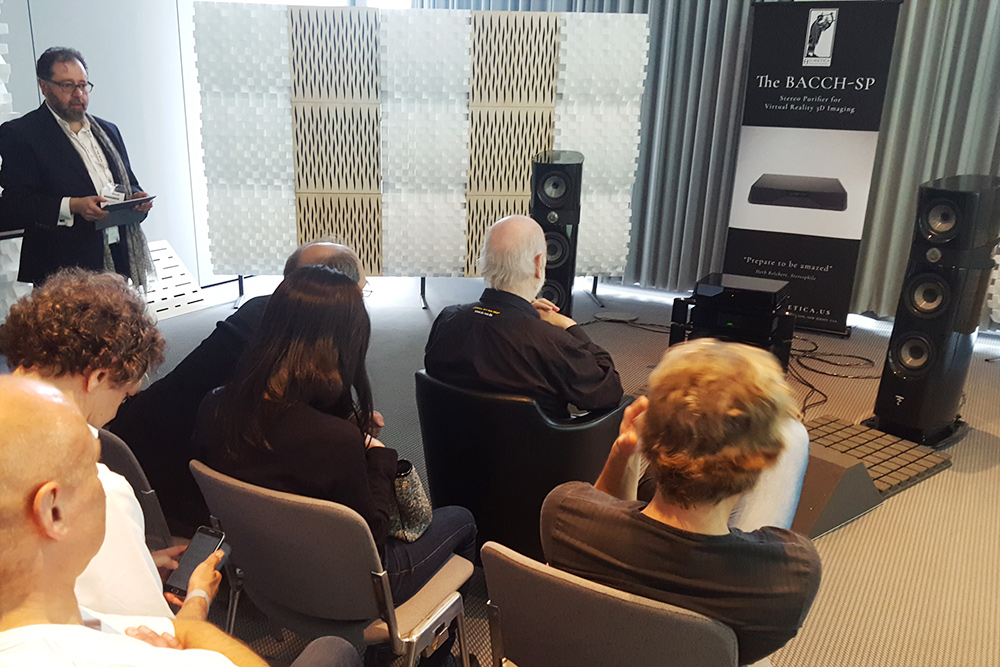 I was astonished that even from my less-optimal seating position, the BACCH-SP processor seemed to float sonic images way, way behind the outer edges of the Focals, to a degree that made a typical audio system’s ability to image beyond the speakers seem lame. I heard rock-solid images way out to the sides of the room. Not just ambience, mind you -- I’m talking about precisely focused sonic images.

I wondered how much better the sound could possibly be for the guy in front, but I got a better idea from Choueiri’s next demo, where he turned on a recorder connected to the same in-ear microphones, and recorded his voice from various points around the room, as well as a door slam from the back of the room. When he played back the recording through the BACCH-SP processor, the image of Choueiri’s voice stayed focused through a range of about 60 degrees to the side of each speaker, but got a little less focused at 90 degrees. The door slam from the back of the room wasn’t well focused, although I’m sure the guy whose ears hosted the microphones practically jumped out of his chair. 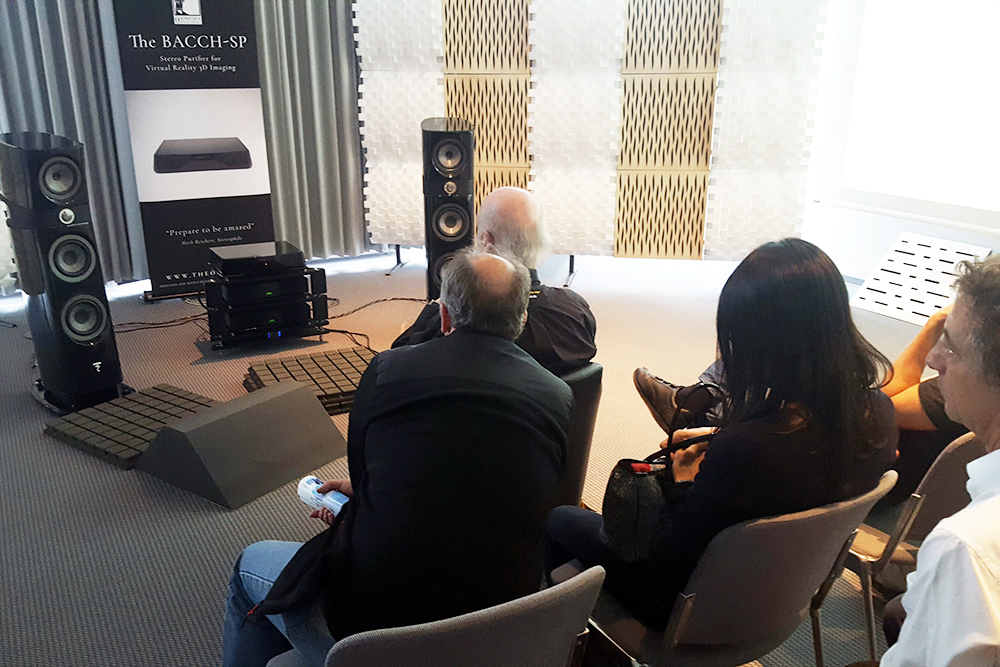 I’ll be curious to see how far Choueiri and his colleagues can take this system by next year’s show. I think there’s no other system I’ve heard that even comes close to offering the kind of realism the BACCH-SP system delivers. And when audiophiles spend tens of thousands of dollars for upgrades that produce only a subtle difference, spending somewhere in the range of 20 grand for something that makes a colossal improvement anyone can hear seems like a bargain.