Much of the action in headphone amps has shifted over to portable music players and amplifiers, but there are still plenty of people who want to plug their headphones into a high-quality amp, sit at home in a nice, quiet environment, and listen to their music in peace. The High End show has plenty of new headphone amps on display. Here are my favorites I’ve seen so far, with prices in euros or USD as indicated. 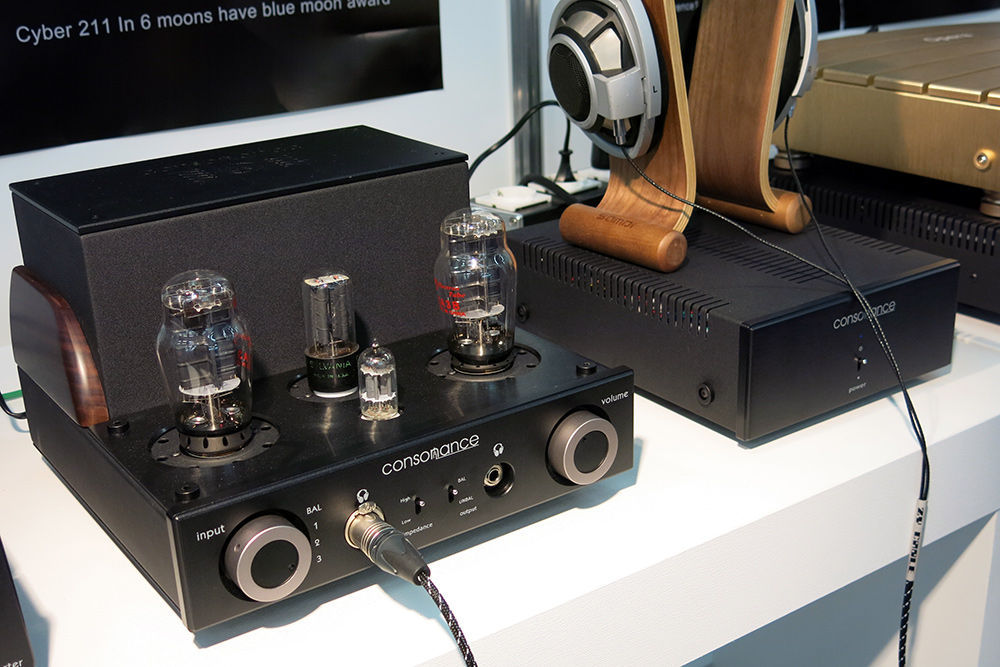 Consonance focuses on made-in-Germany tube audio electronics, and the Linear5 is its latest tube headphone amp. It’s an all-analog design (no DAC) with balanced and unbalanced output, an XLR balanced input, and three RCA unbalanced inputs. An external power supply (seen at right of the amp) provides the juice to drive the tubes. Price hasn’t been set but is expected to be under €5000. 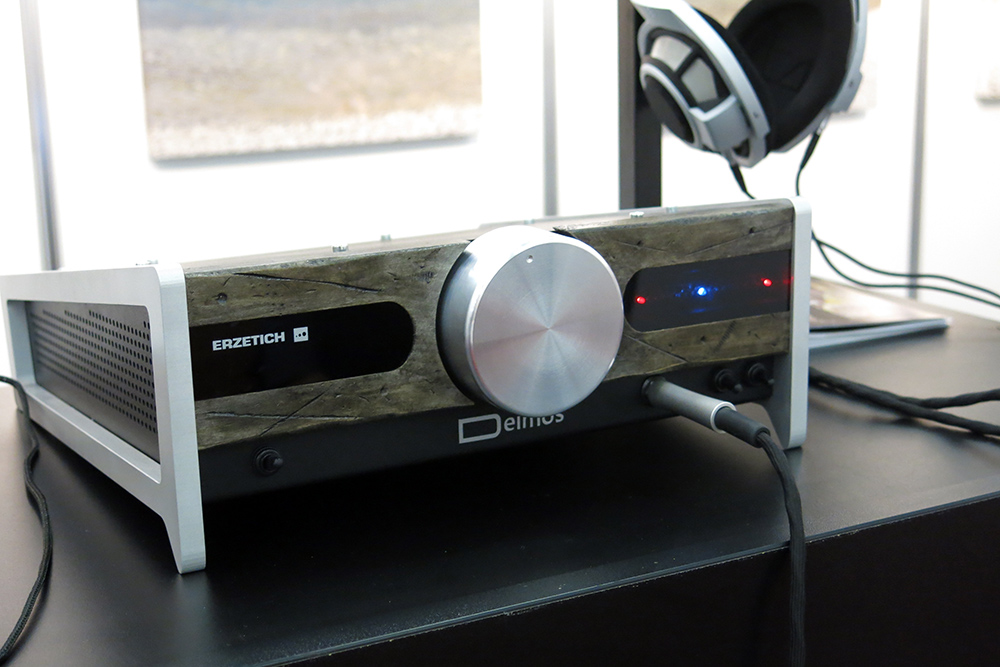 I’d never heard of Erzetich before, but you can’t blame me: It’s a boutique company from Slovenia that sells handmade high-end headphone amps. But the design and the tech are a step above what I expect from such a small company. The Deimos (€4000) is the company’s top-of-the-line model. It’s a straightforward dual-mono, class-A design with just XLR and RCA analog inputs, but it does use a precise digital volume control and display. Inside are three separate toroidal transformers: one for the left channel, one for the right channel, and one for the digital volume control and display. 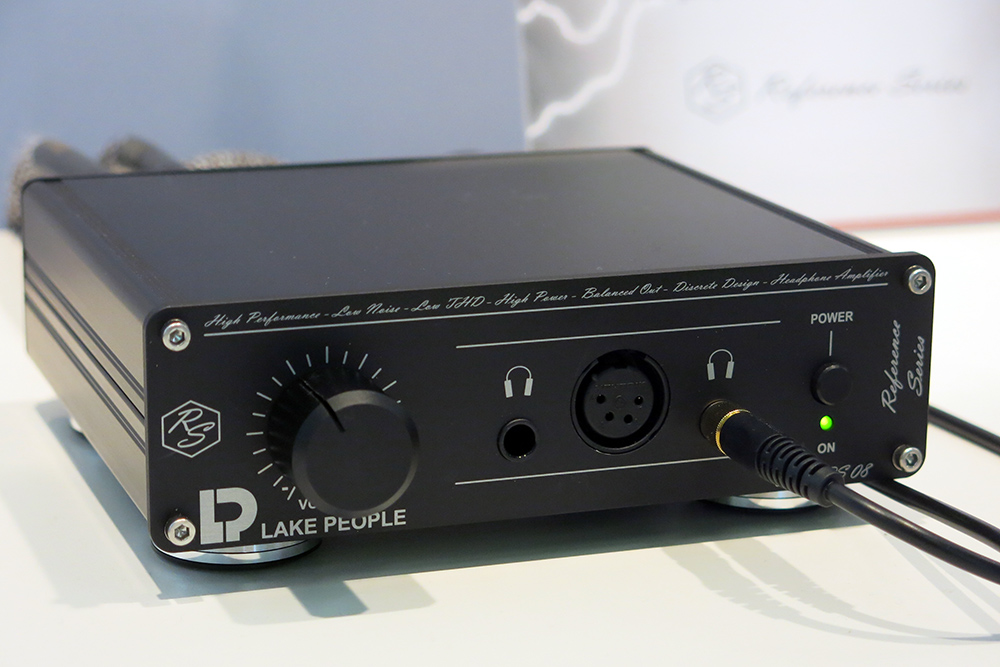 Lake People is a German company specializing in small, utilitarian components. The HPA RS 08 headphone amp (€849) has a balanced output on a four-pin XLR jack plus two standard 1/4" unbalanced inputs. It’s a fully complementary balanced design, with separate amp circuits for the positive and negative halves of each signal, making for four separate amp circuits in total. Gain is adjustable in five steps, and the build quality is pretty impressive, with 0.1%- and 1%-tolerance metal-film resistors throughout, plus a toroidal power supply transformer. 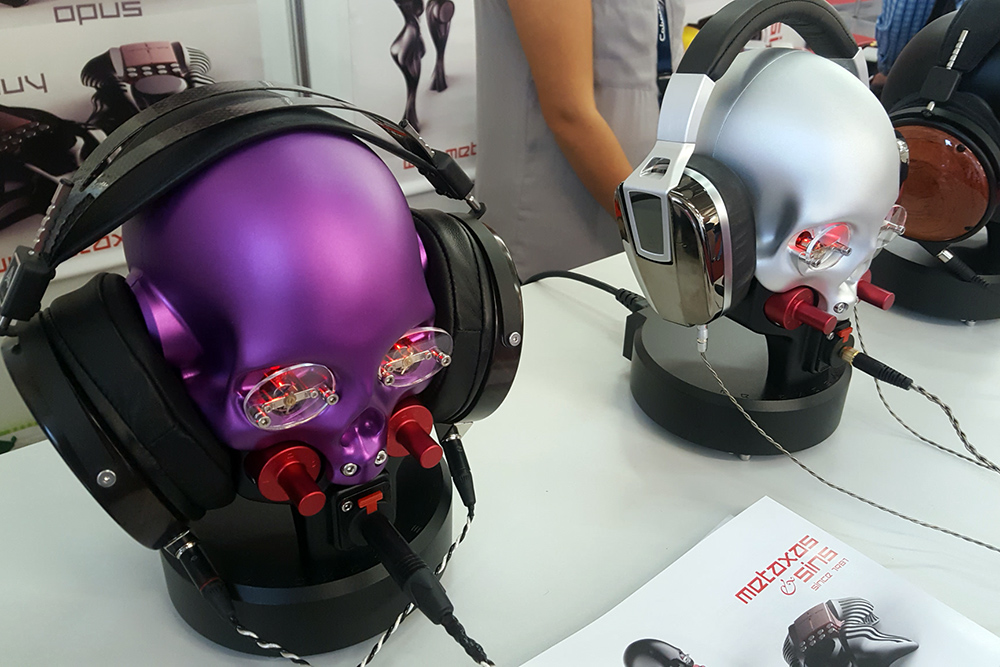 The Metaxas Marquis Memento Mori (starting at €6500) has been out for a few months, but High End was my first chance to see and hear this stunning headphone amp. The left knob selects one of the three unbalanced RCA inputs, the right knob controls volume, and there’s a functioning, illuminated VU meter in each of the skull’s eyes. An RCA output lets you use the Memento Mori as a preamp. It’s available in any of ten anodized finishes. 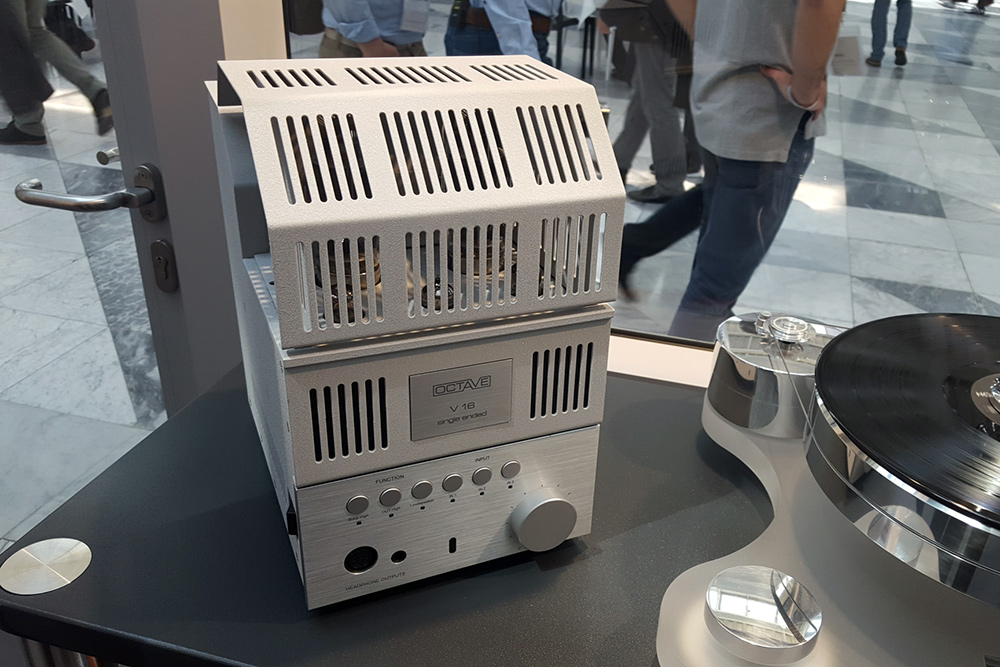 I’d say Octave Audio’s V 16 (€8500) is the most exotic headphone amp I have so far seen at High End. Power comes from a pair of KT120 tubes run in single-ended mode. It has three inputs (one balanced XLR, two unbalanced RCA) along with balanced and unbalanced headphone outputs. Output is rated at 8Wpc, enough that Octave could provide binding posts for driving high-efficiency speakers. Why is it so tall? So Octave’s engineers could orient the internal transformers in a way that doesn’t generate noise. 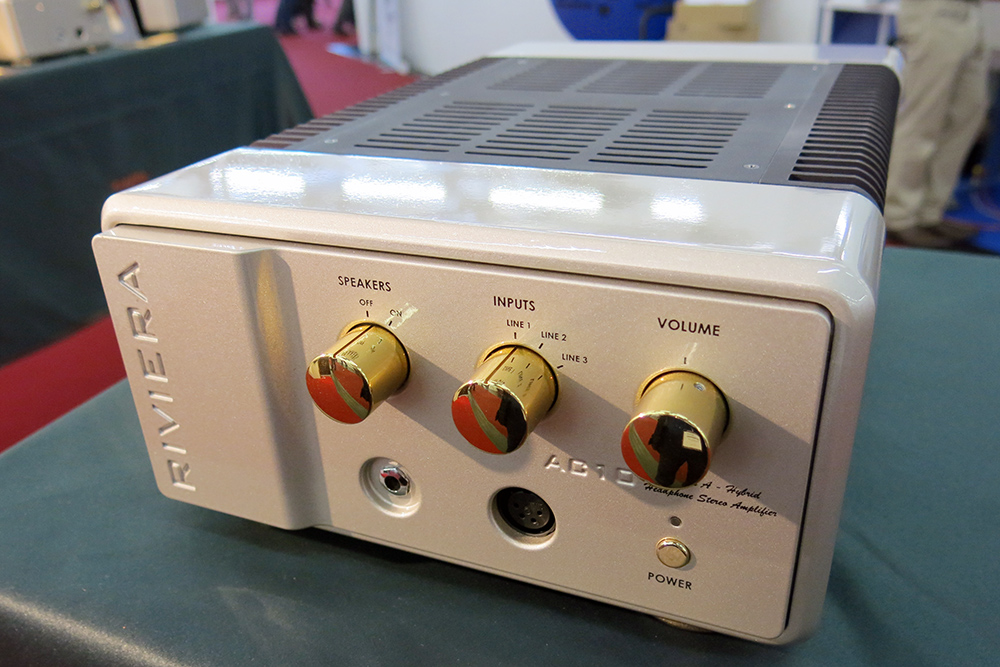 Aesthetically, Riviera’s AIC-10 (€11,500) headphone integrated amp is a throwback to the look of electronics of half a century ago, but its circuitry cleverly combines the best of the old and new. It’s a class-A design with a tube input stage, a BJT (bipolar junction transistor) gain stage, and a MOSFET output stage. According to the company, the only feedback is just a couple of decibels’ worth on the BJT stage. It has three RCA line inputs plus balanced and unbalanced headphone outputs. With 10Wpc, it has plenty enough power for any headphones, and it also has binding posts on the back that let you use it to drive speakers. 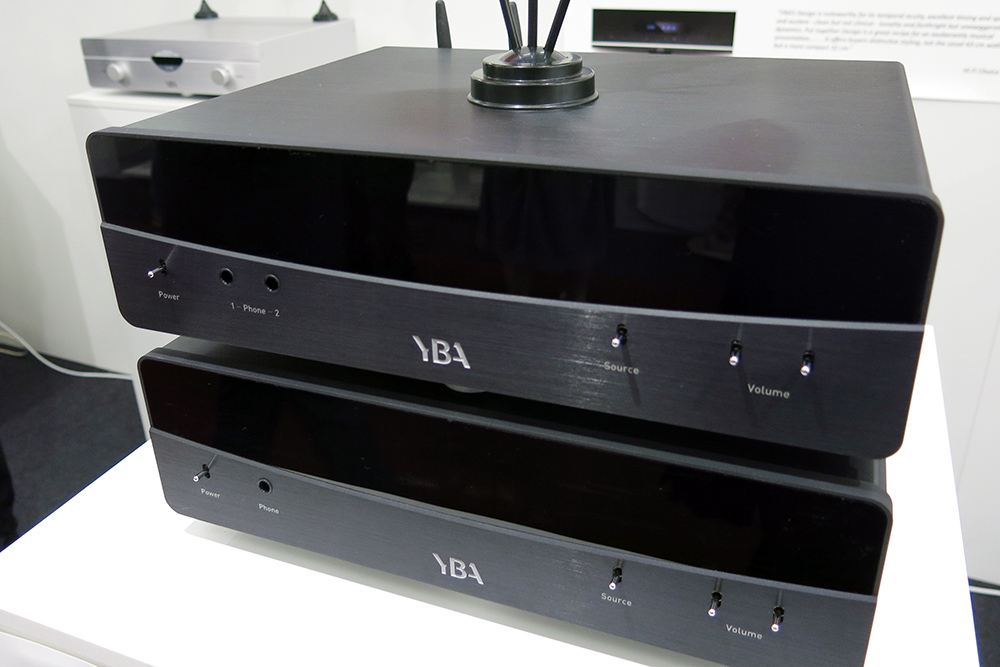 Price has yet to be determined for the Genesis HPD2, YBA’s first dedicated DAC-headphone amp, but it seems likely to become one of the most elite headphone amps on the planet. It has balanced and unbalanced outputs plus numerous inputs: USB, coax, and optical on the digital side, plus three line inputs and a phono input. It even includes Bluetooth.