In Europe, where transportation by train, bus, or plain old feet is more common than in North America, it’s hard to get through the day without a good set of earphones. So I wasn’t surprised to see several new models on display when I began walking the halls of Munich’s High End 2017. As with the headphones, High End showcases a wide range of product, from fairly mass-market stuff to the finest products currently made.

Here are the most interesting headphones I saw during my first day at High End 2017. Prices in euros or USD as indicated. 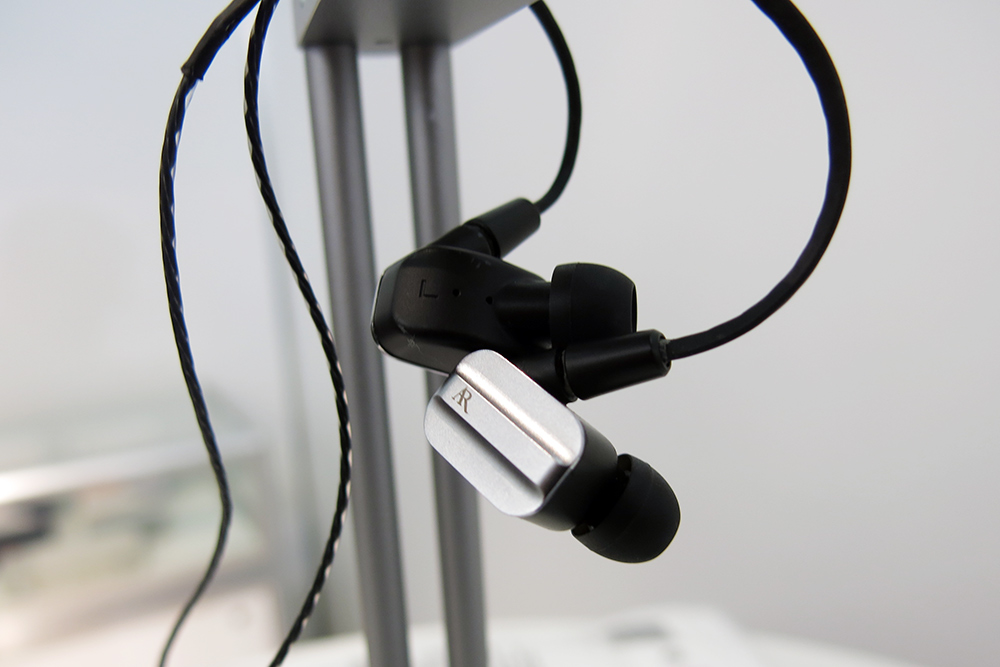 I got my first AR-related surprise at High End when the company showed planar-magnetic headphones. I got my second big surprise when it showed the AR-E100 ($199), a fairly high-end set of earphones with 10mm beryllium-diaphragm dynamic drivers. Beryllium is said to deliver the same advantages here as it does in many high-end loudspeaker tweeters: exceptional lightness combined with unparalleled rigidity. The over-ear-routed cables are replaceable, and an optional balanced cable is available. 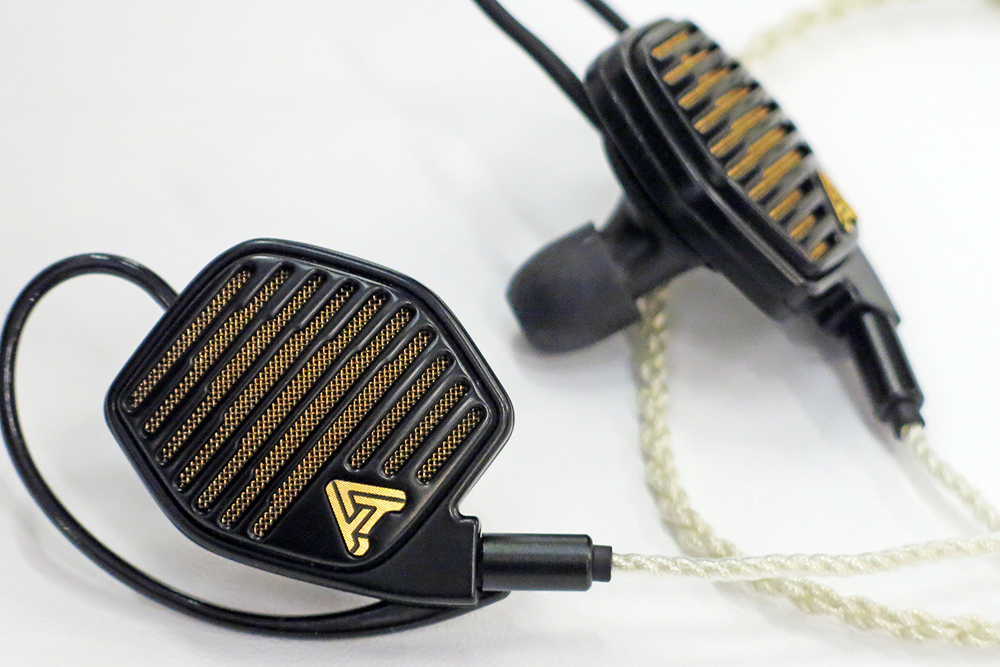 Audeze’s LCD-i4 earphones ($2495) are a greatly upgraded version of the iSine10s I recently reviewed. It’s the same revolutionary form factor: an open-back planar-magnetic headphone adapted to an earphone design. The differences are that the LCD-i4s use the same ultra-thin 0.5-micron-thick diaphragm material used in the company’s flagship LCD-4 over-ear headphones. It also replaces the iSine10s’ plastic enclosures with magnesium, which is said to be less resonant and allows the LCD-i4s to deliver stronger bass response, down to a rated 10Hz. Also unlike the iSine10s is that the LCD-i4s are not dependent on an optional Lightning cable to deliver their best performance. Audeze assumes anyone using earphones this costly will be using a high-end portable player with a good amp built in, so the company voiced the LCD-i4s accordingly. 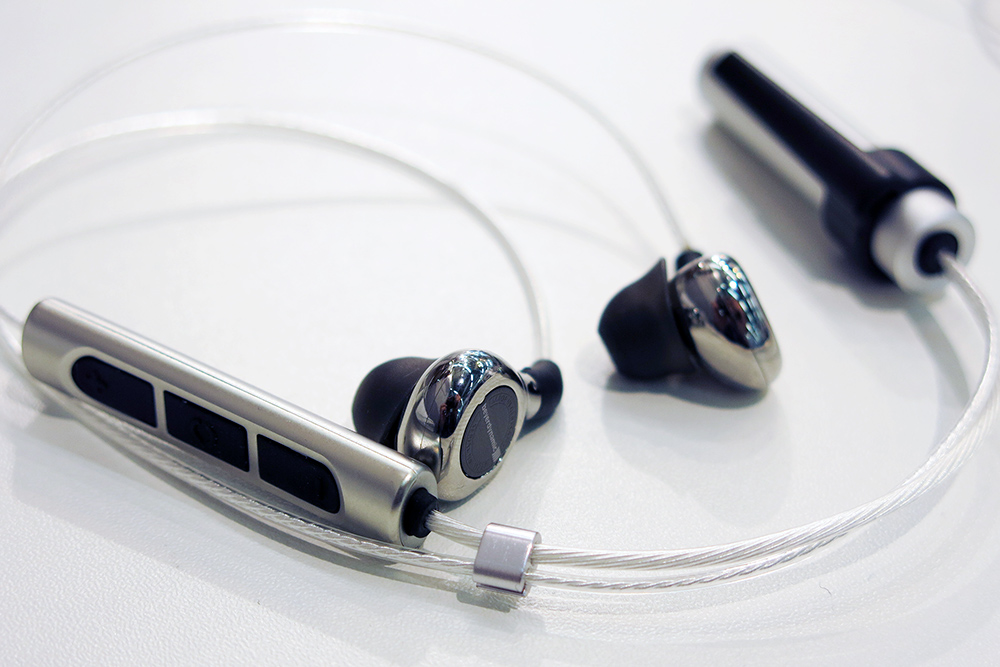 Beyerdynamic’s Xelento Wireless earphones (€1199) offer something quite unusual: real audiophile-grade components in a set of Bluetooth earphones. The earphones themselves use Beyerdynamic’s Tesla dynamic driver technology, with an internal amp, Bluetooth receiver, and rechargeable battery pack that clips onto the listener’s clothing. An inline remote/microphone lets you take phone calls, and the battery life is rated at 5.5 hours. I’m happy to see that they come with seven pairs of silicone tips and three pairs of Comply foam tips, making it much more likely that the listener will get a good fit and the best possible sound. 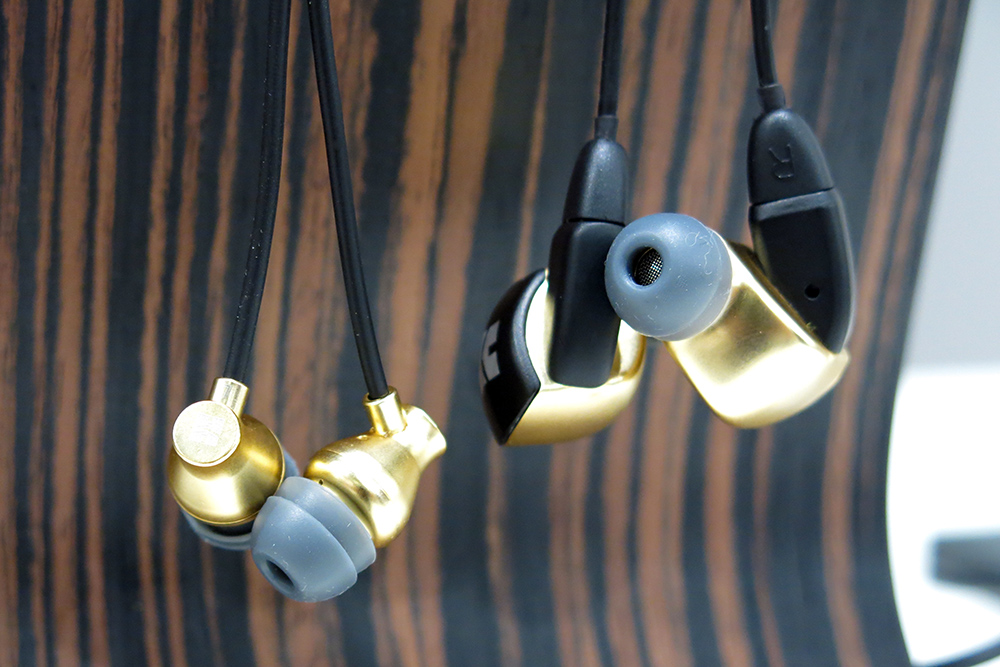 HiFiMan showed a preliminary version of its RE2000 ultra-high-end dynamic earphones (right, $1999) at CES 2017; at High End, the company showed the final version of the RE2000s along with the RE800s (left, $699). Both employ technology that company founder Fang Bian developed when researching his Ph.D dissertation. They use dynamic drivers, each applied with a thin coating in a specific intricate pattern found to produce the best frequency response and overall sound quality. The RE2000s have larger acoustical chambers with slightly different drivers, plus detachable cables and over-ear cable routing. 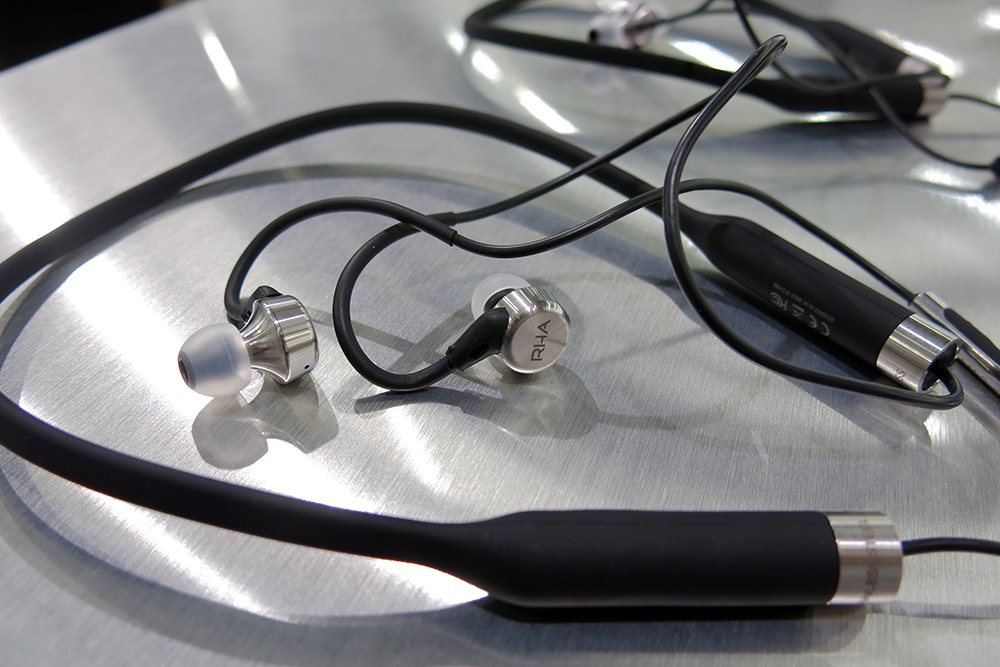 RHA’s metal-bodied earphones have caught on with many enthusiasts, and now the company’s combining that engineering with the necklace-style Bluetooth module popularized by LG. The MA750 Wireless earphones (front, $169) use the same stainless steel-enclosed earpieces as the company’s MA750 earphones, with over-ear cable routing. The MA650 Wireless ’phones (rear, $99) use standard cable routing and aluminum enclosures. Both have a rated 12-hour battery life and a splash-proof, sweat-proof design. 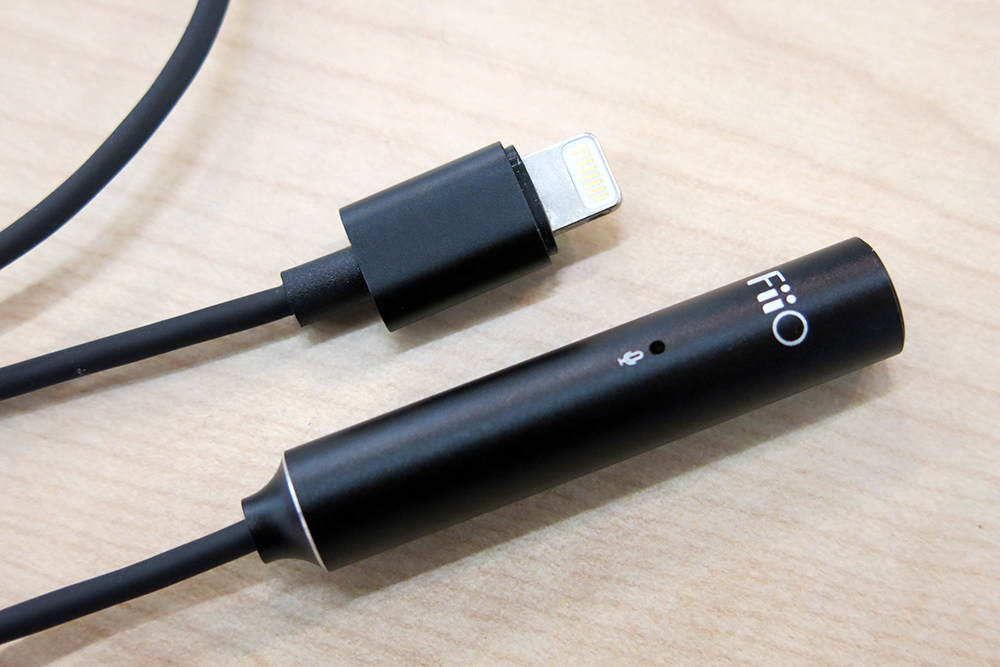 FiiO’s i1 Lightning adapter (€49) isn’t an earphone per se, but I’m sure it’ll be used with a lot of them. Plug the Lightning cable into an Apple iOS device (such as the notoriously headphone-jack-lacking iPhone 7) and plug your headphones into the other end. It’s meant as an upgrade to the stock Lightning analog headphone adapter Apple provides. Not only does it promise better fidelity than Apple’s stock adapter, but it also has a rugged aluminum-alloy body and a built-in microphone/remote that lets you take phone calls.