With high-end audio scaled back at CES 2019 to just a couple of dozen companies, headphones dominated the audio scene at the show. Here’s the second part of my headphone coverage from CES 2019. In addition to the models I’ve featured here and in my previous report, there were many other new headphones launched at CES 2019 -- including a couple that are under embargo for another month or so, but for which I’ve already received review samples for SoundStage! Solo. These are just the ones I found most interesting. All prices in USD. 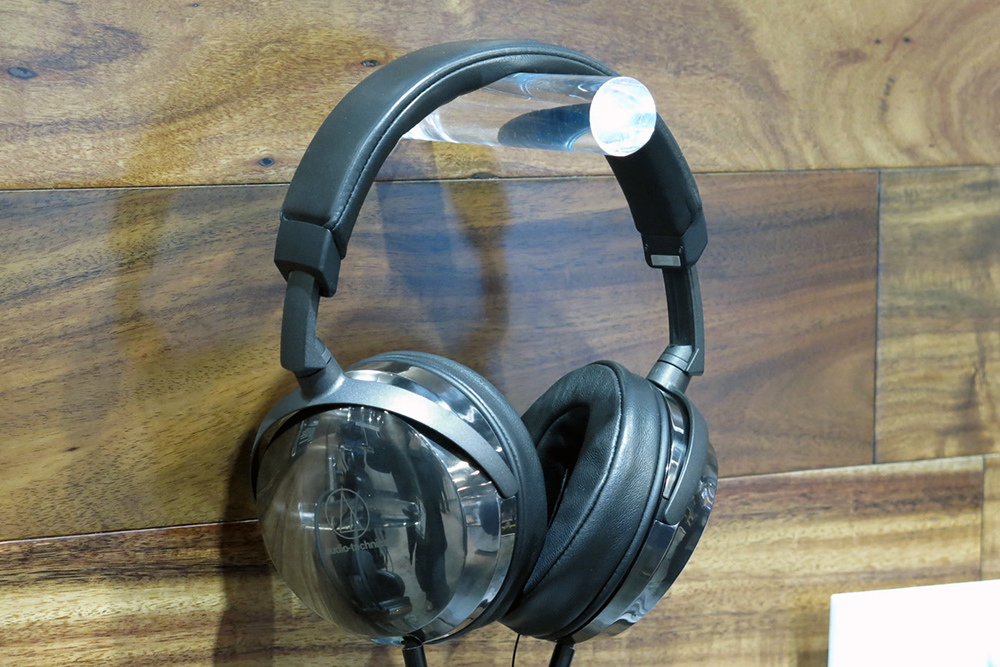 Audio-Technica introduced several new headphones at CES 2019, including a new high-end closed-back model, the ATH-AP2000Ti ($1250). The housings are made from stiff, light titanium. The driver is a 53mm dynamic stiffened with what Audio-Technica calls “diamond-like carbon,” or DLC. One feature Audio-Technica failed to herald is that when you remove the ATH-AP2000Ti’s, you can use the shiny earcups to make sure the headphones didn’t mess up your hair. 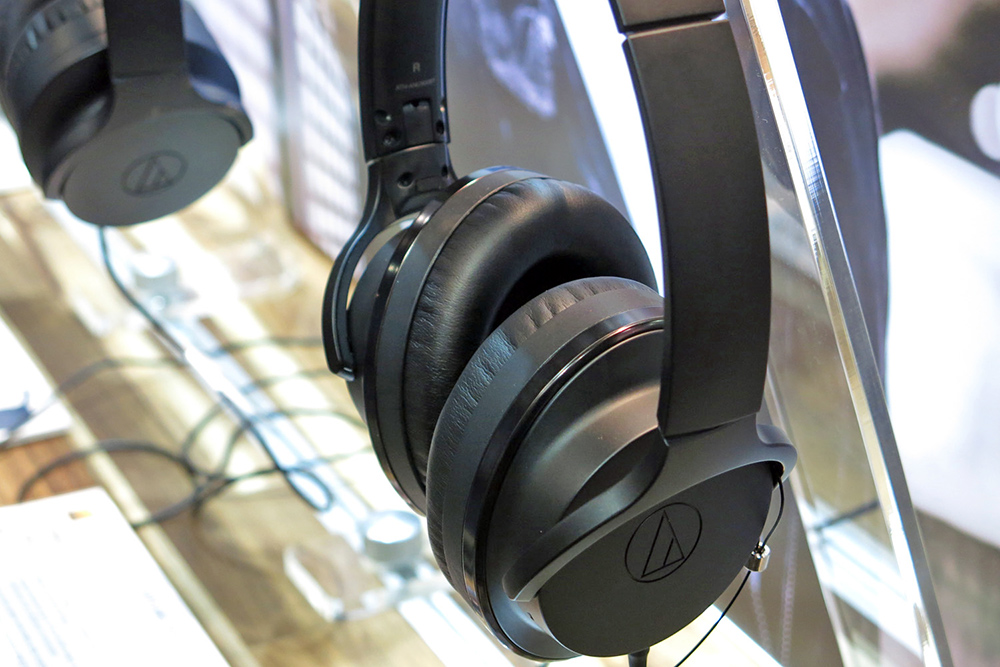 New top-of-the-line Audio-Technica noise-canceling headphones also debuted at CES 2019. They’re the ATH-ANC900BTs ($299.99), and they incorporate hybrid analog/digital noise canceling with three different levels plus a feature that allows the listener to hear ambient sound. Battery life with Bluetooth and noise canceling on is rated at an impressive 35 hours. Like the new ATH-AP2000Ti headphones, these also feature drivers with DLC coating, although these drivers measure 40mm in diameter. I’m wondering if the ATH-ANC900BTs might be the first Audio-Technica headphones to approach the noise-canceling power achieved by Bose and, more recently, Sony. 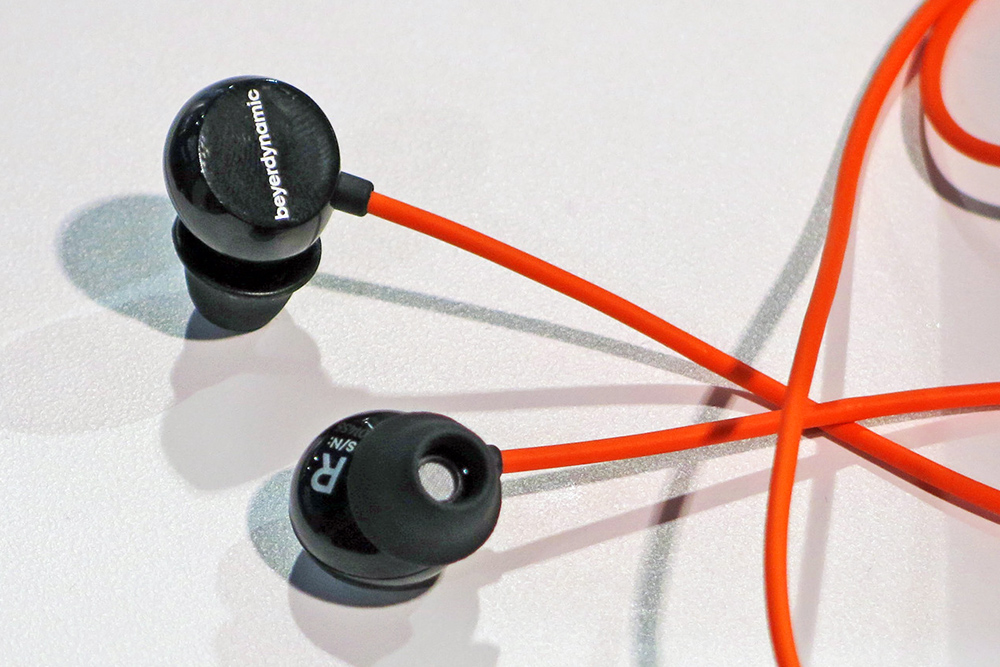 Beyerdynamic launched Byrd, a new line of affordable earphones, all in the company’s new black-and-orange signature color scheme. All have unusually flat earpieces designed to sit easily in the ear even if your face is leaning on a pillow. Unfortunately, the only one I could get a good photo of is the $24.99 Beat Byrd, a super-affordable model with a single dynamic driver per earpiece and a bass-focused sound. Higher-end models include the $89.99 Soul Byrd, which is said to have a more balanced sound; the $149.99 Blue Byrd, which is a neckband-style Bluetooth model; and the $269.99 Blue Byrd ANC, which adds noise canceling. I’d never seen the weird-looking conical eartips featured on these, but Beyerdynamic says they seal securely. 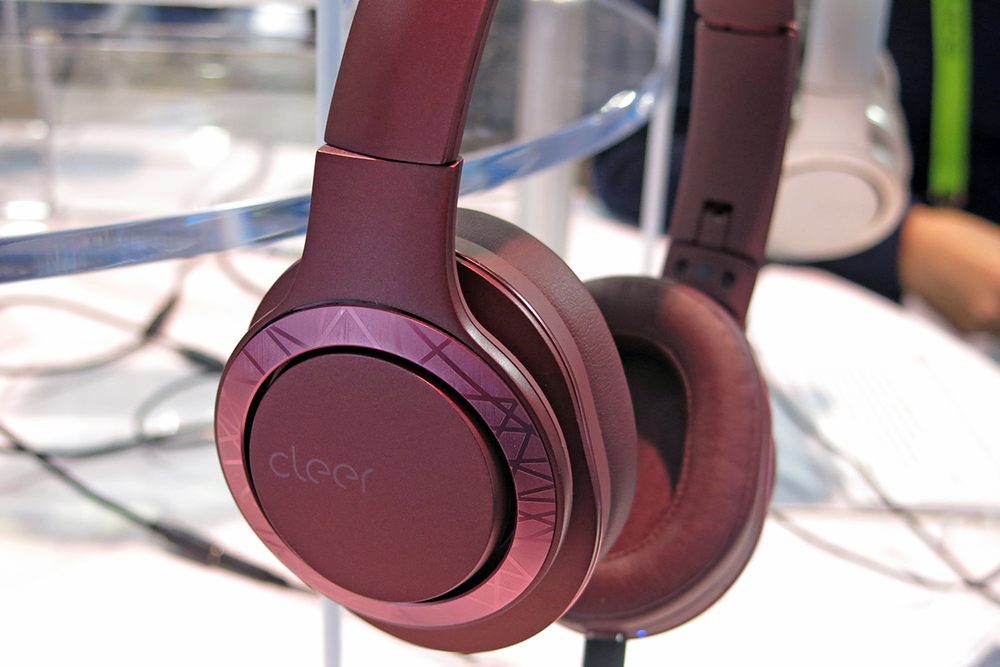 Headphone startup Cleer began shipping a couple of models last year, but CES 2019 seemed to mark a big step up for the company, with a nice booth and several new headphones incorporating Google Assistant access. The new Flow BT headphones shown here ($179.99) are Bluetooth equipped with a whopping 100 hours of rated run time from a single charge. The aptX and AAC Bluetooth codecs are included. There are also the Flow IIs, Bluetooth headphones with noise canceling that are said to be more comfortable than the original Flow headphones (which we were just about to review); included is Sony’s LDAC Bluetooth codec in addition to aptX and AAC. The company’s most unusual launch, though, was . . . 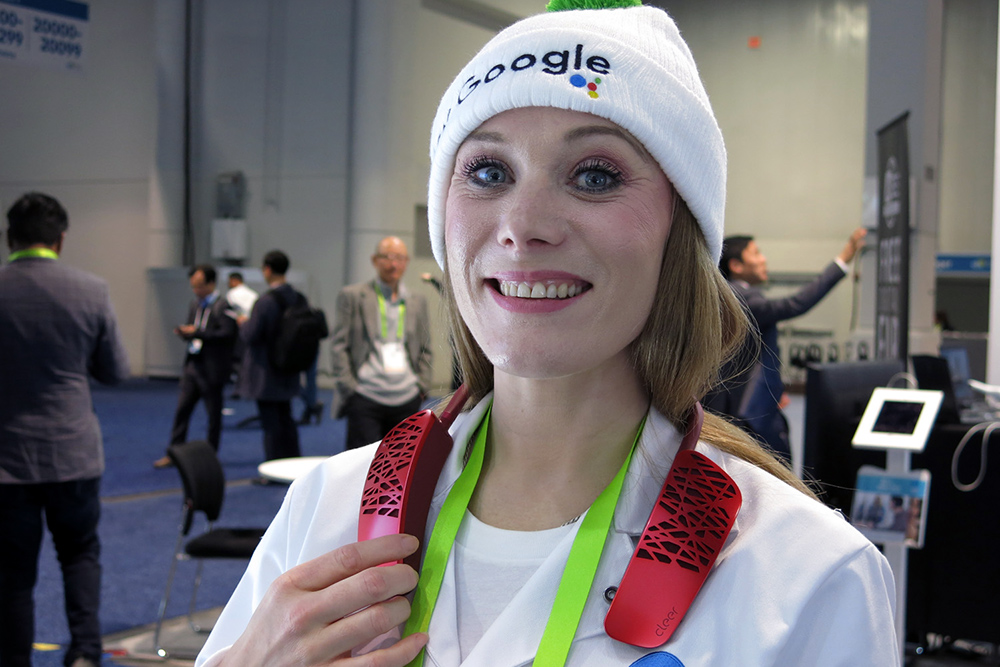 . . . the Halo neck speaker, sort of a cross between a Bluetooth speaker and headphones. We’ve seen somewhat similar products from Bose and JBL; the idea is that you can listen to music or podcasts while still hearing all the sounds around you. Although it looks as if the speakers blast out the front, those cool-looking grilles are purely cosmetic; the real speakers fire out of the tops of the enclosures, straight at the listener’s ears. The two enclosures are magnetized, so you can stick them together and create a Bluetooth speaker. 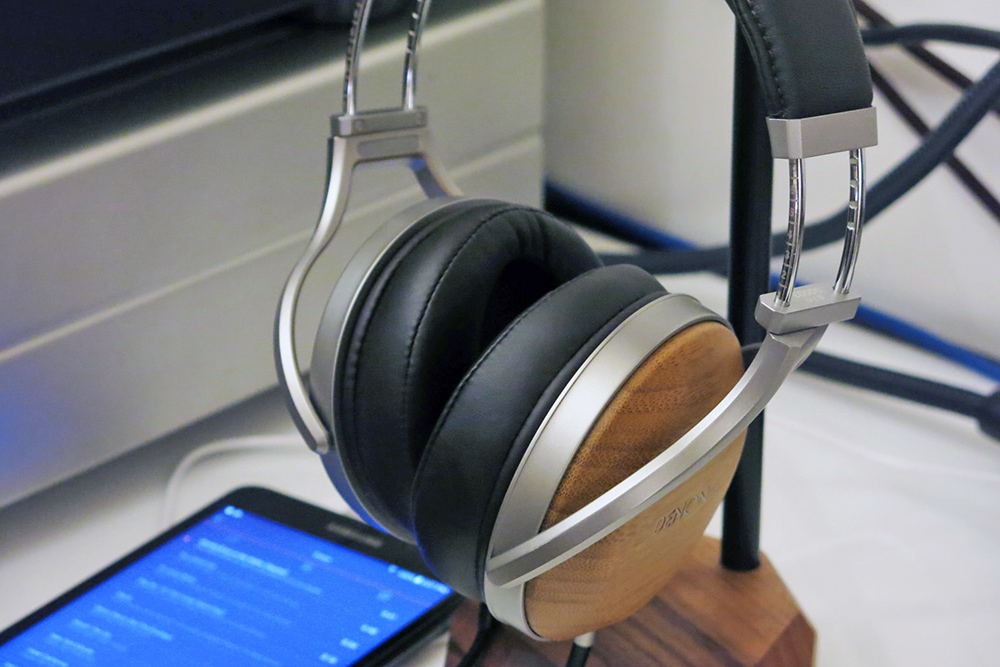 Sound United PR guy Paul Wilkie told me that Denon’s latest audiophile headphones have been available for several months, but that it was a “very soft launch,” with the headphones merely added to the company website with no fanfare and no reviews (yet). The AH-D9200 shown here ($1699) is the top-of-the-line model, with solid bamboo earcups and plush earpads covered in Japanese leather. The step-down model is the AH-D7200 ($999), with walnut earcups and less-fancy earpads. Both use 50mm dynamic drivers. 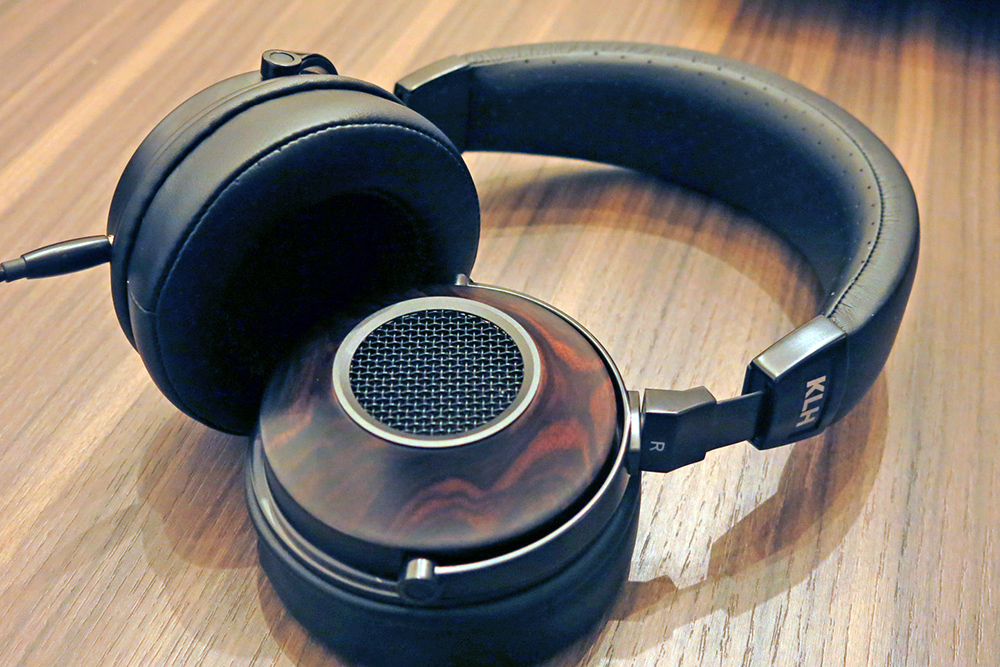 The surprisingly ambitious revival of the KLH brand, relaunched at last year’s CEDIA Expo, has now extended into headphones. The Ultimate One headphones ($499.98) shown here are an open-back design with a 50mm beryllium-diaphragm dynamic driver per side. The earcups are machined from solid ebony, while the earpads are made from memory foam of two different densities, shrouded in real sheepskin. The Ultimate Two earphones ($299.98, not shown) are a neckband-style design with aptX Low Latency Bluetooth, yet they can also be used in wired mode. Each of the aluminum-alloy earpieces contains a 10mm beryllium-diaphragm driver and a new balanced armature driver said to deliver a smoother sound than existing balanced armatures.