CES 2018: My Favorite Things -- and the One Thing They Have in Common

At this year’s CES, I heard some products that really captured my attention, and even though they were quite different, they have something in common: the Athena project. This experimental research project was conducted at Canada’s National Research Council (NRC), in Ottawa, more than two decades ago, and it sought to define the type of sound listeners would prefer from a loudspeaker. Researchers identified a “target curve” for frequency response that listeners preferred, and at that time they experimented with making the in-room response of a speaker more closely meet that preference by using digital signal processing (DSP). Back then it wasn’t practical to implement DSP in a loudspeaker, but many loudspeaker manufacturers still designed their products to meet that target curve acoustically -- and they still do to this day, both acoustically and now with DSP.

Loudspeaker designer Paul Barton participated in some of that NRC research. At CES 2018 he was demonstrating the PSB M4U 8 and NAD Viso HP70 headphones, which he designed. Both feature RoomFeel, a technology based on the original Athena research. RoomFeel is implemented with DSP to tailor the sound of these headphones to make them “sound like a pair of flat-measuring, full-range speakers properly set up in a good room.” 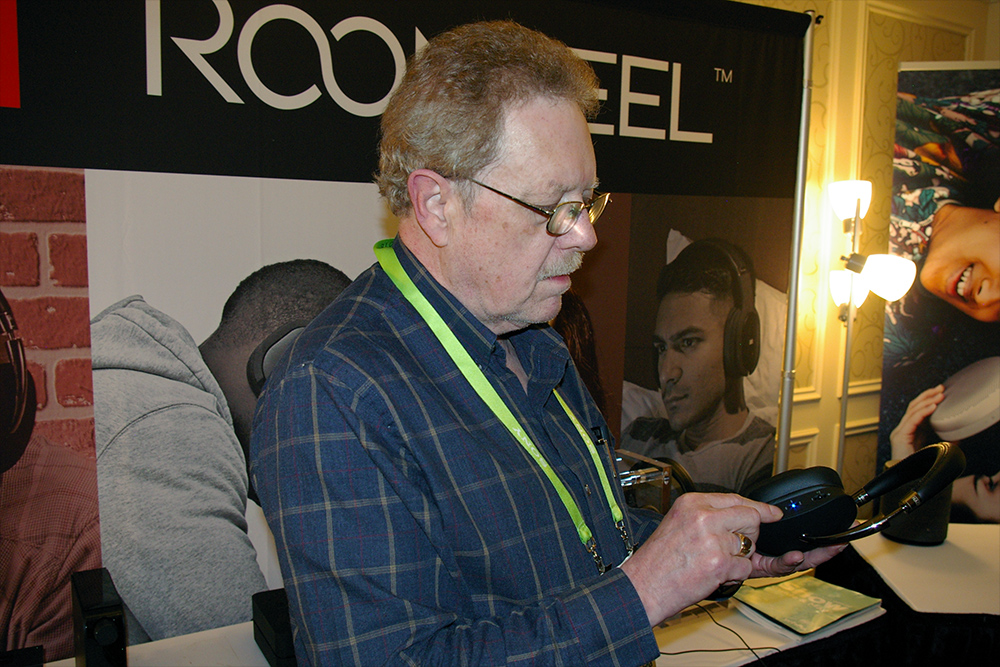 A couple of years ago, Paul invited a group of journalists (including our own Doug Schneider) to the NRC to demonstrate RoomFeel in the anechoic chamber there. The demonstration involved listening to a pair of speakers in the chamber with different target response curves using Dirac Live Room Correction Suite DSP software. By playing back the speakers in the chamber, which does not have any room reflections to alter their sound, he could closely simulate listening to a pair of headphones. Thus, he could apply the results of these experiments in the anechoic chamber with loudspeakers to target curves used with headphones. According to Paul, the target response curve of the RoomFeel Technology that he now uses in his headphones is an average of the target curves that were chosen by the different participants of that experiment at the NRC.

Previous versions of headphones from PSB and NAD also featured RoomFeel, but did so through acoustical means only, so without the aid of the DSP built into the latest generation of their headphones. Listening to both the new PSB M4U 8 and NAD Viso HP70 headphones, I was struck by how they sounded noticeably better than my PSB M4U 1 headphones, which feature the previous non-DSP version of RoomFeel. The sound was now more spacious and open and seemed to extend outside of the headphones and wrap around towards the front of my head. Not only that, the sound was very detailed yet still smooth, natural, and non-fatiguing. I often find listening to headphones to be a bit of a claustrophobic experience, as the sound seems constrained to a small space around my head rather than having a large coherent soundstage as when listening to loudspeakers. I believe that Barton has achieved his goal of making these new headphones sound more like a good pair of loudspeakers. At a price of $399, both the M4U 8 and Viso HP70 also feature very good noise cancellation and wireless connectivity, and they operate in both active and passive modes. I’ll be ordering a pair of M4U 8s for myself as soon as I get home. 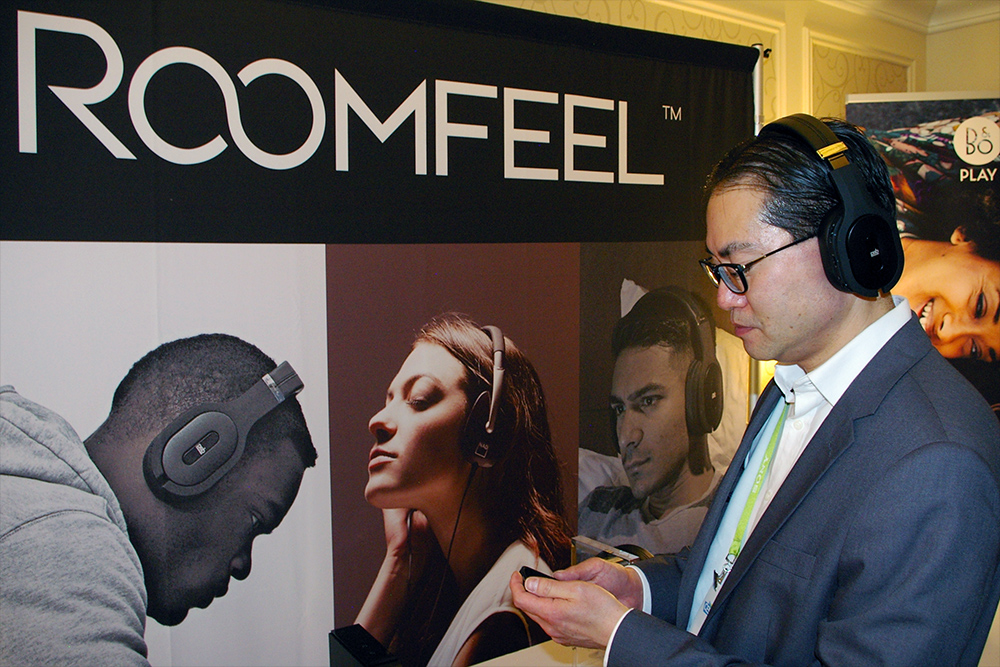 Also at the Venetian hotel at this year’s CES, Paradigm and Anthem were demonstrating an audio system that had a cost of just under $20,000 (excluding cables and source), consisting of a pair of Paradigm Persona 3F loudspeakers ($10,000 per pair), Anthem STR Preamplifier ($3999), and Anthem STR Power Amplifier ($5999). This is not an insignificant cost for a system, but considering the quality of the sound, I would consider this system to be an excellent value. The sound was extremely clean and precise with razor-sharp imaging of vocals and instruments. I also heard loads of tight, clean bass, even in the acoustically challenging hotel room setting. 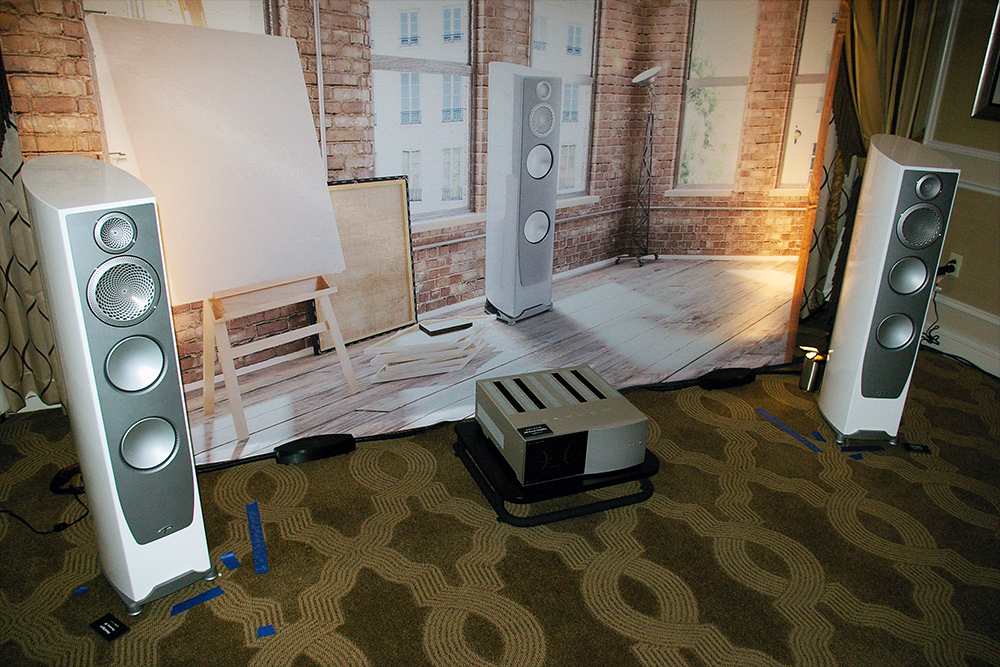 So what does a $20k system from Paradigm/Anthem have in common with the $399 headphones from PSB and NAD? Both have benefited from that groundbreaking Athena research done at the NRC several decades ago. Not only are the Persona loudspeakers -- and all Paradigm loudspeakers -- designed according to the principles of that research, but so is the Anthem Room Correction (ARC) system that’s used in the STR Preamplifier. Both Marc Bonneville and Peter Schuck, who designed the Anthem components and the ARC software, participated in that research, and they now work at the Paradigm Advanced Research Centre (PARC), which is also in Ottawa. 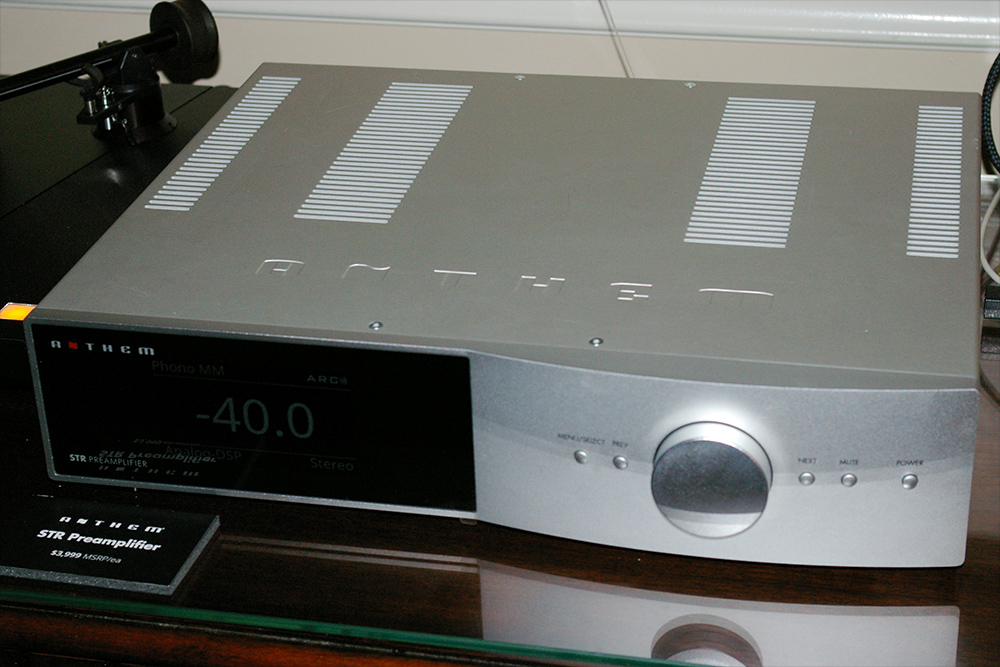 The sound quality of the system was no doubt also due in part to the quality of the STR Power Amplifier and the Persona 3F loudspeakers, but I’m sure that it also had something to do with the sophisticated DSP of the ARC system used in the STR Preamplifier, as well as the inherent sound quality of that product. As I sat there listening to a wonderful presentation of Nat King Cole performing “Unforgettable” on vinyl, processed through the STR Preamplifier’s sophisticated DSP engine, I couldn’t help wondering why more stereo preamplifiers and integrated amplifiers don’t incorporate room-correction systems.